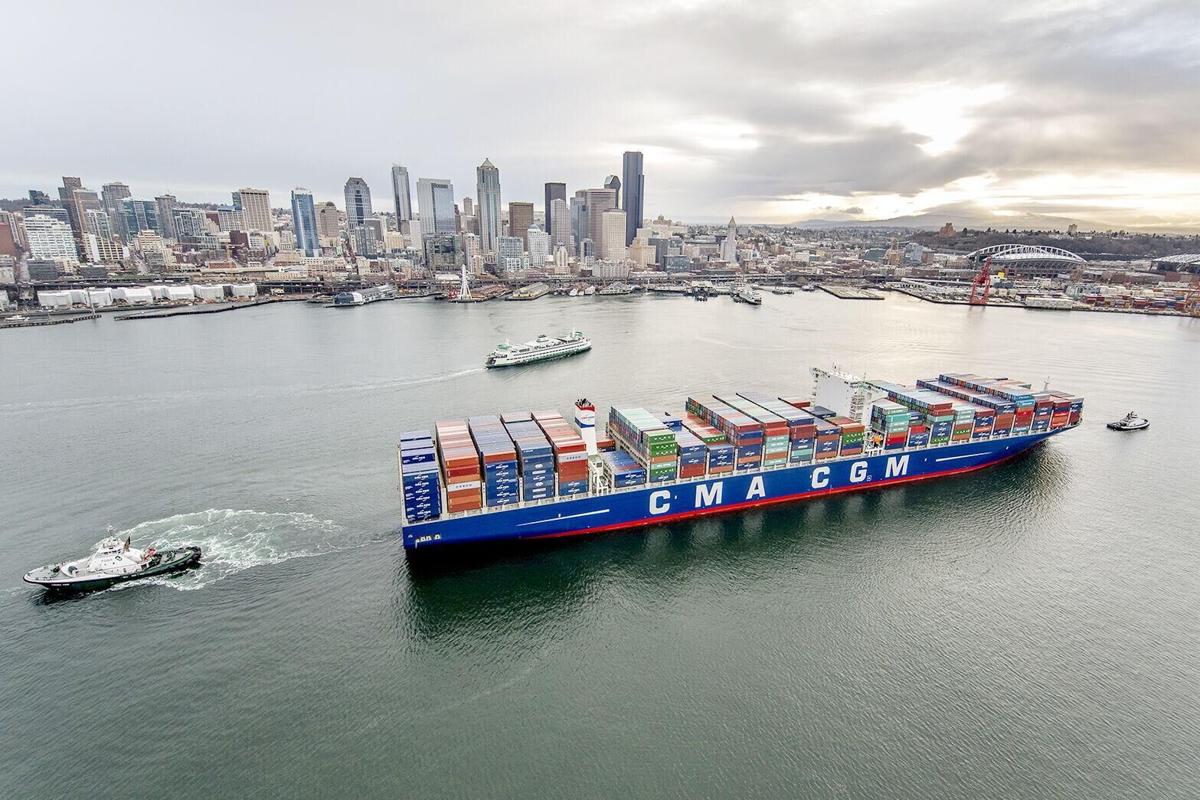 The CMA-CGM Benjamin Franklin arrives in Elliott Bay and prepares to dock at the Port of Seattle. {div id=”highlighter--hover-tools” style=”display: none;”} {/div} 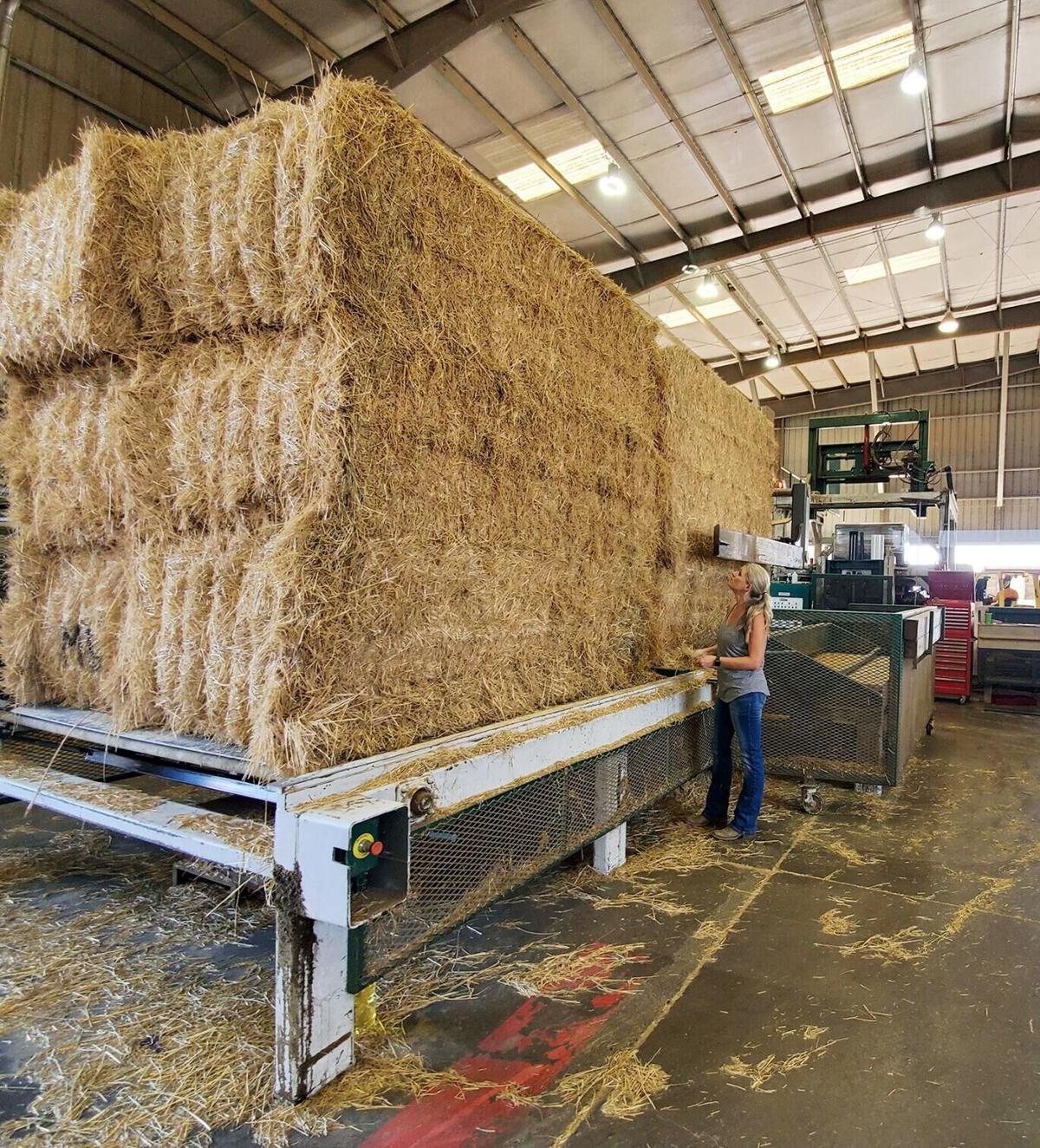 Grass straw is baled for shipping overseas at BOSSCO Trading, which works with approximately 40 farms in the Willamette Valley. 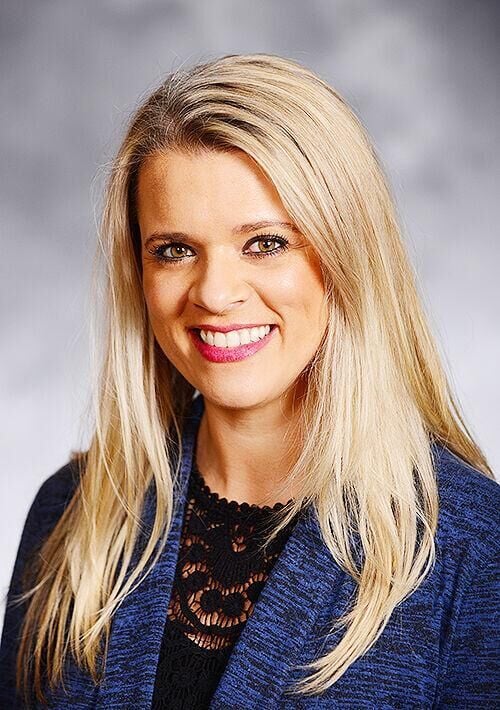 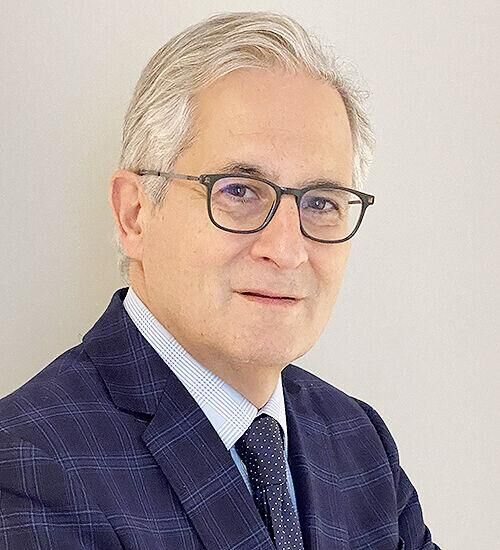 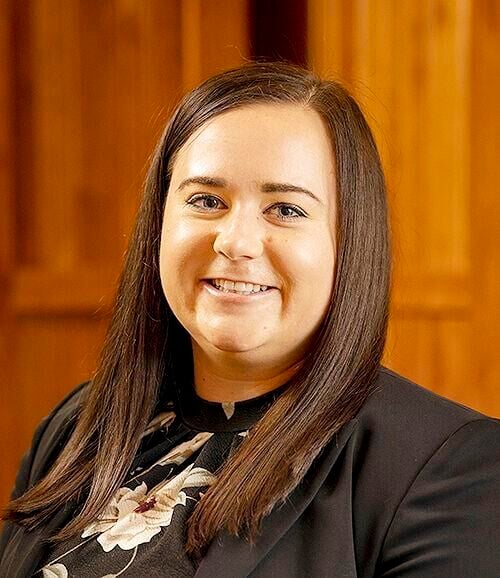 The CMA-CGM Benjamin Franklin arrives in Elliott Bay and prepares to dock at the Port of Seattle. {div id=”highlighter--hover-tools” style=”display: none;”} {/div}

Grass straw is baled for shipping overseas at BOSSCO Trading, which works with approximately 40 farms in the Willamette Valley.

TANGENT — As congestion at ocean ports along the West Coast has continued in 2021, Alexis Jacobson has seen her schedule thrown into chaos.

Jacobson is the international sales manager for BOSSCO Trading, a company based in Tangent, near Albany, that sells grass straw from farms around the Willamette Valley to customers in Japan and South Korea. The straw is used as feed for beef and dairy cattle.

Under normal circumstances, Jacobson spends roughly an hour a day working with ocean carriers to ensure their cargo makes it aboard ships bound for Asia.

That was before COVID-19 inflamed a nationwide shipping crisis that has snarled ports, catapulted costs and left agricultural exporters scrambling for options.

“We’re constantly making a plan, and then changing that plan because of circumstances out of our control,” said Jacobson, who now spends most of her time each day calling audibles whenever a vessel is late, or the booking is canceled. Timetables are constantly in flux, and often change with only a few days’ notice.

Ag exports impactedBOSSCO Trading is hardly alone. Just about every Northwest farm exporter — from Oregon hazelnuts to Washington apples to Idaho potatoes — is feeling the pinch.

Shipping containers that once sat on the docks for three to eight days are now waiting a month or longer to be loaded onto vessels, depending on their destination.

In some cases, carriers are foregoing Asia-bound exports altogether, opting instead to send empty containers back to Asia, where they are loaded with higher-priced merchandise such as clothing, footwear and kitchen appliances. Critics of the practice describe it as a money grab, with the industry reporting record profits this year of more than $200 billion.

While that added cost can be tacked onto the prices of most consumer goods, farmers are largely price-takers, meaning they cannot pass along higher costs.

Peter Friedmann, executive director of the Agriculture Transportation Coalition, a trade group in Washington, D.C., that represents U.S. agricultural exporters, said he has heard from at least one member — a hay grower in Washington — who did not bother cutting hay for the first time because he could not get his product through the ports.

“If we can’t deliver it affordably and dependably, our foreign customers will go somewhere else,” he said. “The reality is, there is nothing we produce here in the U.S. agriculturally ... that can’t be sourced from somewhere else in the world.”

Experts say the logjam at ports will likely persist well into 2022, though new legislation and infrastructure improvements may help to alleviate the problem.

Most terminals along the West Coast, he said, were built to accommodate smaller ships that carried 7,000 containers at a time. Today’s largest vessels are almost a quarter-mile long and carry from 18,000 to more than 22,000 containers.

“There’s no place to store this stuff when it gets off (the ship),” Friedmann said. That’s especially true in cities where the docks are surrounded by busy downtown areas.

Friedmann said the U.S. also has some of the lowest allowable truck weights in the world, with California interstate highways capped at 80,000 pounds gross weight. Instead of hauling loads in one or two truckloads, he said it takes two or three, contributing to the shortage of chassis and drivers.

The American Trucking Associations estimated the driver shortage would hit a record high of more than 80,000 drivers by the end of the year.

Although these problems had been festering in the U.S. for decades, Friedmann said, the coronavirus pandemic brought them to a head in 2020.

COVID-19 caused shutdowns at ports and factories in China, which limited the production and movement of products. Meanwhile, more Americans were stuck at home and shopping online, amping up demand for imported consumer products.

That created the perfect recipe for delays. Last month, a record 111 container ships were anchored off the Southern California coast, waiting to dock and unload their cargo.

In a recent survey, Agriculture Transportation Coalition members reported losing 22% of their export sales due to supply chain problems.

“There’s this shipping fatigue that’s really starting to set in,” said Boshart Davis, who also serves as a Republican representative in the Oregon Legislature. “We pride ourselves on being flexible, but it feels like we’re putting out fires every day, every hour, all the time.”

BOSSCO Trading markets straw from about 40 grass seed farms around the Willamette Valley.

Once the seed crop is harvested, BOSSCO’s crews arrive to rake and bale the leftover straw, which then goes to a hay press in Salem. The bales are loaded into shipping containers and sent to ports in Seattle, Tacoma and Portland via truck and rail.

Normally, BOSSCO Trading handles 2,200 containers in a year. However, Jacobson said it is becoming harder to find containers, as they are stuck on ships or at docks. Bookings from some carriers have also been canceled for months — called “vessel voids” — leaving products stranded.

Boshart Davis estimates the company’s costs are up 100% to 150% between increased rates and fees, to say nothing of the mental and emotional toll.

“When you can’t be productive and efficient ... it costs a lot of money when you’re scrambling all the time,” she said.

Todd Fryhover, president of the Washington Apple Commission, said his members are under similar pressure.

Apples are Washington’s most valuable agricultural commodity, with $2.1 billion in sales in 2020. About 30% of the state’s production is exported, though Fryhover said port congestion has producers concentrating this year more on North American markets as opposed to overseas.

But that also has a cost. For every 1 million boxes of fresh apples shifted into the U.S. domestic market, the price drops about 50 cents per box as supply begins to overtake demand, Fryhover said.

“The entire supply chain has been affected,” he said. “It’s not easy to point at one place and say, ‘Fix this and everything will be better.’ That’s certainly not the case.”

Increasing capacityThe vast majority of marine cargo in the Northwest is handled by the ports of Seattle and Tacoma, Washington, governed by the Northwest Seaport Alliance. It is the fifth-busiest container gateway in the U.S., behind the ports of Los Angeles, Long Beach, New York-New Jersey and Savannah, Georgia.

Tom Bellerud, chief operations officer for the seaport alliance, said agriculture is a dominant exporter in the region.

Congestion has hampered the Seattle-Tacoma gateway, Bellerud said, though he sees signs that pressure may be letting up somewhat. The number of ships that were once backed up in Seattle — albeit not as extreme as Southern California — is now the lowest it has been “in a very long time,” he said.

Both Seattle and Tacoma are using alternative container yards, freeing up valuable space on the terminal docks and allowing products to move more efficiently, he said.

“We have the luxury of having some additional land and space near our terminals that can offer greater utility to the overall operations,” Bellerud said.

The biggest upgrade, however, will be the reopening of Terminal 5 in Seattle, he said. The 185-acre terminal has been under construction for several years. It is slated to go into service in phases beginning in January, with more than $500 million in improvements.

“That will open some space and relieve some congestion at Terminal 18,” Bellerud said.

Bellerud said he is not aware of any other major port operation bringing this much new capacity to the marketplace.

Solving the supply chain crisis is expected to take time, but agricultural groups are encouraged by a bill they say will crack down on shipping lines’ unreasonable practices and improve transparency for exporters.

The Ocean Shipping Reform Act of 2021 passed the U.S. House of Representatives with bipartisan support on Dec. 8, 2021. Lawmakers have said the bill will ensure maritime shipping remains competitive, reciprocal and protect businesses from price gouging.

Tracey Chow, federal government affairs specialist for Western Growers, said the bill is not a silver bullet, but as the shipping crisis eases it will allow the industry to ensure a level playing field for agricultural exporters.

“We want the commerce system to work for both sides,” Chow said.

For example, Western Growers — which represents vegetable, fruit and tree nut farms in California, Arizona, Colorado and New Mexico — has called out the practice of ocean carriers sending empty containers directly back to Asia instead of sending them inland to be loaded with agricultural goods for export.

Carriers are able to charge upward of $20,000 per container for imports from Asia, enticing them to skip agricultural exports altogether.

“From a business perspective, it’s hard to compete with that,” Chow said. “You can’t just keep bringing in imports and not have reciprocity for exports to leave.”

The Ocean Shipping Reform Act would prohibit carriers from declining U.S. exports “unreasonably,” as determined by the Federal Maritime Commission. It would also require common carriers to report to the commission total import and export tonnage, and loaded versus empty containers per vessel each quarter.

To incentivize efficiency, Chow said ocean carriers and ports may charge what are known as “detention and demurrage” fees if containers are not unloaded or returned quickly. The fees can be as much as $500 per day per container.

But with congestion at the ports, Chow said exporters may not have the flexibility to avoid getting hit with penalties.

It is typically up to the invoiced party to dispute whether these charges are reasonable. The bill would shift that burden of proof to the ocean carrier.

“(This crisis) has brought attention to how imbalanced the maritime shipping industry is becoming,” Chow said. “Everybody understands this is an issue that needs to be addressed.”

Looking ahead, Friedmann, with the transportation coalition, said the crisis at ports could drag into 2023 before ocean carriers can provide more ships and containers, and demand for imported consumer goods starts to abate.

“As long as people are staying home and buying these huge volumes of imported goods, and everything we own and play with is made overseas, this is going to continue,” he said.{div id=”highlighter--hover-tools” style=”display: none;”} {/div}

Market Data by TradingView
You don't have any notifications.

Get up-to-the-minute news sent straight to your device.