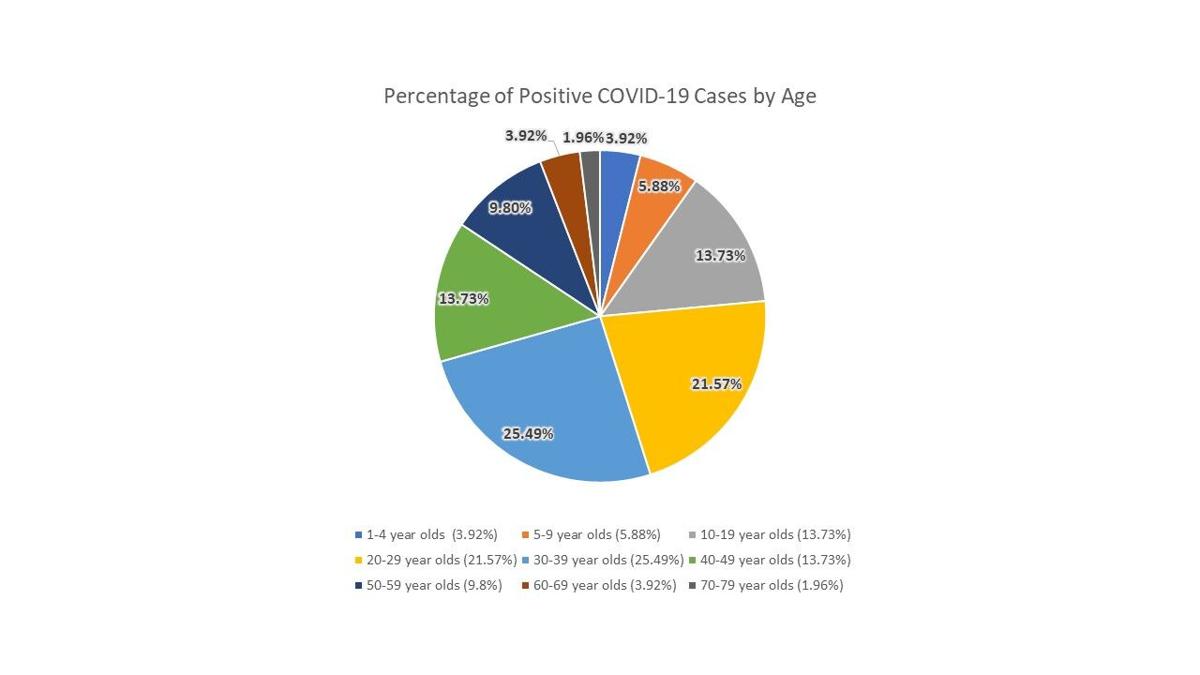 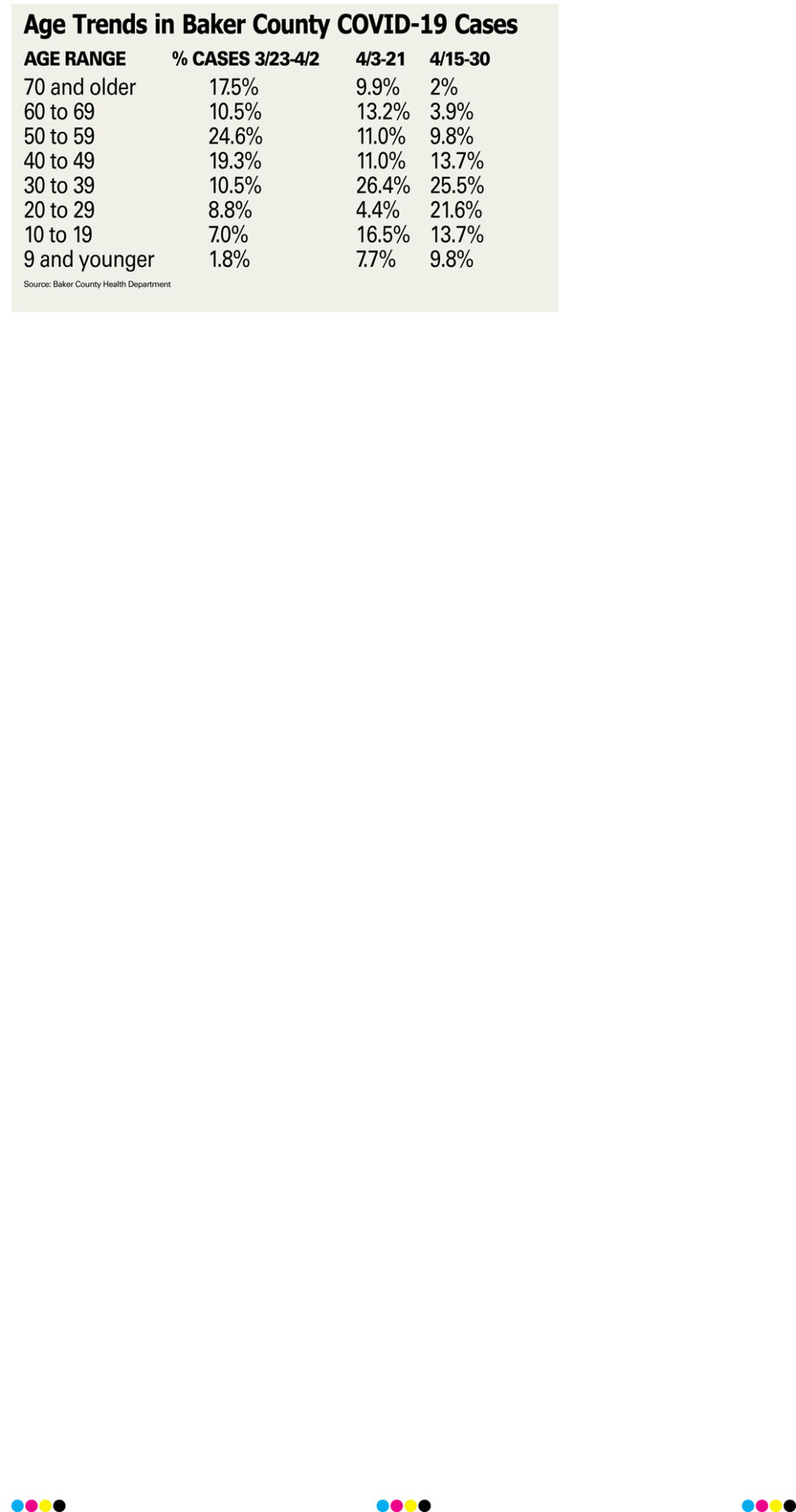 A large majority of COVID-19 cases in Baker County over the past two weeks or so were people younger than 40.

For the period April 15-30, almost 71% of the county's cases were people younger than 40, according to the Baker County Health Department.

The difference among age groups has been significant in county residents 70 and older, who also have the highest rate of vaccination.

From March 23 through April 2, for instance, people 70 and older accounted for 17.5% of the county's cases.

There were no cases during that period among people 80 and older.

About 65% of county residents older than 70 are fully or partially vaccinated, according to the Oregon Health Authority.

Meanwhile the percentage of cases among people younger than 40 has increased substantially, from 28% for the period March 23 through April 2, to almost 71% from April 15-30.

Although vaccination rates for county residents younger than 40 aren't available, the total number of residents in that age group who are partially or fully vaccinated is 775. That's 13.7% of the total people vaccinated in the county.