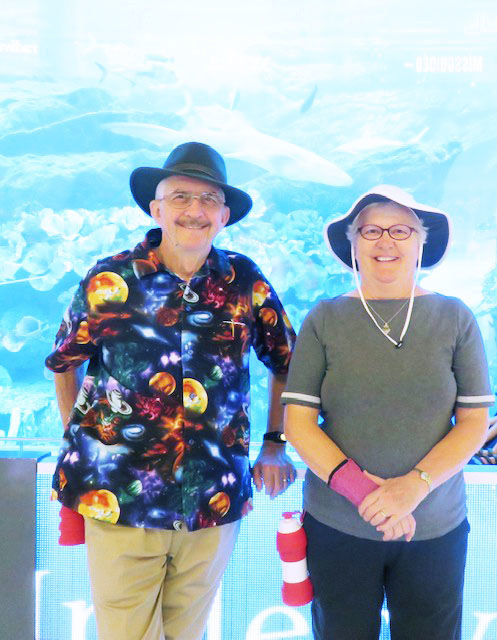 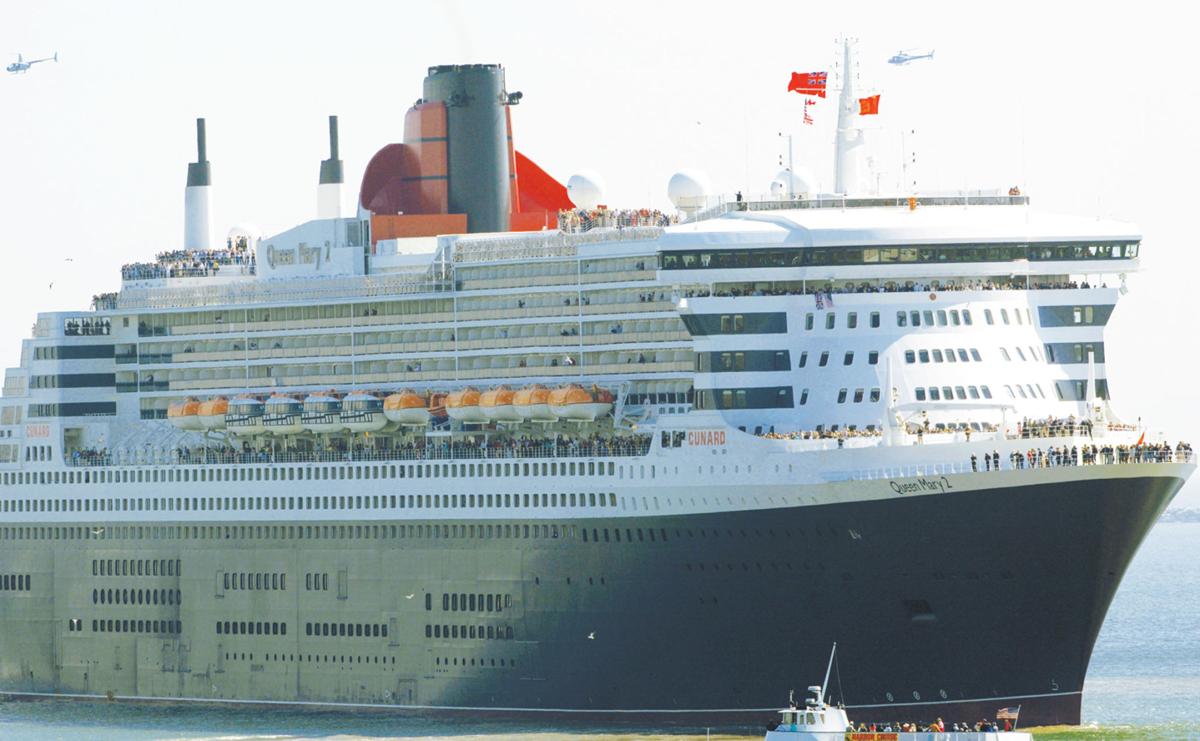 Rick and Penny Rienks were supposed to arrive today at Walvis Bay, Namibia, aboard the Queen Mary 2 ocean liner, one of more than 35 ports of call during a five-month, five-continent voyage.

Instead, the retired couple is home in Baker City.

The culprit in cutting short their voyage — it could hardly be otherwise these days — was the coronavirus.

The couple, who have sailed several times on the Queen Mary 2 over the past decade, had no mishaps during the first several weeks of the trip.

They left Baker City on Dec. 18, driving to Boise to catch a flight east.

The Rienkses boarded the Queen Mary 2 on Dec. 22 at New York City, bound for a Christmas cruise through the Caribbean.

It was a delightful experience, Rick said.

“There were 46 Christmas trees on board, and all the rooms were decorated,” he said.

The ship’s Caribbean ports of call include Barbados and St. Kitts.

The couple also spent New Year’s Day at sea before returning to New York and on Jan. 3 departing for the transAtlantic voyage to Southampton, England.

(That’s the reverse route, by the way, of the Titanic on its ill-fated maiden voyage in April 1912.)

The trip across the North Atlantic wasn’t so tranquil as the Caribbean tour, Rick said, as the Queen Mary 2 steamed through a North Atlantic storm that rated 10 on the 12-level Beaufort scale. A Force 10 storm has winds up to 63 mph and waves as high as 41 feet.

He pointed out that such conditions are hardly atypical during winter in that part of the Atlantic, which is infamous for its severe weather.

Rick said the ship had to detour to Halifax, Nova Scotia, twice to evacuate passengers for medical reasons — unrelated to coronavirus.

The second incident, on Jan. 5, took place during the storm.

“Looking out after dark we saw the snow blowing horizontally and our balcony was rimmed with ice,” he said. “In those conditions, towards dawn, the passenger was airlifted away.”

The Queen Mary 2 arrived at Southampton on Jan. 10, and the Rienkses departed two days later on the next leg of their voyage, arriving first at Lisbon, Portugal, on Jan. 13.

At that point the word “coronavirus” had still yet to be uttered, Rick said.

And the journey continued as planned for almost another month.

The couple visited several sites in the Middle East, including Israel and Jordan.

In late January they were remarried at the ancient site of Petra in Jordan.

After visiting the United Arab Emirates and reboarding the Queen Mary 2 on Feb. 2, the couple made port at Colombo, Sri Lanka, in the Indian Ocean, on Feb. 5.

But the Rienkses wouldn’t leave the great liner again for more than a month.

On Feb. 9, as Rick puts it, “the great disruption begins.”

The Queen Mary 2’s captain announced that due to concerns about the coronavirus, which was at that time ravaging China, the ship would steam directly to Australia.

The itinerary didn’t call for the Queen Mary 2 to reach an Australian port until Feb. 26.

The change meant the couple missed several ports in the Orient, including Hong Kong, Thailand, Malaysia and Vietnam.

The ship arrived at Fremantle, Australia (part of the Perth metropolitan area on the west side of the continent), about a week later.

Although Rick said he and Penny were disappointed about having to forego so many sites they had hoped to visit, he was happy, considering the coronavirus situation, “to be on a disease-free ship.”

“They were really, really serious about cleaning everything on the ship,” he said.

After stopping at Fremantle, the Queen Mary 2 spent the next month circumnavigating Australia — but without stopping in any ports.

At that time, Rick said, they had no indication that the rest of their trip, which included visits to South Africa and the Canary Islands before returning to England, where they planned a two-week tour of Wales during late April and early May, would also be canceled.

That unwelcome news came when the ship returned to Fremantle on March 15. This time the captain ordered all passengers, save those who for medical reasons couldn’t fly home, to disembark.

“We weren’t thrilled with the concept,” Rick said.

The Cunard line, which owns the Queen Mary 2, paid for motel rooms and airline flights for passengers.

Rick recalls walking through the lobby of the hotel where he and Penny stayed before flying home and watching their fellow passengers, some of whom looked rather “dazed” by the rapid change.

“All of the sudden they’ve become refugees,” he said.

Despite their disappointment — Penny, for instance, was excited about taking a photo safari in Africa — the Rienkses were also anxious about what was happening in the U.S., and they were eager to return home.

Rick said an official at the consular office in Perth urged them to book flights as soon as possible.

Penny did so, and the couple flew from Perth to Sydney to Honolulu to Seattle to Spokane and, finally, to Boise.

Their neighbor, Marydee Rea, picked them up in Boise and drove them back to Baker City, which they hadn’t expected to see until May 20.

Rick said he and his wife, who are experienced blue water sailors, having crossed the Pacific on a 36-foot vessel, plan their voyages on the Queen Mary 2 far in advance.

He said Penny sometimes starts assembling their itinerary 18 months ahead of their departure.

“Prices are always the issue,” Rick said. “We try to get the biggest bang for our buck.”

Ultimately, he said, the trip, despite the upheaval, was a success.

“After all, we ducked the coronavirus, were refugees for a while and arrived safely home,” Rick said. “All in all it proves when you travel, you are in for an adventure. That is the point of travel.”

“They were really, really serious about cleaning everything on the ship.”

— Rick Rienks, who with his wife, Penny, was on a world trip aboard the ocean liner Queen Mary 2 when the coronavirus crisis cut their trip short by two months