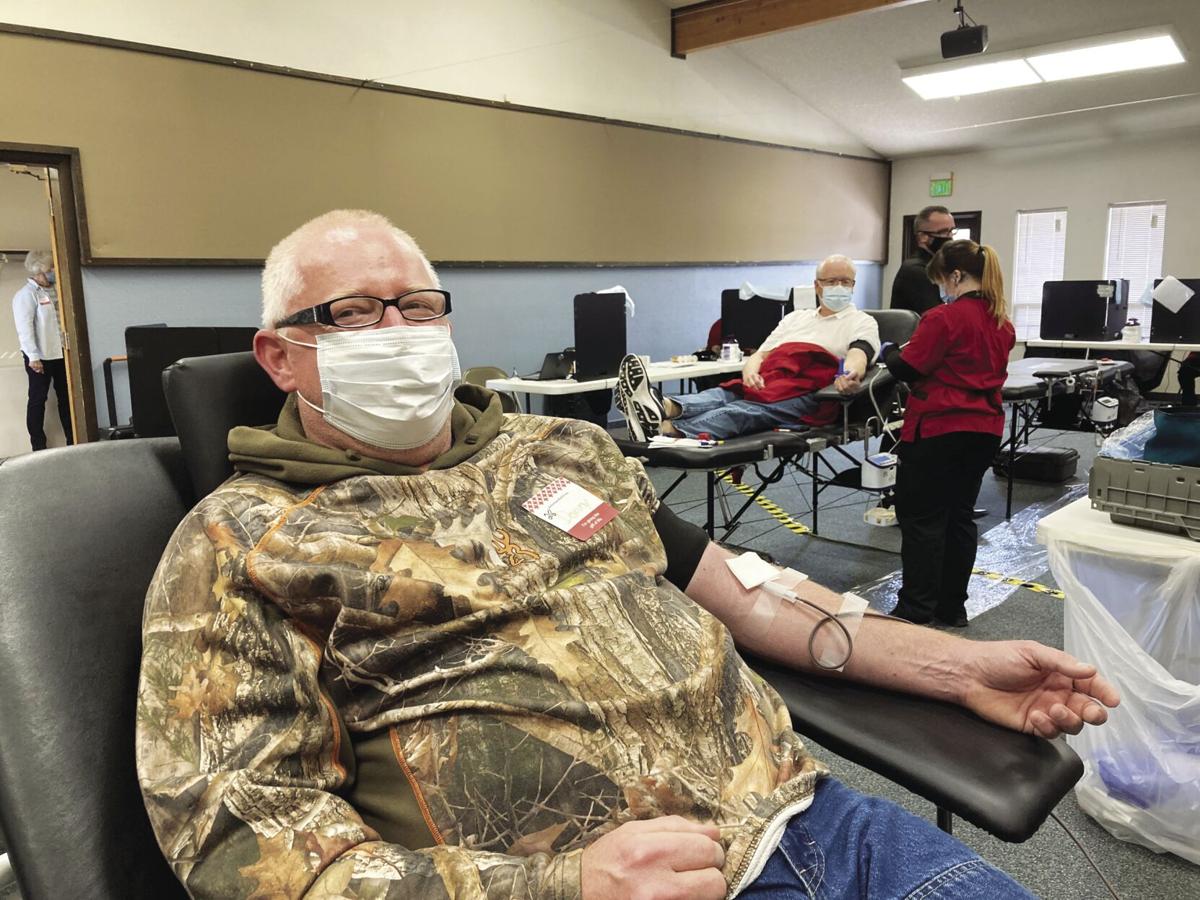 Danny Story donated blood for the first time on Monday, March 29, at the Nazarene Church in Baker City. In the background is veteran donor Doug Gaslin, who has given about 20 pints. 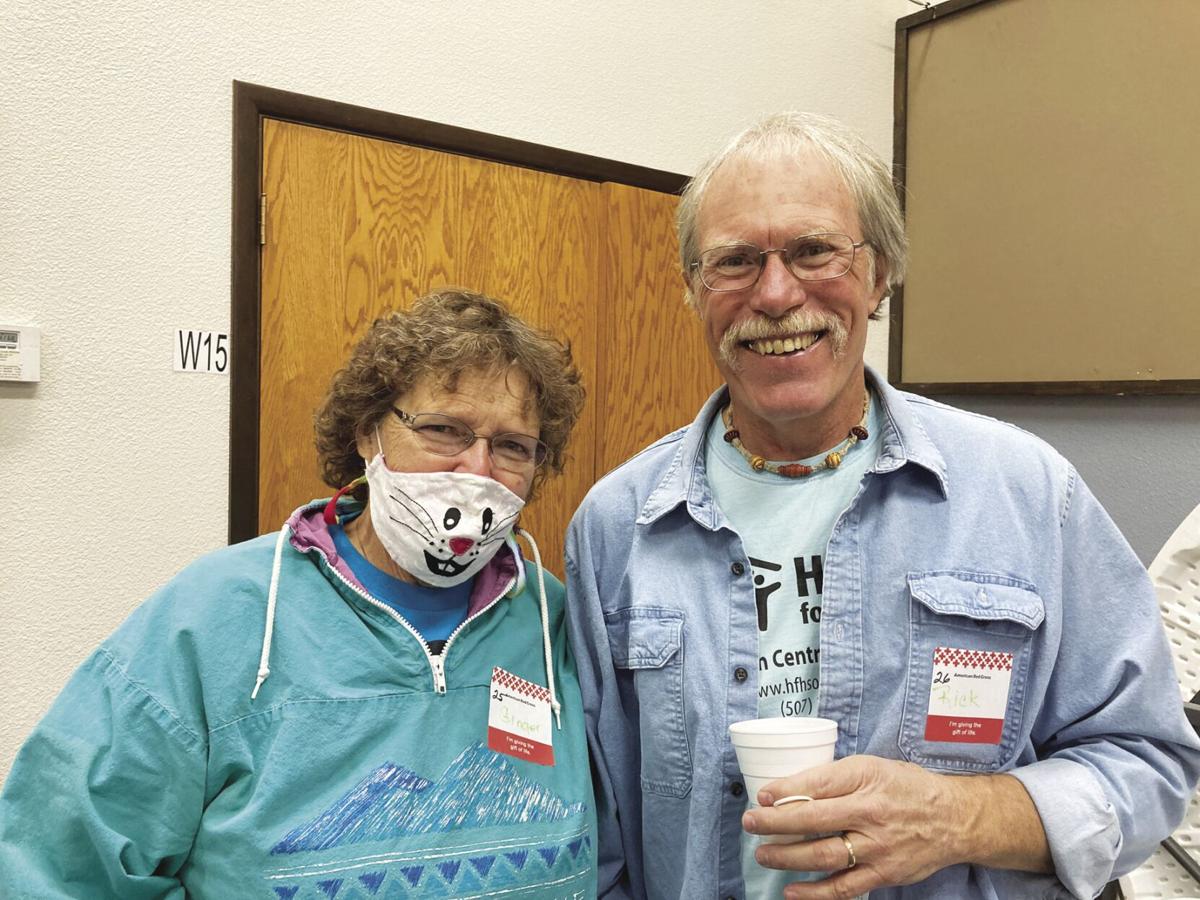 Ginger and Rick Rembold have between them donated about 200 pints of blood.

The COVID-19 pandemic has hampered all sorts of events, but American Red Cross blood drives in Baker City aren’t among them.

A blood drive on Monday, March 29, brought 96 donors to the Baker City Church of the Nazarene.

She has the same assessment for each of the Baker City blood drives — Monday’s was the sixth — since the pandemic started a year ago.

Evans said not only has it been easier to recruit donors during the pandemic, but the Baker City drives over the past year have yielded an average of about 80 pints of blood, an increase of 20 to 30 pints from the pre-pandemic period.

“People want to do something to help,” Evans said. “It’s been pretty awesome, really.”

She said more young people have been donating blood over the past year as well.

Evans said the increase in donations has happened even though blood drives during the pandemic haven’t been the social occasions they used to be.

In the past, people were encouraged to mingle and visit while enjoying sandwiches and juice after donating. That’s not happening now.

Evans said many donors Monday have had one or both doses of a COVID-19 vaccine.

Donors don’t need to wait to give blood after receiving a vaccine, so long as they feel healthy.

For Ginger and Rick Rembold of Baker City, donating blood has been part of their schedule for decades.

He said he started donating to help his friend’s father, who was having surgery. Rick said that at that time, donating blood actually reduced the medical cost for someone undergoing surgery.

Ginger said she began donating regularly after her father died, as a way to honor him.

“He was a lifelong blood donor,” Ginger said.

Following Monday’s drive, the Rembolds, who are both retired Baker School District teachers, have combined to donate more than 24 gallons of blood.

Ginger has donated 101 pints, Rick almost as many.

“She’s always one or two ahead of me,” Rick said.

The Rembolds stick with their schedule whether they’re home or not.

They have donated in New Mexico, Texas and Portland, among other places.

“Wherever we’re at when the time comes,” Rick said.

Like the Rembolds, Doug Gaslin has been donating blood regularly for many years.

“I started out in the Portland area, (then) started giving here,” Gaslin said during Monday’s drive.

He said he has O+ blood, which is the universal type, able to be given even to people with other blood types.

Gaslin said he is up to about 20 pints donated.

Danny Story, on the other hand, donated his first pint on Monday.

He said his father, sister and wife — she’s a nurse — have been donating blood for a long time.

“Honestly, I couldn’t come up with a reason why I haven’t been doing it,” Story said.

Although his main purpose is to help with the blood supply, Story said he’s also interested in finding out whether he was ever infected with COVID-19.

Evans said the Red Cross tests all donated blood for virus antibodies, and will give the information to donors who ask for it.

He said his wife contracted the virus but he didn’t get it from her, and he suspects he had been infected earlier and thus had protective antibodies.

“I think there’s a reason why I didn’t get it from her,” Story said.

After making his first donation, Story was already making an appointment to give another pint during the next Baker City blood drive, set for June 14 at the Nazarene Church. Information is available by calling Evans at 541-523-5368.