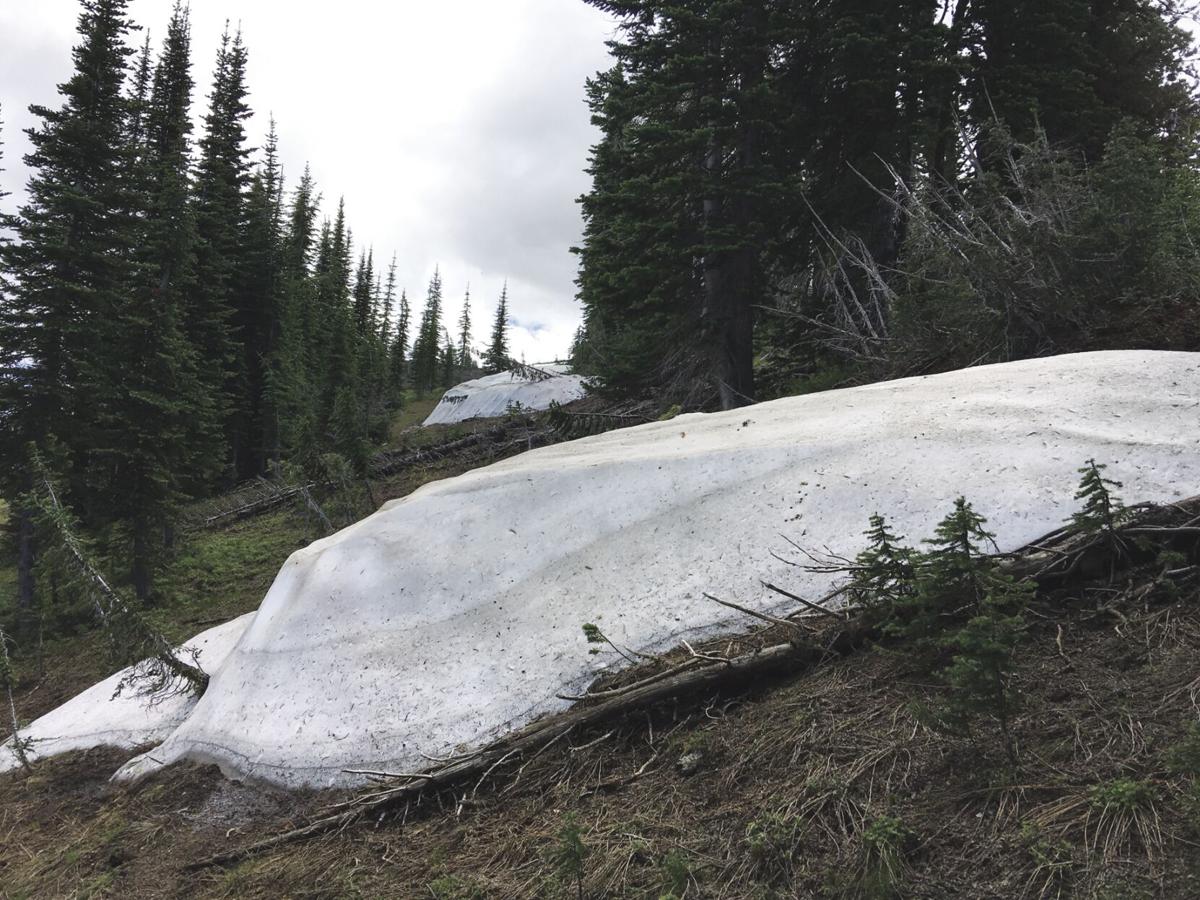 There are many types of edges. Above, lingering July snowdrifts in the Wallowas link winter and summer. 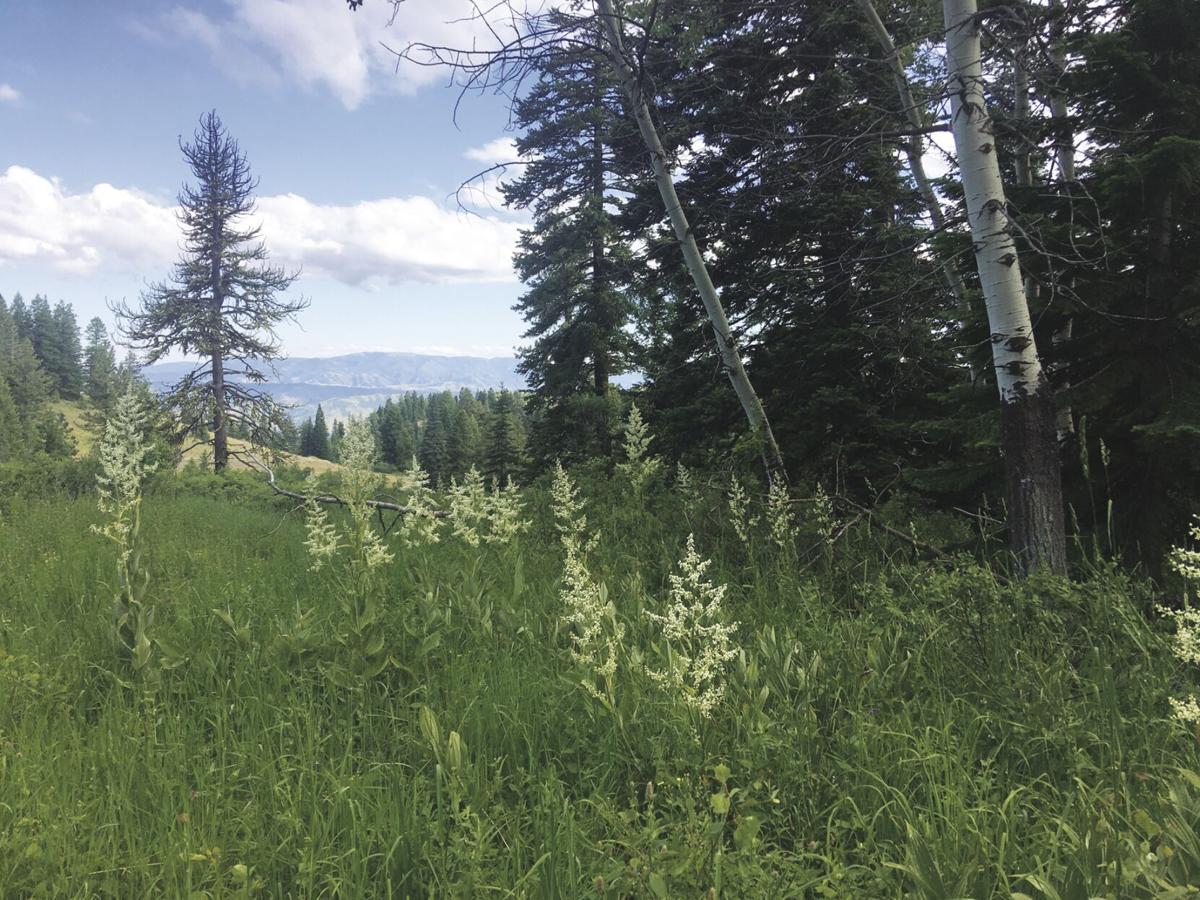 The interface between a grassy glade and a forest on the edge of the Hells Canyon Wilderness. 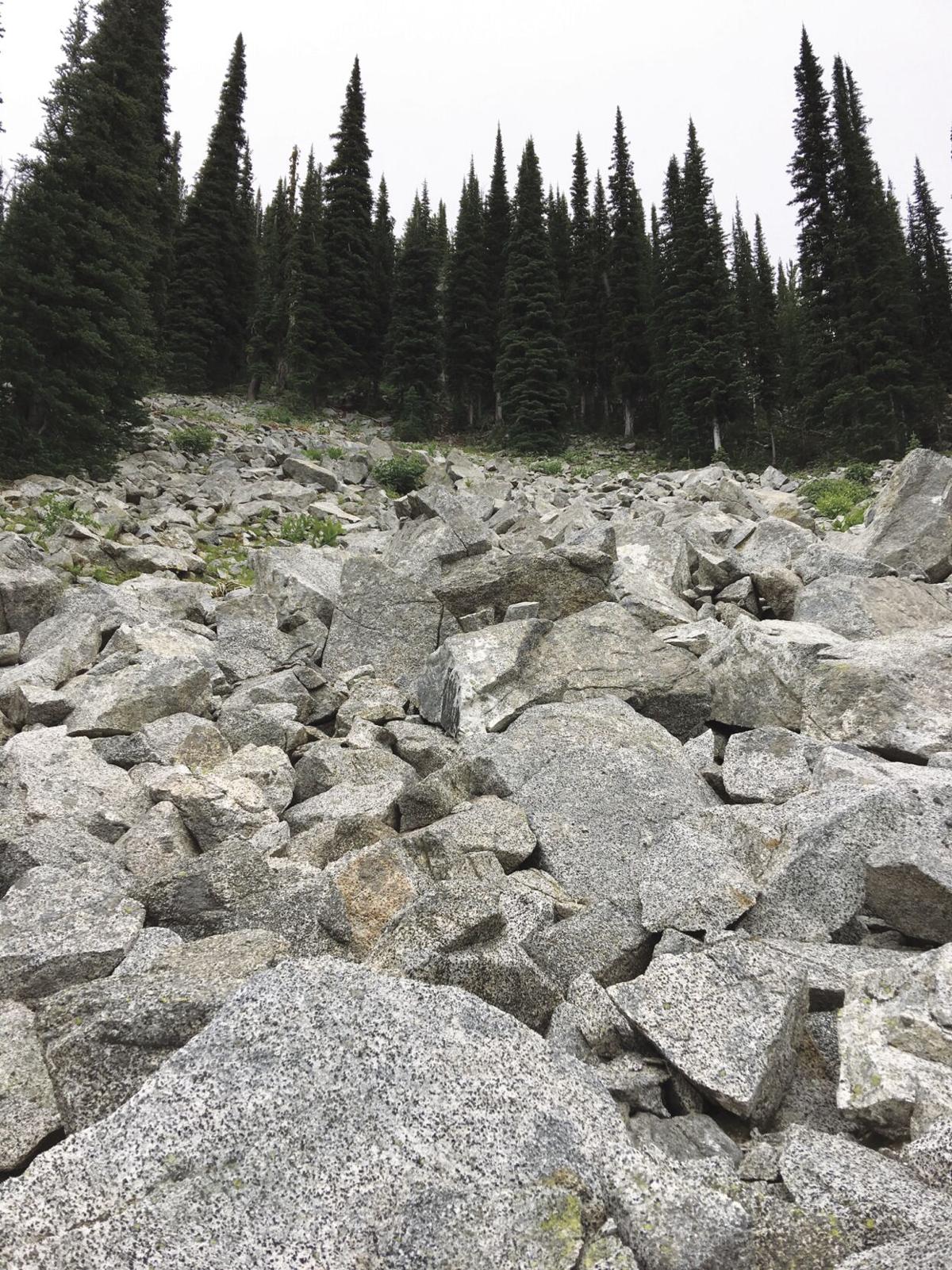 There are many types of edges. Above, a talus slope borders a subalpine fir forest in the Wallowa Mountains.

There are many types of edges. Above, lingering July snowdrifts in the Wallowas link winter and summer.

The interface between a grassy glade and a forest on the edge of the Hells Canyon Wilderness.

Not long ago I was hiking up a timbered slope in the Wallowas to a big field of talus I’d noticed on satellite imagery. “Ground-truthing,” you might say, something I often do when I spot an intriguing feature on an aerial photo or topo map — or just want to finally see for myself what an eccentrically named place looks like.

To get to the talus, entirely encircled by forest, I worked my way up through stands dominated by grand fir. I knew roughly where to go — no need for a bearing — but kept scanning uphill for the first sign of the break in the woods to direct me. That sign ultimately came in the form of a vague brightness, then a vague motion: the quivering, as I soon realized, of aspen canopies up in the rockpile.

Soon I hit a jungly thicket of maple and bitter cherry — a gateway marking where the conifer canopy opened up, torn by the great tumbledown sweep of blue-gray boulders and chips. Stirred by a mounting morning breeze, the scattered talus aspen kept up a steady rustling.

The margin between the forest and the talus field was pretty much knife-sharp, though the wooded slope I’d climbed was sprinkled with cobble that preluded the bouldery domain above. There was another sort of bridge between the two realms — one shadowy, one sun-blasted — at the upper edge of the talus, where a tall Douglas-fir snag along the forest front had toppled down out into the rocks.

Trekking around the rubble, I dipped occasionally into the fringing timber, intrigued by the contrast: the cool shade of grand fir with lush beds of meadowrue, pathfinder, and thimbleberry, then back out to the sunny talus and its aspen “whitewood,” bluebells and raspberry creeping out into the rocky crevices amid the plentiful debris of long-fallen aspen skeletons.

Looking into the fir forest from the aspen rocks, and vice versa — light to dark, dark to light: part of the allure of the edge zone, the “ecotone,” the boundary between two ecosystems.

Think of the first ponderosa you hit ascending from sagebrush terraces into the foothills. Think of how the closed mountain forest breaks up into parkland as you climb, then to the dwindling copses and wind-punished stragglers of timberline.

Lakeshores, riverbanks, grainfields sliced by shelterbelts: Edges are all around us, at every imaginable scale. (To an ant, a log looming from forest-floor herbs makes a great habitat frontier.)

Of course, these edges aren’t always so clean-cut as the talus/forest border. Whitebark pines dribble down into the subalpine fir and lodgepole woods below timberline; ponderosas may scrabble high up on south- and west-facing mountainsides. Trees invade meadows and steppes, risking fire and drought and browsers to advance the front lines of the woods.

Large-scale transitions between floristic provinces are called “tension zones” suggesting the competition and conflict that, at least on some level, define them.

Broad ecological boundaries often feature a greater mix of species than the more homogenous habitats they straddle, a diversity called the “edge effect.”

We humans are among the species that especially key into these natural frontiers. Hunters know the border between forest and meadow is a good place to find deer and elk that cycle between open feeding grounds and shadowy deep-timber hideaways. The shrub thickets that often form along such edges are productive gathering places for us. Being drawn to the thresholds between one realm and another — that’s woven right into our makeup. It’s practical and opportunistic; I also think there’s some inherent mystery to these liminal places, too, that beckons us.

Segues between plant communities can reveal other natural transitions, of course: from one soil type or microclimate or bedrock to another. They also often reflect topographic changes — ridgetop to ridgebrow, say — which may be related to all of the above elements.

Some stark geologic boundaries are well on display in our terrain, not least in those multicolored Wallowas, where rusty-red and chocolate and white and gray peaks snarl up the skyline together.

These are all spatial divides and transition zones, but you can trace thresholds into the dimension of time. That’s certainly true of ecotones, which shift over decades and centuries and millennia: Forests and grasslands advance and retreat, variously invading or yielding ground to the other. Wildfires and avalanches establish fresh edge zones that may ultimately fade away.

You can broaden the outlook, too, identifying stretches of time marking transitions between eras in the way ecotones span habitats. (For instance, we’re technically still in a so-called interglacial period such as separates those intervals of extensive glaciation we colloquially call “ice ages.”)

Then there are the “edge zones” between seasons spread across the elevational gradient in mountainous country such as ours. July is a good month to track down spring and even winter on high, where heavy subalpine forest can still shelter big snowbanks and meltwater pools while down below grasses have cured and foothill gullies gone parched.

Like I said, edges and thresholds and borders everywhere: many seams to be traced on the land and across time.