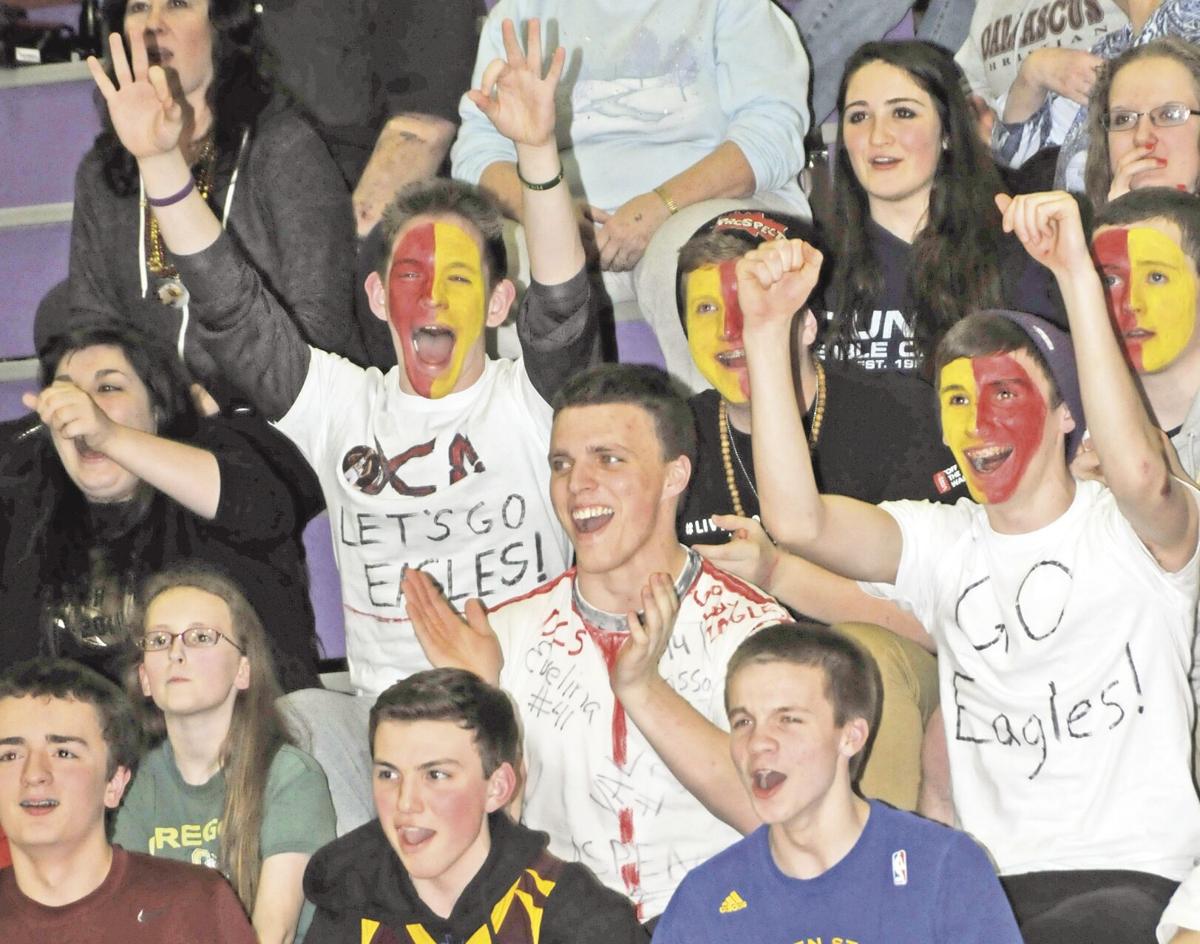 The bleachers in the Baker High School gym aren’t packed as usual this week with enthusiastic basketball fans from Oregon’s smallest high schools. Due to the pandemic, the annual Class 1A state girls and boys basketball tournaments, a Baker City tradition since the 1970s, were canceled. 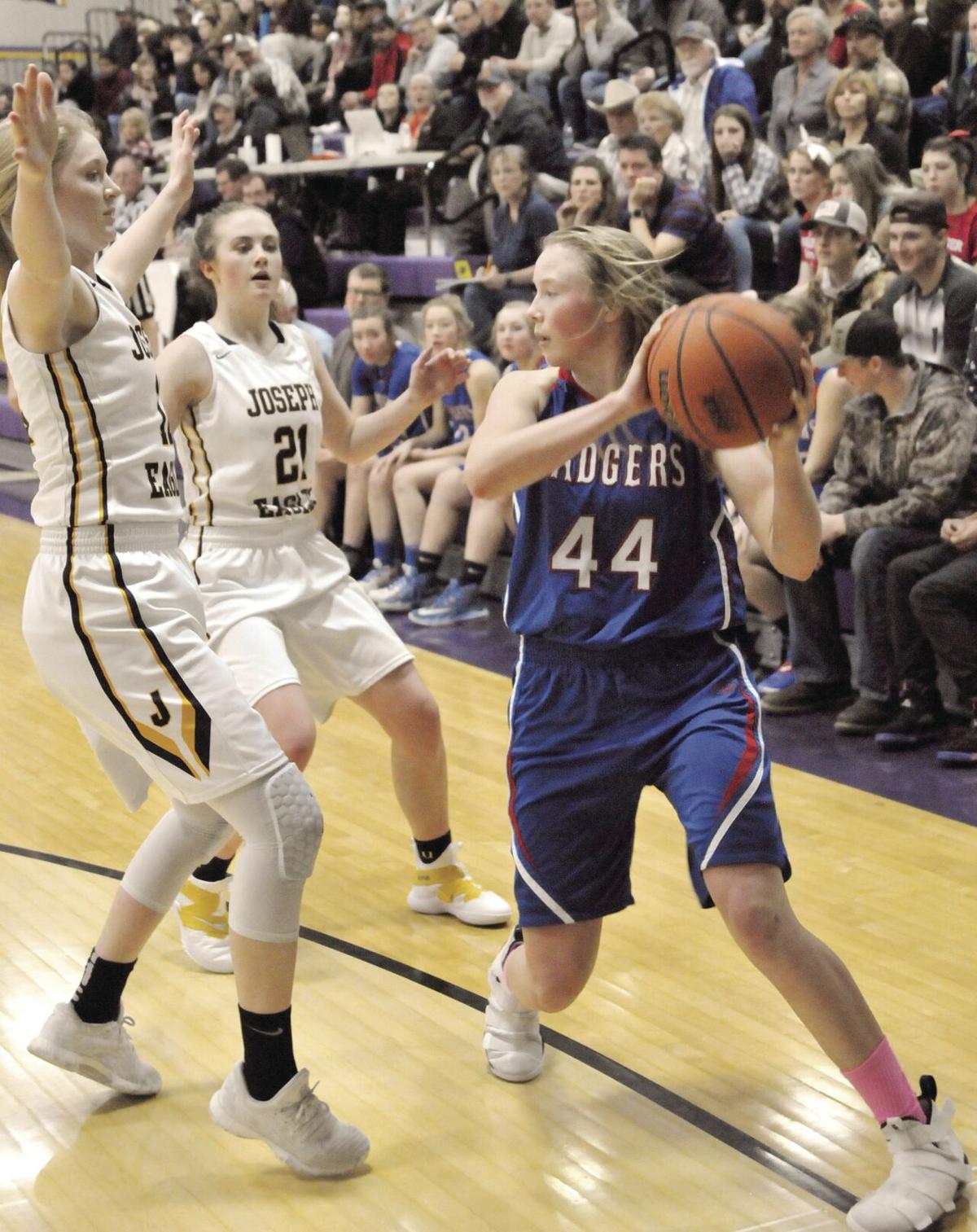 Kathy Taylor is supposed to be exhausted right now.

She should be rushing from one task to another this week, with scarcely a spare moment to rest.

Taylor wishes that were so.

For more than a quarter century, the first week of March has meant one thing for Kathy and her husband, Rick.

Specifically, the Class 1A state basketball girls and boys tournaments at Baker High School. It’s the culmination of the season for Oregon’s smallest high schools, the week when players from towns, some of which lack a single traffic signal, try to win one of those glossy trophies carved in the shape of the state.

Kathy Taylor has been co-director of the annual tournaments, which are run by Baker County Tournaments, since 2017.

But she and her husband have volunteered to help with the events since 1994.

The tournaments themselves have an even longer legacy at BHS. The boys tournament has taken place there every year since 1974, and the girls tournament moved to Baker City in 1977.

But then came the pandemic.

And with high school basketball not scheduled to start in Oregon until May, and no state tournaments planned, 2021 will be the year of the asterisk.

“I feel lost,” Kathy Taylor said on Tuesday morning, March 2. “It’s like there’s something I’m supposed to be doing but I’m not.”

Taylor said the Oregon School Activities Association (OSAA), which oversees prep sports in the state, told her in December that the tournaments wouldn’t happen in 2021.

An OSAA official says, however, that the organization has no plan to move the tournaments from Baker City.

And Taylor wants nothing more than to return to her usual hectic introduction to March in 2022.

“I’m hoping we get back to some semblance of what we call normal,” she said.

A year ago the situation at the BHS gym seemed normal only with the benefit of hindsight.

But the pandemic, though scarcely begun, had an effect.

Portable handwashing stations were set up outside the BHS gym.

The Baker School District used a misting system to disinfect the gym and other parts of the high school each day.

Yet the tournaments happened.

On the boys side, Triad beat Damascus Christian 58-56 for the boys championship a few hours later in the usual raucous atmosphere in the BHS gym.

“It seems like ages ago,” Taylor said of the 2020 tournaments. “We were fortunate. The community came together really well to make it happen.”

Less than a week later, high school sports in Oregon were postponed.

Later they were canceled for the rest of the spring.

The Baker girls basketball team was unable to defend its 2019 Class 4A state title.

And now, almost a year later, the pandemic continues to thwart traditions across the state.

Taylor said the absence of the tournaments affects Baker City in multiple ways.

The economic losses are the most obvious.

Taylor said the 2020 tournaments drew about 9,500 spectators over the four days. As always, a significant percentage of those fans were visiting Baker City, staying in local motels, dining at local restaurants and shopping at local stores.

But as a longtime volunteer, and now co-director, Taylor said she also feels a personal sense of loss.

She will miss seeing some of the people, from across Oregon, that she has come to know over the years and decades, the fans and coaches and parents.

“There are relationships that have been built,” Taylor said. “You’ve watched these kids grow up, it’s like family when they come back (for the tournaments). That personal connection has been lost.”

Taylor likens the situation to one that so many people have faced over the past year.

The cancellation of this year’s tournament won’t have a major financial effect on Baker County Tournaments, Taylor said, because the OSAA makes an annual payment to cover the tournament costs.

All the workers, with the exception of scorekeepers, are volunteers, Taylor said.

She’s optimistic that the 2022 tournaments not only will happen, but that they will attract larger crowds than usual because spectators are so excited to be able to watch high school basketball again.

“I think there will be so much enthusiasm to follow the kids,” Taylor said.