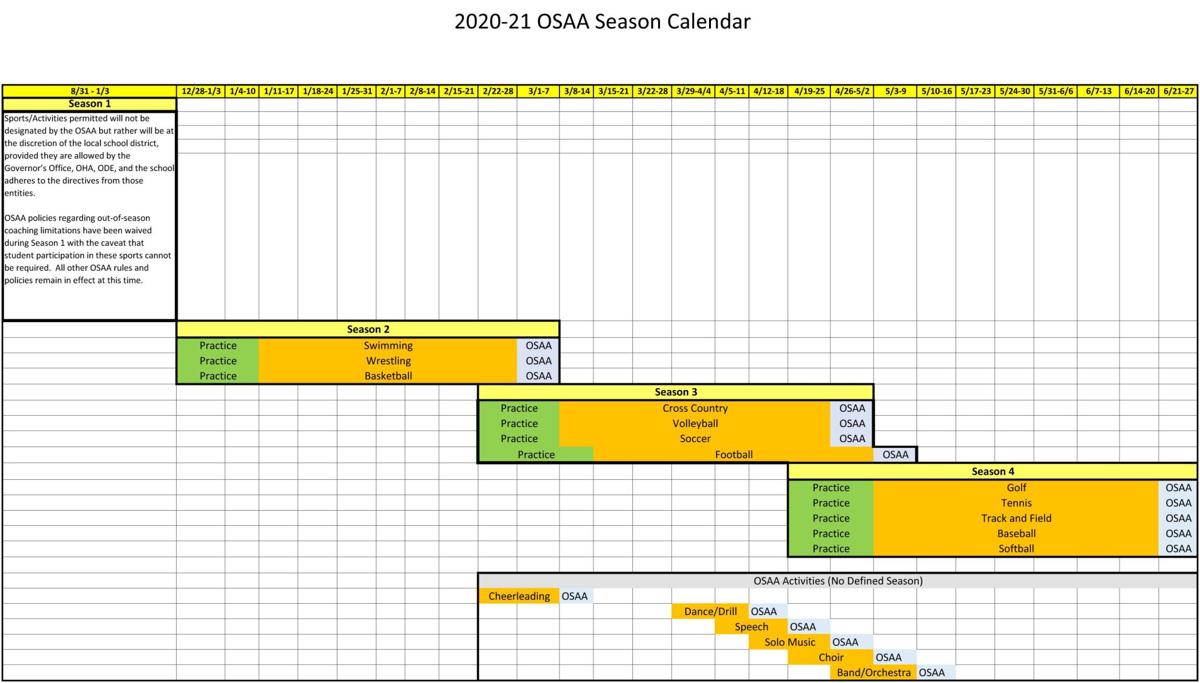 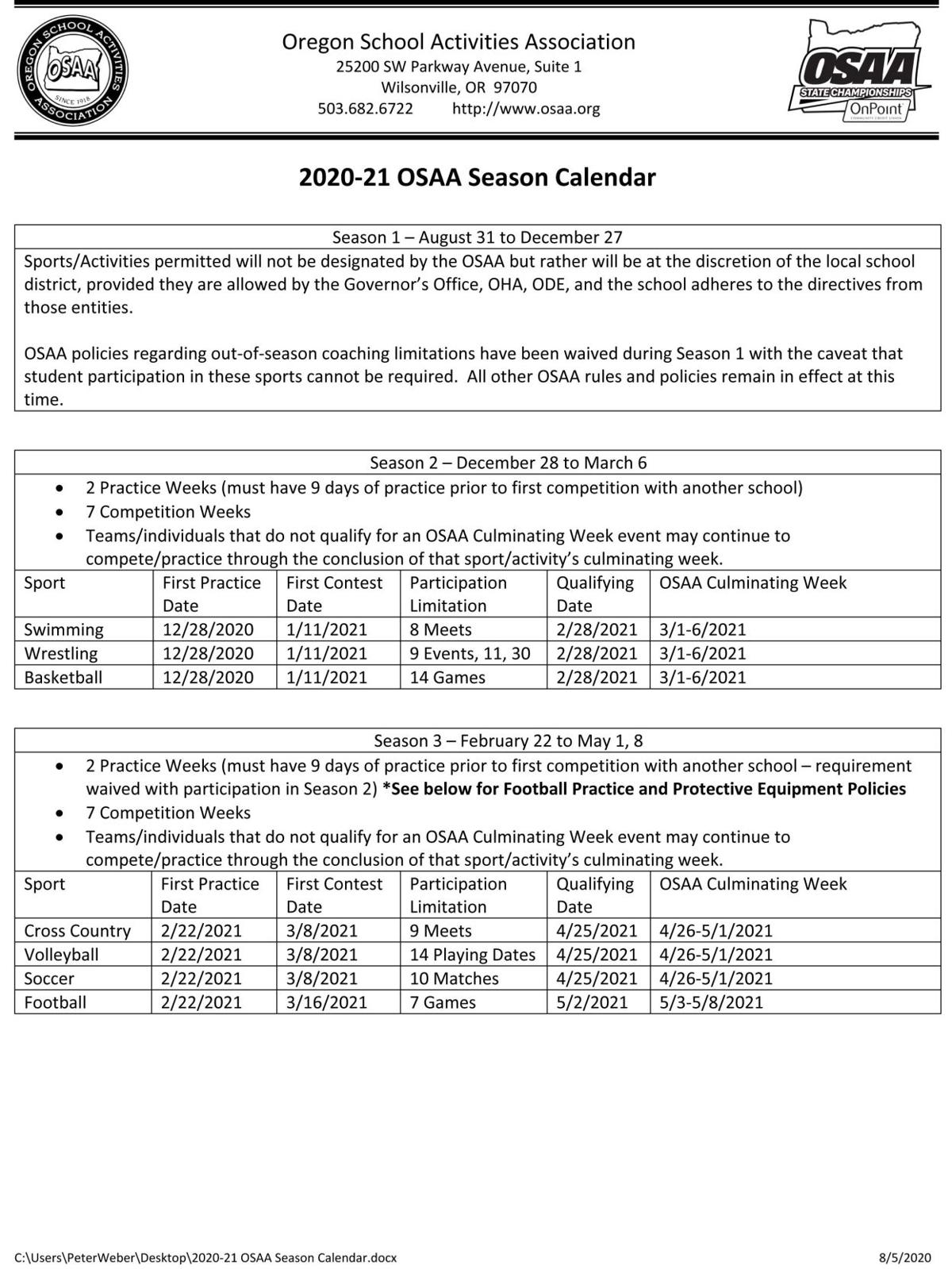 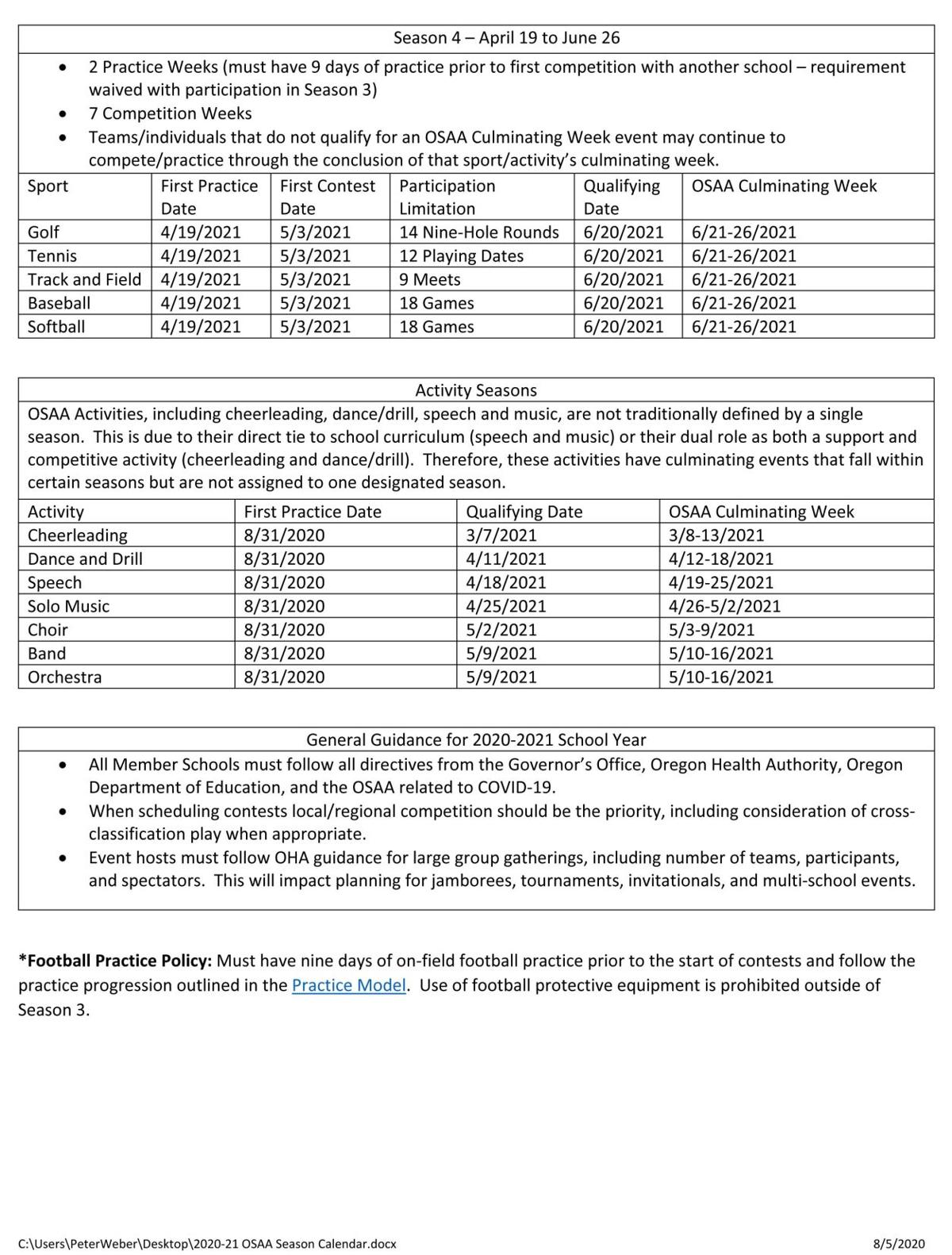 High school sports in Oregon will not kick off until 2021.

The move was made after state health officials announced a school reopening plan that already has caused many schools — including La Grande — to make the decision to start the 2020-21 school year online. Many large districts already have said it would be October or November at the earliest before they could resume in-person teaching.

Under the new calendar put together by OSAA, there are four seasons — Season 1, Season 2, Season 3 and Season 4. Season 2 is for winter sports, 3 is for fall sports and 4 is for spring sports.

Season 1 is a timeframe during the traditional fall season where the executive board decided to waive its usual out-of-season coaching policies. Doing so will allow for sports participation from Aug. 17 through Dec. 27 at the discretion of individual school districts, which would need to adhere to health guidelines given by the state.

"By waiving policy to allow regional participation this fall, local school districts will have the discretion for participation in those areas that are able to do so safely per state directives," OSAA Executive Director Peter Weber said in a press release.

Weber, in an article by OSAAToday, said Season 1 would be open for the benefit of athletes from all sports, and would allow for competition between regional schools.

Under the new calendar, Season 2 will begin practice Dec. 28, and have two weeks of practices before a seven-week regular season begins Jan. 11. Season 3 begins practice Feb. 22 and starts contests on March 8, with the exception of football, which would play its first games the week of March 15. And Season 4 practices will open on April 19 and begin games on May 3.

At the end of each seven-week regular season, there will be a one-week "culminating week." In the press release, OSAA said the culminating week specifics will be laid out in the months ahead.