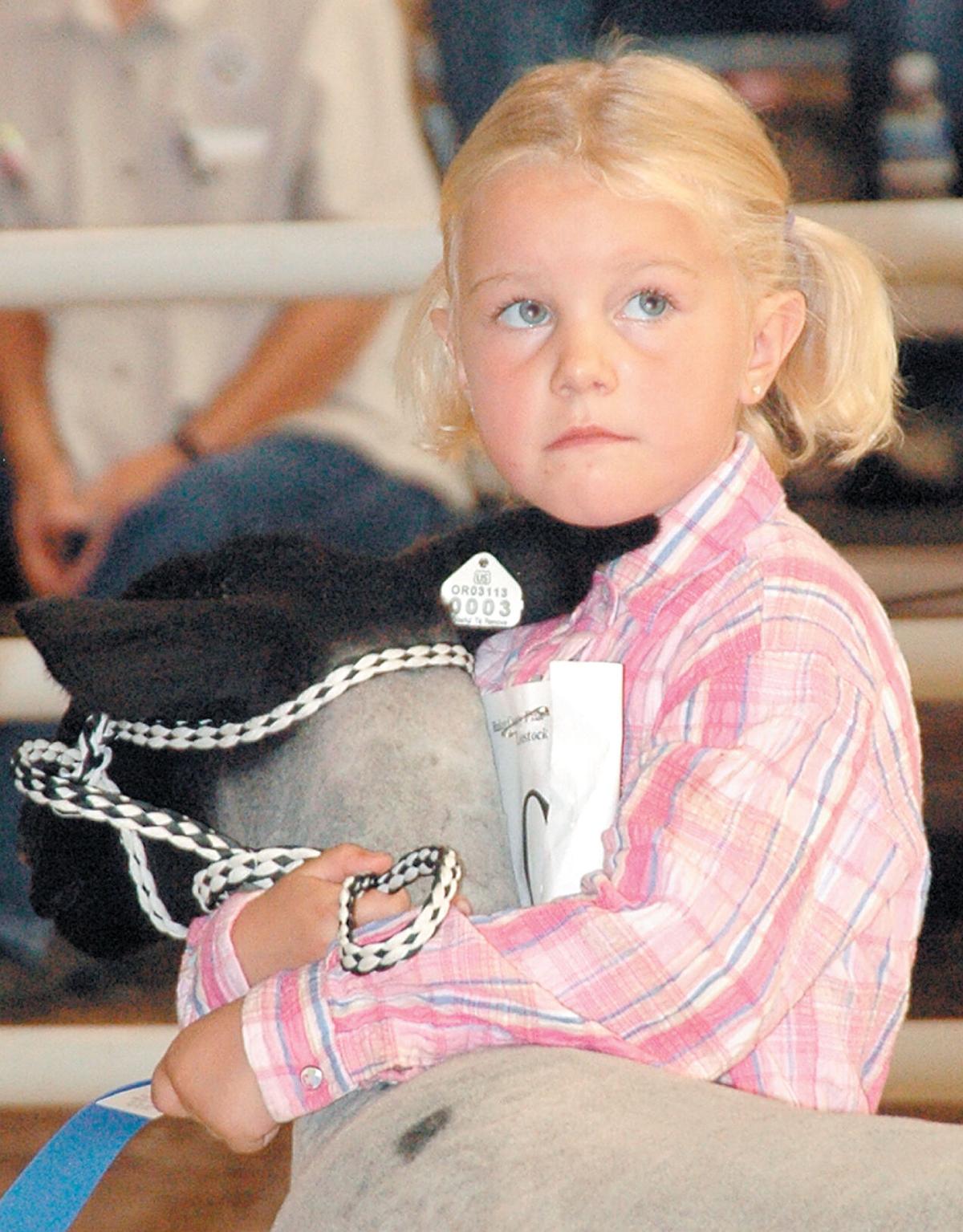 Michelle Williams won a blue ribbon in the market class for her sheep during the 2007 Baker County Fair in Halfway. 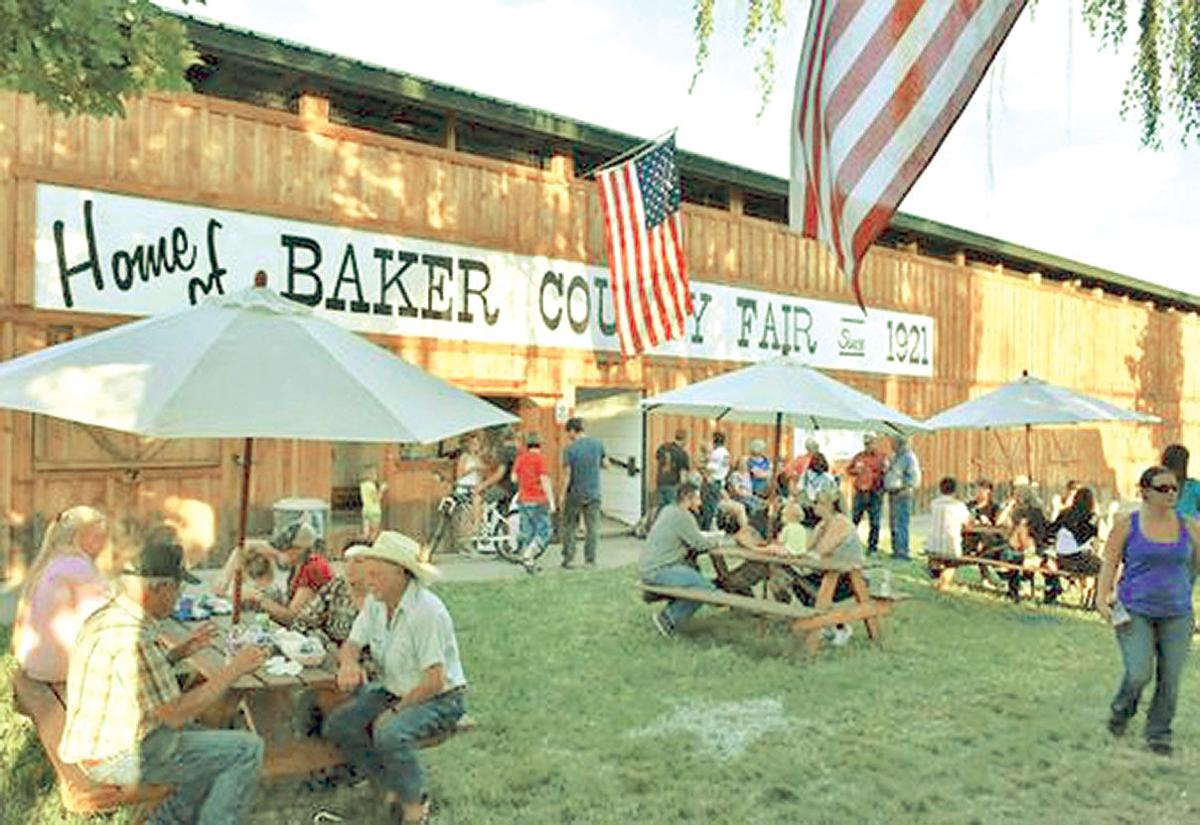 A new exhibit hall opened in 2018 at the Baker County Fairgrounds in Halfway.

Michelle Williams won a blue ribbon in the market class for her sheep during the 2007 Baker County Fair in Halfway.

A new exhibit hall opened in 2018 at the Baker County Fairgrounds in Halfway.

Melody Huff tried to remain optimistic that not even a pandemic could stop an event that’s been a Baker County summer tradition for almost a century.

The Baker County Fair and Panhandle Rodeo at Halfway was set to celebrate its 99th year during the Labor Day weekend.

(The event is separate from the Baker County Fair in Baker City, scheduled for the first week of August.)

“We were excited,” said Huff, who’s in her second year as president of the Pine Valley Fair Association.

But as the number of COVID-19 cases began to rise in Oregon, and Gov. Kate Brown set a limit of 10 people attending indoor social gatherings, Huff’s optimism confronted reality.

Last week the Fair Association’s board of directors and members, about 20 people in all, met in Halfway to discuss the situation.

Huff said the consensus was clear.

The Association voted to cancel the fair and rodeo.

The youth livestock show and sale will happen on Sept. 6, probably as a virtual event in which kids will record videos of the animals they have raised, and bidding done online. Krischele Whitnah, the livestock superintendent, said she’s still working on the details of that event.

Huff said the impediments to putting on the fair and rodeo were insurmountable.

The main challenge with the rodeo is a lack of volunteers, she said.

Huff said she had talked with organizers of the Haines Stampede Rodeo, which took place July 3 and 4.

She said the changes made in Haines due to the pandemic, including sanitizing the bleachers, would not have been possible in Halfway.

“We were going to be short of volunteers anyway,” Huff said.

The reason, she said, is that many veteran volunteers are older than 60, in the higher-risk group for severe complications from the virus.

The obstacle for the fair is the limit on the number of people who can attend an indoor event, Huff said.

With just 10 people allowed in the exhibit hall — some of whom would be staff — the event just isn’t practical, she said.

In addition to the specific challenges with the rodeo and fair, Huff said an overriding concern was the possibility that a child could become infected while participating in the fair.

“How would we feel if some kid got sick,” Huff said. “We own the grounds. There is a liability issue.”

Although the decision to cancel the fair and rodeo seemed unavoidable, that’s not to say it was an easy one to make, Huff said.

“It just breaks my heart,” she said. “I was holding on. I hated to think we wouldn’t have fair time. It was a big letdown, and we didn’t take it lightly. It wasn’t a snap decision. Nobody’s happy with it.”

The matter is intensely personal for Huff.

She grew up in the Pine Valley and has missed only one fair in her 58 years — when her daughter was seriously injured in a car crash.

“It’s an important thing to me,” Huff said. “I just love fair time.”

And she’s already preparing for the fair’s return in 2021.

For dozens of youngsters this is the culmination of many months of toil, and hundreds of dollars of investment, in raising a steer, hog, sheep or other animal.

Whitnah, who has been involved in planning the show and sale for several years, said that at a minimum there will be a virtual show and sale on Sept. 6, probably in the afternoon, with details to be announced.

“We promised that to the kids,” Whitnah said. “We’re not just going to leave them hanging.”

She expects the number of market animals to be similar to previous years, with about 150 for sale. That includes a few more goats than in the past few years, as well as one turkey, a first for the Halfway fair, she said.

Whitnah said most kids acquired their fair animal before the pandemic started — as far back as last fall in the case of some steers — so they had no reason to expect the 2020 show would be any different.

Whitnah said she would still like to put on a limited version of a live event so kids could show their animals before judges, always a big part of the fair.

But it’s not clear whether that will be possible.

Judges, at least, should be available, Whitnah said, because the Oregon State Fair has been canceled.

As disappointing as the situation is, Whitnah said the changes also give youths a real-world example of the vagaries of the livestock industry.

“It’s a learning opportunity for kids, which is one of the underlying goals,” she said. “They’re definitely learning about market risk.”

Whitnah said the industry will set a floor price for animals by the Friday before the sale.

“Kids are going to get at least that base amount,” she said.

Whitnah said that although she understands the pandemic has had a major financial toll on many people, both locally and across the state and nation, she also has seen Baker County residents show their generosity when the recipients are kids.

“Baker County as a whole steps up to support kids and agriculture,” she said.

Besides which, the sale is a chance for residents to buy “good quality meat to fill their freezers,” Whitnah said.