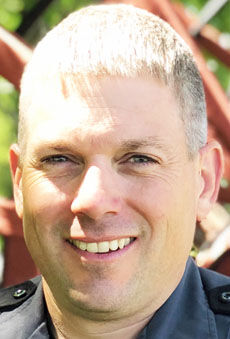 Baker City Police Chief Ray Duman and Baker County Sheriff Travis Ash said their officers won’t be looking for potential violations of the limits on the size of social gatherings in effect during the statewide “freeze” that started Wednesday, Nov. 18, and continues through at least Dec. 2.

Both the chief and the sheriff said they don’t expect they’ll be called on to potentially enforce those limits, but that they will take action if it’s warranted.

Among the restrictions that Gov. Kate Brown imposed, with a goal of reducing the recent surge in COVID-19 cases, is limiting gatherings in homes to six people from no more than two households over the next 2 weeks.

The governor, citing emergency authority under state law, said penalties could be up to 30 days in jail, a fine of up to $1,250, or both.

Duman said on Tuesday, Nov. 17, that he “really doesn’t anticipate any complaints” about residents allegedly exceeding the social gathering limits.

But he said that if the department does receive such reports, “we will deal with it situationally.”

Duman said he hopes residents “will understand the seriousness of the situation and go along with what we’re trying to accomplish” with the restrictions.

He said police are sworn to enforce laws.

“We don’t get to pick and choose which ones to enforce,” he said.

Ash said his deputies will seek to inform people about the guidelines.

Ash said he hopes county residents will voluntarily comply with the governor’s orders for the benefit of all.

His officers won’t be going door-to-door to ensure compliance. On the other hand, if there is a possible violation he expects his deputies to write a report to be forwarded to the District Attorney’s office for review.

The sheriff said he checks the COVID-19 numbers daily and has grown concerned as he has watched the steady increase in Baker County cases in recent weeks.

Of the county’s 234 confirmed and presumptive cases through Nov. 17, a total of 90 — 38% — have been reported during November. That includes nine new cases on Tuesday.

“I don’t want to see people lose their lives or see families torn apart by deaths,” Ash said. “We have to take this one day at a time.”