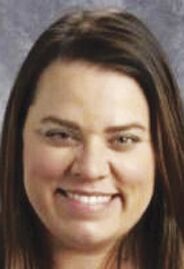 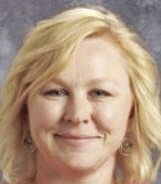 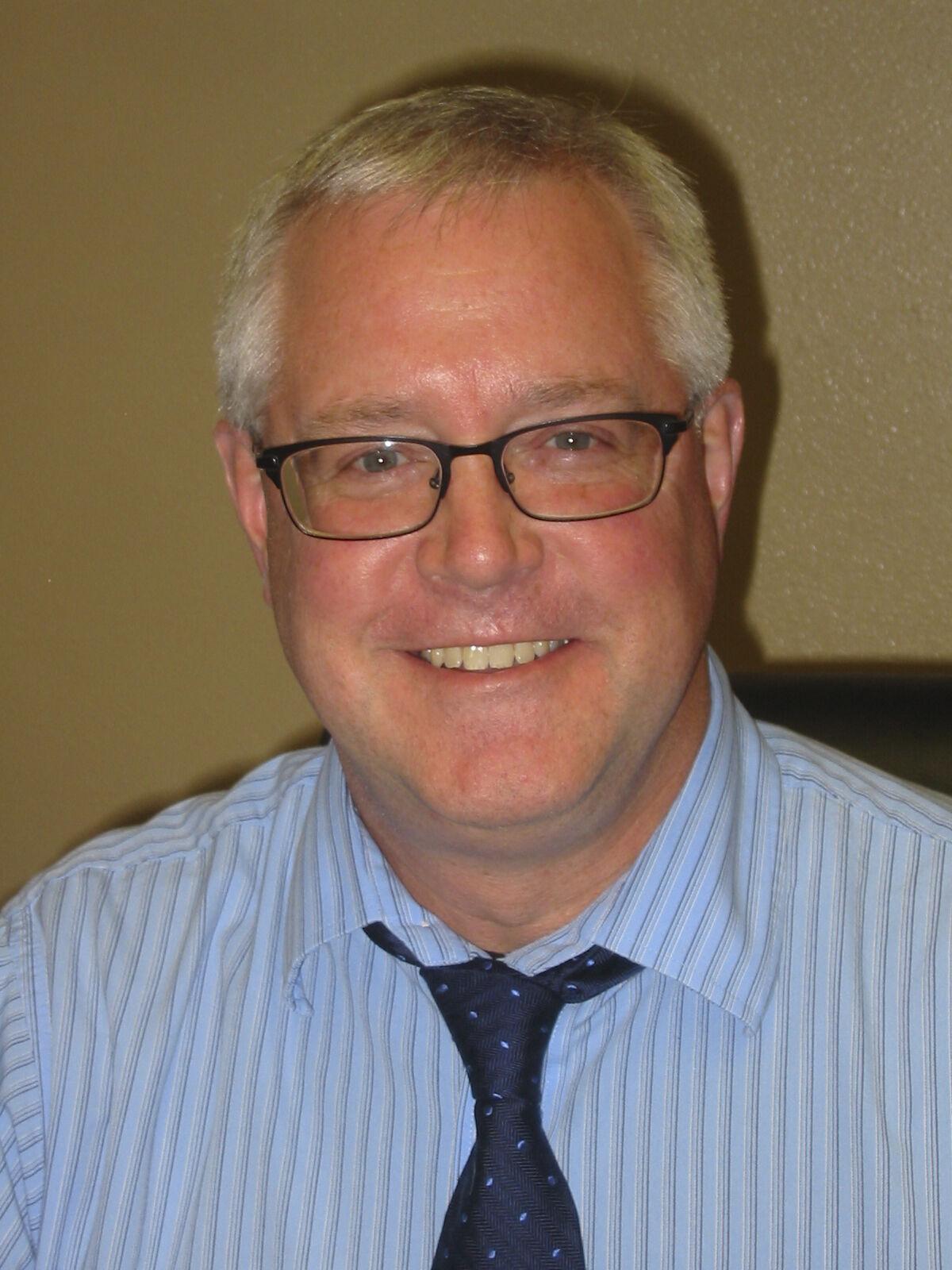 Chelsea Hurliman is eager for Baker High School students to return to a four-day week and remain in their classrooms all day except when they are called away for extracurricular activities.

If all goes as planned, that change should start April 12, for high school and middle school students.

Still, as the high school’s assistant principal, Hurliman can’t help but be concerned for students who have fallen behind in their studies because of changes required by the COVID-19 pandemic.

Not all students have adapted well to the shift to online studies or the hybrid system of part-time online and part-time in person classes.

In a February report to the Baker School Board, Greg Mitchell, BHS principal, stated that the failure rate among freshmen and sophomore students had produced “alarming numbers” by the end of the first semester.

According to Mitchell’s report, nearly 24% of all freshmen grades failed to earn credit. At the sophomore level, the failing marks were at nearly 22%, the report states.

The overall passing rate at the high school was 80.8% of all grades assigned for the first semester this year. Last year at this time, the passing rate was at 94.52%.

“As one can see, the impact of this pandemic crisis has been significant,” Mitchell stated in his report.

Mitchell said improvements have been made since the second semester started Jan. 25 and students began attending in-person classes two days a week.

Kati Stuchlik, BHS graduation coach, stated in an email to the Herald on Tuesday, March 30, that at this point in tallying grades 25% “is a fair approximation of those students receiving a minimum of one F grade at the most recent data collection.”

She said the percentage is an approximation “because this figure fluctuates significantly because we are nearing the middle of the semester and grades have not been finalized. It is amazing what students can accomplish when they feel their feet to the fire.”

Mitchell said in a phone interview Tuesday that he believes failure rates can be tied to students struggling with online classes. High school and middle school students had remote classes from the start of the school year on Sept. 8, 2020, until Nov. 9, when they returned to in-person classes one day per week.

But students failing to participate in classes has also contributed to the rising rate of failing grades, Mitchell said.

“The kids started fading away, struggling with work completion and lack of engagement,” Mitchell said.

Without the guidance of a certified in-person expert to advise students and lead them through the curriculum, many have found it difficult to complete their assignments, he said.

Still other students were hired for full-time jobs last spring when the COVID-19 shutdown started, and some families have become dependant on that income to cover their household expenses, Mitchell said.

Team works to ensure students are in class

From her position as assistant principal, Hurliman works to ensure that students are attending classes, whether online or in person.

In addition to Mitchell and Stuchlik, Hurliman has others who help her keep as many students in class as possible each day.

Lance Woodward, who spends part of his job with the Baker City Police Department serving as the school resource officer, is one of the team members who helps keep families focused on attendance. Judge Brent Kerns of the Baker Justice Court is another part of the system that impresses upon students and parents that the law requires children to attend school regularly. And the District Attorney’s office gets involved as needed.

Woodward says that this school year he’s issued at least 50% — and possibly 75% — more citations to parents for violations of the Oregon law that requires them to ensure their children ages 6 to 18, who have not graduated, attend school regularly.

Just prior to spring break, which started March 22, Woodward issued four citations to parents accused of violating the state law requiring children to attend school. A fifth citation was issued for the same violation on Thursday, March 26, during spring break.

Hurliman said that before citations are issued, the school process begins with daily “ParentSquare” messages that go out in cases of students who are absent without an approved excuse. Those absences include students who don’t show up for in-person classes or who fail to log in for online classes from home.

Weekly letters are mailed to parents of students who have had four unexcused absences. After the eighth unexcused absence, the district sends a certified letter scheduling a meeting with the parent and student. A copy of that letter also goes to Superintendent Mark Witty and to the District Attorney’s Office, according to the Baker 5J attendance process.

During the parent/student meeting with school officials, an attendance plan is put in place.

“We want to get to the root of the problem,” Hurliman said.

Students set attendance goals, their grades are checked, and other advisers, such as a counselor or Stuchlik, the graduation coach, are invited to help solve the problem.

“We then create a contract with the kids and the parents,” Hurliman said. “If there are improvements — great.

“If not — or if they don’t show up — Lance will go out and issue citations,” she said.

That’s where Judge Kerns comes in.

Hurliman said that in addition to making home visits with Woodward, she accompanies the families to court where Kerns counsels the parents and their children about their responsibilities regarding regular school attendance. Kerns next orders them to return in 30 days to check on their progress. In some cases, he might order the parents to pay the $165 fine that comes with the citation for violating state law, Woodward said.

Woodward said parents usually aren’t surprised when he knocks on their doors with a citation claiming their children have not been attending classes as required.

“By and large parents know overwhelmingly,” he said. “Parents know their kids are not attending school or logging on.

Woodward said that one parent told him, “I think this is probably good that we get a citation. Maybe me and my child appearing before a judge is good. Maybe the judge can talk some sense into them.”

For her part, Hurliman says she also is looking forward to working with the court system to help families.

“I’m excited to see what having Judge Kerns and the DA in the mix does for kids’ attendance,” she said. “There’s not a lot of meat in me just sending letters.”

Hurliman hopes the process will instill in students the importance of school attendance and completing credits toward earning a high school diploma.

“Attendance is directly related to graduation rates,” she notes. “It has a negative impact on our community when kids don’t graduate.”

Plans were in the works, even before spring break and Superintendant Mark Witty’s March 23 announcement of the plan to return high school and middle school students to full-time classes four days a week on April 12, to offer a “revamped summer school” for high school students, Hurliman said.

Helping seniors complete any outstanding work needed to graduate will be the top priority, she said. The state Department of Education’s document “Graduation Pathways 2021,” for students who first enrolled in ninth grade in the 2017-18 school year or earlier, states that seniors will be given until Aug. 31, 2021, to complete graduation requirements.

It notes the record high graduation rate of 82.6% reported for all students in Oregon in 2020 (and 92% by BHS students) and sets a goal for a continuation of the trend in the coming year.

Those will be the goals for BHS staff as they work to prepare this year’s senior class to graduate and help the younger students make up for lost time this year.

Whether students have failed to earn required credits because of truancy, mental health concerns and other issues related to changes brought about during the COVID-19 pandemic, the BHS staff hopes to make the most of returning to full-time classes to improve student standings.

“If everybody comes back in and we return to a little bit of normalcy, it will help a ton,” Hurliman said.

She urges parents with concerns to call her or Mitchell to schedule a meeting.

“We want their students to be here and we want them to graduate from high school,” she said. “It’s very important.”

Even before the full-time return to classes takes place, a second round of what is titled “Credit Completion Week” has been scheduled for seniors, juniors and sophomores. The sessions will meet from 3:30 p.m. to 5 p.m. April 5-8 in the BHS library.

When students return to in-person studies four days a week, Mitchell said those students who are down to single digits in terms of their percentile performance in specific subjects will be removed from those classes. Instead, they will focus on recovering lost credits in a separate classroom to be managed by a certified teacher who will lead them through the lessons.

Once the school year ends, the plan being developed calls for a “more robust” summer school, Mitchell said.

The instruction, to be taught by specific content teachers, will be paid for with grant money specifically made available by the state (up to $72 million to be distributed throughout Oregon) for summer school, Mitchell said.

And rather than the past offering of two half days a week for four weeks, this year’s summer school program will be expanded to three to four half days a week over six to eight weeks, Mitchell said.

“We’ll start to chip away at the mountain top,” he said.