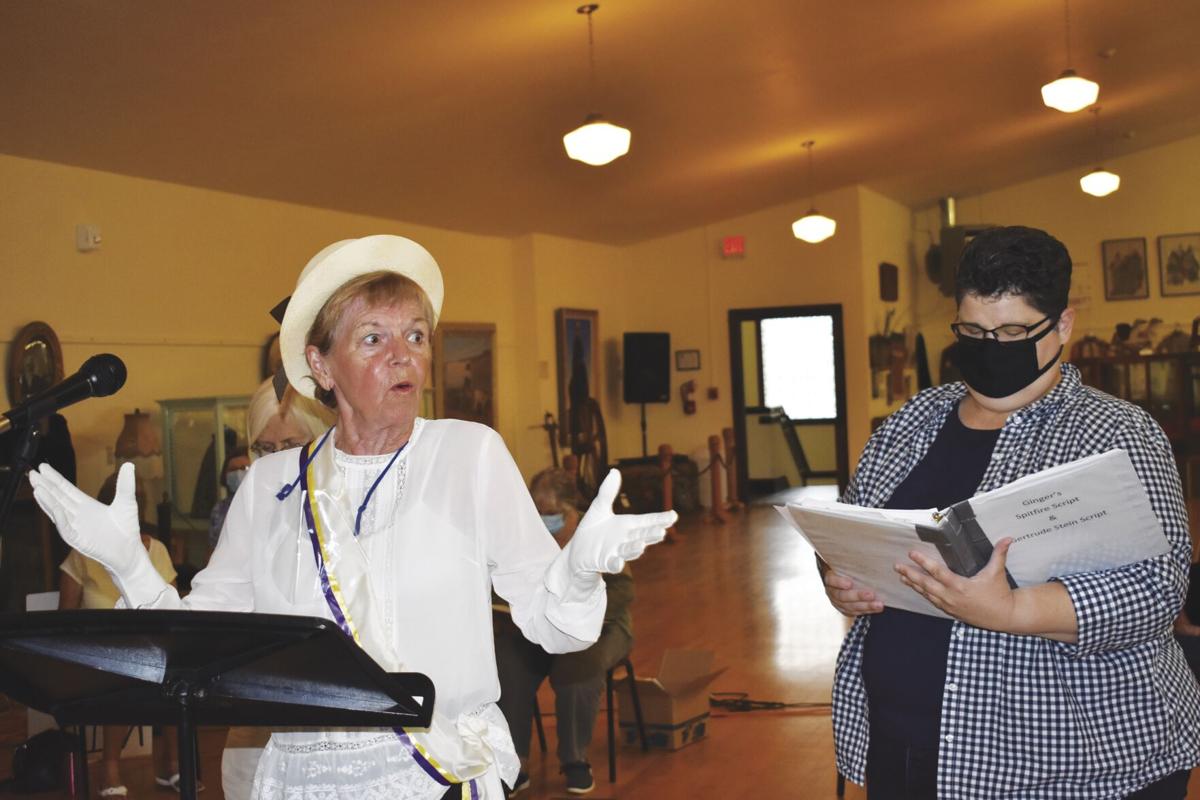 Judy Head, left, and Ginger Savage are among the Baker County women who portray famous suffragettes in a performance scheduled for Aug. 15 and 21 at Geiser-Pollman Park. 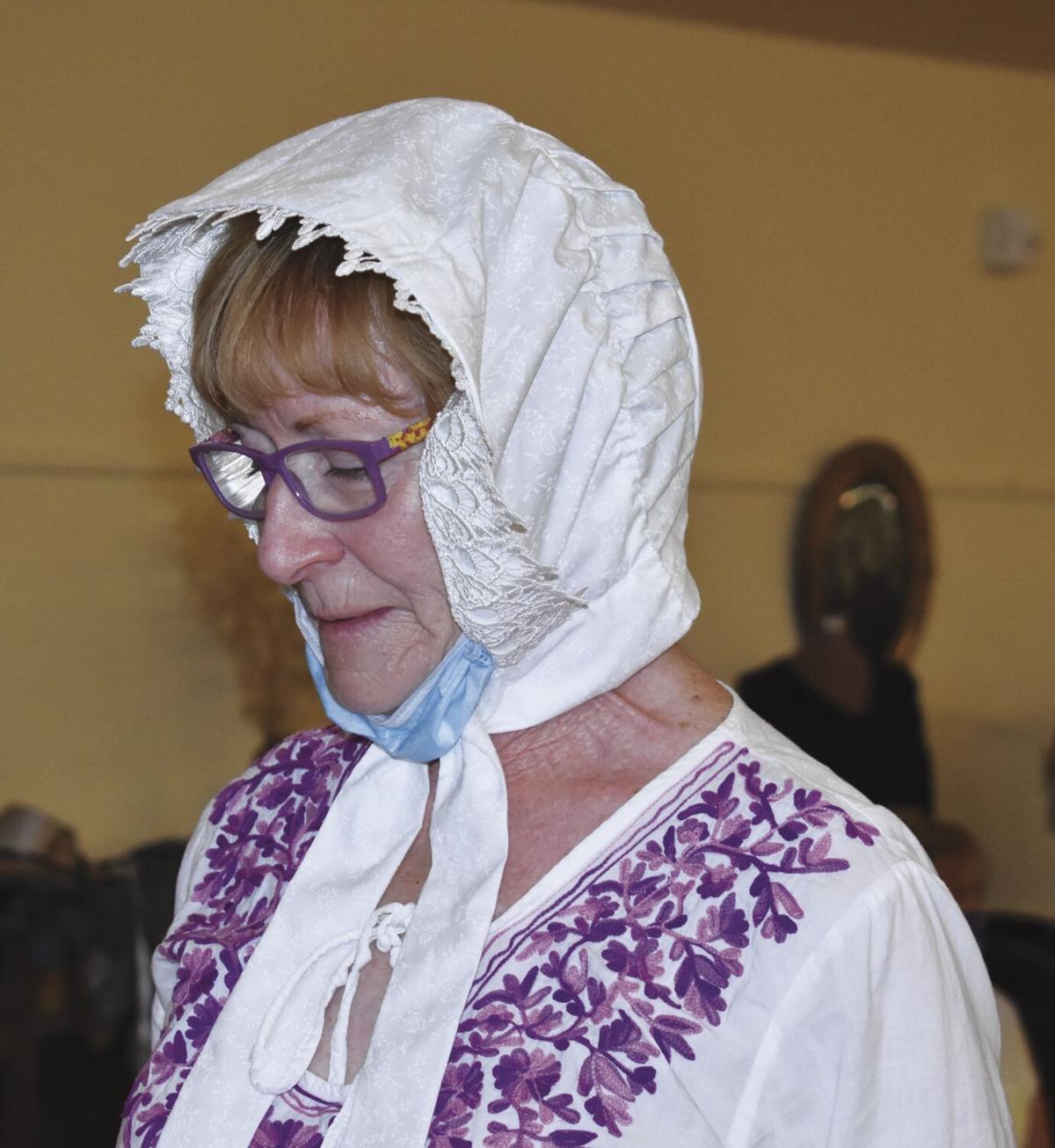 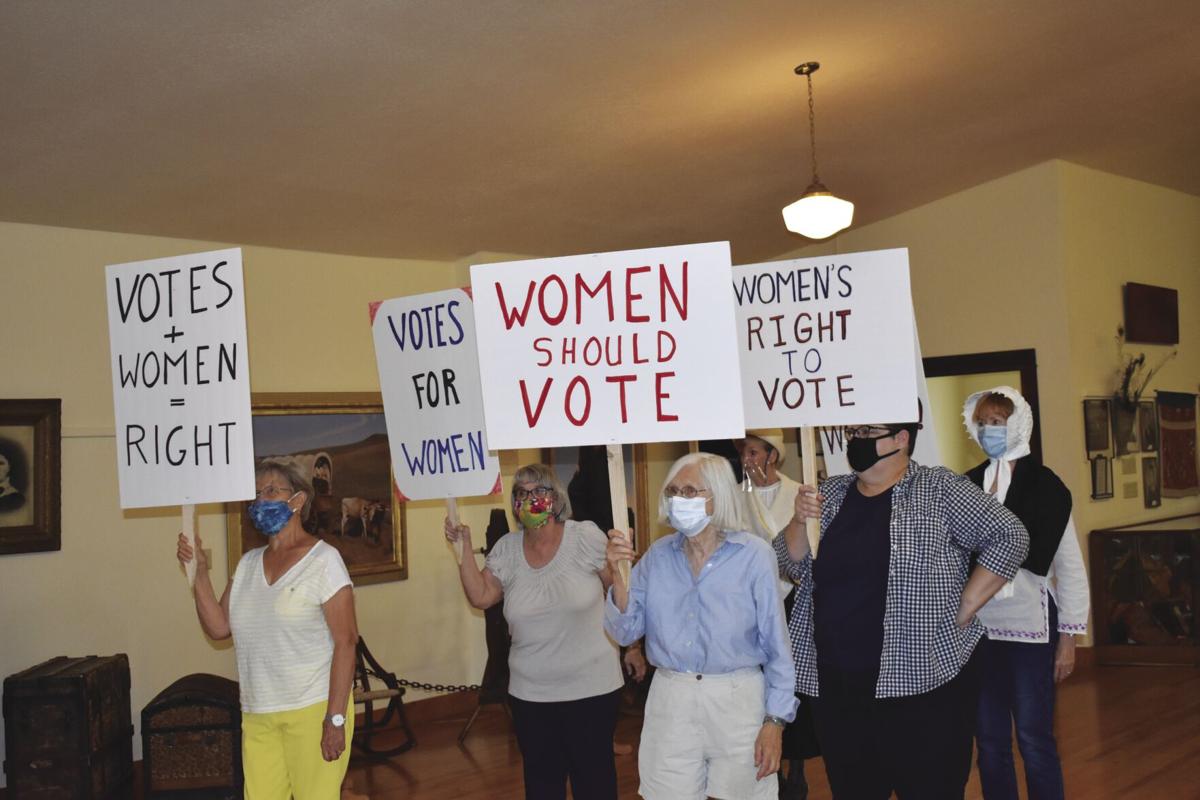 A group of Baker County women will give a performance chronicling the history of the women’s suffragette movement Aug. 15 and 21 at Geiser-Pollman Park.

Judy Head, left, and Ginger Savage are among the Baker County women who portray famous suffragettes in a performance scheduled for Aug. 15 and 21 at Geiser-Pollman Park.

A group of Baker County women will give a performance chronicling the history of the women’s suffragette movement Aug. 15 and 21 at Geiser-Pollman Park.

Women in America gained the right to vote 100 years ago.

But the work it took to earn that right started many years before, on a summer day in 1848 in Seneca Falls, New York.

That gathering of five women launched the suffrage movement, which culminated when the United States ratified the 19th Amendment in August of 1920.

This month, the Baker Branch of AAUW (American Association of University Women) will offer modern audiences a look into the past as local women share the stories and words of those who fought for the right to vote.

The program is called “Breaking Through Barriers: The Suffrage Movement in America.” It was written by Gloria Holland, a member of the Salem AAUW, who gave her permission for the local AAUW branch to make small changes and additions.

“We changed some things to bring out what happened in Eastern Oregon,” said Jean Simpson Geddes.

“We were able to personalize it,” Mickey Edwards said. “Whenever possible we put in things that were truly local.”

The program will be presented at 6 p.m. on Aug. 15 and Aug. 21 at the Powder River Pavilion in Geiser-Pollman Park.

Everyone is encouraged to bring chairs or blankets, and follow the current health recommendations for social distancing.

The readers theater script features excerpts of these women’s writings and speeches.

Dave Hunsaker is the narrator. He sets the stage by introducing the featured women.

“What you will hear in this Suffrage Movement of America is a barebones rendering of a 72-year-long struggle. ... Our hope is to educate and entertain, and perhaps to pique the interest of the audience to learn more.

“Of greatest importance is that we not forget nor take for granted what has been won. The right to vote for all America’s citizens must be safeguarded, encouraged, and employed.”

Joyce Hunsaker is the first to take the microphone and bring Sarah Grimke to life.

“For my 11th birthday my father gave me an 11-year-old Negro slave girl. I tried to give her back, but that was against the rules, so I had to keep her. In secret I started to teach her to read, but when my father found out, he threatened to whip her, so I stopped.”

Grimke went on to speak out against slavery and in support of women’s rights.

In 1848 a group of five women, including Elizabeth Cady Stanton and Lucretia Mott, gathered in New York to plan the Seneca Falls Convention, which was advertised as “a convention to discuss the social, civil, and religious condition and rights of women.”

Amelia Bloomer was also in attendance, raising attention by wearing pants instead of a skirt (this is where the term “bloomers” emerged).

Stanton (portrayed by Ginger Savage) reads the convention’s Declaration of Sentiments, which was signed by 68 women and 32 men. The suffragist movement was born.

Two years after that convention, Stanton met Susan B. Anthony. They became close friends and worked together for women’s rights.

Anthony began teaching in 1839 and soon learned the unbalanced approach for men and women — she earned $8 per month, while her male counterparts earned $30 per month.

She was arrested in 1872 for voting and received a guilty verdict.

“The judge fined me $100 but I told him I shall never pay a dollar of your unjust penalty — and I didn’t!”

Anthony and Stanton were soon joined by Lucy Stone, who in 1847 became the first woman from Massachusetts to earn a college degree.

During the Civil War, efforts turned toward the abolitionist movement. The 14th and 15th amendments provided voting rights for freed male slaves and equal rights without regard to color.

Women were still not allowed to vote.

Out West, Abigail Scott Duniway took up the fight. She came to Oregon from Illinois in 1852. On the trip, she first lost her mother, and then her little brother died near present-day Durkee.

After her husband was permanently disabled in an accident, Duniway supported their family by running a boarding school, then later a millinery shop. In 1871 she founded the weekly newspaper “The New Northwest” in Portland — and soon met Susan B. Anthony.

Duniway remained active in the suffrage movement throughout her life. In 1912, Oregon passed the women’s suffrage amendment. She was the first woman to register to vote in Multnomah County.

The original suffragettes had died by 1915, but more women took up the cause. One was Lucy Burns, who was arrested six times for her protests in support of women’s right to vote.

The 19th Amendment to the United States Constitution passed on Aug. 26, 1920. Known as the Anthony Amendment, it granted women the right to cast a vote.

“Five days after our last performance will be the absolute 100th anniversary,” Edwards said.

“What you will hear in this Suffrage Movement of America is a barebones rendering of a 72-year-long struggle ... Our hope is to educate and entertain, and perhaps even to pique the interest of the audience to learn more.”

— Except from narration for ‘Breaking Through Barriers’