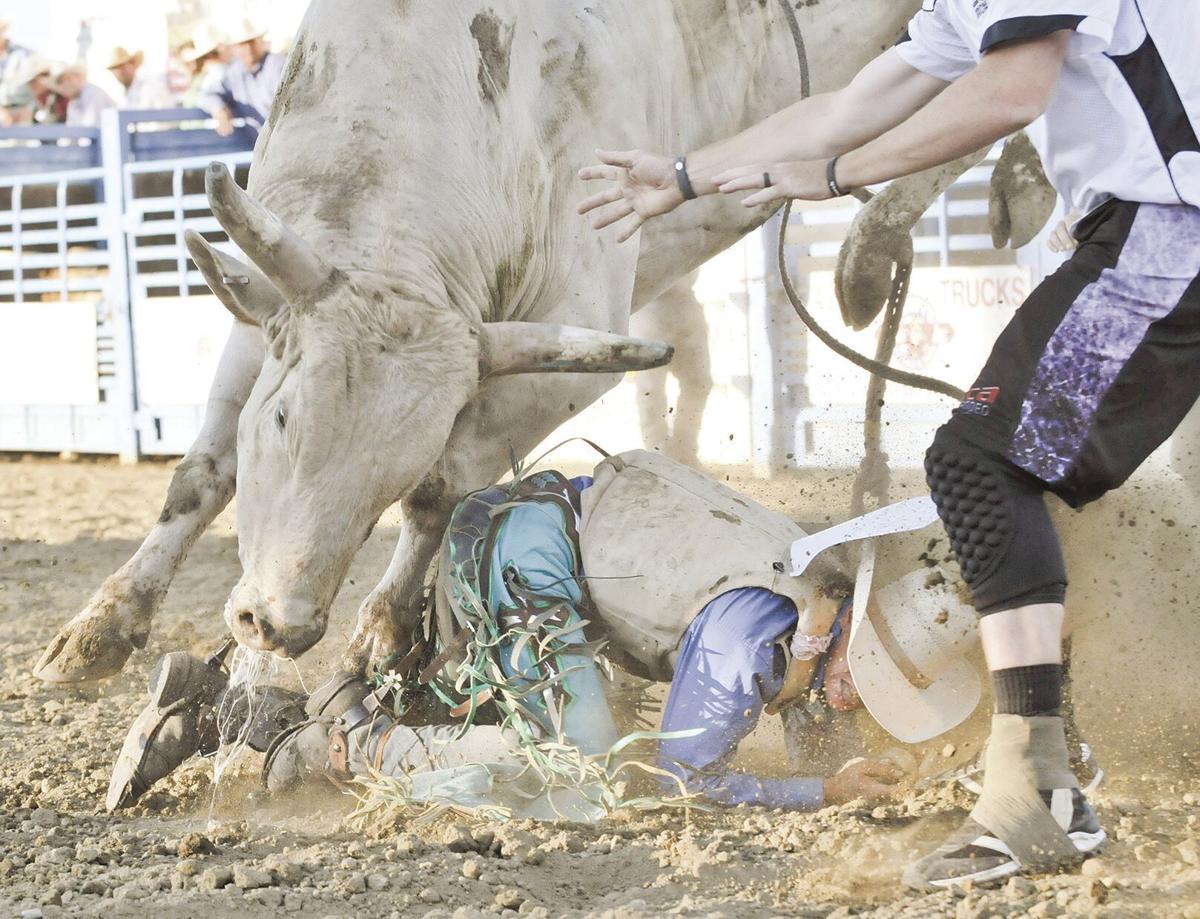 Bull riders know they risk the dangers of a ride. Mason Cooley narrowly escaped several close attacks and serious injury after being thrown during the Baker City Bull Riding event in July 2018. A bullfighter stepped in to help distract the irate bull. 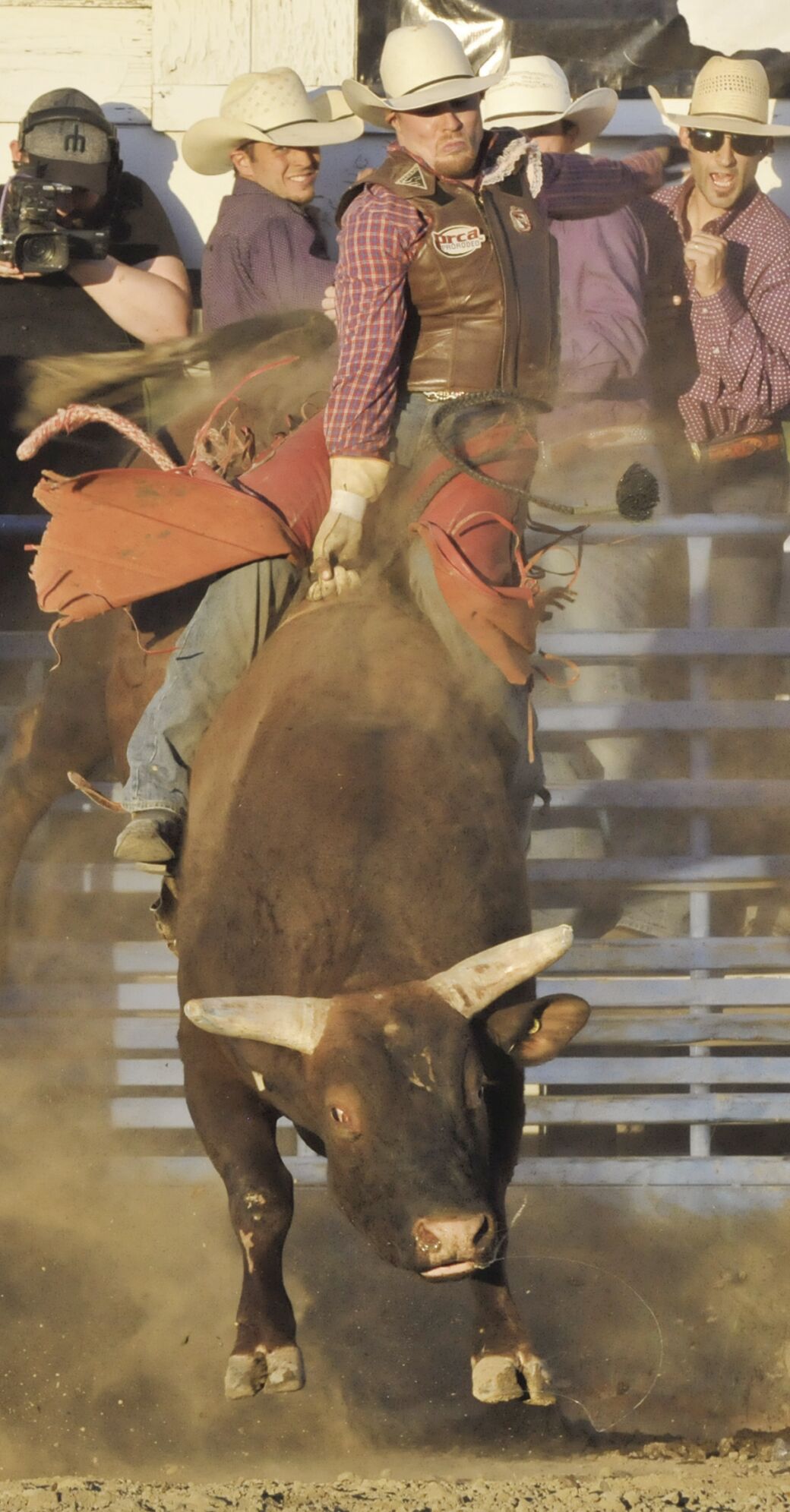 Bull riders know they risk the dangers of a ride. Mason Cooley narrowly escaped several close attacks and serious injury after being thrown during the Baker City Bull Riding event in July 2018. A bullfighter stepped in to help distract the irate bull.

The organizer of the Baker City Bull and Bronc riding competition, one of the signature local summer events, has added the two-night contest to his list of rodeo events for 2021.

The bull and bronc riding, which traditionally happen at the Baker County Fairgrounds arena in Baker City during the same July weekend as Miners Jubilee, were canceled in 2020 due to the COVID-19 pandemic.

The virus spoiled what would have been the first year of the events as part of the Coastal Farm & Ranch Challenge of Champions Tour.

That’s the series of rodeo competitions that Jason Mattox, a former bull rider who lives in Roseburg, puts on.

Mattox was prepared to assume responsibility for organizing the Baker City events from the group of volunteers, led by Ken McPheron, who had overseen them for the past 25 years under the nonprofit Baker City Bronc & Bull Riding Inc.

Mattox had announced in January 2020, less than two months before Oregon began to impose restrictions on events due to the pandemic, that the Baker City events were not only part of the Challenge of Champions Tour, but that they would be televised for the first time.

In a Friday, March 19 post on the Baker City Bronc and Bull Riding Facebook page, Mattox wrote that “we are excited for 2021 and bringing Bulls & Broncs back to the great community of Baker City.”

“We know life is so unpredictable but we are focused and ready to bring the biggest Bulls & Bronc Riding back to the Northwest after a one year delay. Both events will have a total of $25,000 for the top contestants around to compete for. Baker City look out we are pumped and ready to shine this year.”

Shelly Cutler, executive director of the Baker County Chamber of Commerce, which organizes Miners Jubilee, said she’s excited about the prospect of the bull and bronc riding events returning.

She said she talked with Mattox on Friday and told him she appreciated his efforts.

Cutler said Miners Jubilee and the rodeo events are mutually supportive, each drawing audiences for the other.

As for Miners Jubilee, which also was canceled in 2020, Cutler said she has begun planning the event and she is optimistic given recent trends of declining COVID-19 infections and increasing number of vaccinations.

“We have to plan now,” Cutler said. “We can’t wait until May or June.”

Cutler said the key to having the Jubilee is the state lifting its current limitations on the number of people attending outdoor events.

The limit is 300 people for counties at the lowest of the four risk levels, which Baker County likely will return to on Friday, March 26. At the county’s current risk level of moderate, the limit is 150 people.