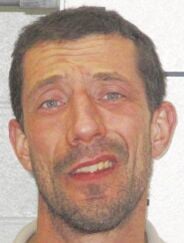 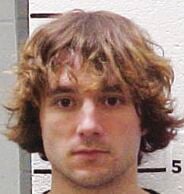 Two Baker City men who have been sought by police in unrelated incidents were arrested earlier this week.

Jason Lloyd Dinger, 40, is being held at the Baker County Jail on charges of violating a restraining order, menacing, first-degree burglary, third-degree criminal mischief and four counts of contempt of court.

Baker City Police had been looking for Dinger for the past few months, Lt. Ty Duby stated in a press release.

But because Dinger knew warrants had been issued for his arrest, he had been running and hiding from officers. Additional charges are likely as a result of other investigations, Duby said.

Police found Dinger hiding on the top floor of a building on property commonly known as Ladd’s Auto Salvage at 8 David Eccles Road. Additional officers were summoned to help, including an Oregon State Police fish and wildlife trooper and a Union County Sheriff’s Office K9 unit trained in scent and tracking.

Duby said Dinger tried to run during the arrest, but he eventually was arrested without incident about 4 p.m. Sunday.

Duby said Wolfe had in his possession an AK-47 assault rifle and a loaded 9 mm pistol that he allegedly took from the business.

Wolfe was arrested without incident and is being held at the Baker County Jail, Duby said.

Baker City Police have been investigating a rash of burglaries in the past few weeks, and more charges against Wolfe are expected, Duby said.