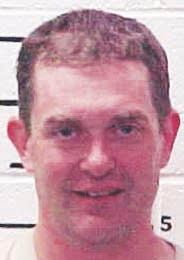 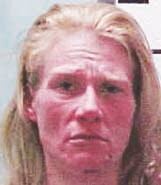 A Baker City man who was arrested for multiple charges related to a public disturbance in Haines Sunday night was released from jail Monday only to be back in custody that night, accused of first-degree burglary and second-degree robbery in Baker City.

The arrest was made after officers investigated a report of crimes alleged to have taken place Monday at about 6 p.m. at the home of Sidney A. Cruikshank, 67, of 2211 Second St.

Margaret Samantha Lacey, 33, who police describe as a transient, is accused of taking part in the burglary and robbery as well. Officers located her Tuesday. She was arrested at 9:45 a.m. at the police department.

Police Chief Ray Duman said the two are accused of entering Cruishank’s home and demanding that he hand over his wallet. When Cruikshank failed to comply with the demand, Entermille struck him in the head with a closed fist three times, Duman said.

While Cruikshank was incapacitated, Entermille and Lacey, who were acquaintances of the victim, reportedly took his wallet, which contained $160 in cash and several bank cards and identification.

When Cruikshank recovered, he attempted to call for help first on his home phone and then on his cellphone, police said. Entermille is accused of taking both phones from Cruikshank.

Cruikshank sustained minor scrapes in the scuffle. An ambulance responded to his home, but he refused transport, according to the police press log report.

Entermille and Lacey left the home with the wallet and two phones. Officers later recovered the items, which had been discarded, Duby said. The cash had been taken from the wallet, but credit cards and other documents remained.

Entermille spent Sunday night in jail in connection with a separate incident at Haines. He was held on Class A misdemeanor charges of felon in possession of a restricted weapon (a 7-inch knife carried in a sheath on his belt), second-degree criminal mischief and interfering with a peace officer; and second-degree disorderly conduct, a Class B misdemeanor.

Entermille was taken into custody about 8:30 p.m. Sunday at Haines.

He is accused of breaking beer bottles and causing a disturbance in the 600 block of Olson Street as part of an argument he was having with Lacey, witnesses told officers who responded to the scene, according to court documents.

Lacey was not charged with any crimes in that incident.

The criminal mischief charge in the Haines disturbance alleges Entermille threw an object at a 2018 Chevrolet pickup truck belonging to Paul Price of Haines, the court documents state. Damage to the vehicle was estimated at more than $500.

The charge of interfering with a peace officer alleges Entermille refused to place his hand behind his back as instructed by deputy Talon Colton.

Judge Matt Shirtcliff granted Entermille a conditional release from jail Monday after he was arraigned on the charges related to the Haines incident.

As a condition of that release, Entermille had agreed to not commit additional crimes.

That agreement was revoked at a Tuesday arraignment on the new charges.

The Baker County Sheriff’s Office has imposed guidelines at the jail during the COVID-19 pandemic, which limit the number of people held in custody based on serious person crimes and those that carry a mandatory arrest requirement.

Sheriff Travis Ash says the policy, which is used in other jails throughout the state, is designed for the safety of not only the inmates, but also for the Sheriff’s Department staff, which includes workers in the jail, patrol deputies, administrative officers and Baker County Dispatch Center staff.

Ash says he has no way of knowing how much longer the jail population will be limited.