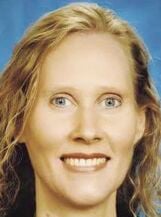 Greg Mitchell, current BHS principal, will move to the District Office to take the position of director of federal programs, curriculum and professional development. Jodi Thew has served in that role for the past year. Thew will replace Flanagan as BMS principal.

Flanagan, Mitchell and Thew all stated in a press release that they look forward to their new positions with the District.

“It can be difficult to make adjustments like this,” Witty stated in the press release. “And we acknowledge there can be an element of disappointment as positions shift.

“But I’m excited about the opportunity to maximize the strengths and experiences of each leader and I appreciate and respect the sacrifices our leaders are willing to make to better serve the needs of the district,” Witty said.

Thew, 43, who came to the administrative job with the District last year after spending more than a decade as a K-12 principal at Prescott, Washington, said she looks forward to again having direct contact with students.

“I’ve missed the opportunity to work closely with kids and staff,” Thew stated in the press release. “I enjoy interacting with kids every day, being in classrooms, helping solve issues that come up — it keeps you on your toes.”

For his part, Mitchell said he is eager to take the next step in his administrative career.

The 55-year-old Mitchell came to Baker High School in 2016 from Central High School where he also worked as principal in the Central School District 13J, which serves the communities of Independence and Monmouth in western Oregon.

“It’s a natural progression for me after working on several district-wide programs,” Mitchell stated in the press release.

“But I’m also proud of what we’ve accomplished at Baker High School during the past few years,” he said.

Mitchell listed starting the Futures Program, which helps students plan for their next steps after completing high school; creating the grad coach position, which helps keep students on track to graduate on time; and leading the school’s team through the accreditation process.

“On top of that, I’m proud of the staff for all the hard work they’ve put in to accommodate the changes required by COVID-19,” Mitchell said. “Our students are making gains despite this difficult time.”

Flanagan, 45, served as principal at Haines and Keating for two years before moving to the middle school in that role in 2017.

“I’ve thoroughly enjoyed my years at Baker Middle School,” Flanagan stated in the press release. “But it’s a great opportunity for me to move into the high school arena.

“I’m looking forward to collaborating with the staff to provide a great experience for students,” he said.

Flanagan and Thew will work a 220-day contract.

Based on their placement on the District’s administrative salary schedule, Flanagan will earn $102,497 per year in his new role. Thew will earn $113,165.