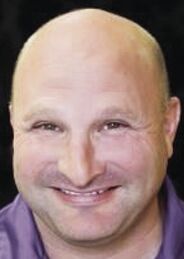 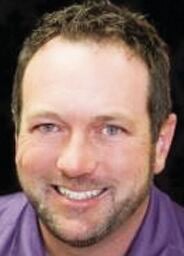 After months of planning and discussing whether to seek voter approval of a $4 million bond measure, and working to secure a matching grant to go with it, the Baker School Board agreed Thursday, Feb. 18, to place the measure on the May 18 ballot.

The Board has expressed its support for the measure so many times in meetings over the past few months, that the formality of officially voting on the action nearly was overlooked by Board Chair Chris Hawkins as he went down the items on Thursday’s agenda.

Hawkins inadvertently skipped over agenda item F6 titled “Bond Resolution — May 18, 2021 Ballot” — and was directed back to the matter before moving on to the consideration of revisions to district policies.

Once back on track, the Board voted unanimously to place the $4 million bond on the May 18 ballot.

If approved by voters, the district would couple the $4 million bond with a matching $4 million state grant and add another $4 million from the district’s Capital Projects and Student Investment Account funds to pay for school improvements.

The bond would be repaid over five years and would cost property owners about 66 cents per $1,000 of assessed property value. That amounts to about $66 more per year on a home assessed at $100,000.

The summary of the ballot measure explains that the money will help pay to:

• Replace/upgrade mechanical and electrical systems at all schools to provide heating, cooling and ventilation.

• Construct an approximately 5,000-square-foot multipurpose building at Baker Middle School for use as a cafeteria/kitchen.

The ballot title also states that a citizen oversight committee would be formed “to ensure that proceeds are used as intended.”

As Thursday’s meeting got under way, the Board honored its Promise Students of the month.

Wirth, who works with the District’s English as a second language program and serves as an interpreter and translator, was on hand to help Marco’s parents, Filiberto and Alba Rosales, follow the presentation.

Dalton told the Board that Marco’s parents came to the United States to find opportunity for their children. (In addition to Marco, they have a fifth-grade son, Brandon, and a daughter, Naomi, who is in first grade, Wirth said.)

Dalton told the story of how Marco had a rough start in school.

He said Wirth had been called to Marco’s school when he was just a kindergartner to find him sitting outside alone and visibly upset.

Dalton said the young Marco told her, “Miss Wirth, I have decided I don’t need school and I am not learning English.”

Although school continued to be hard for him, he didn’t give up and he did learn English, Dalton said.

“In second grade he was still not doing well,” Wirth said.

That’s when Marco’s mother came to her seeking advice about what she could do to help her son.

“She never gave up on Marco,” Wirth said.

It was at BTI that Marco really found his place, Dalton told the audience.

“He has become a fabulous welder and fabricator,” Dalton said.

And he said Marco plans to pursue additional training to become certified as a professional welder at BTI after graduation from high school.

Ryan Butler, BTI welding instructor, said he has worked with Marco since he was a sophomore. He praised his students’ accomplishments in the classroom and in his relationships with his peers.

“You have come a long way,” Butler told Marco and his parents via the Zoom computer app that linked the Board and audience to the presentations.

Marco’s father smiled proudly, and his mother wiped tears from her eyes as they watched the presentation from their home.

Director Kevin Cassidy later received word from Dalton — and reported to the Board — that Marco gave his mother flowers after being honored himself, to thank her.

The Board next watched an endearing video tribute from the kindergarten classmates of Khaleesi Currie, the daughter of Cassandra and Allen Currie. Students and teachers emphasized the kindness and helpfulness Khaleesi displays as a student at the Baker Early Learning Center.

“She is always looking out for others before herself,” her teacher Sharon Paine told the audience.

In other business Thursday night, the Board:

• Voted to dissolve the District’s pay-to-paticipate policy that has been in place to help fund student programs over the past several years.

Superintendent Mark Witty said money from the state Student Investment Account will be used instead for that purpose.

Cassidy said he was happy to see the proposal come to the Board.

“I think it’s a great move and it has been a long time coming,” Cassidy said.

Witty added that even though scholarships are available to students who can’t afford the participation fee, it still can remain a barrier the prevents some students from engaging in programs.

“I do believe it is a barrier and at the end of the day it is an equity issue,” Cassidy said.

• Approved the hiring of Kira Reoch as a certified registered nurse instructor at BTI, and Lindsey Bennington-McDowell, as a confidential employee in the District Office, who will work as a public information and communications coordinator.