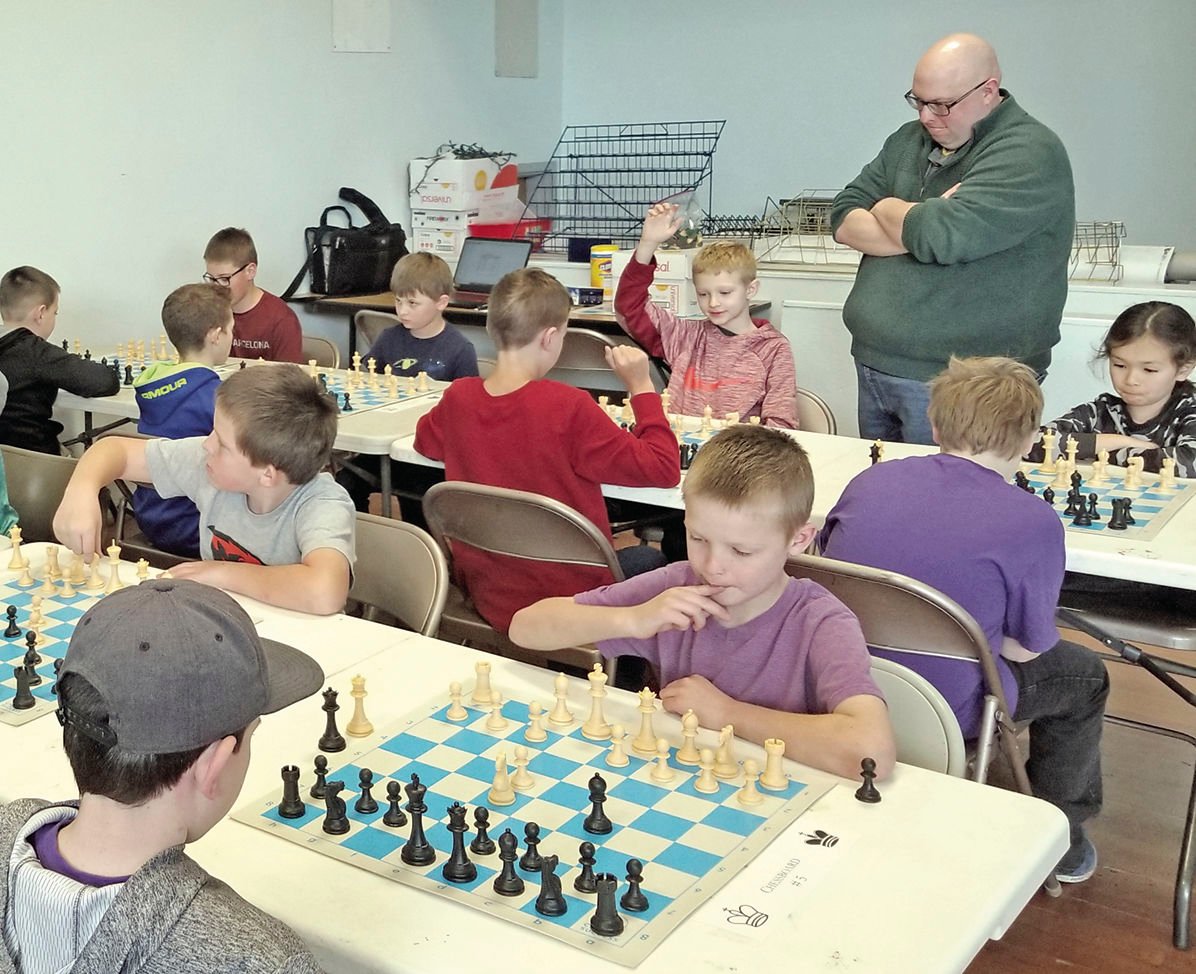 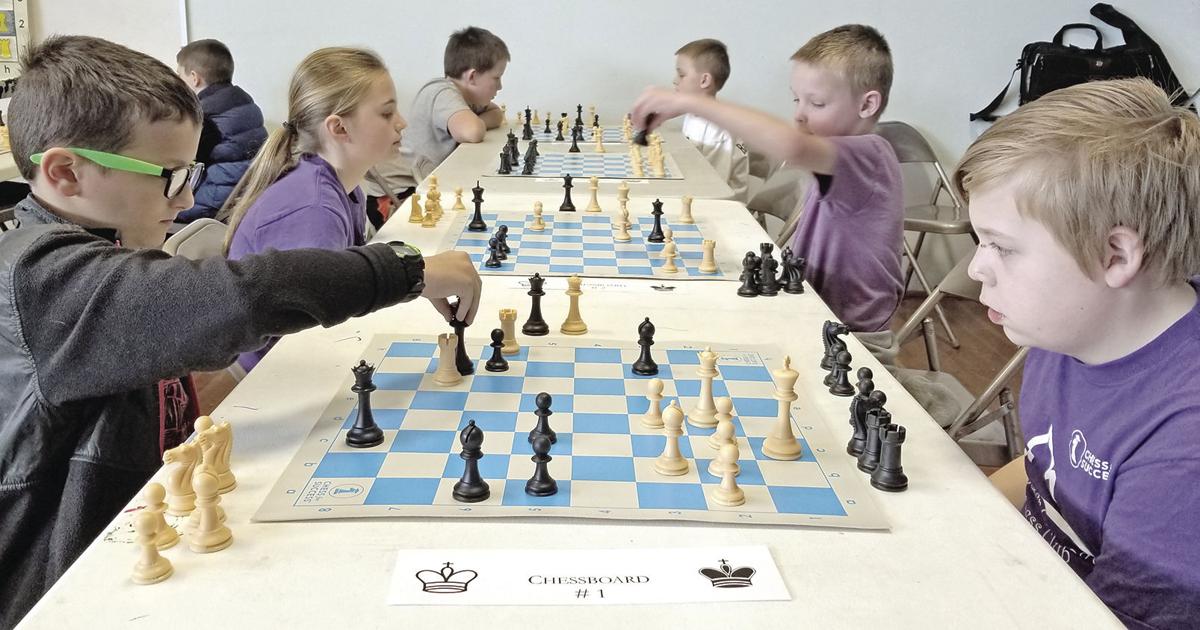 Liam Conklin, left, thinks about a move in a chess game against Justin Wolfe during a local tournament held Friday at Brooklyn Primary School. Twenty-four youth from grades kindergarten to 6 participated in the event.

Liam Conklin, left, thinks about a move in a chess game against Justin Wolfe during a local tournament held Friday at Brooklyn Primary School. Twenty-four youth from grades kindergarten to 6 participated in the event.

Whispers and giggles disappear as soon as the children take their seats.

Before them sits a chess board and an opponent.

In silence, the game begins.

Twenty-four children ranging in age from kindergarten to grade 6 participated in a chess tournament Friday at Brooklyn Primary School. The event was sponsored by the Baker School District and Baker County YMCA.

Players were paired by ability. Each played four rounds, with one hour allotted for each round.

Angela Lattin, who facilitates the FridayPlus program, applied to bring the chess program to Baker City. Chess for Success is a nonprofit serving Oregon and Southwest Washington. Eligible schools have at least 50% of students qualified for free or reduced-priced lunch.

The participants at each school numbered 30 at Brooklyn, 19 at South Baker, and 24 at BMS. Coaches were Jay Billings, Travis Jensen and Marco Valerio.

Ian Wolfe volunteered to help at weekly practices and ran the Brooklyn tournament.

Every CFS session included a lesson from the coach, followed by time to play different opponents.

Friday’s tournament was a local competition open to the community.

“Anybody could come. The idea is to get kids playing,” Lattin said.

During a break between rounds, the chess players either built with Legos or played chess on extra boards.

When asked their thoughts on the game, the same word kept coming up: strategy.

“It’s a good strategy game for your brain,” said Jordan Wolfe, a third-grader.

“It opens your mind to a new world of creativity and strategy,” he said. “You have to really think.”

Second-grader Christopher Payne focused on the game part of chess.

Ian Wolfe watched the students’ abilities grow over the course of the sessions.

“The best part was watching their minds as they thought through moves — and loudly whisper so their opponent knew the plan,” he said with a smile. “But they grew in confidence with the game and developing a strategy.”

Audrey Carlson had a specific reason for joining Chess for Success.

“I wanted to learn it and play against my brother,” she said.

Indeed, Wolfe heard stories of how the game continued long after the CFS sessions ended.

“It’s been cool to see parents and kids bond over the game,” he said.

Lattin said next year the CFS program will run from October to March.

“There are a lot of benefits to chess,” Ian Wolfe told parents during Friday’s tournament. “It helps basic logic skills, and learning about short- and long-term consequences in the format of a game.”

After four rounds of chess on Friday, Haysen Hellberg earned the most points by winning all four of his games. Justin Wolfe scored second for points.

Baker FridayPlus offers diverse programs for students across the school district. To stay updated on current opportunities, check the Facebook page or go online to www.bakerfridayplus.org