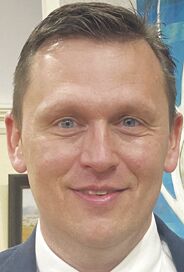 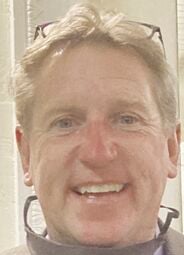 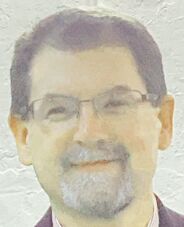 The three candidates for the Baker City manager job were in town on Thursday.

Residents had a chance to talk to Steve Ashworth, Scott McClure and Jonathan Cannon at the Baker Tower and Crossroads Carnegie Art Center.

City councilors, as well as the five councilors-elect who will take office in January, met the trio of manager candidates at City Hall.

Ashworth traveled from Alpine, Wyoming, McClure from Monmouth, and Cannon from Saluda, North Carolina. The three arrived in Baker City on Wednesday, and on Thursday each had individual tours of city facilities, including the police and fire departments, said Robin Nudd, the city’s human resources director.

Ashworth said he is interested in the job for several reasons, one of them a personal link to Baker City.

Ashworth said they had always talked about moving to Baker City after their kids were out of school.

“The city of Baker appeals to us as a start,” he said. “As far as the city manager position, the opportunity to be a city manager is of high interest to me. It’s about being able to help a community, be part of a community, and help strengthen the community and that’s something that’s very important to me.”

Ashworth has been employed as the executive director of Parks and Recreation at Jackson, Wyoming, since November 2009.

“I’d like to be able to lead the people and the staff and the city of Baker to make this even a stronger community than already it is and to just build off the great things that are happening already here,” Ashworth said.

He said he and his wife had visited Baker in the summer about 3 weeks before the job announcement came out.

McClure said he is impressed by the city and likes its size.

“I’m very familiar with the size of Baker City staff,” he said. “Very full service, I like that. I like having a lot of services to play with. It’s a nice community; all the history buildings are pretty amazing. I like the neighborhoods, especially the ones where people have really taken care of the historic homes.”

McClure, a lifelong Oregonian who has served as city administrator in Canbyand city manager in Monmouth, said he would like to stay in the state.

Cannon, who has family in Boise, said the area in North Carolinia where he works as city manager for the city of Saluda, population about 700, has been growing.

“My family and I said maybe we need to find somewhere that’s more rural like we remember growing up,” Cannon said. “Baker City, I saw it on the (International City Managers Association) website and thought ‘wow, that looks like a really nice place’. And so, I took a chance and applied and started researching the city, and just find it charming.”

Cannon has enjoyed his time in Baker City.

“It’s fantastic. It’s amazing how beautiful the mountains are right up here against the city,” he said.

Mayor Loran Joseph said the City Council will solicit impressions from the councilors-elect and from other residents who met the candidates.

The council will have an executive session meeting next week and figure out how to proceed.

“We’ll go over things and come out of executive session to make a decision and will find out more then and see where everyone is at and what their thoughts are,” Joseph said.