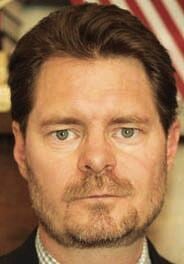 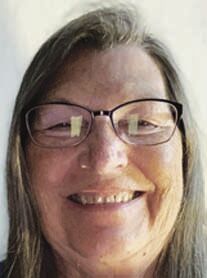 Five of the seven City Council members were elected Nov. 3 and are slated to be sworn in Jan. 12.

The city also has a new manager — Jonathan Cannon.

Under the city’s council-manager form of government, the city manager oversees the city’s daily operations and is responsible for the city’s workforce.

The City Council sets policies and has the authority to choose the city manager.

Although the five newly elected councilors didn’t vote on the motion to hire Cannon, four of the five who responded to the Herald’s request for an interview in November — Kerry McQuisten, Johnny Waggoner Sr., Shane Alderson and Joanna Dixon — said they preferred Cannon, 43, who has worked as city manager in Saluda, North Carolina, a town of about 700, since August 2015.

That quartet, along with Heather Sells, will be sworn in Jan. 12.

They will join the two current councilors, Lynette Perry and Jason Spriet.

Perry was elected to a four-year term in 2018 and thus was not on the Nov. 3 ballot.

Jason Spriet, who was appointed to fill a vacancy in early 2020, was elected in November.

As one of the top three finishers in the election, Spriet, along with McQuisten (who received the most votes) and Alderson (who was second), was elected to a four-year term.

Andersen and Bruland were on the Nov. 3 ballot but neither received enough votes to be re-elected.

Four of the councilors-elect responded to the Herald’s request to discuss some of their goals when they take office.

“A lot. We need to bring our ordinances up to date. That is one thing. But as a main goal, we need more housing in Baker. We need affordable housing. So what I want to look at, and I’m going to talk with everybody else, but I want to look at is maybe foregoing (city fees for utility) hook ups for new houses for so many years. That way people don’t just say ‘I’m putting in a new house’ and then they put it in there and then they sell it. That’s not what it’s for. But I’d like to forego the water and sewer hook up (fees) because the city in general is going to make the money back providing the services and for every house that we build in Baker, it frees up the house those people were in for somebody else to buy or to rent.

“And the city, we’re not in this to really make profit, we’re in it for the people. That’s what a lot of people don’t understand. I think the city is there for the people to provide the services with the taxes and revenue that they make. So that’s one of the main things I want to work on is affordable housing.

“I want to talk to the other city councilors and see if maybe we can give some relief of our own to the residents and businesses. Maybe we can give them March’s water and sewer bill. Something like that. You know, give them something back. I realize it’s only 50 bucks for some people but it might be 200 for others but whatever it is, it’s giving some kind of incentive to the people because I know there’s lost wages. And people are just scraping, so maybe we can help them. Do our little bit.”

“Figure out how to get businesses in the community through to the other side of these COVID shutdowns. That’s my number one goal.

“What happens now since we are newly elected is each one of us becomes 1/7 of a team basically, so none of our individual goals necessarily will happen. What will happen is we will get together and vote on our list of council goals and set that for the year, that’s kind of just standard procedure.

“I have had direct communication with probably 100 people in the community and they are all reaching out with one concern in mind and that’s how to survive Kate Brown’s response to COVID. So clearly that’s going to be the first thing we need to deal with. I can see that being on the agenda as soon as possible so that local business owners and individuals can come offer public testimony. We’re going to have to deal with that first. So we have got to do something. We’ve got to hear more from what people need and what they’re experiencing.”

“When I was running, one of the biggest things I see that’s an upcoming concern is the budget for the fire department and I’d like to get a couple more city police officers hired. When we come into the first meeting and then set our goals for the upcoming year, I think we kind of have to pick. We can have a handful we would like to see accomplished but probably each one of the members have one or two they think they can get accomplished.We kind of have to pick what’s going to be the best for the community that you can get done. My biggest challenge I think is budgeting for fire and police services.”

“More affordable housing, better paying jobs, looking over the ordinances to make sure that we don’t have anything that’s outdated, making sure the watershed is secure and safe, and that we don’t have any issues with it. Get into office and just do the best that I can for the citizens of Baker.”

“I have had direct communication with probably 100 people in the community and they all are all reaching out with one concern in mind and that’s how to survive Kate Brown’s response to COVID.”