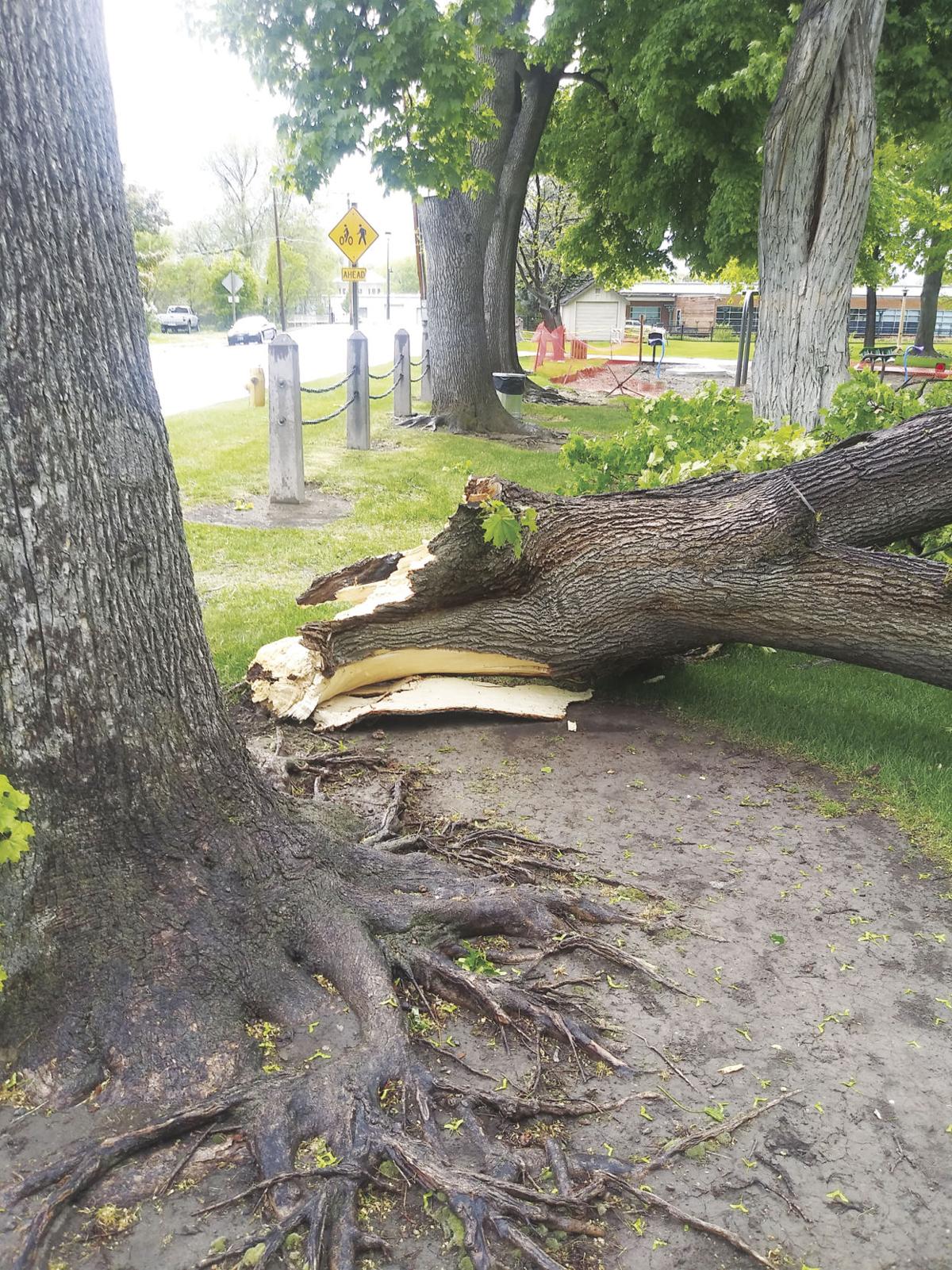 A wind gust Sunday afternoon snapped the trunk of a maple tree on the south side of Geiser-Pollman Park. 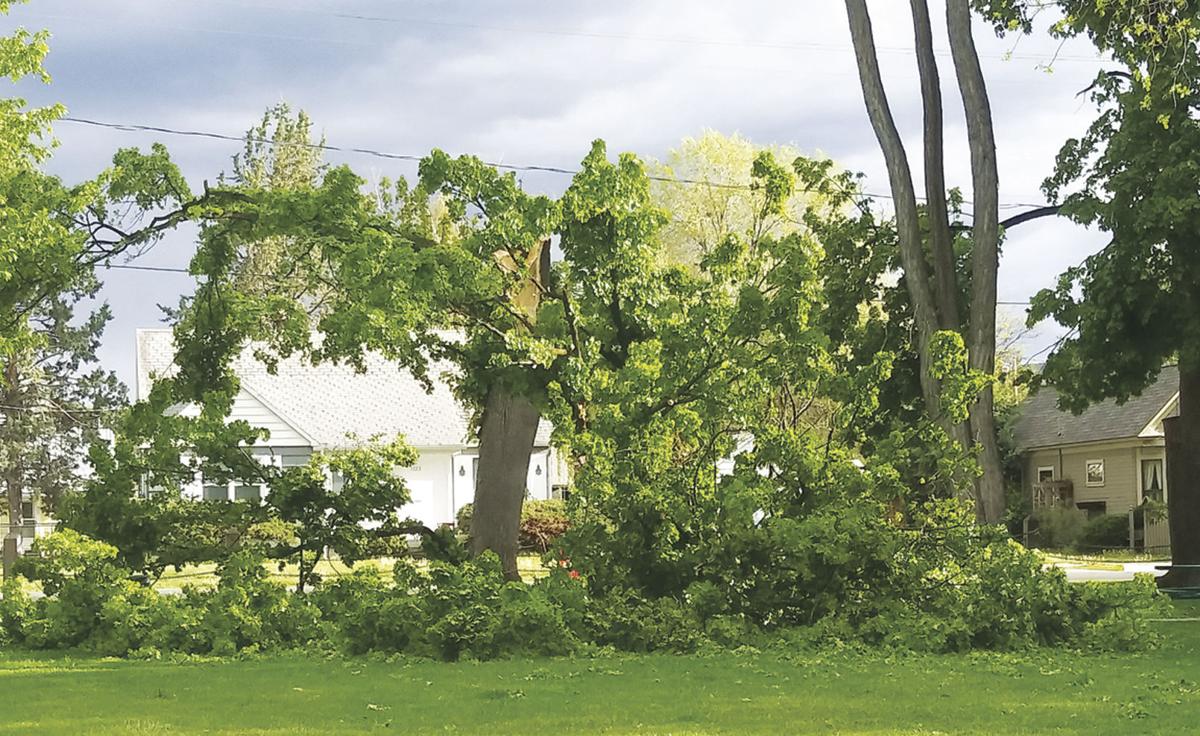 The maple tree next to Madison Street snapped about 12 feet above the ground.

A wind gust Sunday afternoon snapped the trunk of a maple tree on the south side of Geiser-Pollman Park.

The maple tree next to Madison Street snapped about 12 feet above the ground.

A brief but potent storm spawned a wind gust that snapped the trunk of a mature maple tree in Geiser-Pollman Park Sunday afternoon.

The tempest also cracked branches in some other trees in the city’s biggest park, and toppled at least a few other trees, or large limbs, elsewhere in town.

Joyce Bornstedt, the technical administrative supervisor for the city’s public works department, said she was surprised at the extent of damage to trees at the park.

The storm didn’t last long, and Bornstedt said the winds didn’t seem to her particularly powerful.

But at least one gust proved too much for the maple near the south edge of Geiser-Pollman Park, just north of Madison Street.

The tree’s trunk snapped about 12 feet above the ground.

Bornstedt said the maple, though fully leafed out, showed signs of “considerable rot” in its heartwood.

When she got the phone call about wind damage in the park she initially hoped the storm might have given the city an assist.

Bornstedt said the city’s Tree Board has authorized the removal of a box elder tree that is also rotting.

The box elder is inside the footprint of the new all-abilities playground the city is building.

Bornstedt said she figured that tree would have been among the more vulnerable of the 110 or so trees in Geiser-Pollman.

The maple that came down didn’t cause any damage to the playground, Bornstedt said.

La Grande arborist Michael Curtiss, who has done considerable work for the city in the park, evaluated other storm damage Monday morning.

There were several broken limbs that didn’t fall and will have to be removed, Bornstedt said.

Curtiss estimated that the maple that snapped was about 92 years old, Bornstedt said.

“Although the stump appears to be solid, there was significant rot nearly all the way to the ground,” she wrote in an email to her Herald.

Bornstedt wrote that Curtiss believes past pruning to create clearance around power lines contributed to the tree’s condition.

Tom Fisk, the public works department’s operations supervisor, said city employees helped clear trees or limbs at three places Sunday afternoon — near Fifth and Madison streets; in the 2500 block of First Street; and in the 2300 block of Auburn avenue.

The tree near Fifth and Madison knocked down a power pole that carried a line serving one home, said Joseph Hathaway, communications coordinator for Oregon Trail Electric Cooperative.

The strongest wind gust at the Baker City Airport Sunday was 29 mph.