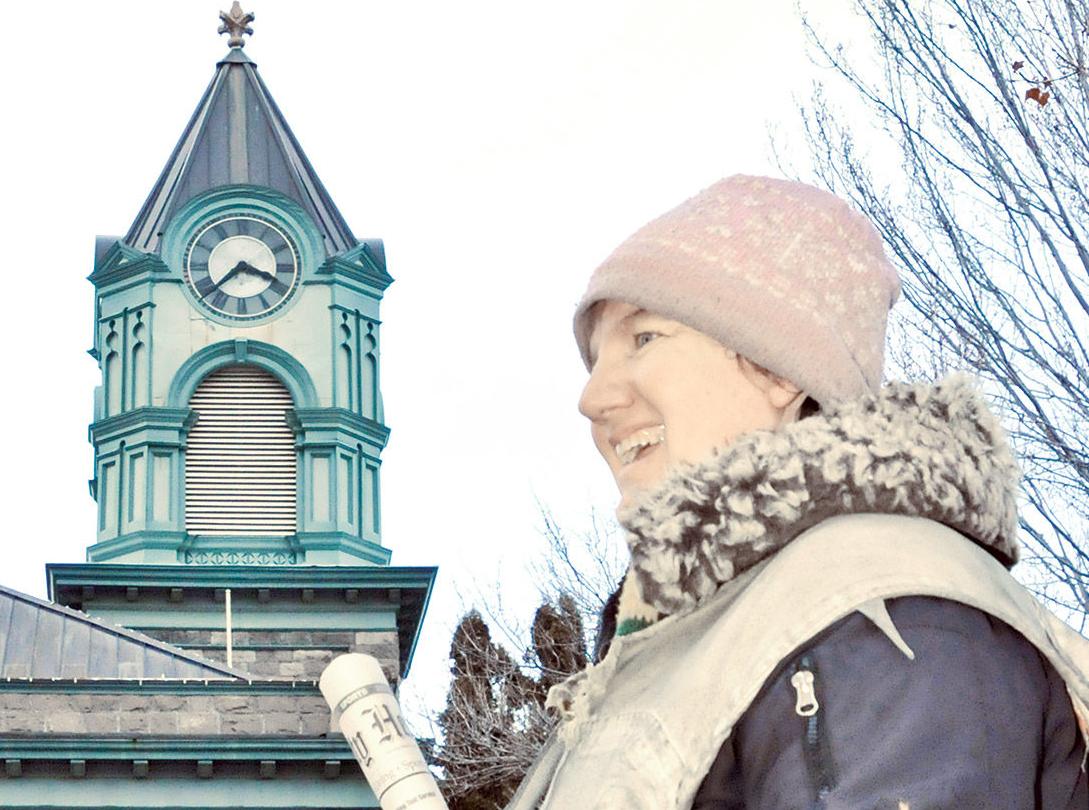 The delivery route for Sarah Owen takes her mostly in the downtown area. She hand delivers the Baker City Herald inside businesses and at City Hall with hellos and smiles. 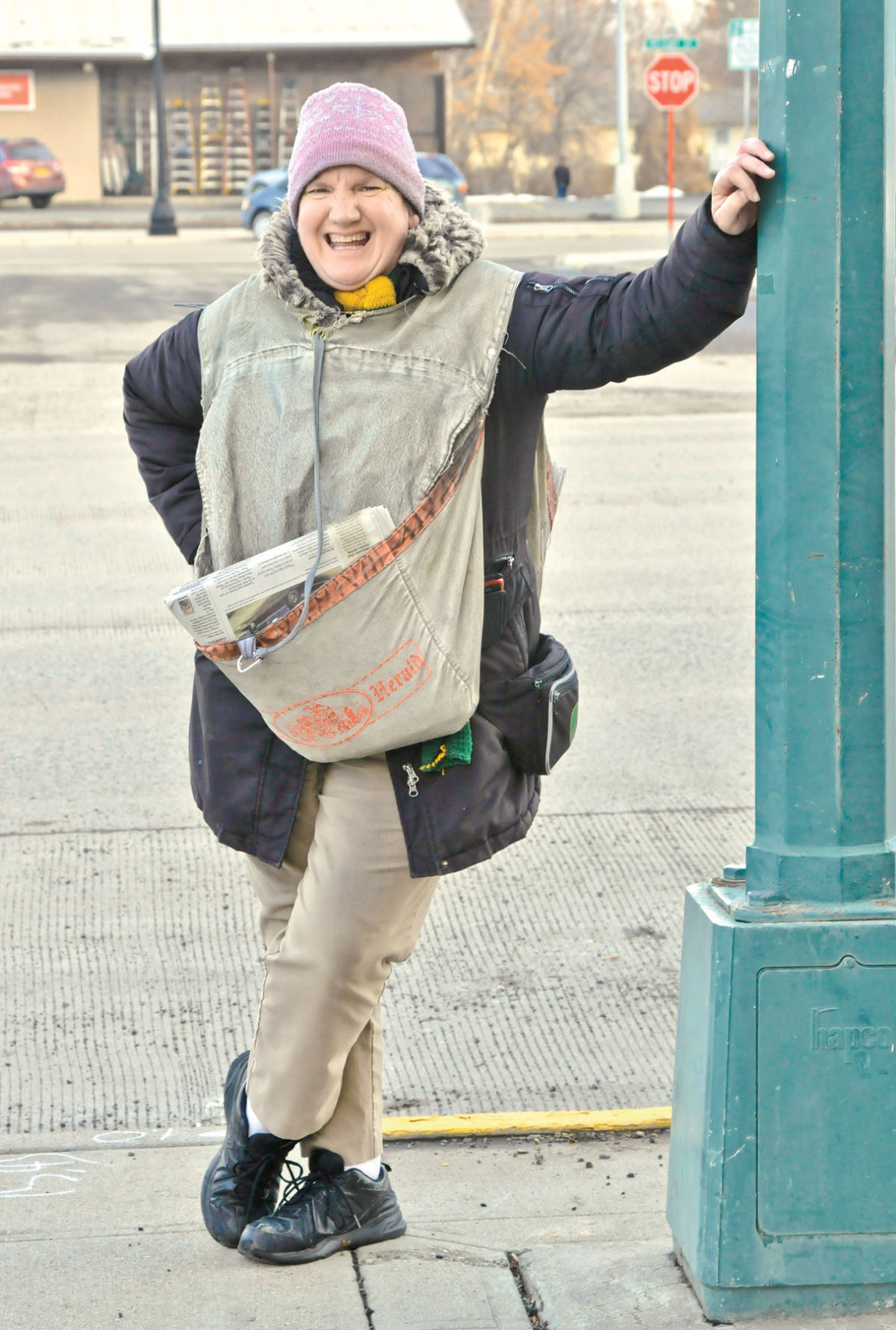 Sarah Owen has been a newspaper carrier for the Baker City Herald for about 16 years. Customers on her route say they will miss her and the personal contact. Postal delivery of the Herald begins Tuesday, Feb. 4. 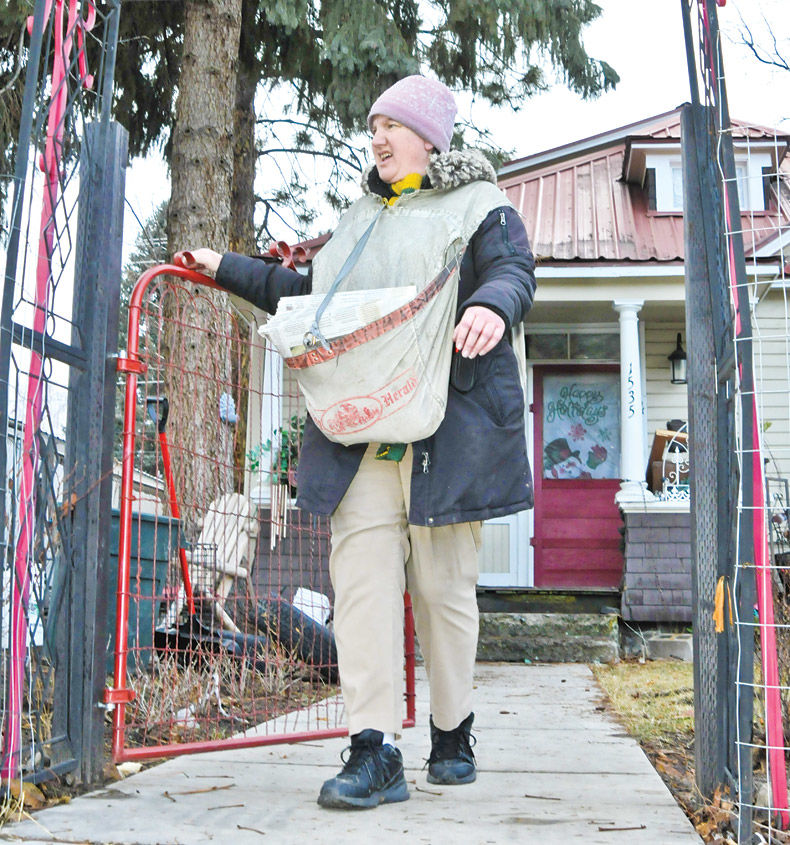 Home deliveries also get the personal touch from Sarah Owen, who makes certain the papers are left where customers want them. 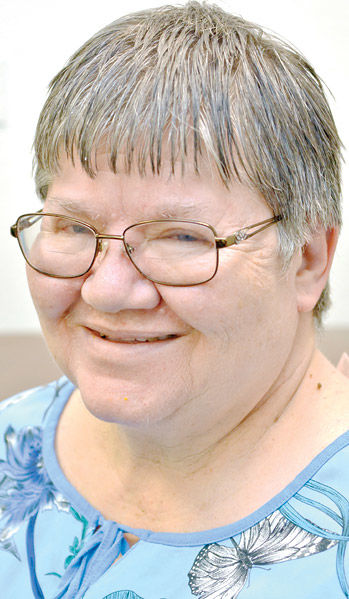 The delivery route for Sarah Owen takes her mostly in the downtown area. She hand delivers the Baker City Herald inside businesses and at City Hall with hellos and smiles.

Sarah Owen has been a newspaper carrier for the Baker City Herald for about 16 years. Customers on her route say they will miss her and the personal contact. Postal delivery of the Herald begins Tuesday, Feb. 4.

Home deliveries also get the personal touch from Sarah Owen, who makes certain the papers are left where customers want them.

Bundled against the January chill, Sarah Owen makes her way through one of her last days as a Baker City Herald carrier.

Preparing to make 48 stops along her route, Sarah secures her two sided bag full of papers. She doesn’t have long, as some businesses close between 3:30 p.m. and 4 p.m.

“I always go fast on this route,” Sarah said.

Sarah, 45, has had this route for nearly 16 years, and she often sees familiar faces. She begins her route on Second Street, then makes her way downtown on Main, smiling at every stop.

“I always smile because it always makes other people smile and be happy,” she said.

In another part of town, Sarah’s mother, Shirley, 68, is making her way to her 79 customers. She used to carry a holder similar to Sarah’s, but now uses a wheeled stroller.

Shirley has been a Herald carrier for 23 years, and she often helped her children when they had their own routes.

The Owen family has had a hand in delivering papers either together or on their own. Sarah’s father, Gary, her two brothers, Mark and Emery, and her sister, Debrah, have each worked in some way to help deliver papers over the decades.

“It’s been a family thing for so many years,” Shirley said.

There had been times in the past when family members would help Shirley with delivering papers when she was unable to.

Sarah began working as a carrier to get out and meet people, take advantage of the exercise that comes with it, and earn some money.

In the years they have worked with the Herald, Shirley and Sarah both have fond, and some not so fond, memories as they made their way through town.

Winter ice, and overly excited dogs, occasionally present problems. Both Sarah and Shirley said they have been bitten by dogs on their legs, but only once for Sarah and twice for Shirley.

“It’s just one of those houses you have, and you pass the dog, try to stay calm, I try to say ‘good dog,’ ” Shirley said. “I don’t have that many dogs on the route anymore that would do that.”

The family’s fonder memories focus mainly on pleasant exchanges with customers who became friends. Shirley and Sarah could not recall any rude or very unpleasant customers they have delivered to.

Shirley recalled helping a gentleman who had fallen. She also recalled people who have helped her in many different ways.

“They became really good friends, my customers did,” Shirley said. “And I know a lot of them said that they’re going to really miss me.”

Shirley said she will miss her customers as well — the personal aspect of meeting and conversing with her customers who became “like family.”

The Baker City Herald’s change to mail delivery, starting Tuesday, Feb. 4, will be hard for Shirley and Sarah, who said they will miss the work.

“After doing it so long, it’s hard. I’ve accepted it, but it’s still hard,” Shirley said.

She and her daughter aren’t sure what they will do next but they do plan on looking for other jobs. Shirley also works on making quilts for people and volunteers at Brooklyn Primary School.

“There’s always something out there that I can go out and find,” Shirley said.

Sarah likes to work with the elderly or something similar. She says she is not going to worry, and she will wait and see what will happen.

“Things like this do happen, unfortunately,” Shirley said. “But I’ve enjoyed it.”

Shirley moved to Baker 49 years ago. She met her husband in Portland and the two were married in Utah before making their way to Baker, where their children grew up.