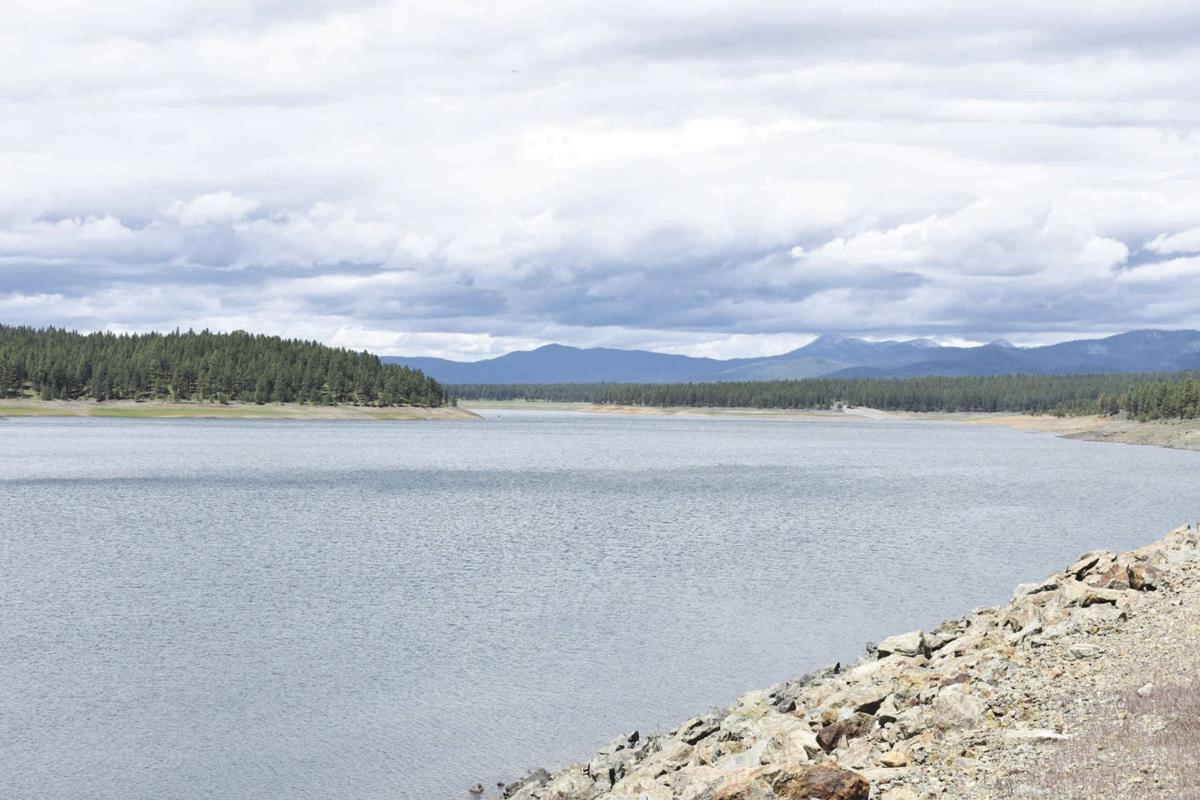 Phillips Reservoir between Baker City and Sumpter is slightly less than half full. 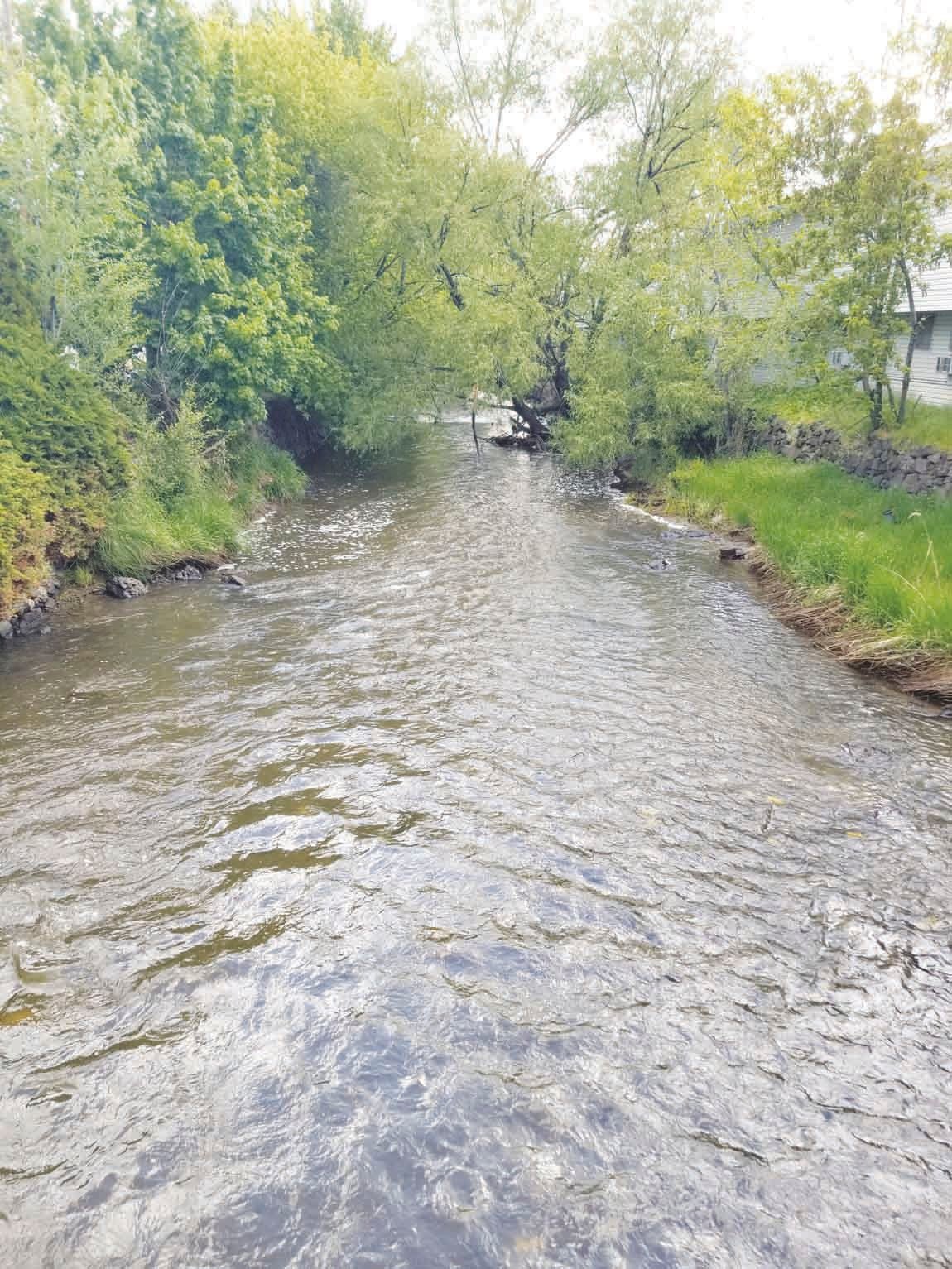 After rising Wednesday during a prolonged rainstorm, the Powder River through Baker City had receded significantly by Friday.

Phillips Reservoir between Baker City and Sumpter is slightly less than half full.

After rising Wednesday during a prolonged rainstorm, the Powder River through Baker City had receded significantly by Friday.

Jeff Colton was sorry about the rain Wednesday.

Sorry that it eventually stopped falling in Baker County.

The rain that sluiced down most of the day — a daily record of 0.54 of an inch fell at the Baker City Airport — didn’t cause any flooding here as it did in neighboring counties.

But the storm did give Colton some optimism about this summer’s water supply in the midst of a spring that’s mainly been disappointing.

Tough, in Colton’s view, being a synonym of sorts for “dry.”

Every month in 2020 has been drier than average at the airport.

Phillips Reservoir, the Powder River impoundment between Baker City and Sumpter that stores water to irrigate more than 30,000 acres in Baker Valley, reflects the arid trend.

The reservoir is holding about 45% of its capacity.

The biggest problem, Colton said, isn’t that there hasn’t been enough rain to replenish the reservoir.

Rather, he’s had to release more water through Mason Dam than usual to meet irrigation demand.

During a more damp spring, by contrast, Colton can reduce the water flow through the dam to a mere trickle because rain keeps fields and pastures moist and there’s no need for supplemental irrigation. That means most of the snowmelt from the Elkhorn Mountains and other ranges stays in the reservoir — ideally raising its level to full, or nearly so, by late spring.

The more water Colton can store in the reservoir, the more he can dole out to farmers and ranchers through the summer.

But this spring the lack of rain, combined with frequent strong winds that leach water from the top layer of the soil, prompted farmers to start calling for irrigation water in April.

Colton said he has had to release water from the reservoir at a rate as high as 298 cubic feet per second (cfs).

That’s almost as much water as was flowing into the reservoir from the Powder River and its tributaries, he said.

The volume of water stored in the reservoir reflects that nearly equal balance between inflows and outflows.

When the spring is soggy, allowing Colton to capture almost all the inflow, the reservoir can rise by several hundred acre-feet per day.

But this spring the reservoir has added an average of about 76 acre-feet per day since mid-April. And on several days during the past month the reservoir level has actually dropped slightly.

When rain started falling Wednesday morning, Colton cut back the volume of water flowing from the reservoir.

Two hours later, with the rain continuing, he clamped down a second time.

And finally, on Thursday, Colton reverted to the minimum allowed release, about 20 cfs.

Although the rain had ceased, Colton said demand for irrigation water will be significantly lower for the next couple of weeks as farmers let their alfalfa fields dry in preparation for the first cutting of hay.

“The timing is perfect,” he said. “It gives us a chance to stop using water for a while.”

The Powder River continued to rise through much of Wednesday even as Colton was releasing less water from the reservoir.

One reason, he said, is that it takes about 12 hours for changes in the release volume from the dam to have an effect on the river level in Baker City.

Another is that the rainstorm swelled Powder River tributaries, such as Elk and Denny creeks, that are below the dam.

The river, measured at a gauge near Wade Williams Field, rose from 200 cfs early Wednesday to a peak of 382 cfs around 1:15 p.m. that day.

By midnight Wednesday the river had receded to 154 cfs. At noon Friday the Powder was down to 60 cfs.

Some parts of Northeastern Oregon missed out on the rainstorm earlier this week.

They got snow instead.

Snow depth at the station, elevation 7,400 feet, increased from 41 inches to 54 inches.

Mount Howard, above Wallowa Lake, recorded 14 inches of snow, and at Moss Springs, in the Wallowas east of Cove, about 7 inches of snow fell.