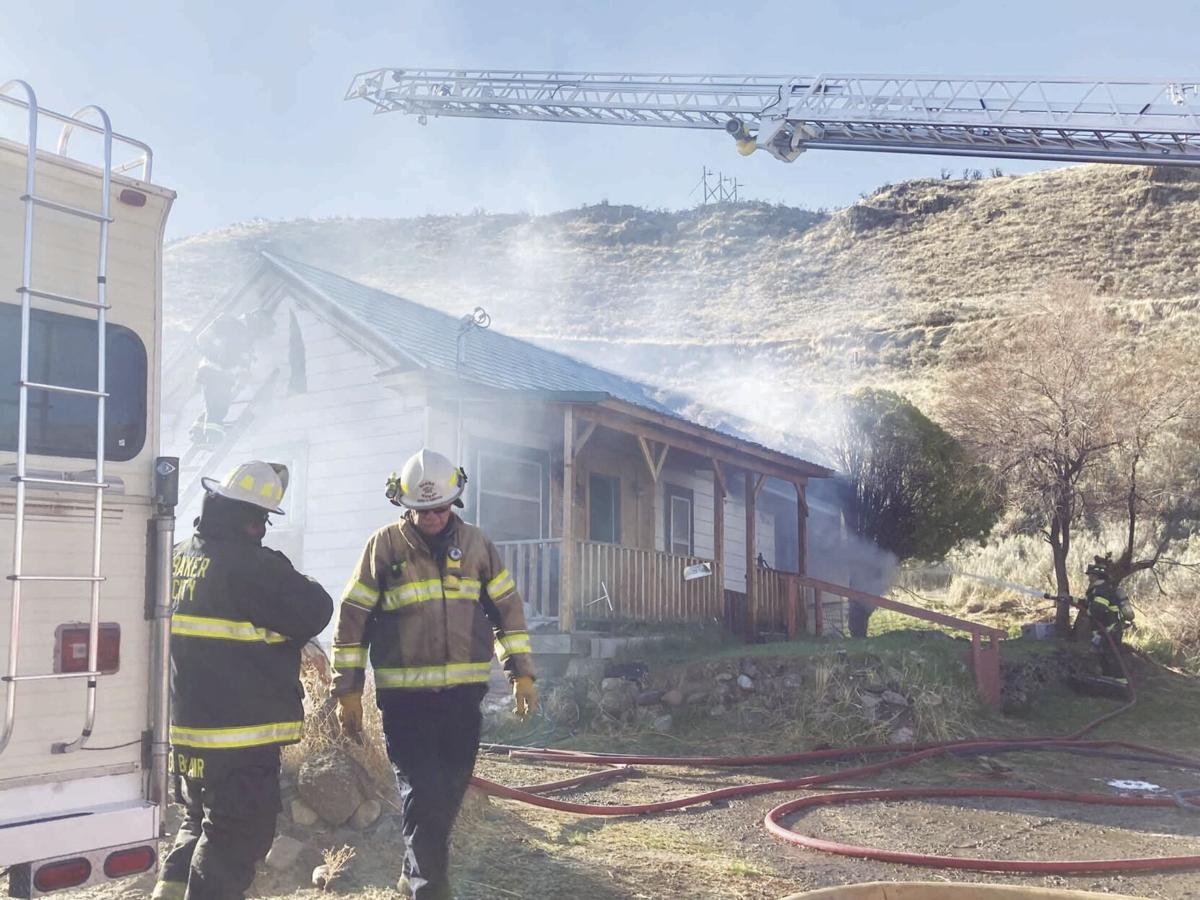 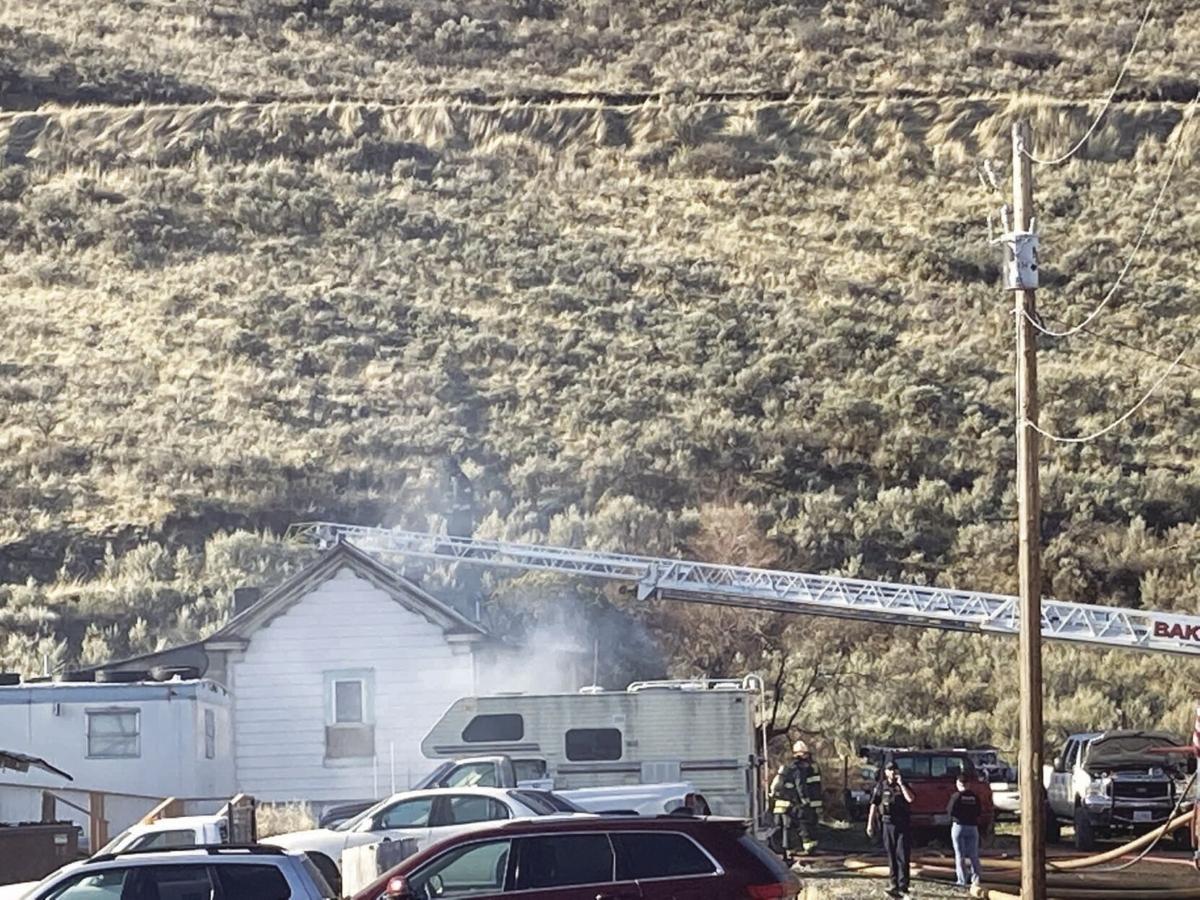 Investigators were focusing on the laundry room as the likely source of a fire that severely damaged a Baker City home Wednesday morning, April 21.

No one was hurt in the blaze that was reported around 7:30 a.m. at 1504 Chestnut St., Baker City Fire Chief Sean Lee said.

The single-story home, which is about 900 square feet and was built in 1900, according to Baker County Assessor’s Office records, was “fully involved” when the first group of firefighters arrived, Lee said.

The property is owned by Herb W. Kemry Jr., according to Assessor’s Office records. Lee said he believes Kemry was alone in the home when the fire started. Kemry was able to get out of the house safely with pets that included two dogs and a snake, Lee said.

Some firefighters went inside the home but they had to leave when the structure began to collapse, Lee said.

He said it might be possible to rebuild the main part of the house, which has multiple additions.

Lee said investigators for the Baker City Fire Department and the Oregon State Fire Marshal’s Office were looking for the cause of the fire in the laundry room, which contained a washer and dryer, water heater and heater. The home had a natural gas line as well as electricity. Lee said late Wednesday afternoon that the cause was "electrical."

Lee said the American Red Cross was helping the family with housing and other immediate needs.

Both paid and volunteer firefighters from the Baker City Fire Department responded to the fire, for which there were two general alarms. The Baker Rural and Greater Bowen Valley volunteer districts each sent a truck, Lee said.

The house sits near the base of Spring Garden Hill, and Lee said that had the fire happened later in the year, when the sagebrush and grass on that steep hill is drier, or on a windier day, the fire “would have gone up that hill in a heartbeat.”

April Kemry, who is married to Herb Kemry Jr., said the fire "destroyed mostly everything."

"Luckily we had insurance and they set us up in a hotel at super 8 until may 16th. Red Cross gave us blankets and everyone has been so fast acting and very caring. I'm just glad nobody got hurt and our animals are safe. But nothing we can do more but to move forward a day at a time and be happy we are all here. I want to thank all the firefighters and chief and Red Cross and Nick Conklin at state farm and everyone for everything they did and everyone that has been so supportive."