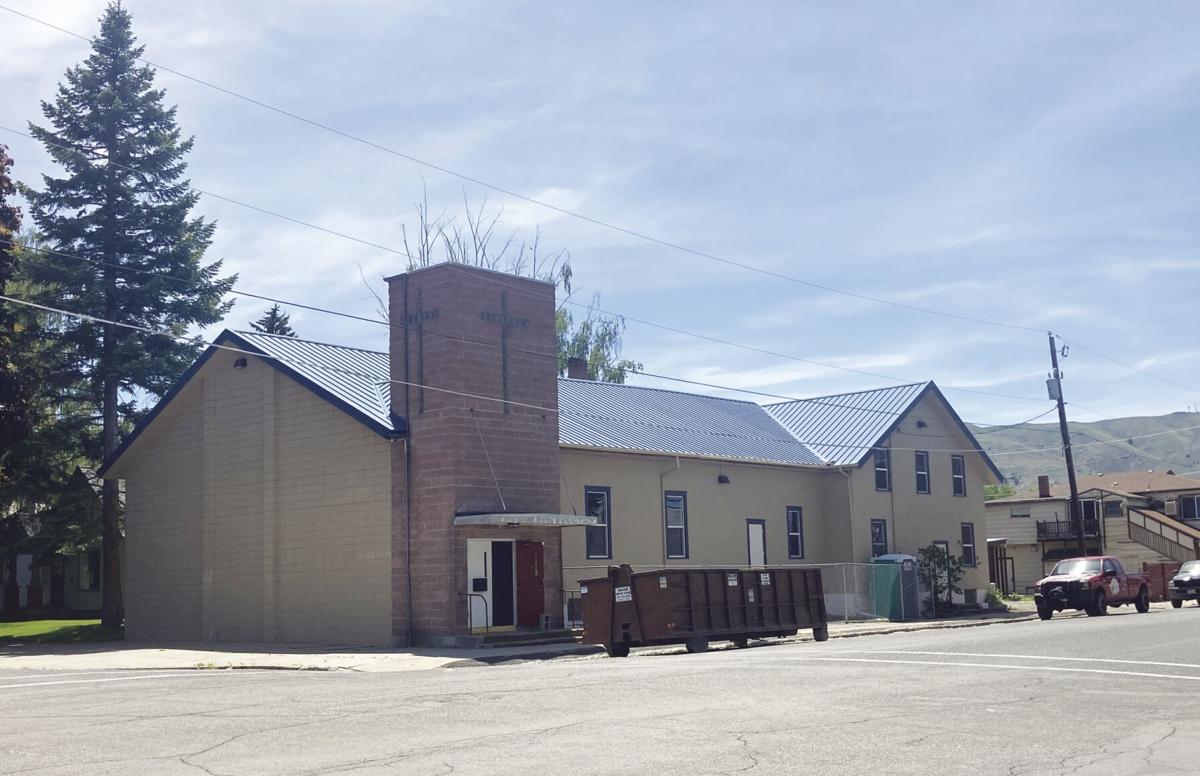 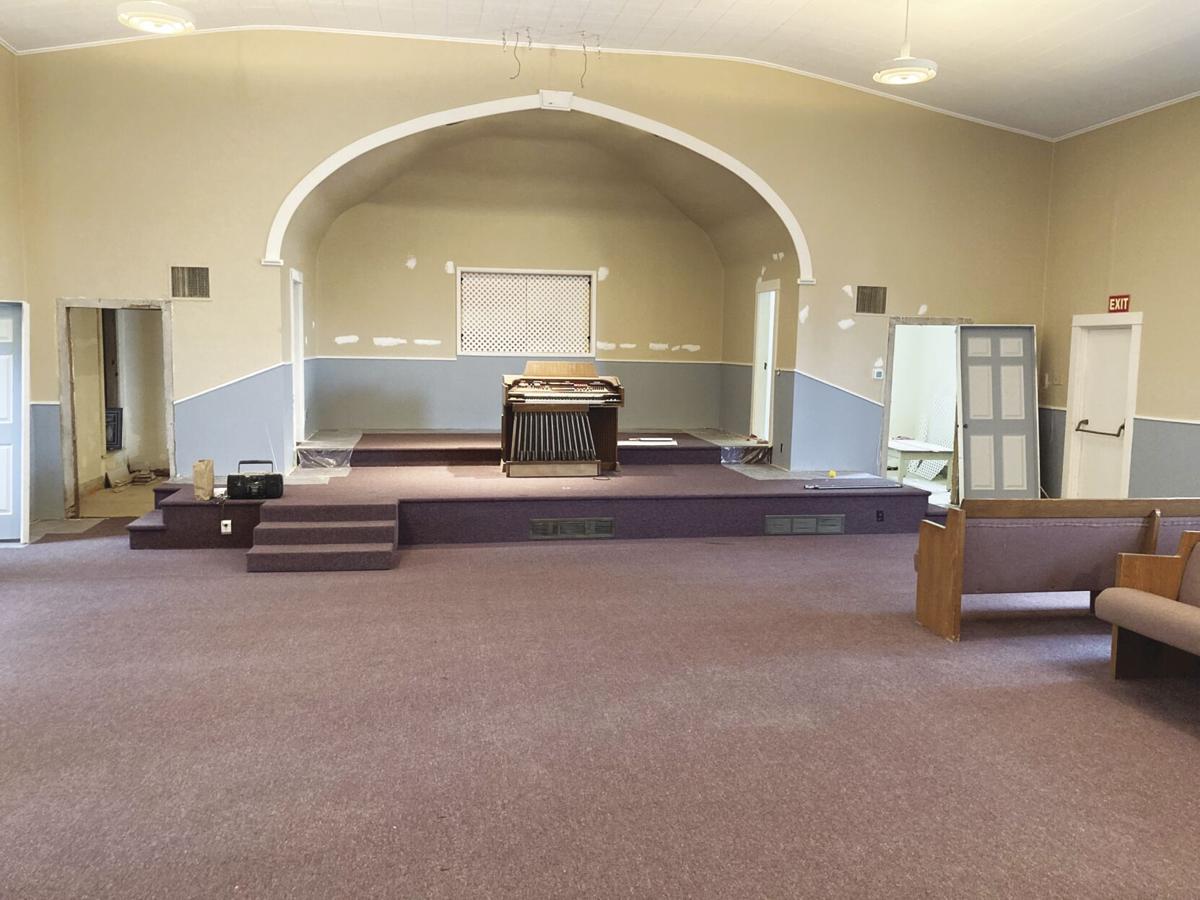 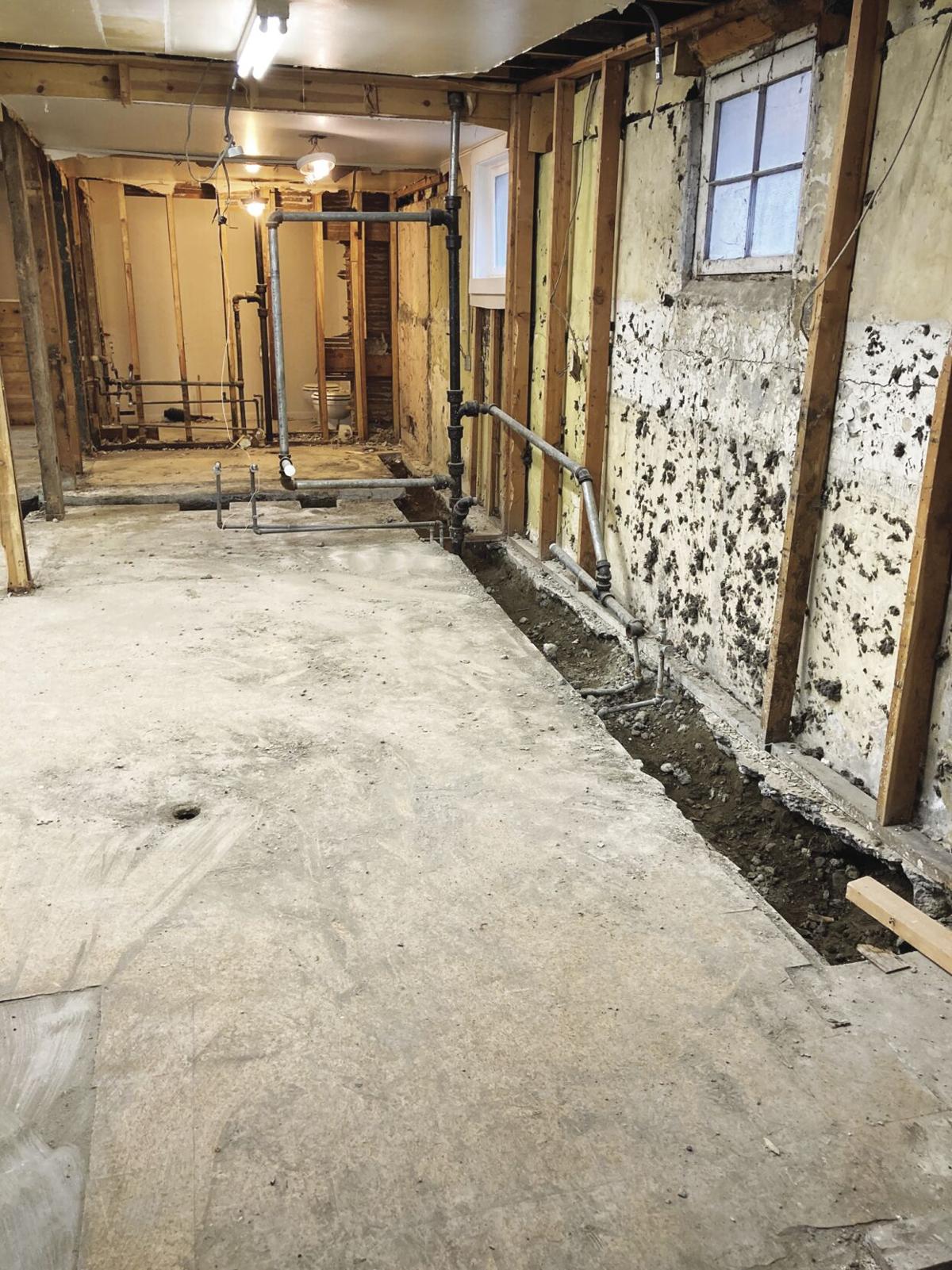 Gordon Holman, who is renovating the former Foursquare Church, plans to install ADA-compliant ramps to make the basement accessible.

Gordon Holman, who is renovating the former Foursquare Church, plans to install ADA-compliant ramps to make the basement accessible.

Gordon Holman hopes his efforts to restore a longtime church in Baker City will result in a congregation once again gathering inside to worship.

Holman bought the former Foursquare Church, at the corner of Court and Third streets, near the Baker County Courthouse, in November 2020.

He said the building, constructed in 1929, had been vacant for about four years.

Holman said that after he bought the structure he hoped representatives from a local church might approach him and propose to lease the building.

“I thought there was likely going to be interest in approaching me and talking about them getting involved and possibly leasing it since it would be much more doable if they did not have to have the burden of maintenance of a property that size and age,” Holman said.

But when he didn’t receive any such overtures, Holman rolled up his sleeves and got started on the renovations himself.

If he doesn’t find a church interested in locating there, he plans to use the space for community activities and making it available for a variety of events.

Holman is working to build ADA-compliant ramps around the church, allowing handicapped individuals to get into the building as well as into the downstairs activities area.

“There needs to be an ADA-compliant ramp on the Third Street side and there needs to be the ramp that goes down to the foundation wall where I’m going to do a concrete cut where I will remove the concrete, insert a door, and then they will have access to any of the activities following the church services or if there was some other function,” Holman said.

He hopes to have the renovations complete by Sept. 1 of this year.

Holman said he hired Buddy Payne to help with the renovation.

The pair met initially when Payne responded to Holman’s post on Craigslist, expressing interest in some wood Holman had removed from the building.

Payne then volunteered to help with renovations.

“Originally it was an Assembly of God created church in 1929,” Holman said.

Holman said the church had been under different ownership over the years, including a husband and wife who were going to turn it into a bed and breakfast.

“They were not going to change a lot in the property but they were going to use the upper portion, the newer portion of the church,” Holman said.

Holman said the property actually comprises two different buildings — the original structure built in 1929, and the second built in the 1950s to around 1960.

The second building was primarily for classrooms and the second floor would be used as living quarters.

Holman has made several discoveries in the church, including burnt wood from a fire that may have happened in the 1930s. He found newspapers, dated June 19, 1936, within a concrete wall built to support the chapel area.

He plans to use everything that was originally within the church with the exception of doors and windows that need to be replaced. He has 57 new lighting fixtures that will be installed after painting.

Holman said he will be working with a family member in engineering in Seattle to get direction.

“We’re going to do it right and it’s going to be much better than it has been for 92 years,” Holman said.

The renovations will include pouring a new foundation to support the building.

Among the changes and additions he’s planning for the basement are adding three restrooms for men and three for women, all ADA-compliant, and increasing the space for planning events such as weddings.

The kitchen area will be updated with new appliances, stainless steel racks, and a preparation area that had once been a classroom.

“We’re going through the entire church. Everything is being renewed,” Holman said.

So far, he has removed three furnaces, three water heaters, and a wood-burning furnace from 1929 out of the basement.