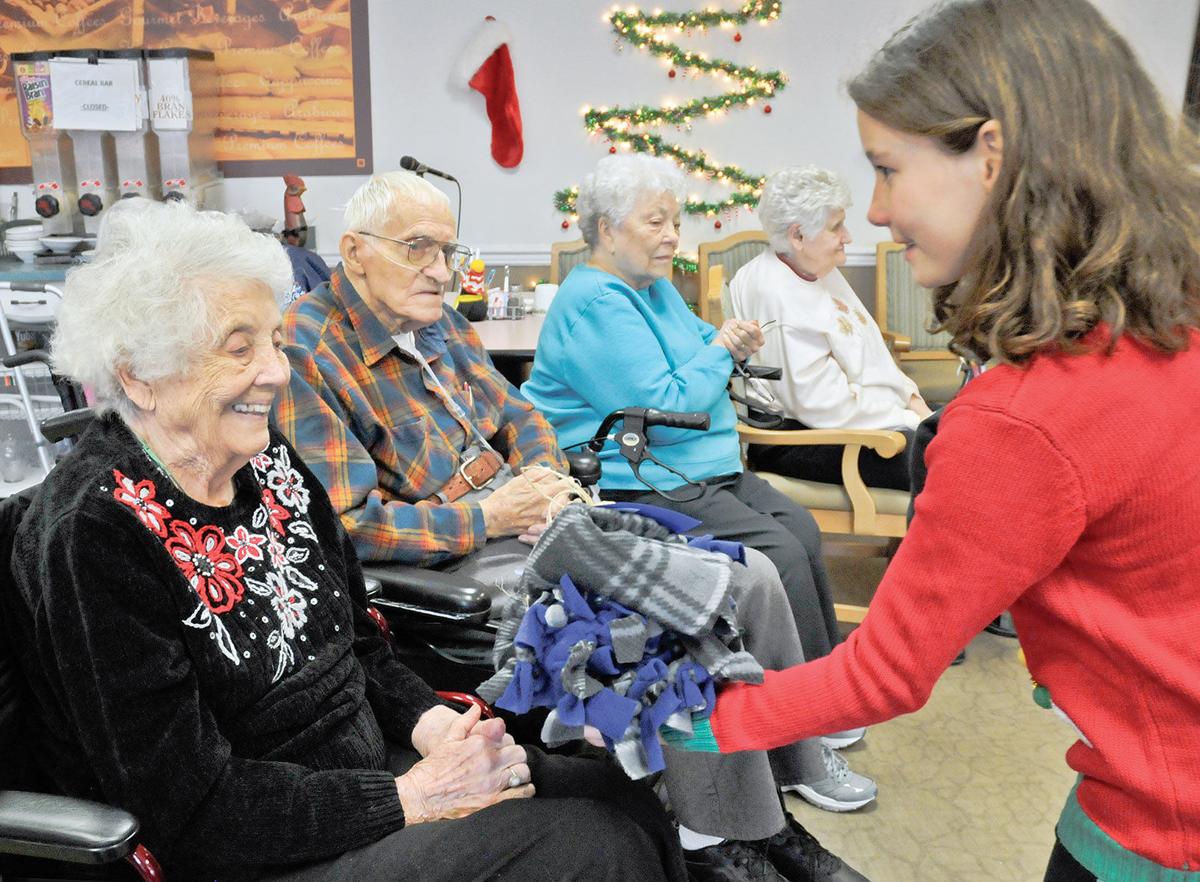 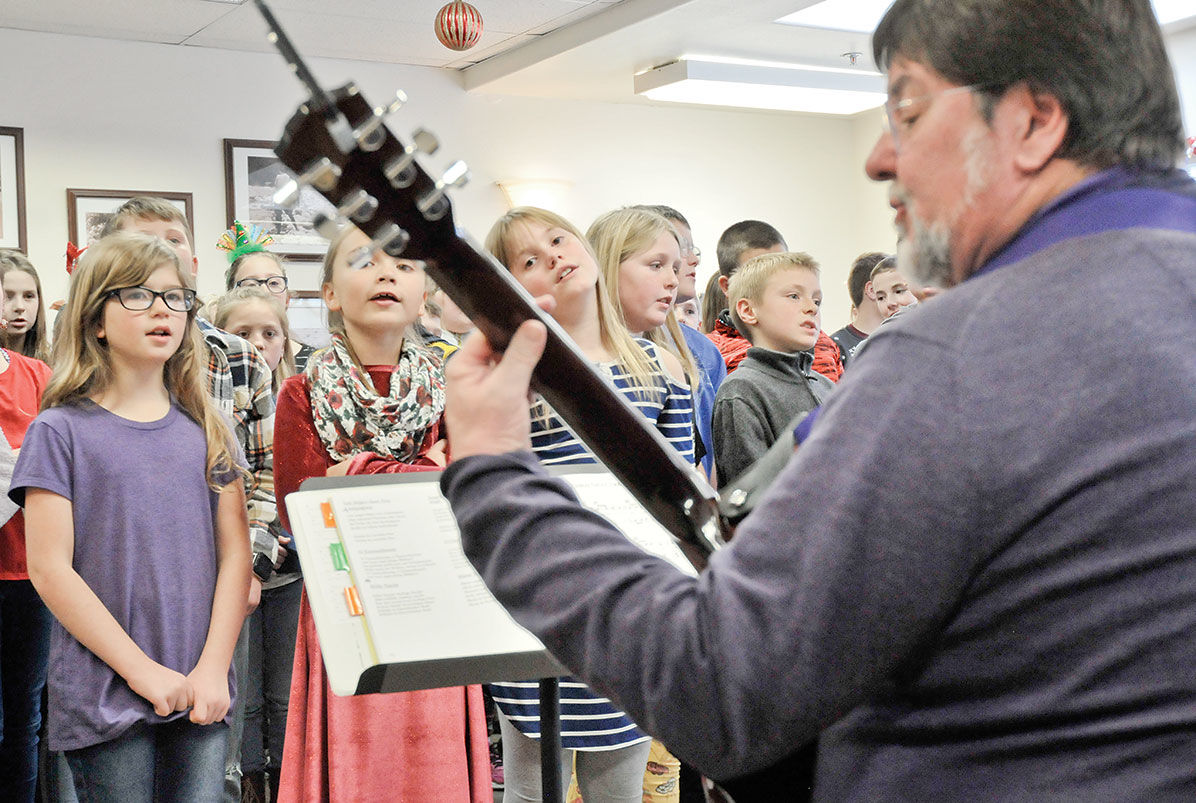 Haines music teacher Russ Carpenter plays and directs his young students through the Christmas songs they prepared for the event at Meadowbrook Thursday.

Haines music teacher Russ Carpenter plays and directs his young students through the Christmas songs they prepared for the event at Meadowbrook Thursday.

Students stream through the door of Settlers Park until all 140 youngsters are lined up — somewhat straight — in the dining room.

With a strum of his guitar, music teacher Russell Carpenter leads the students in Christmas carols — kindergarten performing one with sign language and older students singing songs in French, German, and Spanish.

Songs weren’t their only treat.

This year the students decided to forgo their annual Christmas party and instead make scarves and blankets for residents of Settlers Park and Meadowbrook Place.

The idea stemmed from the school’s current character trait: selflessness.

“This was our service project,” Katy Collier, Haines principal, said.

The student council — called FLY for Fostering Leadership in our Youth —led the project and handed out the blankets and scarves at the end of caroling.

The Haines Parent-Teacher-Community Organization (PTCO) purchased fleece with the money put aside for the Christmas party. Parents helped during an intense day and a half as the students created more than 100 gifts.

Preschool students drew cards for each blanket or scarf. Grades kindergarten and first cut the fringe that the older students (grades 2 through 6) tied to complete each item.

They delivered 59 to Settlers Park, and 54 to Meadowbrook. Residents who attended the mini concert received theirs from student council members. The remaining blankets and scarves were delivered by each facility’s staff.

“They loved doing the project,” Collier said of the students.

She said Haines focuses on six different character traits during the school year.

“I’m having them come up with a project for every trait,” she said.

After their cheerful rounds in Baker City, the students returned to school for hot cocoa and cookies before Christmas break officially started.