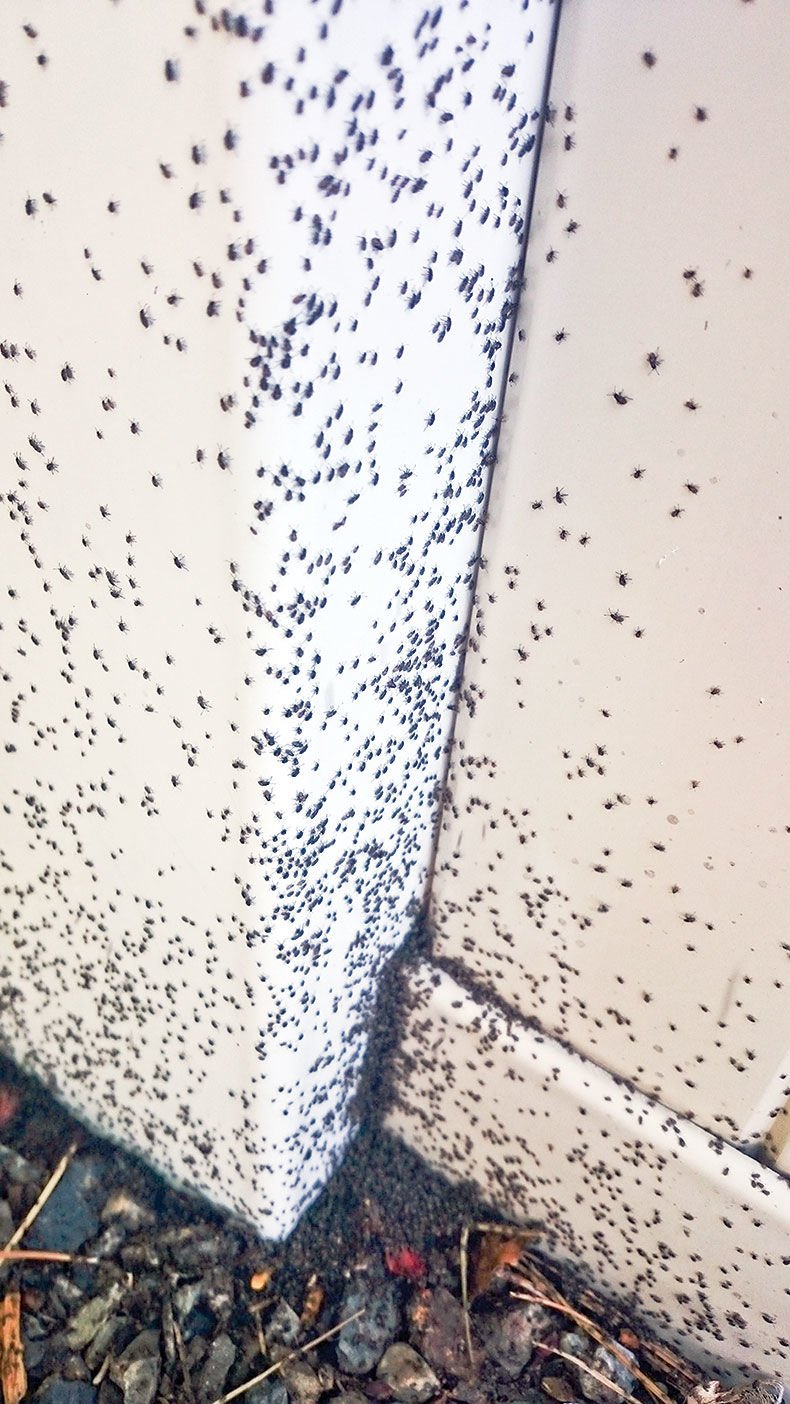 Bugs crawl around the wood frame of a hot tub at Bryan and Stephanie Tweit’s home on Cedar Street in north Baker City. 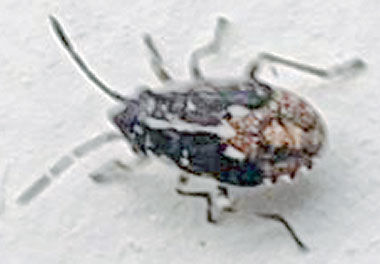 A closeup of one of the bugs at Bryan and Stephanie Tweit’s home.

Bugs crawl around the wood frame of a hot tub at Bryan and Stephanie Tweit’s home on Cedar Street in north Baker City.

A closeup of one of the bugs at Bryan and Stephanie Tweit’s home.

It was around the time the 11th can of Raid went dry that Stephanie Tweit began to be seriously perturbed.

Although it might have been the ninth can of bug killer, or the sixth.

There was a lot of bugs, and cans.

“It’s the weirdest thing,” said Tweit, one of several residents in a north Baker City neighborhood who have been dealing with an infestation of what seem to be either chinch bugs or seed bugs.

Whatever an entomologist might call them, Tweit’s assessment is succinct.

Tweit, who has lived on the west side of Cedar near Hughes Lane since 2003, said this is the first such insectile invasion she’s seen there.

“This is a new thing,” she said Monday afternoon.

On Tuesday morning her husband, Bryan, stood beside the couple’s hot tub, watching dozens of the black bugs, each about the size of a poppy seed, scurrying across the wood frame and the brown nylon tub cover.

“This is almost livable compared to what it was,” Tweit said.

After the bugs showed up on Friday — there were none on Thursday, both Tweits said — they swarmed over the couple’s patio and fence, as well as the south walls of their home.

“Edge to edge,” Bryan Tweit said. “There was one every quarter inch.”

He compared a close up photo of a bug with images online, and it seemed to match with the chinch bug, of which there are several varieties.

Jeffries visited the Tweits’ home Tuesday morning to devise a spraying strategy with a pesticide that, unlike Raid and similar products, has a residual effect.

He’s been in the business here for about 20 years, but the situation on the Tweits’ property is unique in his experience.

“I’ve never seen anything like this with chinch bugs,” Jeffries said.

He said he’s seen the bugs cause patchy damage to lawns, but has never seen such a large area infested.

After examining the Tweits’ close up photo, Silvia Rondon, a professor and extension entomologist specialist for Oregon State University, said the specimen was an immature bug rather than the adult that experts prefer when making an identification.

But Rondon, who works at OSU’s agricultural research and extension center in Hermiston, said it’s likely the bugs are either chinch bugs or seed bugs, both of which are common and widespread.

Chinch bugs and seed bugs are both examples of “true bugs” — a term entomologists use to distinguish between bugs that have mouths designed for sucking that are different from other insects such as bees or butterflies. Another type of common true bug is the boxelder bug.

Jeffries said one possible sign of a chinch bug infestation — besides, of course, the bugs themselves — is a flock of birds congregating on a yard, gobbling the insects.

“But I don’t think there’s enough birds in Oregon to deal with this,” Jeffries said with a chuckle as he stood near the Tweits’ home.

Bryan Tweit said that once he was convinced the invaders were chinch bugs, which can kill lawns by sucking sap from grass crowns and stems, he applied a granular pesticide to his yard, which covers about half an acre.

He hasn’t seen any damage to his grass.

Tweit said he and his wife went through the half case of Raid spraying their fence, house and patio, among other places.

Bryan Tweit said he also washed off the area with water multiple times.

A section of the vinyl fence at the south end of the couple’s property was strewn with minuscule black carcasses on Tuesday morning.

Tweit said that during the weekend the bugs came out as soon as the sun began to warm the ground and their house.

The couple managed to keep the bugs out of their home by keeping doors closed and spraying Raid near entrances.

One of their neighbors, who asked not to be identified, used an indoor bug “bomb” after a large number of the insects entered.

The bugs also showed up there on Friday, the resident said.

Although it’s not clear where the bugs originated, the Tweits suspect a crop field on the west of Cedar Street just north of H Street.

They said the bugs showed up after the field was harvested and replanted.

Bryan Tweit said he’ll be pleased when cold weather ends the bugs’ reign — although he concedes they could return in the spring.

“It’s been fairly interesting to say the least,” he said.

“At least they don’t bite,” Jeffries chimed in with a rueful smile.