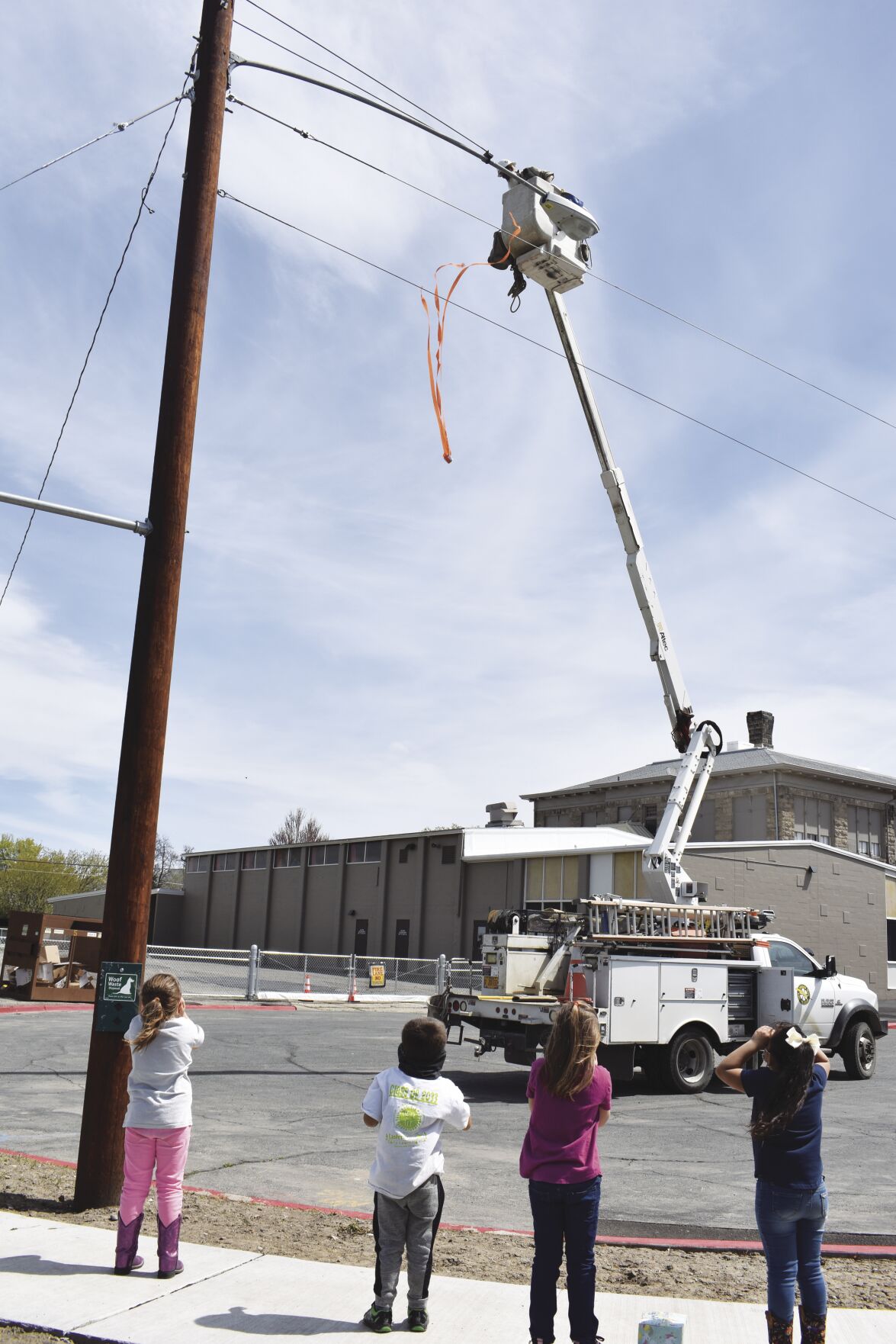 Tim Banister of Oregon Trail Electric Cooperative drops a package containing a raw egg from his bucket truck on Thursday, April 29. Each year, Baker kindergartners use bubble wrap and other materials to keep their egg intact after a fall. 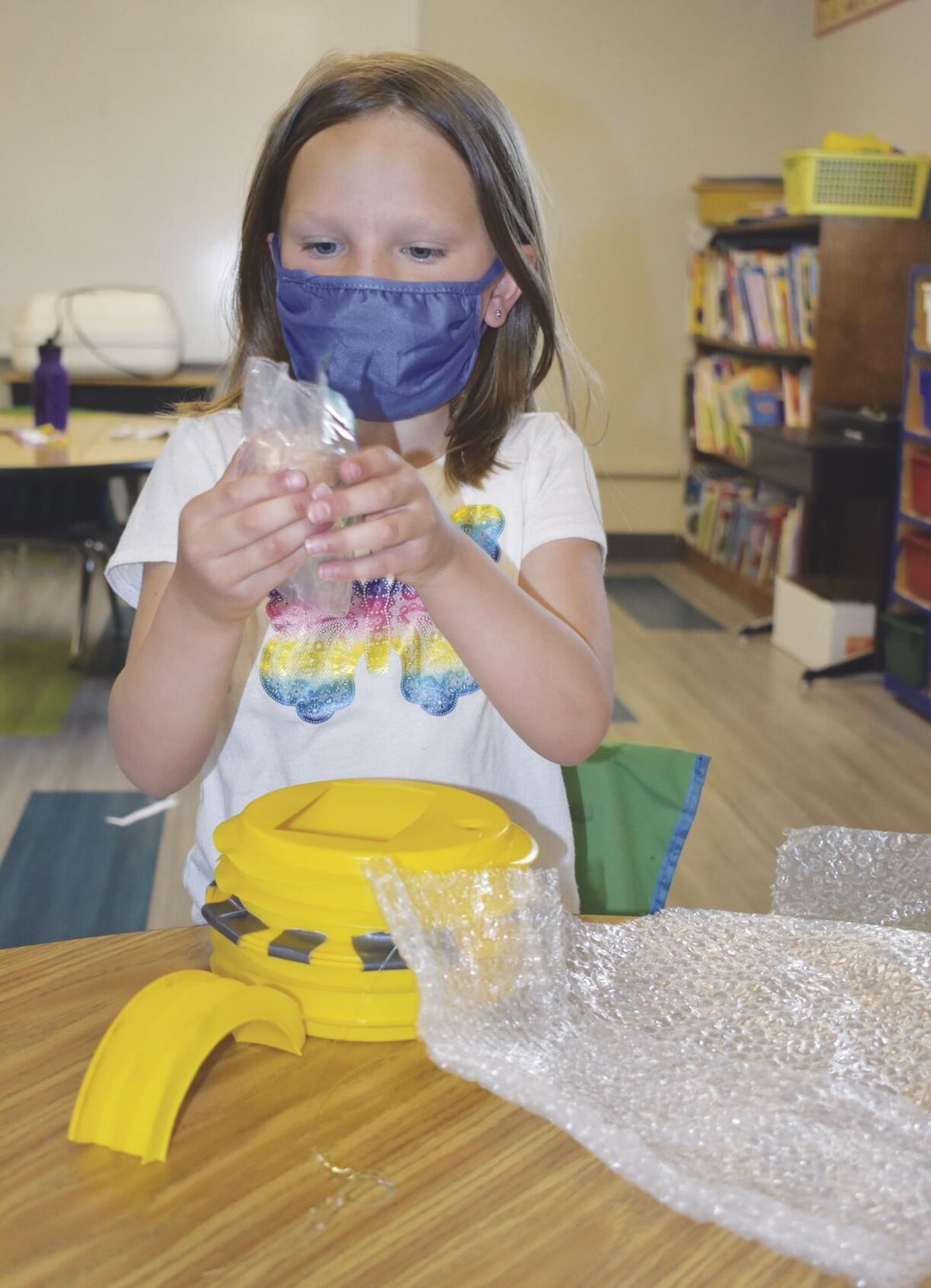 Paizley Coley discovered that her egg survived the drop from a bucket truck on Thursday, April 29.

Tim Banister of Oregon Trail Electric Cooperative drops a package containing a raw egg from his bucket truck on Thursday, April 29. Each year, Baker kindergartners use bubble wrap and other materials to keep their egg intact after a fall.

Paizley Coley discovered that her egg survived the drop from a bucket truck on Thursday, April 29.

Landon Hull shaded his eyes to see the man, high in the sky, who was raising a package above his head.

With a quick countdown, Tim Banister tossed the box out of his Oregon Trail Electric Cooperative bucket truck.

It landed with a thud on the blacktop outside the Baker Early Learning Center.

Hull wasn’t sure if his raw egg survived the drop or not.

But he knew he did his best to cushion the fragile cargo.

Hull and his fellow kindergartners participated in the annual kindergarten egg drop on Thursday, April 29.

This traditional family project challenges the students to build something that will protect an egg from a high drop.

There were a few rules.

The egg had to be raw, and the package could be no larger than seven inches square.

Each of the three kindergarten classes took a turn outside to watch the egg toss.

Quite a few eggs were secured inside boxes. Several were outfitted with parachutes, and one had orange streamers.

Once a package came to rest, the owner darted out to grab it. After everyone’s egg had a turn, the class went inside to see the results.

Kassandra Groves enlisted help to unwrap her box from layer upon layer of clear packaging tape.

She had her doubts about the entire endeavor.

“I sure hope there’s something in here,” she muttered as she unwound more tape.

Inside that box was another box stuffed with bubble wrap.

And inside the bubble wrap was a pristine egg.

“It survived!” she said, drawing a crowd of kindergartners to her table.

Once all the eggs were unwrapped — and laid to rest in the trash can ­— kindergarten teacher Melissa Garner took a tally of eggs.

Of the 12 tested, five survived.

“Did you have fun watching the drop?” she asked her class.

“Did you have fun packaging the egg?”

“What matters is you had some fun, right?” she said.

Again came the chorus of sweet voices with a “yes!”