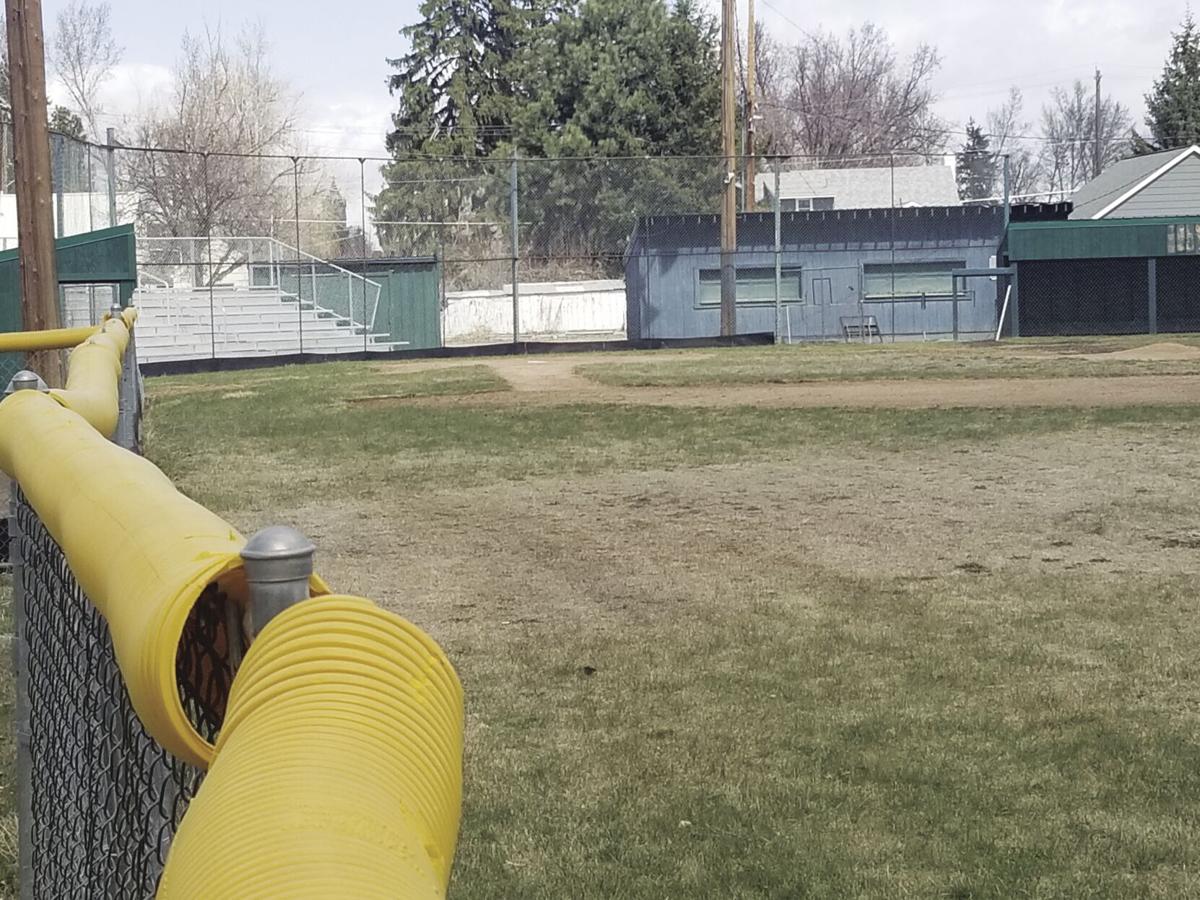 More than 100 volunteers gathered at Wade Williams Field on April 3 to prepare the park, owned by the Baker Elks Lodge, for the upcoming Baker Little League season. 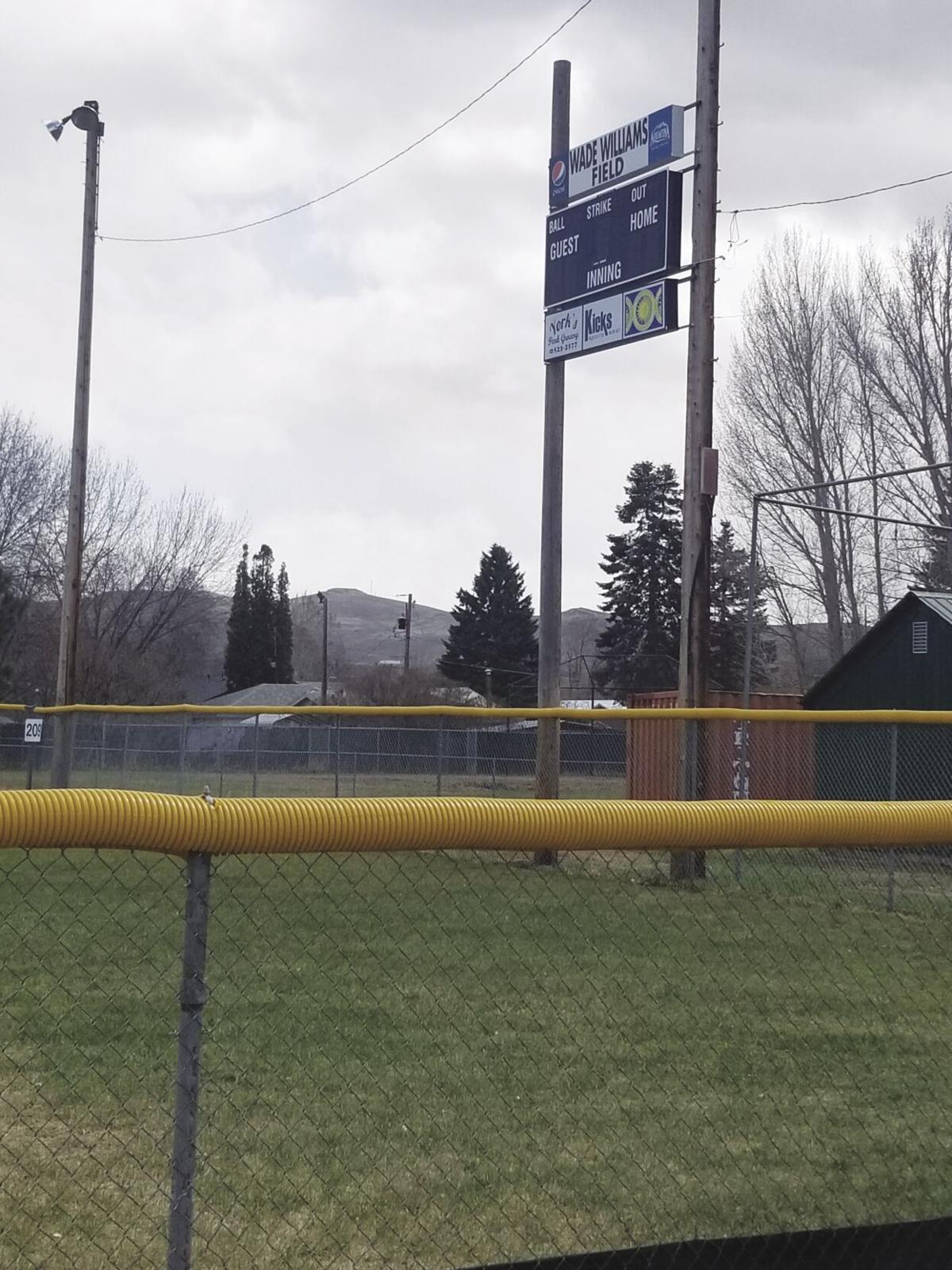 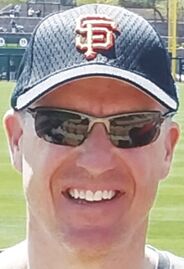 When the calendars flip from April to May, for the first time in two years Wade Williams Field and the softball complex on 17th Street will echo with the sounds of bats on balls and the sight of parents watching the games.

The Baker Little League, which canceled the 2020 season due to the COVID-19 pandemic, is set to return May 1.

Jason McClaughry, Baker Little League president, said preparation for the 2021 season started not long after the difficult decision to cancel the 2020 schedule.

“The first thing we do every year is to work on getting new board members or filling the board to help run league operations for the next year,” McClaughry said.

One of the board’s bigger challenges, not surprisingly, was working closely with the Oregon Health Authority and the Baker County Health Department to ensure this long-awaited season can be played safely.

“Putting a procedure and protocol together for how we are going to get kids back on the field, and doing it safely with all the expectations that we have these days,” McClaughry said.

McClaughry recognizes that this offseason was not going to be like previous ones.

“Before, we would be looking at putting teams together, registering players, looking at equipment purchases, and uniforms; we’ve been having to look at other things under the current COVID-19 pandemic restrictions and guidelines on how we would operate a season,” he said.

The biggest adjustment involves player and fan safety. Physical distancing will be encouraged, and players will be asked to wear masks when they are in the dugout. Players will answer questions about any potential symptoms they might have, and those who aren’t feeling well will be asked to miss practices and games until they’re better.

Given that baseball and softball are relatively physically distant sports, McClaughry is confident that the protocols will be effective.

“(In) sports there is always an opportunity for contact or close contact. This year is going to be educating volunteers, coaches, board members and players on how we are going to play, teach and coach within the physical distancing of the three to six feet we have all grown accustomed to,” McClaughry said.

“We are all washing our hands more, using hand sanitizer, cleaning and disinfecting equipment, so we’ve got procedures for how we’re going to do that to make sure everything is clean as possible,” McClaughry said.

Perhaps not surprisingly, given the 2020 cancellation, interest in youth baseball and softball is high this spring.

McClaughry said the 10-year average ranges between 280 and 350 participants.

McClaughry is also pleased with progress on scheduling games against other leagues in the area.

“We do have a few games scheduled against John Day, and La Grande, for our kids that are 12 years and younger,” McClaughry said. “Currently on the schedule now we have some games for our 13-year-old boys to go over to Hermiston to play over there.”

With opening day approaching, McClaughry expressed gratitude for the selfless work of members of the board and the core group of volunteers who have made the 2021 season possible, including vice president Kenny Keister.

On Saturday, April 3, that relationship continued when Keister organized a large group of volunteers gathered at Wade Williams, in south Baker City near the Powder River, to clean up the facility in preparation for the season.

“They had over 100 people over there helping, we haven’t seen that type of activity in a long time,” McClaughry said.

That’s just one example of the ways people have helped Baker Little League grow, he said.

“A lot of people coming forward with ideas about fundraising and making Wade Williams better, and a lot of improvements we can do over there, it’s been one of the fantastic bright things that have come out,” McClaughry said.

A similar sense of excitement pervades the upcoming softball season, and improvements have been made at the 17th Street fields through the efforts of Tyler Culley, former vice president of softball, and current vice president Krisi Wilde.

“A lot of community involvement and a lot of people running the equipment, moving dirt, pulling weeds out of things,” McClaughry said. “Those are really encouraging things for the future of community support of wanting to make better facilities for the kids.”

After hearing from many parents and kids, McClaughry knows that the excitement is palpable for the return of play.

“If you think about it, the last time most of them played baseball or softball was two calendar years ago, that would have been June of 2019 and now we are coming up on mid-April of 2021,” McClaughry said. “I’ve heard that a lot of people are very excited, they’ve been really thankful for all the work that the board is doing to put this together to make it a success and to make it go. They’re eager to get back on the field and play ball.”

Though it’s been a long time since the last pitch was thrown, McClaughry said Baker Little League’s expectations remain the same.

“Kids having fun and learning how to play baseball and softball, those are the two big ones we stress all the time,” McClaughry said. “They are also learning how to be good teammates and good citizens so our expectations aren’t any different, we expect kids to come out there and have a blast.”

Practices are set to begin April 15, with opening day Saturday, May 1, and a season that will last until mid-June. For more information, go to the Baker Little League’s Facebook page.

“I’ve heard that a lot of people are very excited, they’ve been really thankful for all the work that the board is doing to put this together to make it a success and to make it go. They’re eager to get back on the field and play ball.”