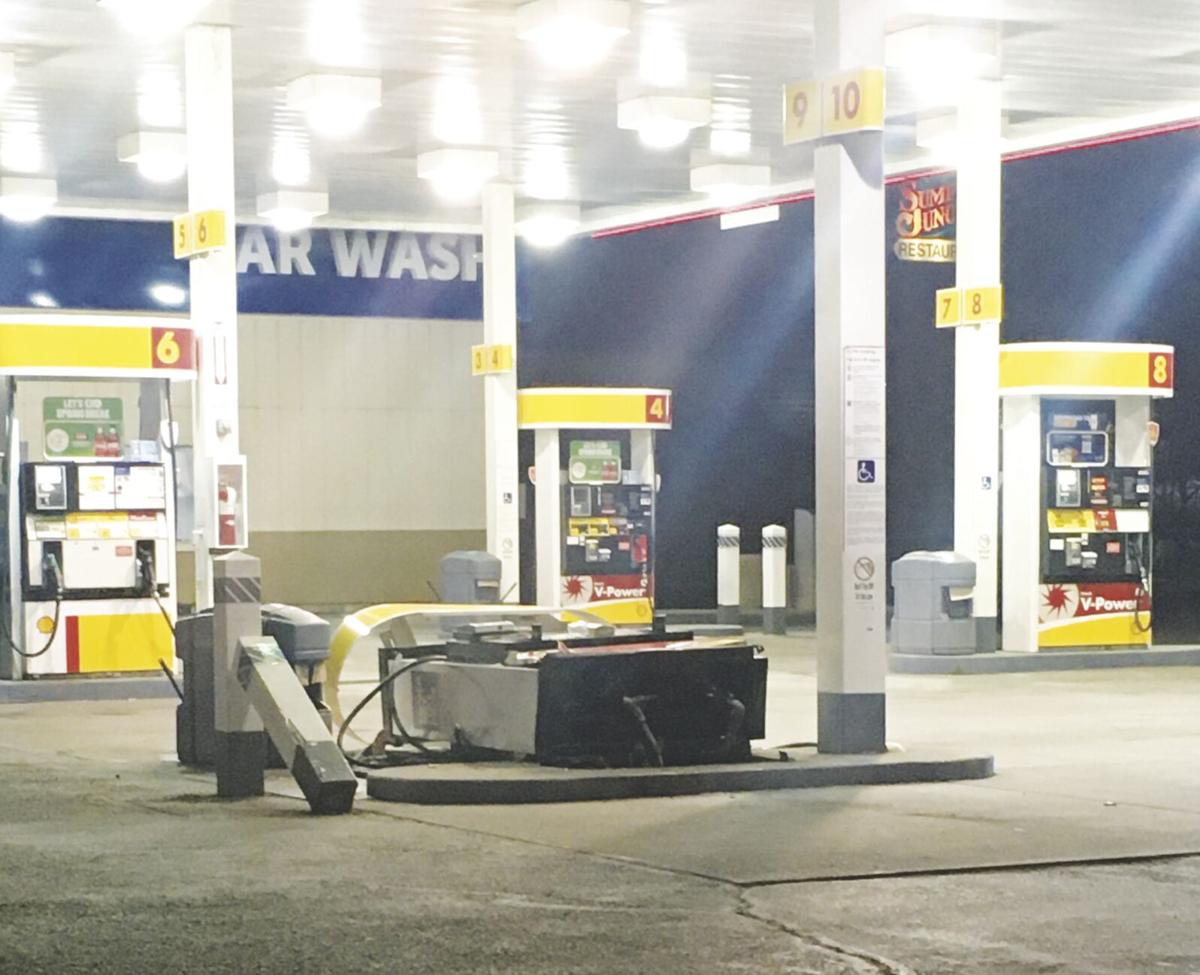 A gas pump at the Jackson's Food Mart, 500 Campbell St. in Baker City, was knocked over by a vehicle early Tuesday, April 6. 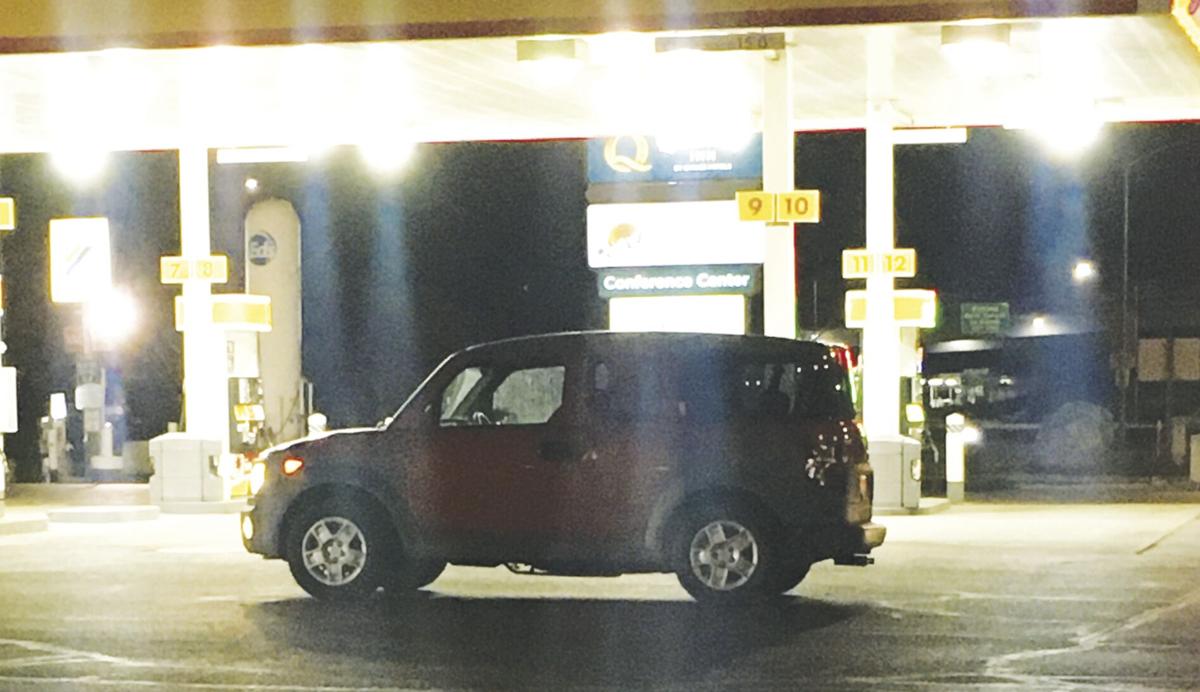 A gas pump at the Jackson's Food Mart, 500 Campbell St. in Baker City, was knocked over by a vehicle early Tuesday, April 6.

A Boise man is in the Baker County Jail on multiple charges, including assaulting a peace officer, after he twice punched a Baker City Police officer in the face while resisting arrest early Tuesday, April 6 at Saint Alphonsus Medical Center-Baker City.

Peterman, who was released from an Idaho prison last week after serving a sentence for aggravated assault, was arraigned Tuesday afternoon in Baker County Circuit Court, participating in the proceeding by phone from the jail.

Peterman is accused of hitting both Officer Mark Powell and Dalton Baker, a security guard at the hospital, according to a report written by Baker City Police Sgt. Wayne Chastain.

Both Powell and Baker were evaluated at the hospital and released Tuesday morning, Chastain said.

Chastain, who has worked for the Baker City Police for 20 years, said it’s quite rare for a local officer to be assaulted by a suspect.

“We really don’t see this a lot,” Chastain said on Tuesday. “It’s an anomaly. The community overall respects what we’re trying to do here.”

The incident started about 12:18 a.m. Tuesday when police received a call about a vehicle backing into a gas pump at the Jackson’s Food Mart, 500 Campbell St.

Peterman, the suspected driver of the 2005 Honda Element that struck the gas pump, initially agreed to undergo field sobriety tests, as Powell suspected that Peterman might be intoxicated, Chastain said.

But before Powell could administer the tests, Peterman said he wanted to be taken to the hospital.

A Baker City ambulance took Peterman to Saint Alphonsus, where he was evaluated and released, Chastain said.

But Peterman refused to leave the hospital after multiple requests, and in the ensuing altercation he punched Baker twice, once on the upper lip and once on the side of the head, according to Chastain’s report.

Peterman also hit Powell twice in the face, causing a laceration near his left eye and a bloody nose, according to Chastain’s report.

Powell used his Taser to try to subdue Peterman, who continued to fight, according to Chastain’s report.

Powell and other officers then arrested Peterman.

Peterman, per police department policy when a person is hit by a Taser, was evaluated again at the hospital before being taken to the jail, Chastain said.

The situation was particularly challenging for Powell because it happened in the hospital, with doctors, nurses and other civilians present, Chastain said.

“That increases the risk of the situation for sure,” Chastain said.

Chastain said he didn’t have any information about the extent of the damage to the gas pump. He said the Fire Department wasn’t called to the scene.

Photos from the scene don’t show any liquid on the ground. Chastain said gas pumps are equipped with automatic shutoff valves.

An employee at Jackson’s referred questions to the company’s corporate office in Idaho, which hadn’t responded to an email from the Herald by press time on Wednesday.

According to Idaho court records, Peterman pleaded guilty on Nov. 13, 2019, to aggravated assault and use of a deadly weapon in commission of a felony. He was sentenced to prison in January 2020, and released from prison, on probation, less than a week ago, on April 1, 2021.

According to an online story from KTVB, a Boise TV station, Peterman, then 33, was arrested in September 2018 after police responded to reports of shots fired in a Boise neighborhood. No one was hurt in the incident.