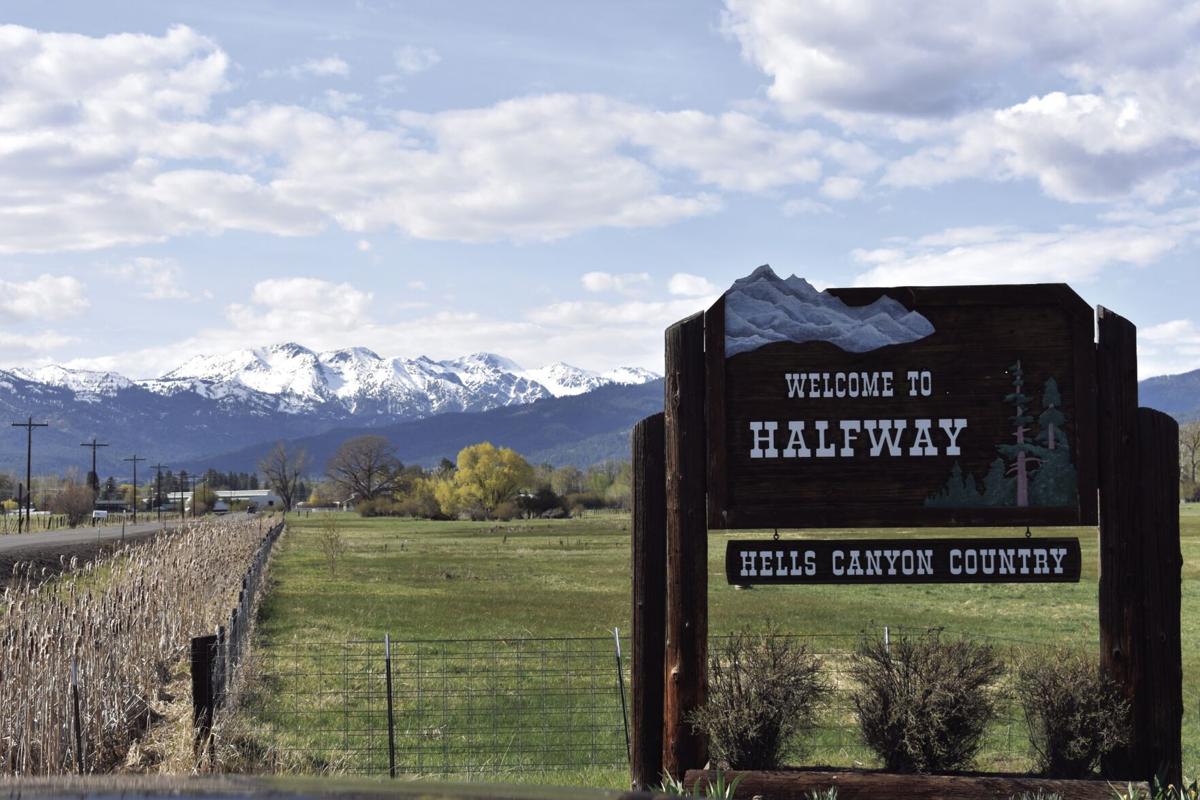 Halfway is in the scenic Pine Valley, with the Wallowa Mountains rising to the north. Halfway voters will decide in May whether to approve the opening of marijuana-related businesses in the town of about 300. 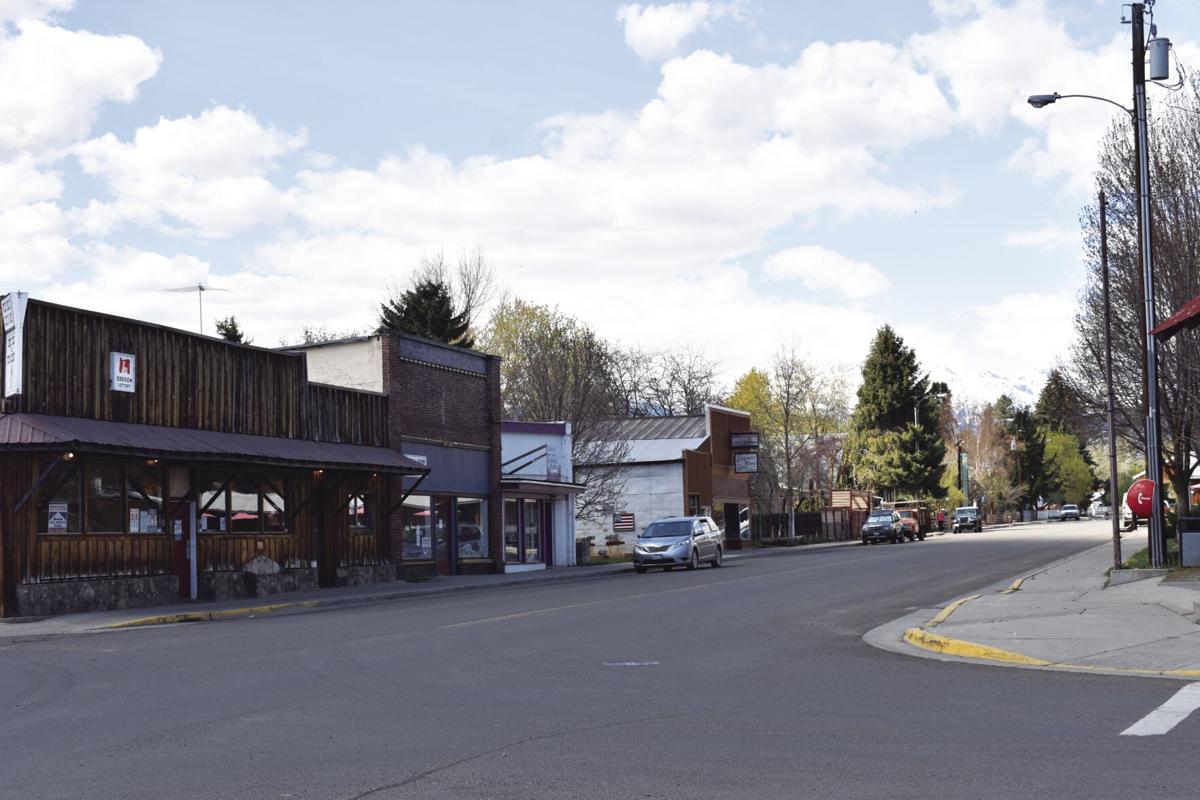 Downtown Halfway. The town in eastern Baker County has a population of 300.

Halfway is in the scenic Pine Valley, with the Wallowa Mountains rising to the north. Halfway voters will decide in May whether to approve the opening of marijuana-related businesses in the town of about 300.

Downtown Halfway. The town in eastern Baker County has a population of 300.

More than four years after voters in Halfway decided by a narrow margin that they don’t want a marijuana dispensary in their town in eastern Baker County, the topic has returned to their ballots.

The 257 registered voters in Halfway will decide in the May 18 election whether to allow not only dispensaries but other marijuana-related businesses, including growers, producers and processors.

In November 2016, Halfway voters, by a margin of about 10 votes, approved a measure that banned marijuana dispensaries.

The measure on the ballot this May, by contrast, would allow such businesses.

Amy Olley of Halfway is one of the chief petitioners for Measure 1-107, along with Dianna and Josh Welch.

Olley said she and her husband, Derek, would like to open a marijuana dispensary in Halfway, which is about 55 miles east of Baker City.

The couple initially proposed to open a dispensary in Halfway in 2016, prior to voters passing the measure that banned such businesses.

Amy Olley, 40, said that after voters approved the measure in 2016, she waited to pursue the matter until her three children were school age.

“I’m a mom, and family came first for me,” Olley said.

Olley, who moved to Halfway about six years ago, said she and her husband became interested in cannabis after her husband, who played football at Boise State University from 1998 to 2001, had multiple surgeries for injuries he sustained while playing football.

He had a bad experience with prescription painkillers following one surgery, and Amy Olley said the couple became convinced of marijuana’s therapeutic benefits.

She said they moved to Oregon in part because marijuana is legal for personal use in the state, while it remains illegal in Idaho.

“I think it’s a fair option for people to have,” she said. “It’s about helping people have a better quality of life without relying on chemicals. It’s a medicine, not a drug.”

Olley said that in addition to making marijuana more readily available to local residents — the nearest dispensaries are in Huntington and Sumpter; marijuana businesses are banned in Baker City — she wants to create jobs and benefit the local economy as well as enrich the Halfway city coffers.

Olley pointed out that in 2016, Halfway voters approved a 3-percent city tax on marijuana sales. However, because voters also decided to ban marijuana businesses, the tax was a moot point, and Halfway City Recorder/Manager Salli Hysell said she’s checking with the Secretary of State’s office to find out whether, should a marijuana dispensary open in the city, the 3-percent city tax could be collected, or whether voters would have to approve a new version of the tax.

Olley contends that Halfway is “missing out” on potential tax revenue by prohibiting dispensaries. She also believes that visitors would pay much of the taxes.

“We are a tourist town,” Olley said. “These are going to be the people that support the store.”

That potential for tourists to congregate in downtown Halfway is one of the reasons Denise Cairns, a former Halfway City Council member, opposes Measure 1-107.

Cairns is a director with the political action committee Committee Against Measure 1-107 ALL Marijuana Businesses in Halfway City Limits, which was formed on April 2, according to the Oregon Secretary of State’s Elections Division.

Cairns said the medical benefits of marijuana “is not an issue” in the opposition campaign to Measure 1-107.

Rather, Cairns said she is concerned about how marijuana businesses could affect Halfway and the Pine Valley.

She pointed out that the measure, if approved, would allow not only dispensaries, but all other types of marijuana businesses such as grow operations and processors, and with no limit on the number of businesses.

“That is a real major concern to us,” Cairns said. “We’re going to have traffic. This is a risk and we’re not willing to take that risk as to how it’s going to change our town.”

Cairns contends the Olleys’ proposed dispensary location in downtown Halfway is a bad one that would lead to traffic congestion.

On April 20 — 4/20, a date associated with the celebration of marijuana use — about 30 cars were parked along Main Street, each with a campaign sign in the window, to simulate “what it might be like if there was a dispensary,” Cairns said.

“It was an interesting simulation,” she said. “I think it got people thinking.”

Olley, though, disputes that what she called a “demonstration” was a legitimate depiction.

She said the duration of the event — Cairns confirmed that it was planned from 2 p.m. to 6 p.m. — is not realistic.

“No one shopping at a cannabis store would be there for four hours,” Olley said.

She said she would like to have a drive-thru option for a dispensary.

The April 20 parking demonstration isn’t the only part of the campaign against Measure 1-107.

The political action committee also mailed a flier to registered voters and has bought ads in the weekly Hells Canyon Journal newspaper.

Both include comments from Baker County Sheriff Travis Ash, who graduated from Pine Eagle High School in Halfway in 1993.

In the flier, Ash writes: “Speaking as the Sheriff of Baker County and a citizen who enjoys living in Baker County, I would not want a marijuana dispensary in my city or neighborhood.”

Olley said she’s bothered by what she considers “propaganda” from those opposed to Measure 1-107.

She contends that Ash’s comments — under the headline “The view from law enforcement in Baker County” on the flier — are intended to frighten people, with references to the sheriff investigating fatal car crashes involving “marijuana-impaired drivers” and “the mental health crisis that can be created by too much marijuana usage.”

Given the narrow margin of the 2016 measure, Olley is optimistic about the prospects of the measure in 2021.

“I feel like I’m very confident that it’s going to pass,” she said.