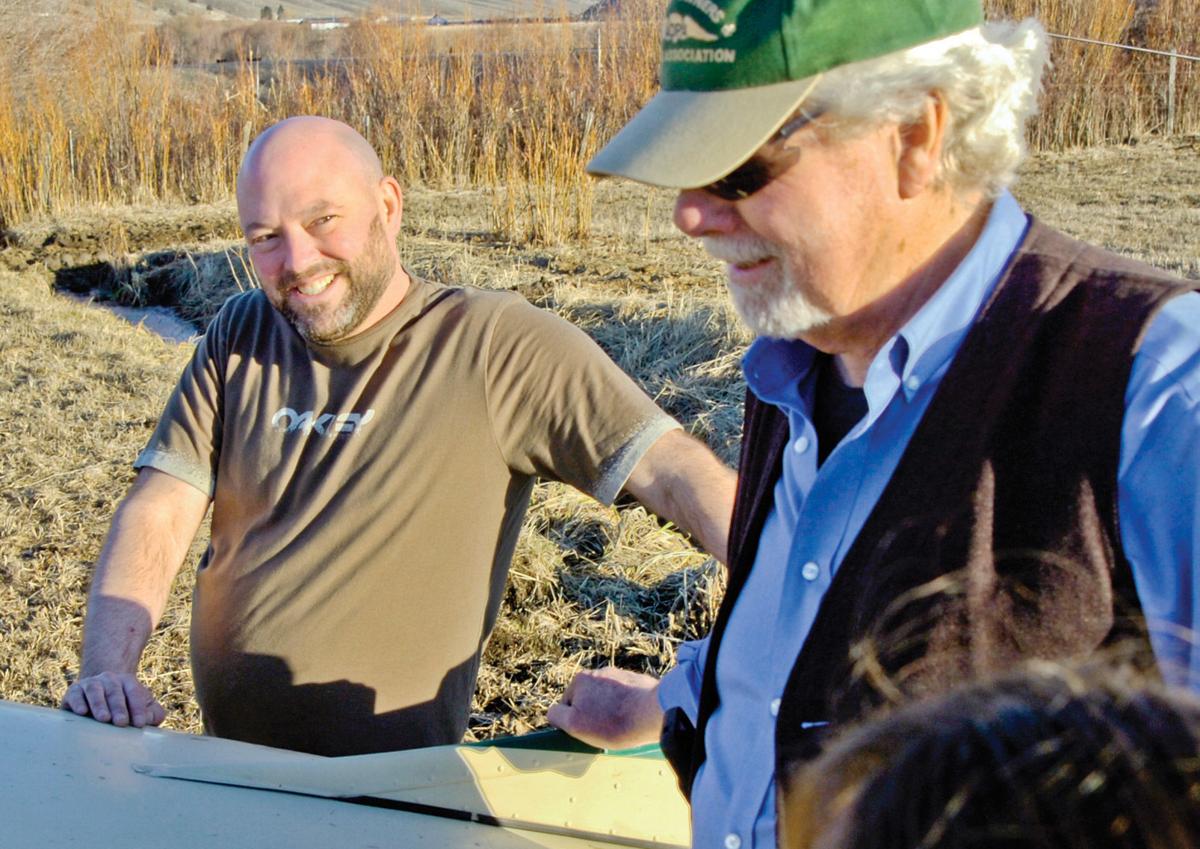 Tom Van Diepen and his passenger, Jason Dexter, took off from the Baker City Airport in Van Diepen’s Cessna 170 single-engine plane Thursday afternoon intending on a short flight, just to warm the engine’s oil prior to changing the fluid.

The friends’ leisurely jaunt on a sunny day turned bumpy toward the end.

As they flew over the hills west of Baker City, Van Diepen, 71, noticed that the Cessna’s engine was vibrating the entire aircraft.

Van Diepen, who has been a pilot since 1975, said his initial reaction was: “This is not a good sign.”

Dexter’s response was similar: “I said, ‘well that ain’t good.’ ”

Van Diepen didn’t think he could make it back to the airport, which was several miles to the north, and he didn’t want to risk trying to land on Highway 7.

There’s a private airstrip in the area west of Stices Gulch, several miles to the south.But Van Diepen didn’t know how much snow there might be on that landing strip so he settled on a field beside Highway 7 in Bowen Valley, a few miles south of Baker City.

“I just did a precautionary landing on the Jensens hay field,” Van Diepen said.

He was able to land about 5 to 10 minutes after noticing the engine vibration.

Although the landing was uneventful and neither Van Diepen nor Dexter was hurt, the day’s challenges weren’t over.

While Van Diepen was taxiing the plane toward a road, he rolled into an irrigation ditch.

“We landed clear on the other side and I was just taxiing over to Juniper Lane to be closer to a house with a phone so I didn’t have to walk so far,” he said. “If I had just stopped right there, we would have been in a lot better shape.”

The plane sustained damage that will take a number of months to repair at Baker Aircraft, Van Diepen said.

Thursday’s incident wasn’t his first unplanned landing during his 45 years as a pilot.

“I blew an engine once and then I had the same thing that happened now, it was running rough, so I landed in Burns but I just landed on the airport,” he said.

Van Diepen said the first time he did a forced landing, “you don’t know how you’re going to react.”

“It’s kind of nice to know that you can perform under pressure, still do all the right things, which until you have to do, you don’t know,” he said.

“You just gotta do your job.”

Van Diepen said he’s not sure what caused the engine to begin shaking.

“It was something significant, it was a really bad vibration,” he said.

Backhoe operator Chase Giesbrecht, along with Clint Morrison, a volunteer from the Greater Bowen Valley Rural Fire Protection District, were able to lift Van Diepen’s plane from the irrigation ditch.

Van Diepen said Dexter has flown with him about half a dozen times. Both are hunters, and on Thursday they flew over two elk-feeding stations near Bowen Valley.

Samantha O’Conner can be emailed at soconner@bakercityherald.com