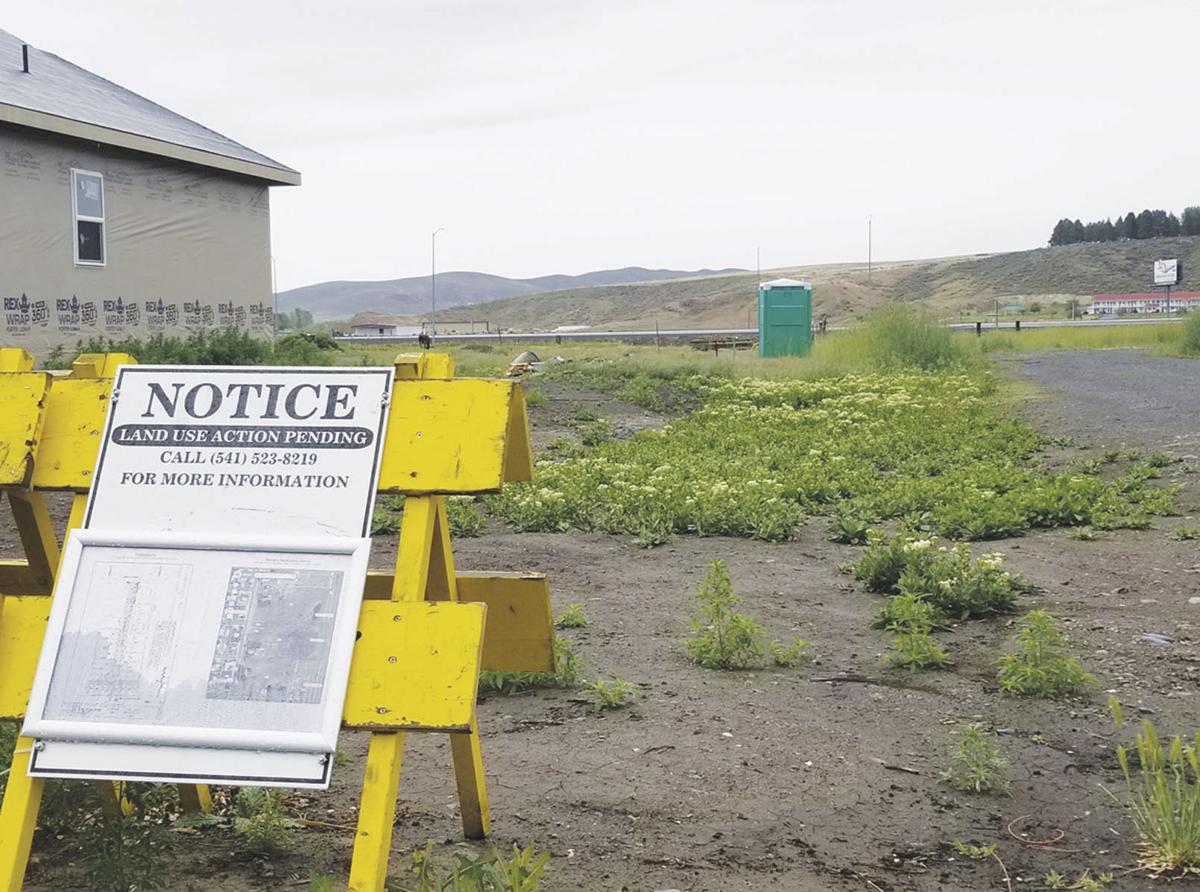 The proposed 21-lot Silver Birch subdivision would be built west of the freeway. 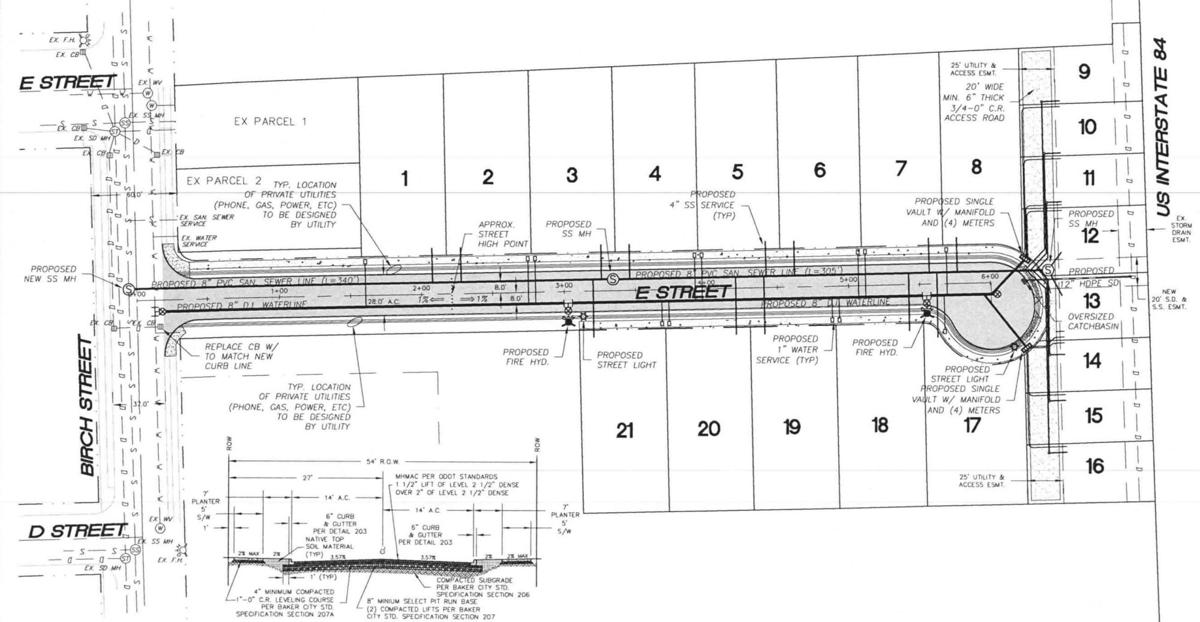 The proposed 21-lot Silver Birch subdivision would be built west of the freeway.

The Baker City Planning Commission has approved a 21-lot subdivision near Interstate 84 in the northeast part of the city.

Commissioners voted 4-1 Wednesday to approve the Silver Birch subdivision on 3.7 acres east of Birch Street between D and E streets.

Jim and Carla Michel, a former Baker City couple who now live in Meridian, Idaho, own the property and applied for the subdivision permit.

Buzz Cassidy, who cast the lone dissenting vote, expressed concerns about the difficulty of selling homes on lots in the cul-de-sac that’s proposed at the east end of the development, nearest the freeway.

Jim Michel, who grew up in Baker City and owned a logging company here before moving to Idaho six years ago, said he has owned the bare land east of Birch Street for more than 30 years.

He said in a recent interview that he decided to build a subdivision in part because there have been more than 50 homes built in that corner of the city over the past 15 years or so.

“It seems like a good use of the property,” Michel told commissioners during Wednesday’s meeting.

Rockwell asked Michel for more information about proposed driveways in the subdivision, saying “why, at least so far, it hasn’t been something that’s included in the plan.”

Michel said local contractor Haden Damschen will be building the homes, and he hasn’t decided on the layout of the lots.

“And so instead of trying to put something in now and then changing it, we would just do it at the time of ... we plan on making that adjustment when we’re doing the sidewalks and curbing, so we won’t have any curb cuts later,” Michel said.

Eva Henes, a senior planner in the Baker City-County Planning Department, said the Michels’ application doesn’t include details such as driveway design.

The subdivision includes 13 lots of about 7,500 square feet each — eight on the north side of an extended section of E Street, and five on the south side.

Michel said he would like to build two-story townhouses on the remaining eight lots, which would be on the east side of the subdivision and arranged north-south paralleling the freeway.

Henes said the proposed E Street right of way would be 54 feet wide, and would replace an existing private access and utility easement.

Henes said two streetlights and two fire hydrants are proposed within the right of way — one of each about halfway along E Street, and the others near the cul-de-sac.

Michelle Owen, the city’s public works director, suggested a requirement that was added as a condition of the subdivision approval. It mandates that public works staff will approve utility and street construction in the development.

“In other words if the developer wishes the city to take on responsibility for the infrastructure when the project is complete, (public works) needs to have more than a statement saying install was done to code, we want to verify that ourselves,” Owen wrote in an email to Henes.

Owen also attended Wednesday’s meeting, saying “I just wanted to highlight that we just want an opportunity to kind of inspect as those utilities are going in so that we can coach or guide or suggest how they might mitigate or solve problems.”