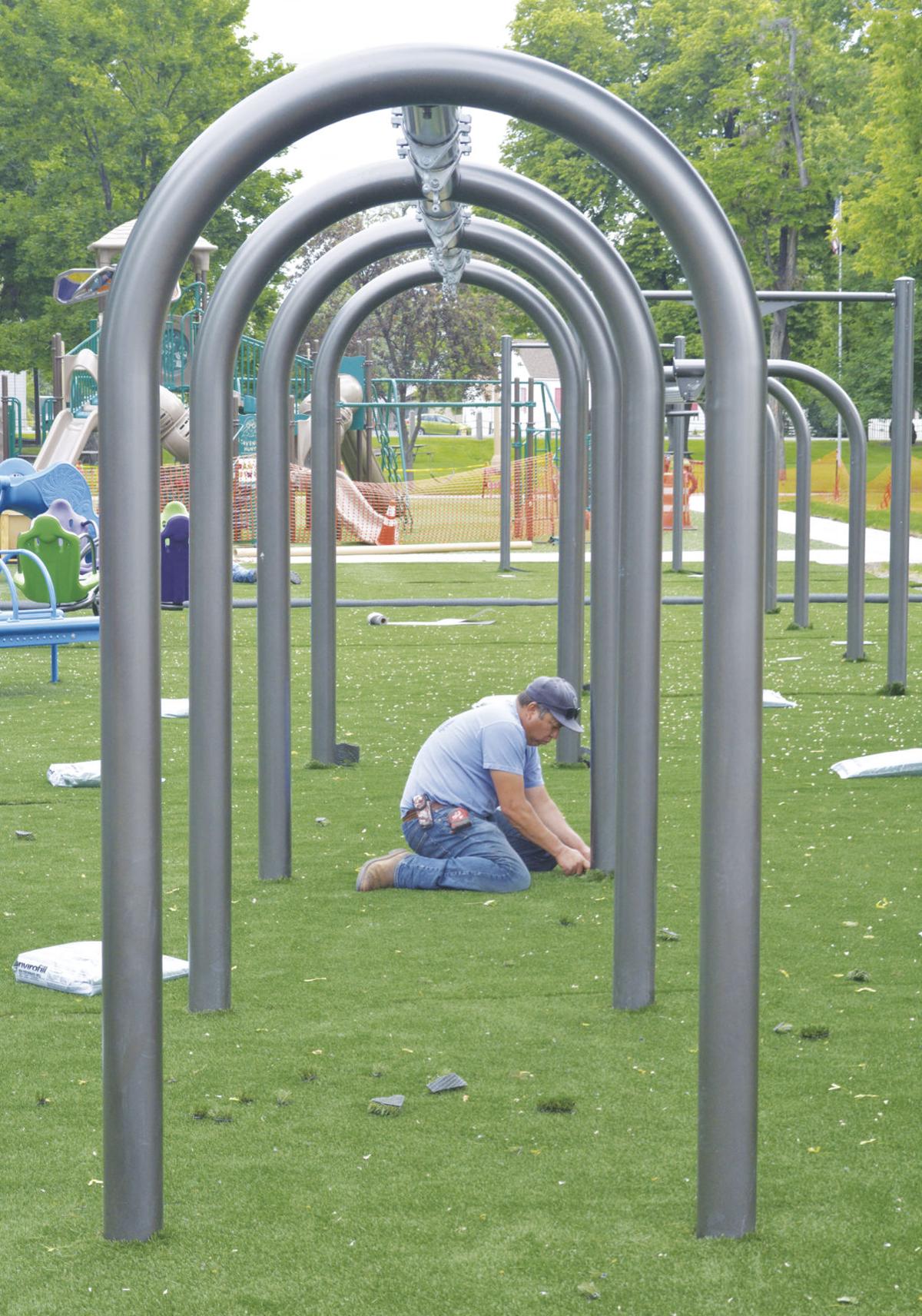 Pablo Santillan, owner of A West Pacific Contractors of Salem, installs surfacing at the new all-abilities playground at Geiser-Pollman Park. 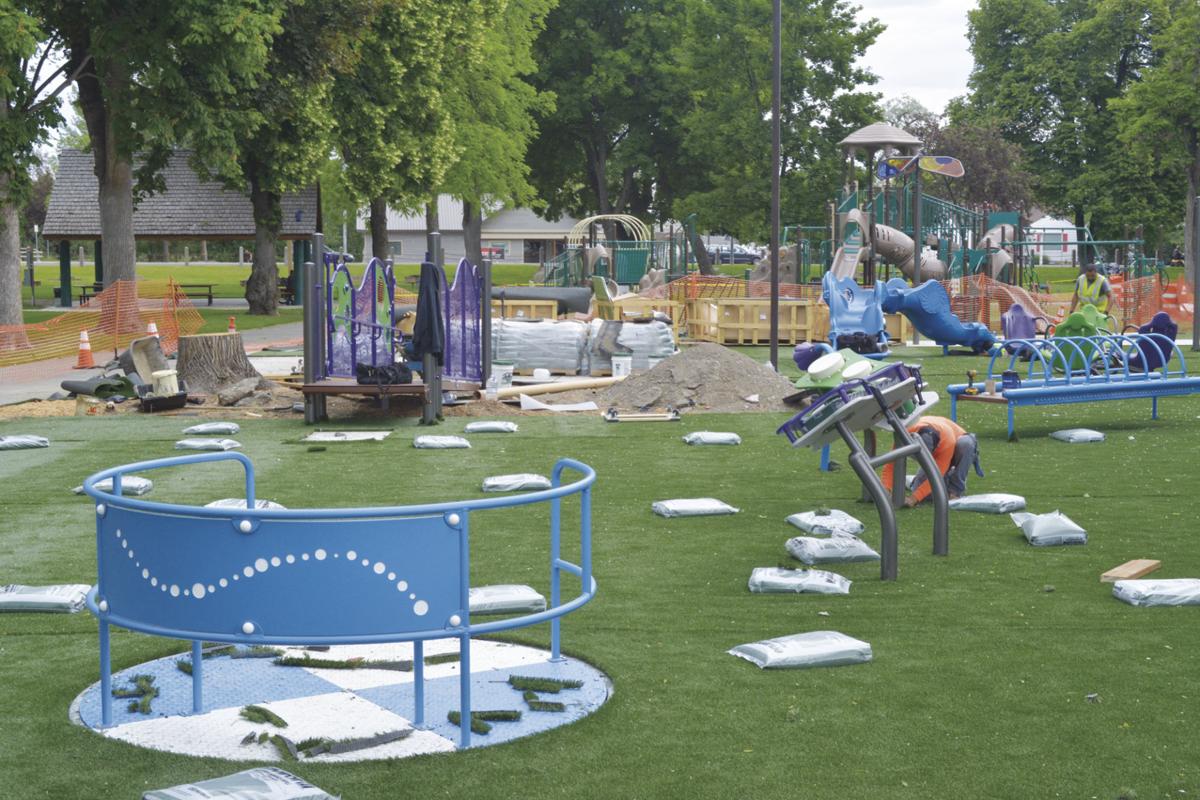 The new playground at Geiser-Pollman Park features toys that are accessible to all children, including those in wheelchairs. The $300,000 playground is just south of the playground installed in May 2014.

Pablo Santillan, owner of A West Pacific Contractors of Salem, installs surfacing at the new all-abilities playground at Geiser-Pollman Park.

The new playground at Geiser-Pollman Park features toys that are accessible to all children, including those in wheelchairs. The $300,000 playground is just south of the playground installed in May 2014.

The finishing touches are underway on the new all-abilities playground at Geiser-Pollman Park.

“The playground was designed for children that either have limited mobility or cognitive skills to play side by side with normally functioning able-bodied peers,” said Joyce Bornstedt, the city’s technical administrative supervisor whose duties include overseeing city parks.

The city received several grants and donations to help pay for the approximately $300,000 project, the largest being a $164,000 grant from the Oregon Parks and Recreation Department.

The city received that grant last fall, and it allowed officials to order the various toys and other equipment.

Bornstedt said she was gratified to see all the other donations, which included $1,230 from a Facebook birthday party fundraiser by Karla Macy of Baker City, whose son, Gus, has spina bifida and will benefit from the new playground.

“All of the pieces that came together for this was really unifying for our community,” Bornstedt said. “Seeing everyone pulling together and having a common cause was a feel good story.”

The project hasn’t been without glitches — and not only the coronavirus pandemic.

The original shipment of equipment was missing a few pieces, and there were design issues that required changes and delayed construction.

But with playgrounds closed due to the pandemic, those issues didn’t actually delay opening of the new playground.

After the surfacing is installed, the responsibility of the installation lies in the hands of private contractors. Bornstedt said the city’s contractor worked with two installation firms.

“It’s kind of been a little bit of a logistical problem because we are dealing with two different contract installers and of course they work independently and they all have other projects,” Bornstedt said.

Although the city’s original schedule called for completion by Memorial Day weekend, additional concrete work is needed due to the configuration of the playground’s footprint.

Bornstedt said she hopes to finish the project by June 30, the end of the city’s fiscal year.

“We are still looking at our numbers coming in to see if that is something that is possible to be completed within our current fiscal year or it will be something to happen after July 1 due to fiscal constraints,” she said.

The existing playground, installed in May 2014 just north of where the all-abilities section is being built, remains closed due to the pandemic.

Bornstedt said she hopes to reopen that playground as soon as possible, now that Baker County has started phase 2 of the state reopening plan.

Despite all the setbacks and challenges this project came across, Bornstedt is convinced that this project will be a complete success for the city.

“It’s an absolute necessity for our community, and it’s going to be a wonderful addition and a great asset,” she said.