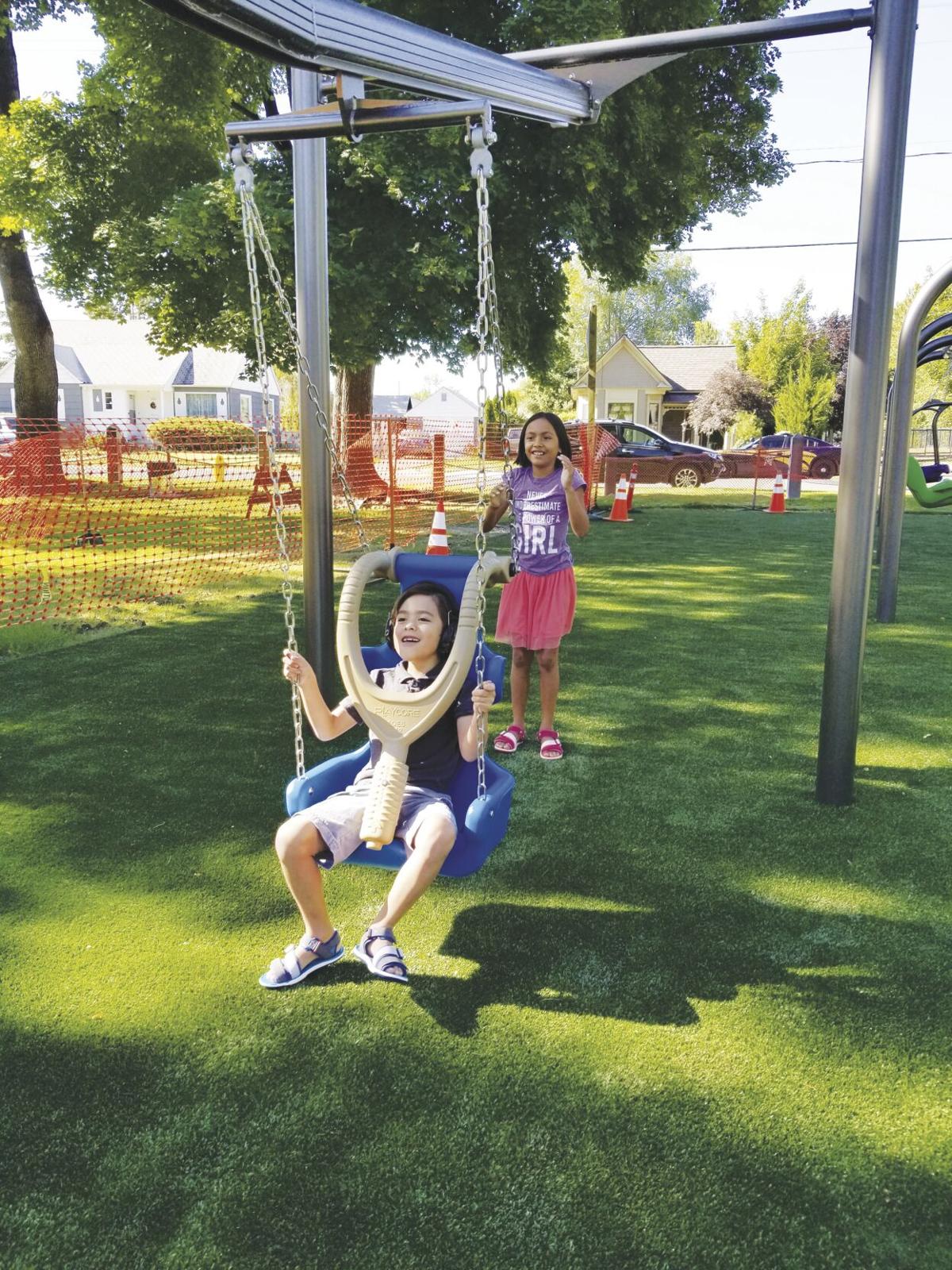 Harley Spriet, 7, front, enjoys a ride on the zip line at the new all-abilities playground at Geiser-Pollman Park in Baker City. The playground, which has a variety of toys accessible to all children, opened on Friday. Harley gets a push from his sister, Sulea, 9, to start his ride. 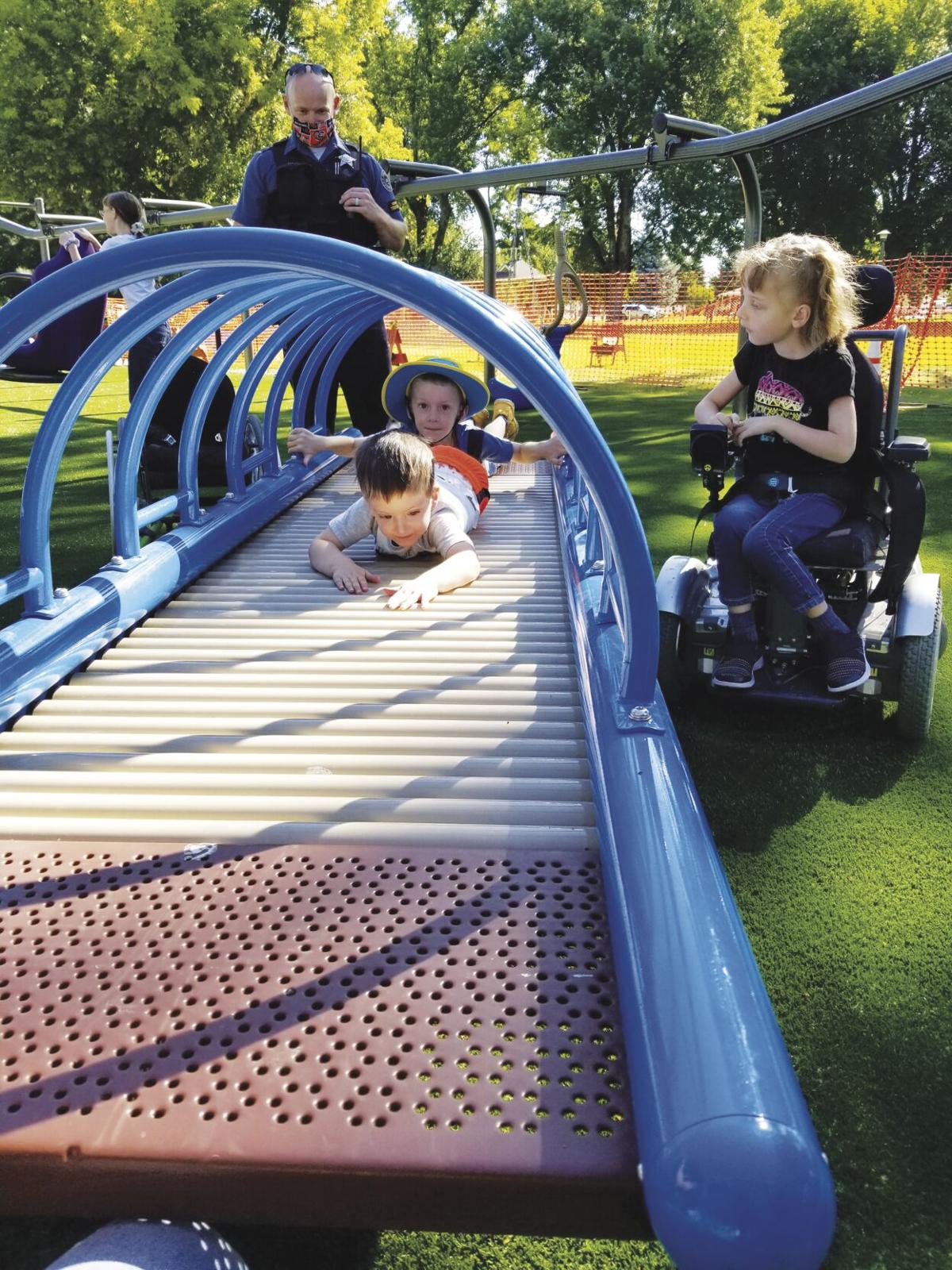 Gus Macy, front, and his brother, Henry, play at Geiser-Pollman Park on Friday morning along with Jasmine Webb, right.

Karla Macy was ecstatic to watch her 4-year-old son, Gus cavort on Baker City’s newest playground, but she was perhaps even happier to hear what he said while he played.

Gus repeated it over and over, a simple phrase that could be the slogan for the nearly 2-year, $300,000 effort that culminated Friday morning at Geiser-Pollman Park.

And that’s just what Gus did.

He was among about a dozen kids who swung and slid and spun on toys designed to accommodate all children — including those, like Gus, who use wheelchairs.

Gus, who has spina bifida, played in the warm July sunshine while his mom sat nearby and reveled in her boy’s newfound independence.

“Previously, when we’re at a traditional playground, I’m always getting Gus in and out of his chair,” said Macy, who has been promoting Baker City’s campaign to build the all-abilities playground since its inception.

“I actually sat down on a bench and watched him play.”

The playground debuted around 9 a.m. Friday. It was built on the south side of the park, adjacent to another group of toys that were installed in May 2014.

Joyce Bornstedt, the city’s technical administrative supervisor, whose duties include overseeing city parks, said the city invited families whose children were featured in the city’s application for a grant from the Moda Health company. The city won the online voting contest in the spring of 2019 and received $37,740.

Bornstedt said the city is not sanitizing either the new equipment or the 2014 toys.

“There’s really no ability to sanitize because, I mean we could sanitize and 2 minutes (later) somebody that was infected could be there,” she said.

Bornstedt encourages people to wear face coverings at the park and to bring hand sanitizer to apply before and after using the playground.

Macy said she appreciated not only that Gus was able to play without her help, but that he was able to join his brother, Henry, 6.

Macy said one of her favorite moments so far at the new playground is watching 10 kids on a merry-go-round, two of them in wheelchairs. When someone asked to go faster, one girl said, “everybody who can push, get off and push.”

Having kids of all abilities play together was the purpose of the new playground, Macy said.