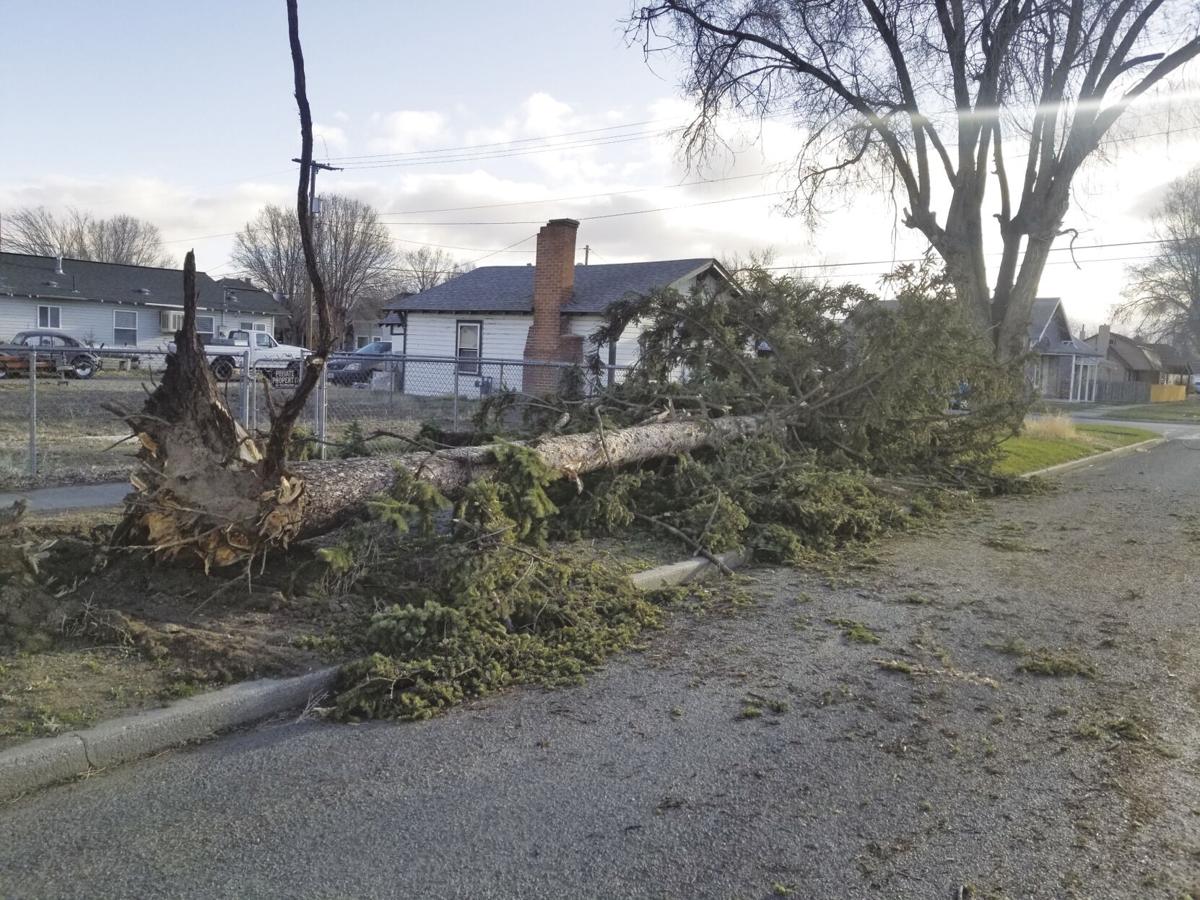 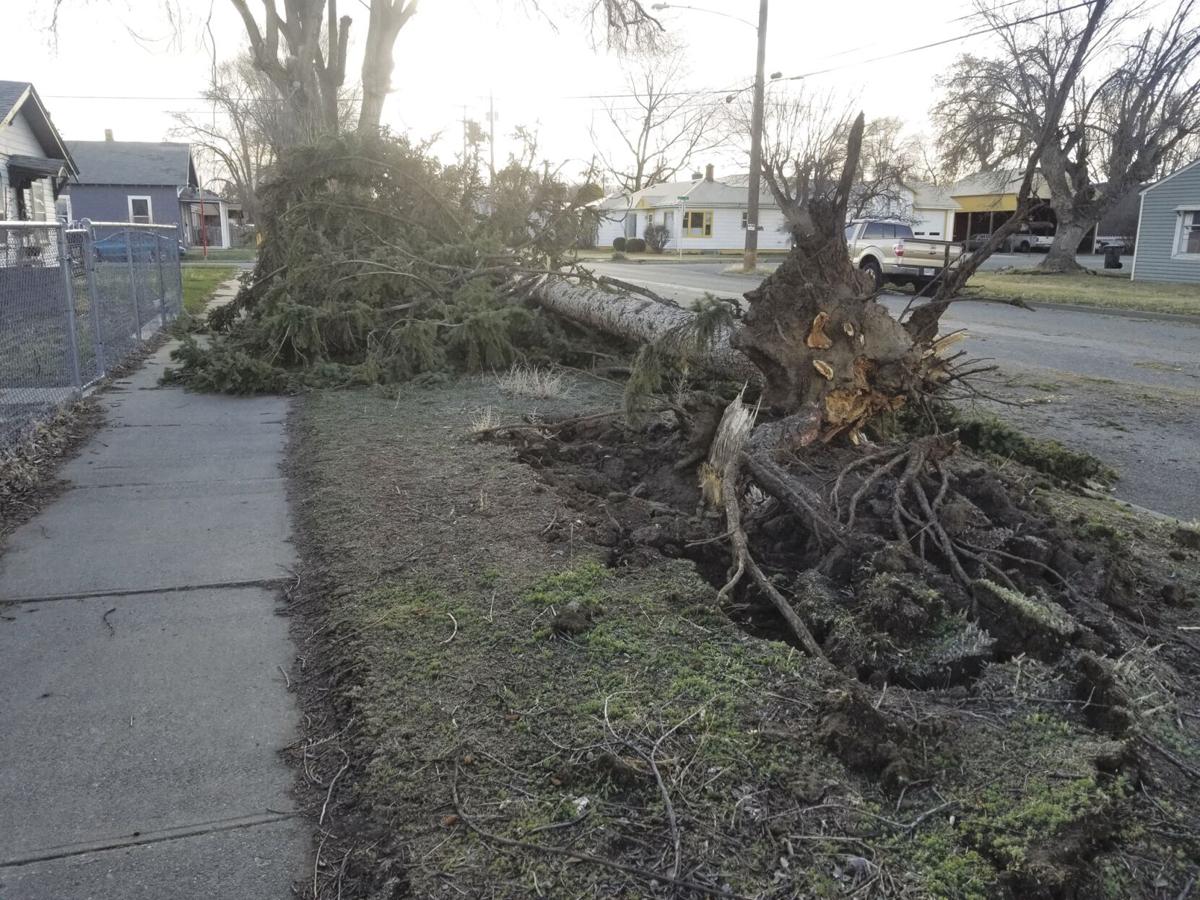 A Baker City public works employee used a backhoe to move this fir tree from Campbell Street between 11th and 12th streets.

A Baker City public works employee used a backhoe to move this fir tree from Campbell Street between 11th and 12th streets.

The temperature plummeted 13 degrees in 10 minutes at the Baker City Airport as a cold front moved through, dropping from 52 degrees at 10 p.m. to 39 degrees at 10:10 p.m.

A peak wind gust of 59 mph happened at 10:24 p.m., according to National Weather Service records.

Light snow was falling at the airport at that time.

Sunday was the warmest day at the airport in almost half a year. The high temperature on Oct. 9, 2020, was 81 degrees.

A mature fir tree fell across Campbell Street between 11th and 12th streets, blocking the street.

Fisk said Justin Plumbtree, a public works employee, used a backhoe to push the tree out of the street.

A no-parking sign was topped at Washington Avenue and Resort Street, Fisk said.

A tree limb that fell across a power line cut electricity to about 1,025 Oregon Trail Electric Cooperative customers from about 3:30 a.m. to 6 a.m. on Monday, March 29, said Joseph Hathaway, communications manager for OTEC. The outage affected residents mainly in the downtown and east parts of town, from Hughes Lane south to Elm Street and Indiana Avenue.

There were four other wind-caused outages during the night, each affecting fewer than a dozen OTEC members, Hathaway said.

In the wake of the cold front, the weather will be dry but cooler than usual through Tuesday night, according to the National Weather Service.

After Sunday’s record-tying warmth, low temperatures Tuesday could approach records in some areas. Baker City’s record low for March 30 is 16 degrees, set in 1954.