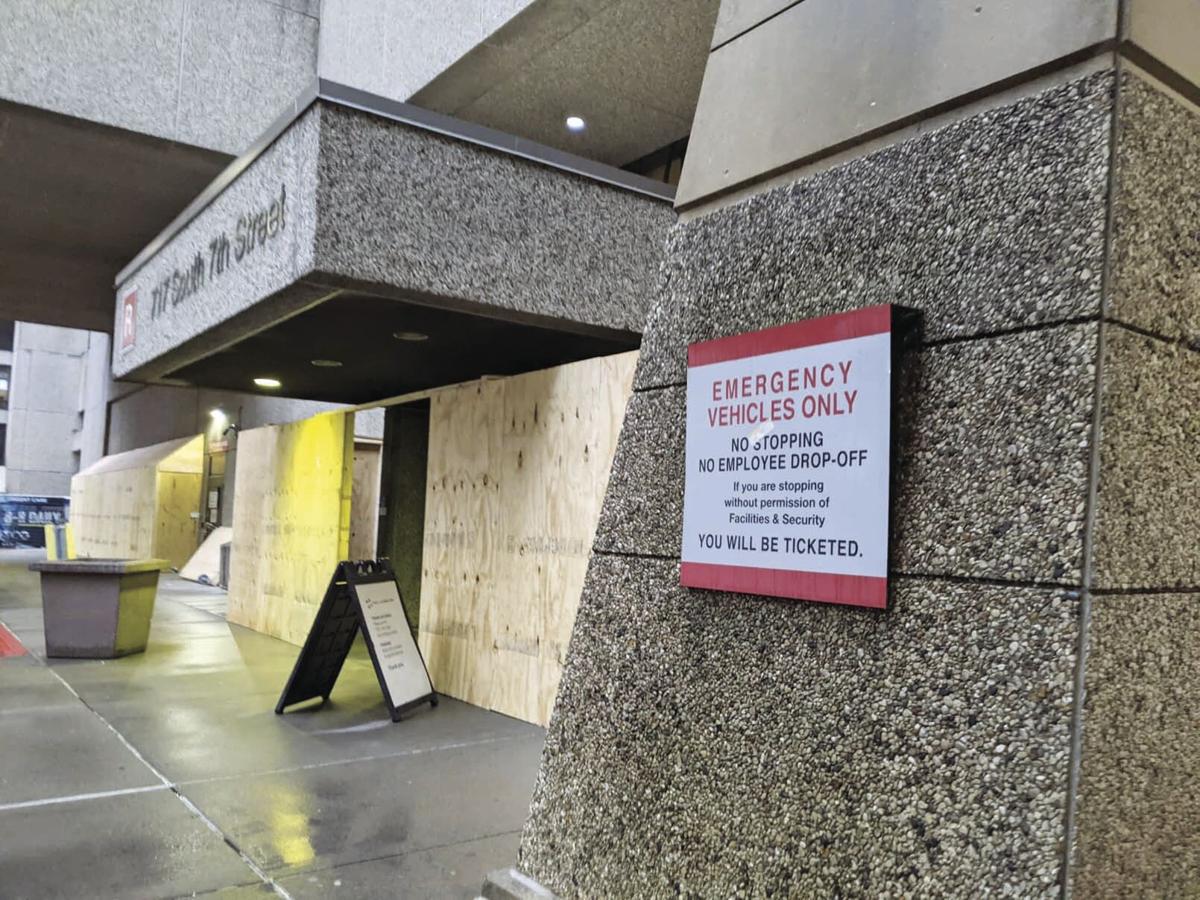 Plywood protects the windows at the emergency department of the Hennepin County Medical Center in downtown Minneapolis. 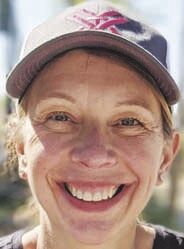 Autumn Swiger-Harrell isn’t involved in America’s most notorious current criminal trial, but she only has to step outside her workplace to see its effects.

That step is necessary because plywood temporarily blocks the windows.

Swiger-Harrell, who grew up in Baker City and graduated from Baker High School in 1993, works as a physician assistant in the emergency room at the Hennepin County Medical Center in downtown Minneapolis.

The hospital is about three blocks from the building where jury selection is continuing in the trial of Derek Chauvin.

Chauvin is the former Minneapolis police officer accused of murder and manslaughter in the May 25, 2020, death of George Floyd.

Floyd’s death, which came after Chauvin had pressed his knee to Floyd’s neck for about nine minutes, prompted a series of protests and riots in Minneapolis and many other American cities that continued for several months.

In anticipation of demonstrations and potential violence during and after Chauvin’s trial, officials in Minneapolis have installed barricades and boarded up windows at many buildings, including the hospital where Swiger-Harrell has worked for the past year and a half.

She said workers on Monday, March 8 put plywood over the windows at the emergency department, which is on the ground level.

“That’s the biggest thing at this point,” Swiger-Harrell said in a phone interview on Friday, March 12.

She said the plywood so thoroughly blocks the natural light that it’s a perpetual nighttime in the emergency room.

Swiger-Harrell moved to Minnesota from Baker City four years ago with her husband, Aaron Harrell. The couple have two children, a daughter, Trinity, and a son, Teagan.

The family lives in Stillwater, Minnesota, a town on the St. Croix River near the Wisconsin border, about 25 miles from downtown Minneapolis.

Swiger-Harrell said she commutes to the hospital and leaves her car in a parking structure that’s part of the hospital complex.

She said she uses an underground walkway to get to the street.

“I feel pretty secure,” she said.

The Chauvin trial isn’t the first event that has led to tighter security in the emergency room where Swiger-Harrell works.

Last summer, while the protests and riots were happening nearby, she said she helped treat patients with injuries including gunshots and tear gas inhalation.

The hospital, which is a Level 1 trauma center, is the nearest medical facility to the area where many of the demonstrations happened, Swiger-Harrell said.

She said it was strange to work while National Guard soldiers stood in the emergency department.

The soldiers also traveled with ambulance crews, she said.

Workers erected fencing around the emergency entrance, and there was no damage to the hospital last summer, Swiger-Harrell said.

Thus far during the trial, with testimony not slated to start until later in March or early in April, downtown Minneapolis has been relatively tranquil, she said.

She said she drove by the Hennepin County Government Center, where the trial is taking place, on Thursday, March 11, and she saw about 10 people holding signs.

Among the bigger effects of last summer’s demonstrations were freeway closures, Swiger-Harrell said.

Multiple times when her shift ended around 1 a.m. she had to find an alternate driving route to Stillwater because the freeway she usually follows was closed.