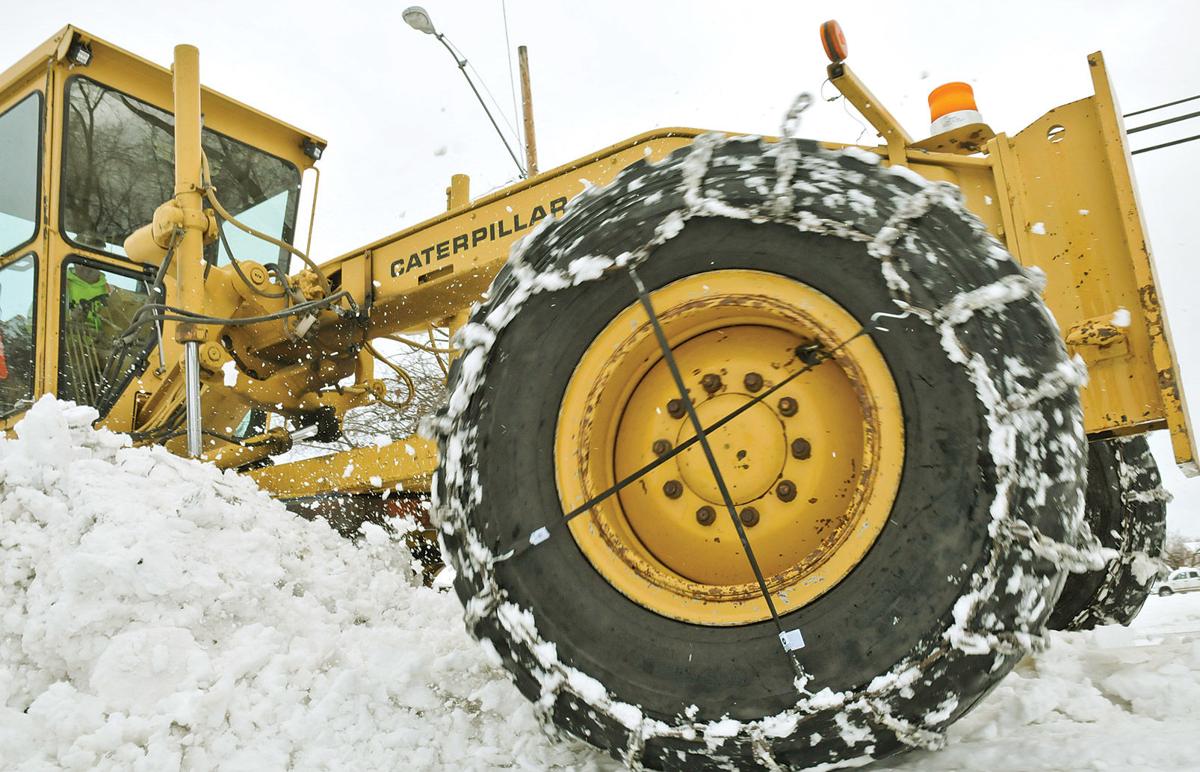 A grader gets a heavy-duty workout Thursday morning dealing with the soggy remnants of Wednesday’s snowstorm. 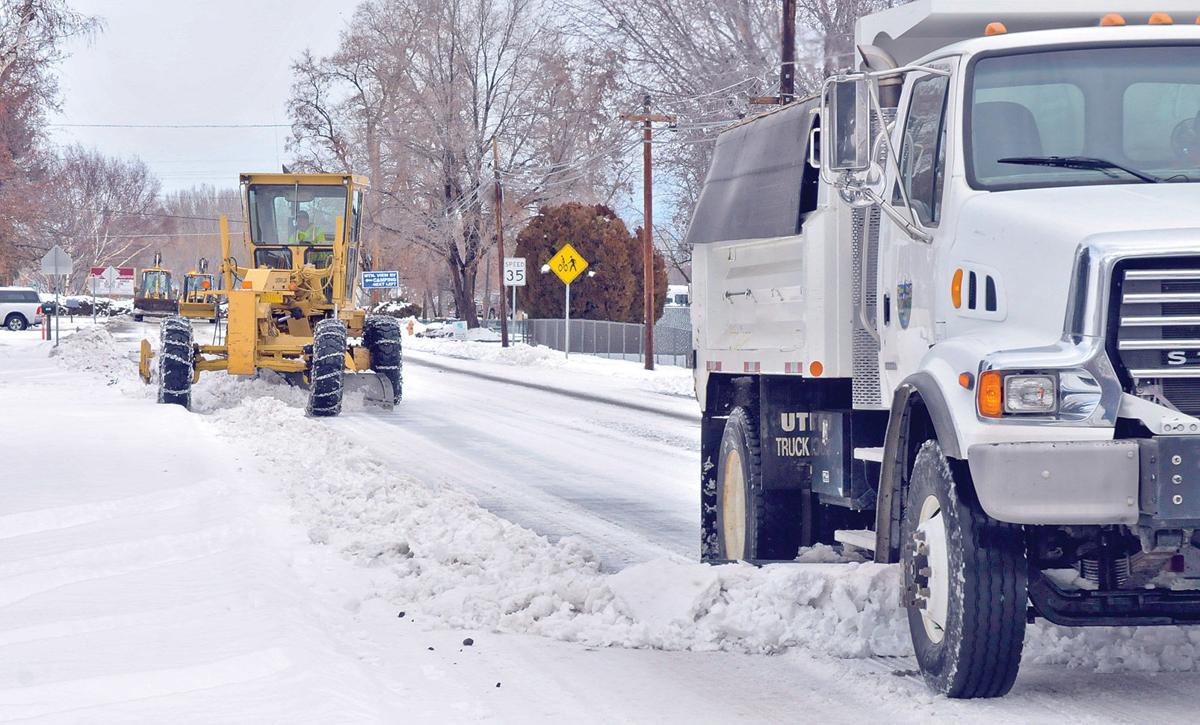 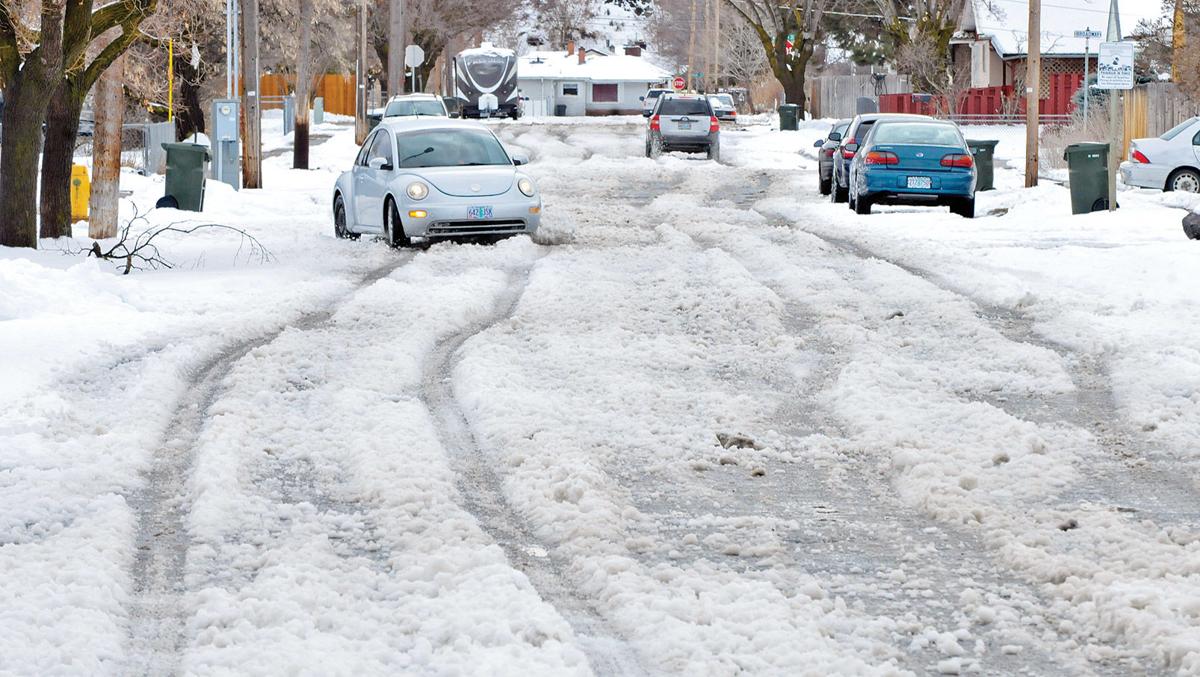 Residential streets were still clogged with slush Thursday morning, but with temperatures rising into the upper 40s later in the day the snow melted quickly enough that city crews didn’t need to plow most side streets.

A grader gets a heavy-duty workout Thursday morning dealing with the soggy remnants of Wednesday’s snowstorm.

For just the second time this season, the city’s public works department had to call out extra crews, including a midnight shift, to first plow and then haul away the remnants of Wednesday’s blizzard, which dropped about 9 inches of snow in town.

The other such episode was at Thanksgiving, when an early storm deposited more than a foot of snow.

During December and January, which generally vie annually for the title of snowiest month, city workers had to salt and sand streets and intersections several times, but widespread snowplowing wasn’t necessary, said Tom Fisk, the city’s operations supervisor.

This week crews started at midnight Wednesday and again Thursday to plow and haul snow downtown and from arterials such as Campbell, Broadway and 10th streets that are bustling during the day.

The five-person crew that worked in the wee hours Friday concentrated on hauling away snow from berms on sections of several streets, including 10th, Broadway and in the downtown district, Fisk said.

“They were really heavy,” he said. “There was a lot of moisture in that snow.”

There were only minor issues with standing water, something Fisk attributes to the ground not being frozen, which allowed melting snow to soak into the ground rather than flow into streets.

“We were fortunate in that way,” he said.

Temperatures that stayed well above freezing Thursday and Friday also helped by melting slush on residential streets rapidly enough that the city didn’t need to plow there, Fisk said.

When crews plow all the streets in town it can significantly boost the city’s costs, Fisk said.

The city budgets about $100,000 annually for snow and ice control but the amount the city actually spends depends, naturally, on the weather, and thus can vary dramatically.

But the previous winter, the snowiest here in more than a quarter century, the tab came to $312,000, forcing the City Council to transfer $100,000 from the street department’s contingency fund.

Updated numbers on how much the city has spent so far this winter on snow and ice control were not available in time for this story.