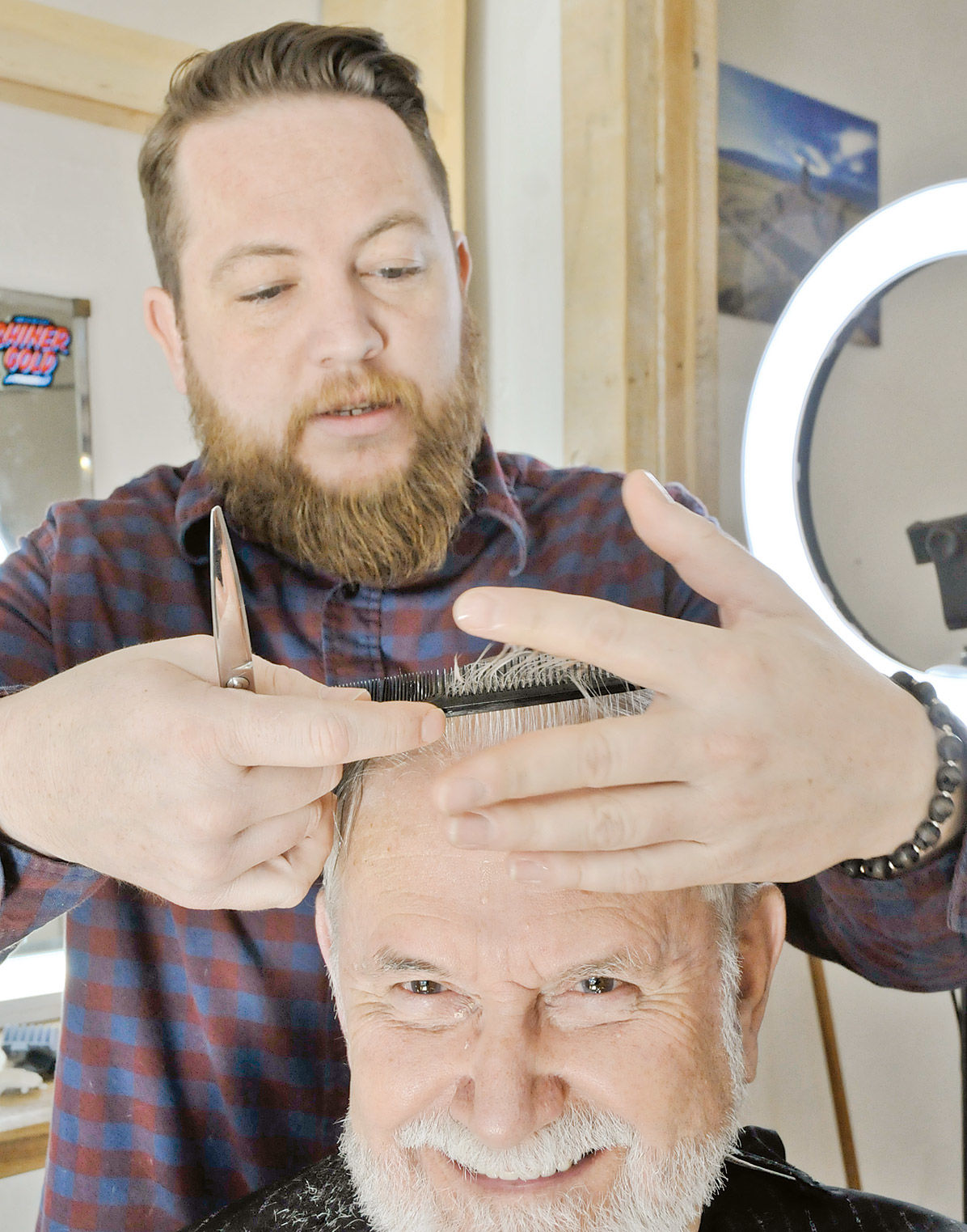 A new barber in town, Timmy Eide, cuts and shapes hair for Albert Jones of Sumpter Monday. Eide set up his barbering chair in a building at First and Broadway streets that has housed a barbershop for decades. 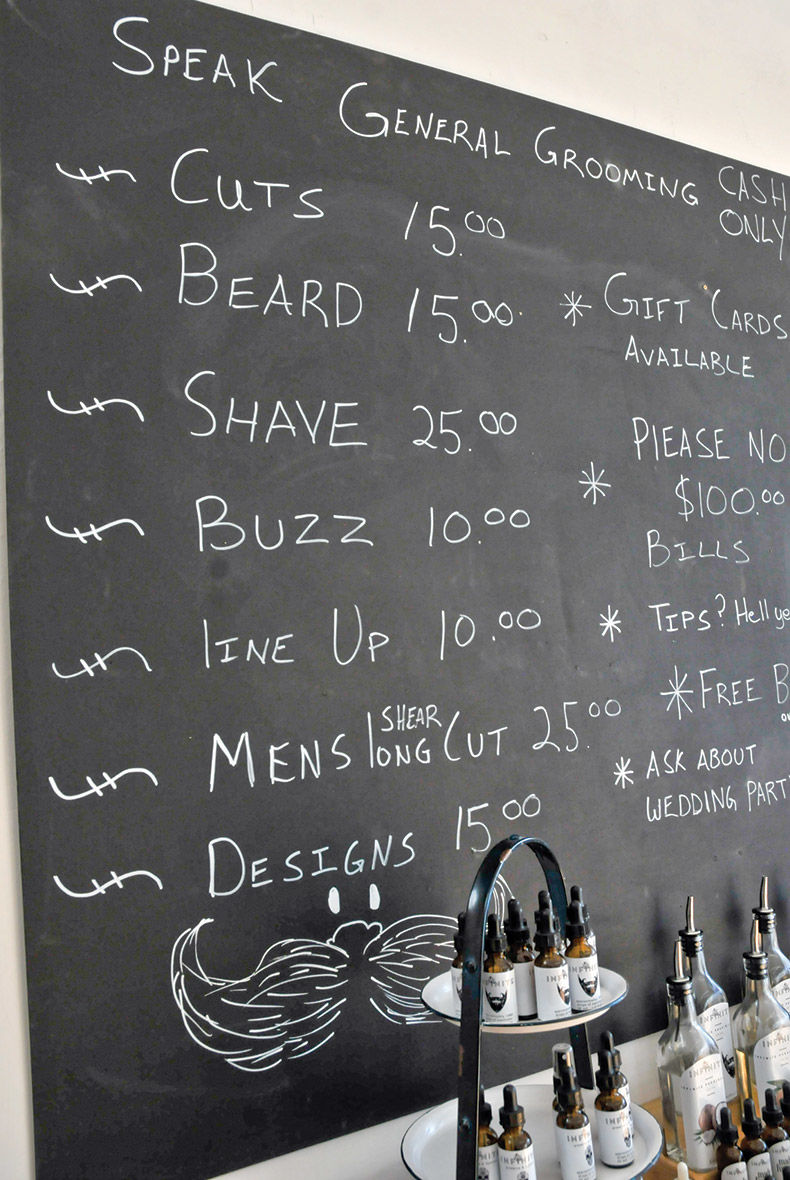 A blackboard outlines the facts of business at Timmy Eide’s barbershop at First and Broadway streets.

A new barber in town, Timmy Eide, cuts and shapes hair for Albert Jones of Sumpter Monday. Eide set up his barbering chair in a building at First and Broadway streets that has housed a barbershop for decades.

A blackboard outlines the facts of business at Timmy Eide’s barbershop at First and Broadway streets.

Timmy Eide’s scissors have been getting quite a workout this winter.

Since opening his barbershop at Broadway and First streets in mid-November, Eide, who grew up in Baker City, said the hair has been flying.

Eide, who has been a barber for seven years, offers flattops and other classic cuts, as well as beard trims and hot shaves.

He doesn’t do hair coloring but he said he might obtain his license for coloring.

“Baker’s not really a place where men will get their hair colored I don’t think that much,” he said. “But teenagers will.”

Eide, who said he attended “pretty much every school except Churchill” while growing up in Baker City, has had other jobs, but he knew he always wanted to be a barber.

“I just like helping people,” said Eide, who noted how a fresh haircut can make people feel better.

Eide joined the Job Corps in Astoria originally for culinary school, but he often cut hair for others while in that position.

Starting at age 21 he sold subscriptions for several newspapers in the Northwest, including the Baker City Herald and The La Grande Observer, for 15 years while attending school.

He attended barber college for six months at Hilliard, Washington, and continues to learn today.

“It’s an art form,” Eide said. “It’s something you’ll never master. There are people that have master barber titles but you really truly can never master this art form. Every single person has a different hair type, hair texture, colors, densities, and things like that. So you’re always constantly learning new tricks.”

Eide said he might attend a barber convention in Los Angeles to learn more tricks of the trade.

Eide said he was motivated to learn wig-making in part due to the loss of his mother to pancreatic cancer a few years ago.

Eide lived in Idaho for seven years and owned a shop in Nampa called the Beard House that, as its name implies, primarily focused on beard trimming.

But Eide said he had always wanted to return to Baker City. When he saw the wood interior and decor at 2000 Broadway — a location that had been a barbershop for decades — he decided it was perfect.

Wes Dickison owned Dickison’s Barber Shop at that location after his uncle, Rod Dickison, turned it over to him in 2005. Rod Dickison died Sept. 10, 2005.

Eide hopes to add a “speakeasy” to his shop some day, saying the name means “communication.”

“The barbershop historically has been a place where men would meet up and talk about what’s going on in the community, almost like a coffee club in the morning,” Eide said.

He also wants to add an area in the basement with a few couches where people can go and play old school Nintento video games and others.

His ultimate goal is to have a place where cellphones aren’t allowed, forcing people to have face-to-face conversations.

“That is pretty much my dream, is to have something like that,” Eide said.

— Timmy Eide, who recently opened a barbershop in Baker City