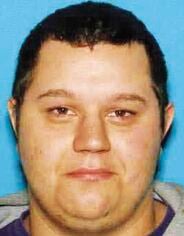 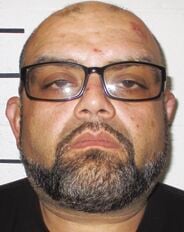 Three people were arrested on a variety of drug and weapons charges early Sunday in Baker City after an Oregon State Police trooper stopped their car because the front passenger was not wearing a seat belt.

According to a report from Trooper Dakotah Keys, he stopped the vehicle about 1:16 a.m. at Elm and Estes streets.

While searching Sharp, Keys found two unlawfully concealed handguns, more than two grams of methamphetamine, in excess of the amount that constitutes a violation rather than a crime under a new state law, and “suspected fentanyl,” a painkiller.

Keys wrote that the rear passenger, Taylor Gordon Morris, 29, of La Grande, consented to a search, which yielded a weapon that Morris, a convicted felon, is not allowed to have, and a criminal amount of methampetamine.

Keys searched the vehicle and found a semi-automatic rifle, a Taser, a criminal amount of heroin and “additional items of drug paraphernalia.”

The driver, Francisco Garcia Torres, 38, of Boardman, who’s also a convicted felon, was arrested on charges of illegal possession of a firearm and another weapon, and possession of one gram or more of heroin.

Morris was cited and released.

Torres and Sharp were both taken to the Baker County Jail.

Officers from the Baker City Police and the Baker County Sheriff’s Office assisted in the arrests, Keys wrote in his report.