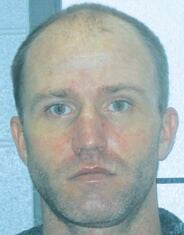 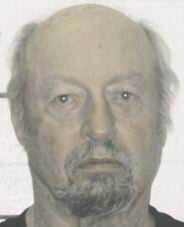 Both men were lodged at the Baker County Jail, a press release stated.

Nathen Ray Kirk, 34, of Haines, is being held on a menacing charge for allegedly throwing a knife at his brother, Chance Michael Kirk, 36, of Haines.

Robert James Brown, 69, of Huntington was jailed on a charge of fourth-degree domestic assault and later released on bail. He is accused of punching his son-in-law, David Anthony Hanks, 31, of Huntington, in the face.

The Sheriff’s Department was dispatched to the fight between the two Haines brothers at 9:57 p.m., the press release stated.

The two men had been arguing when Nathen Kirk lunged at his brother with a knife.

After that, Chance went into another room to retrieve a can of pepper spray, the release stated. As Chance came out of the room, Nathen threw the knife at his brother. Chance Kirk was not hit by the knife.

Chance then sprayed Nathen in the face with the pepper spray, according to the press release.

Nathen first was treated for his injuries from the pepper spray and then was arrested and transported to the Baker County Jail, according to the press release.

The Dispatch Center received a report of a domestic disturbance at Huntington about 10:35 p.m. Saturday, a second press release stated.

Deputies determined that David Hanks had been in an argument with his wife, but there had been no crime.

As part of the investigation, deputies also learned that earlier in the evening, Hanks had driven to the home of his father-in-law, Robert Brown. As Hanks sat in his vehicle outside Brown’s home, Brown allegedly came out and struck Hanks in the face with his fist several times.

Hanks was injured in the altercation, the press release stated.

Deputies made contact with Brown, arrested him and transported him to the Baker County Jail.