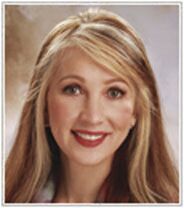 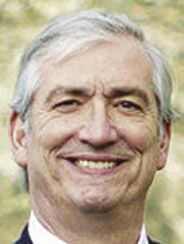 Two Republican candidates hoping to accomplish what has become a rare feat for members of their party in Oregon brought their campaigns to Baker City Thursday evening.

Kim Thatcher, who is running for Oregon secretary of state, and Jeff Gudman, a candidate for state treasurer, spoke to a group of about 35 people at Geiser-Pollman Park.

The event was organized by Baker County Republicans.

Republican candidates have fared poorly in statewide elections over the past two decades, including races for state offices and for U.S. senator.

Since 2002, Dennis Richardson is the only Republican to win such a race, when he defeated Democrat Brad Avakian in the secretary of state’s race in November 2016.

Thatcher, who has served in the Oregon Legislature since 2005, initially as a representative and currently as a senator, said in an interview prior to Thursday’s event that she doesn’t believe she has an advantage because both Clarno and Richardson are also Republicans.

Indeed, Thatcher, 55, who lives in Keizer, said she misses Richardson, a friend and former colleague in the Legislature.

Thatcher said she expected that it would Richardson’s name on the Nov. 3 ballot, seeking a second term as secretary of state, rather than her own.

Thatcher said she takes heart, though, by Richardson’s victory in 2016.

“Dennis showed it could be done, that people still do cross over in Oregon, and look at the candidate rather than the party,” she said.

In any case, Thatcher, who is the nominee of both the Republican Party and the Independent Party of Oregon, contends that the secretary of state is a “managerial” position and that the holder of the office has “what should be nonpartisan responsibilities.”

Those include serving as the state’s chief elections official, overseeing Oregon’s audits division, and serving as administrator of public records.

In regard to elections, Oregon was the first state, in 1998, to have all elections by mail-in ballots. The topic has generated considerable publicity this year, as states look to limit in-person voting due to the coronavirus pandemic. President Donald Trump has expressed concern about the prospect for widespread election fraud.

Thatcher said she believes Oregon has avoided such problems with its vote-by-mail system.

“I think we do a pretty darn good job,” she said. “We have safeguards in place and we’ve worked on it for a long time.”

Thatcher said that as secretary of state she would ensure that the state remains vigilant in making sure Oregon voters can be confident in their electoral process.

As for public records, Thatcher believes the state has failed to uphold the purpose of the 1973 law, and made it too difficult for people to access public records to which they’re legally entitled.

Obstacles include the cost of having public officials review requested records for items that could be legally redacted, as well as just “foot-dragging” by agencies, Thatcher said.

She said that as secretary of state she would seek to make public records more readily available, in particular by posting them online.

Thatcher has been a member of the Transparency Oregon Advisory Commission, which deals with public records issues, since 2009.

Thatcher, who is a former co-chair of the Joint Legislative Committee on Audits, Information Management & Technology, said she strongly supports the secretary of state being aggressive in using the audits division to make sure state agencies are spending tax dollar wisely.

“They are very good at what they do,” she said of the state’s auditors.

Thatcher believes audits can be especially vital in the near future because the state will have to deal with a significant decline in tax revenue due to the economic effects of the pandemic.

Finding, and eliminating, wasteful spending is more crucial than ever, she said.

Other candidates for secretary of state are Shemia Fagan, the nominee of the Democratic and Working Families parties, Kyle Markley of the Libertarian Party, and Nathalie Paravicini of the Progressive and Pacific Green parties.

Gudman, a former Lake Oswego city councilor, is familiar with the challenge of seeking a statewide elected office as a Republican.

He was the Republican nominee for state treasurer in 2016, losing in a competitive race to Democrat Tobias Read, who received almost 44% of the votes to Gudman’s 41.7%.

Gudman points out that he trailed Read by about 42,000 votes in an election where a third candidate, Chris Telfer, received almost 174,000 votes.

Telfer not only is not seeking the office this year, but she has endorsed Gudman.

He is optimistic that the prospect of gaining many of the votes that went to Telfer in 2016 will give him an advantage over Read, the incumbent.

“I think that’s going to be a big difference,” Gudman said in an interview prior to Thursday’s event in Baker City.

Gudman said that although he understands the challenge that any Republican candidate faces in seeking a statewide office, he doesn’t see the treasurer’s position as a partisan one.

“My vision for this state is serving all Oregonians,” Gudman said. “The treasurer position is one about competence. To me it is not a Democrat or Republican or Independent issue.”

He contends Read has been too passive as treasurer.

Gudman cites as examples the revenue shortfalls the state must deal with due to the pandemic, and Oregon’s ongoing challenge to reduce the cost of its Public Employees Retirement System.

“Tobias is nowhere to be found to offer his thinking about these issues,” Gudman said.

Although he acknowledges that state officials have limited options in dealing with PERS because many of the benefits to retired public employees are contractually guaranteed, he believes Read should have advocated for Oregon to use hundreds of millions of dollars in revenue resulting from the 2017 federal tax bill to reduce PERS’ unfunded liability.

Gudman also contends that Read, as the elected official “in charge of the balance sheet for the state,” should have advocated for the state to use about $85 million the federal government gave the state a decade ago to upgrade the computer system for the Employment Department.

Problems with that system have contributed to delays in paying unemployment benefits to thousands of Oregonians who lost their jobs due to the pandemic.

Besides Read and Gudman, Michael P. Marsh of the Constitution Party and Chris Henry, the nominee of the Independent, Progressive and Pacific Green parties, are running for state treasurer.