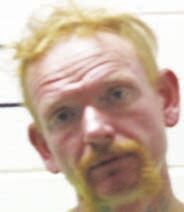 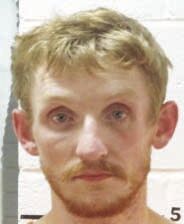 The ability of the Baker County Narcotics Enforcement Team to follow up on crimes through conducting interviews and gathering evidence over a longer period of time is credited with leading police to two men suspected of committing an early morning robbery in an eastside neighborhood last month.

On Tuesday afternoon, members of the narcotics enforcement team and uniformed Baker City Police officers arrested David Michael McMurdo, 37, and Jace Prowell, 29, at a motel room in Baker City, where both men were living, said Baker City Police Lt. Ty Duby. The two were arrested on charges of second-degree robbery, a Class B felony, after police executed a search warrant at the motel. Both were also cited for possession of methamphetamine, a Class C felony, after police found the drug on them.

The two men are accused of robbing Jeremy Clawson, a 31-year-old Baker City man, at about 4 a.m. the morning of July 7.

Clawson and Evee Collard, 19, of Baker City, were walking by the house at 2339 East St., commonly known as the Coe residence, Duby said.

The two men, who were both wearing masks, reportedly jumped Clawson and dragged him into the backyard of the house and robbed him of two cellphones, about $500 in cash, a wallet containing his identification, an Umpqua bank card, an orange Casio watch and a Smith and Wesson pocket knife. Clawson sustained minor injuries, Duby said.

None of the stolen property has been recovered. A reward of up to $200 is being offered for information about the robbery or the return of the items.

Duby said Clawson especially is seeking return of the wallet because of its sentimental value and the items it contained.

Anyone with more information about the robbery is asked to contact the Baker City Police at 1768 Auburn Ave. or call 541-523-3644 and ask for Detective Shannon Regan or Lt. Ty Duby.

Both McMurdo and Prowell are known to hang out at the house where the robbery happened, Duby said.

“They’re both known by us to frequent that place, and the one (at 1226) Washington,” he said. “Those are the two main flop houses in the community right now.”

Duby said the houses attract transients and criminal activity. Gary Kramer is the owner of the Washington Avenue house. Kramer’s adult son is the only person who should be living at that address, Duby said.

Six transients and people with warrants for their arrest were cited or issued trespass notices at the Washington Avenue house as part of an operation conducted by the narcotics enforcement team the week of July 27.

Collard also is known to frequent both houses and was cited on a charge of trespassing at the Kramer house on July 28. That same day Prowell was cited at the Baker County Parole and Probation Office on a warrant charging him with possessing methamphetamine on Jan. 16, 2020.

Duby credits the renewed efforts of the Baker County Narcotics Enforcement Team for leading to the arrests of McMurdo and Prowell on the robbery charges and other arrests that have been made this summer.

“I think the last couple of months we’ve had more contact with people committing drug crimes and other crimes than we have in the last several years,” he said. “I attribute that to the task force and being back out on the street and not having to rely on the uniformed officers.”

Patrol officers spend their days going from one call to another and don’t have the time to follow-up on long-term cases by tracking down witnesses and gathering evidence, Duby said.

Regan formerly was the department’s only detective and her time was occupied with major crimes, leaving her little time to do follow-up as well, Duby said.

Since Duby joined the Baker City Police Department as lieutenant in October when he retired from the Oregon State Police, he has been working to revive the narcotics enforcement team.