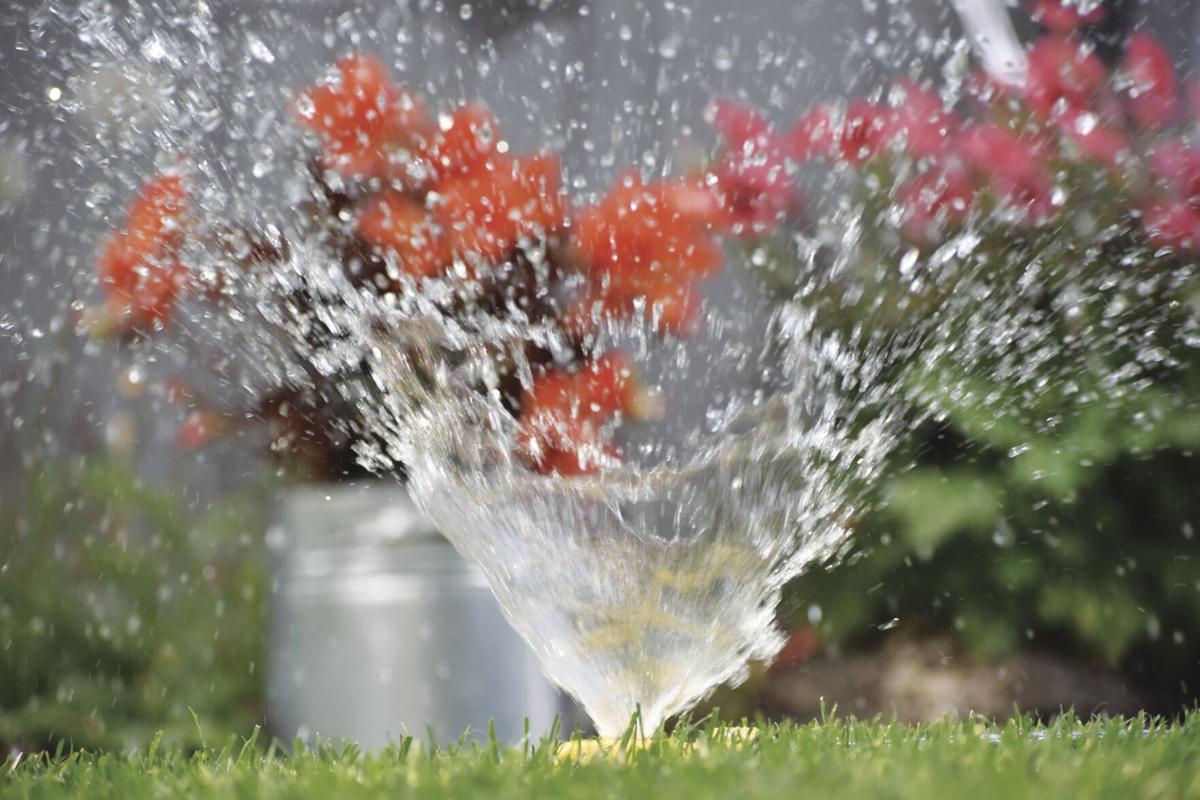 Baker City officials are asking residents to cut back on outdoor watering during this summer’s drought. 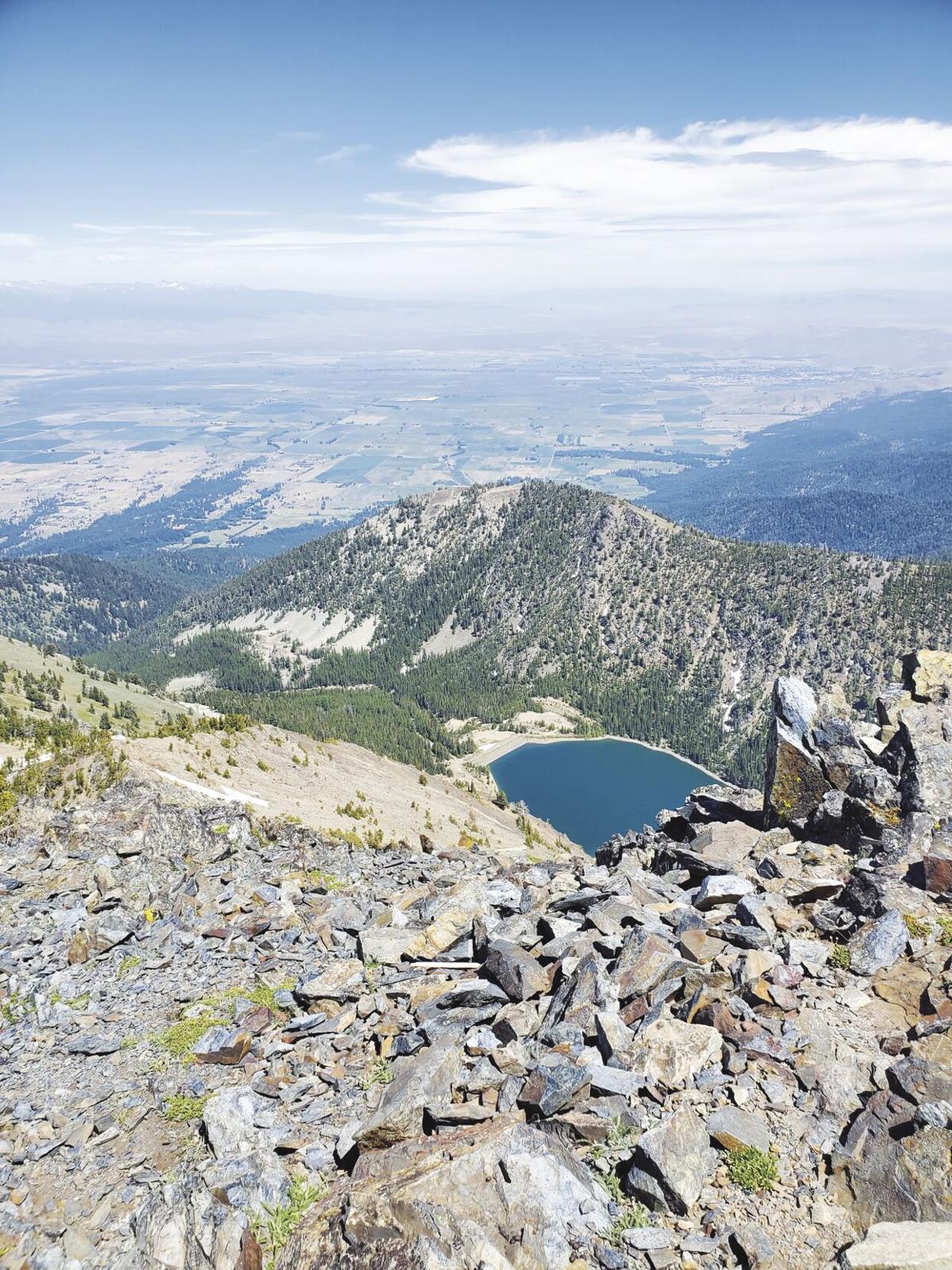 Goodrich Lake, seen here from the summit of Elkhorn Peak on June 19, 2021, is one of Baker City’s two supplementary water sources. 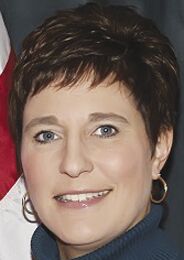 Baker City officials are asking residents to cut back on outdoor watering during this summer’s drought.

Goodrich Lake, seen here from the summit of Elkhorn Peak on June 19, 2021, is one of Baker City’s two supplementary water sources.

Michelle Owen is worried about water, and she wants Baker City residents to worry too.

More to the point, she wants them to keep their outside faucets closed more often than they have been doing during this summer of drought.

And for the past couple weeks, since a historic heat wave started smothering the region (see related story below, at right), Owen has been tracking two troubling trends in the city.

We’ve been using a lot of water at the same time the city’s supply of that most precious commodity has been dwindling.

The math is pretty simple, she said.

“We can’t do this the whole summer,” Owen said on Thursday, July 8.

“This,” meaning going through close to 5 million gallons of water each day.

For the first five days of July, the city’s use averaged 4.88 million gallons per day.

That followed a June in which the city’s overall thirst amounted to 129.9 million gallons, a 45% increase over the use during June 2020, and a daily average of 4.3 million gallons.

The usage rate so far in July is not sustainable, through the end of summer, based on the city’s water supply, Owen said.

“We cannot run all summer at 5 million gallons a day,” she said. “That’s what it comes down to.”

Under the third stage, the city would prohibit residents from using city water outdoors — for watering lawns or gardens or washing cars. The city could fine violators $500.

Owen emphasizes, though, that the city would impose such restrictions only if there was no other choice.

“I don’t want to get there,” she said, referring to the third stage. “But if we don’t do something now, we could. I’m not taking it off the table.”

With a goal of avoiding such a drastic step, the city will enact the second stage of the water curtailment ordinance on Monday, July 12.

The city announced the first stage — “alert status” — on June 28.

The city also asked some large water users, including the contractor who maintains city parks and Mount Hope Cemetery, as well as the city-owned Quail Ridge Golf Course, to cut water use by 30%.

The very next day, though, the temperature rose to a record 103 degrees at the Baker City Airport, and water use actually increased by half a million gallons from the previous day, Owen said.

That increase happened despite the golf course reducing its use by more than 30%, because its irrigation pump failed, she said.

Unlike the first stage, which is wholly voluntary and asks residents and businesses to curb their water use, the second stage includes specific restrictions.

The major one for residents is that they can use city water (private wells aren’t affected) to irrigate lawns and gardens only between 7 p.m. and 7 a.m.

Owen pointed out that irrigating during the middle of a hot day isn’t efficient, due to evaporation.

“It’s not very effective to water your lawn in the middle of a 100-degree day,” she said. “It’s wasteful.”

The water curtailment ordinance gives the city manager the authority to restrict outdoor watering either based on the time of day, or by allowing residents to irrigate on alternate days, based on whether their address ends in an odd or even number.

Owen said city officials, who met on Wednesday, July 7 to discuss the situation, chose the former option for a couple of reasons.

First, the schedule still gives residents a chance to irrigate when there’s daylight, either in the evening or the morning.

Second, the schedule is intended to reduce the water demand during the day, which allows the city to refill its reservoir overnight.

Owen acknowledged there’s a potential, with the 7 to 7 limit, for residents to leave their sprinklers on all night.

She encourages people not to do that.

But all else being equal, outdoor irrigation at night helps balance the water demand throughout the day, she said. The worst scenario is when irrigation demand is heavy during the daylight, which is normally the highest-use period since people are awake, flushing toilets and drawing baths and filling wading pools.

Another advantage of restricting outdoor water use during much of the daylight hours is that it allows public works employees to educate residents if they happen to see a sprinkler spraying in the middle of the day.

Owen emphasized that although the water curtailment ordinance allows the city to issue citations and fines under the second stage, the city doesn’t intend to do so.

If the city has to move into the third stage, however, the city would aggressively enforce the outright ban on outdoor watering that’s part of that stage, including issuing citations if warranted, Owen said.

Where does the city gets its water?

The heart of Baker City’s water supply for more than a century is a series of a dozen streams and springs, including Marble, Mill, Salmon and Elk creeks, that flow from the east slopes of the Elkhorn Mountains west of town.

The city diverts water from those sources into a gravity-fed pipeline.

Because the city’s daily water demand during summer usually averages around 4 million gallons — though it can reach 8 million gallons or more on especially hot days — the city needs to supplement the watershed with other sources.

One is Goodrich Lake, a natural alpine lake at the base of Elkhorn Peak for which the city increased the capacity by building a dam many decades ago.

Goodrich, which nearly filled this spring as usual, is holding about 200 million gallons.

The second supplementary source is a well.

The city has a state permit — the first of its kind issued in Oregon, about 15 years ago — that allows the city to divert water from the watershed into the well during the winter and spring.

That mountain water in effect becomes a second, albeit underground, reservoir.

The city started using well water this year on July 1 — at least a few weeks earlier than usual, Owen said.

(Even when the mountain water has been pumped out of the well, the aquifer will produce water. But Owen said it doesn’t produce as much water, and the well water tends to have higher concentrations of iron and manganese, which can stain clothes. The well water meets drinking water standards, but Owen said she prefers to use the well to draw mountain water. That’s one reason the city applied for the state permit.)

As for Goodrich, Owen prefers to wait until Aug. 1 to start using that 200-million-gallon source, but she said she’ll almost certainly have to tap Goodrich during July this year.

Owen’s trepidation about the recent usage rate of about 5 million gallons per day comes down to what amounts to a liquid ledger.

On the demand side, if the city continued at its current rate, the city would need at least 400 million gallons of water through the end of September, when demand generally drops substantially with cooler weather.

Based on a reasonable estimate of how much water the city can produce from all its sources, Owen said that level of demand leaves the city with a very thin cushion — thin enough that an unexpected problem, such as a mechanical failure with a well pump, could quickly put the city into a dire situation where it simply can’t meet the water demand.

“I can’t make more water — there is no other water coming,” she said.

Owen points out, though, that making a significant change to that balance sheet doesn’t require people to make drastic changes.

If everyone who irrigates a lawn or garden adopts modest changes to reduce their water usage — irrigating in the evening or early morning to minimize evaporation, for instance — the city can easily cut its daily use from the current 5-million-gallon range to less than 4 million gallons.

Indeed, that’s usually what happens during the summer if daytime temperatures drop into the 70s or low 80s, or a thunderstorm brings a torrential downpour, Owen said.

If the city cuts its daily use by 1.5 million gallons per day through the end of September, that equates to an additional 120 million gallons available, which thickens that supply cushion.

“That would make a significant difference,” Owen said, describing the 3.5 million-gallon daily average usage as a “nice goal.”

The city’s water supply situation will improve significantly by this time next year, when its new well will be available.

The city hired a contractor to drill that well in 2020 and earlier this year, but installation of a pump and construction of a well house will take place during the current fiscal year, which started July 1, Owen said.

The city spread the project over three years — the first year was for design work — to avoid having to borrow money, she said. The City Council raised water rates over a few years to raise money for the new well.

Owen said the well will produce up to 2.5 million gallons per day, and the city, as with the current well, will be able to divert mountain water into it.

“We cannot run all summer at 5 million gallons a day. That’s what it comes down to.”

I saw the forecast years ago. This is going to be bad. It's going to be bad for farmers and ranchers. It's going to be bad for everybody, period. Private wells are all fine and good, but eventually they're going to run dry as the drought continues for the foreseeable future. I did see a note today that the coming winter might be a snowy one because of a developing El Nino system. This would be good news, but not enough to remove us from drought status. This is something that will take years to pull out of and it may very well not happen in our lifetimes. It's a scary thing to contemplate, but this is affecting most of the west. We should prepare for the worst. Because it means most everything around here is going to burn at some point. And limited water to put it out. This drought could end life as we know it here...