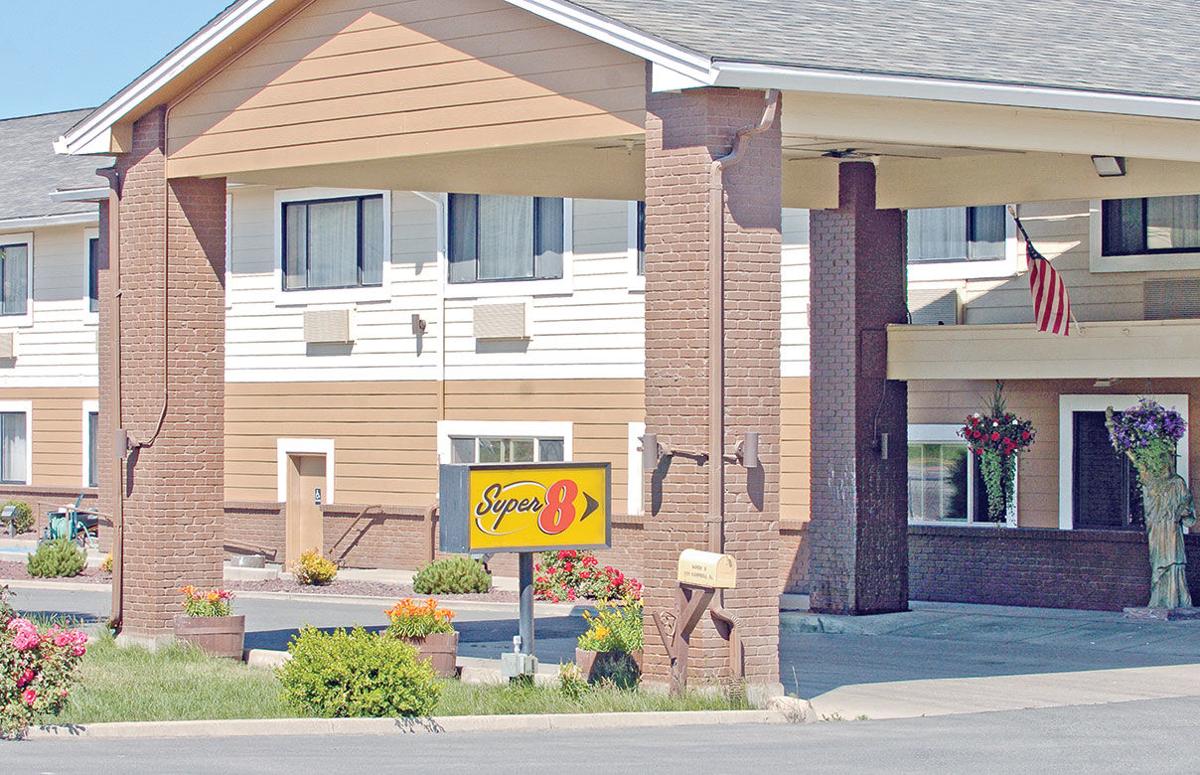 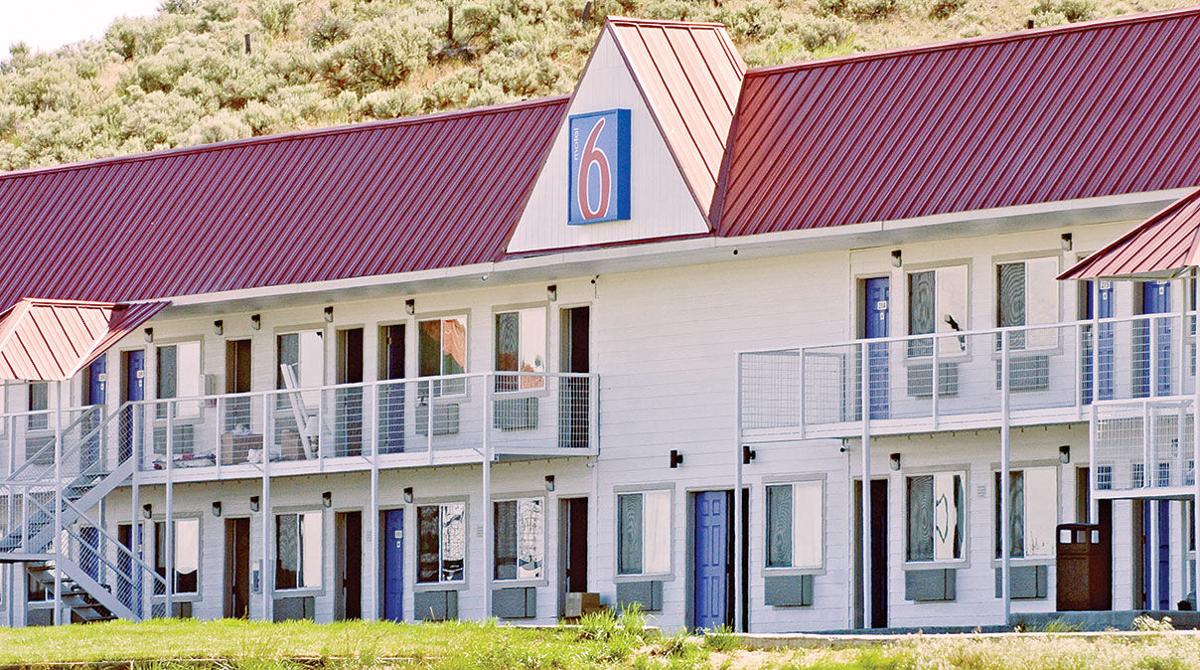 S. John Collins / Baker City HeraldMotel 6, at 250 Campbell Street, is east of the Super 8 and was formerly the Always Welcome Inn.

S. John Collins / Baker City HeraldMotel 6, at 250 Campbell Street, is east of the Super 8 and was formerly the Always Welcome Inn.

The Baker City Fire Department on Monday closed the Super 8 motel and Motel 6 in Baker City after inspectors found that the fire alarm systems had been intentionally disabled at both motels, and that the sprinkler system was partially dismantled at the Super 8.

“These system disablements pose a significant life safety risk to occupants of the motels, particularly guests that sleep in these facilities,” Baker City Fire Chief John Clark said in a press release Tuesday.

Clark said both motels, which are owned by the same group and which between them have 112 rooms, will remain closed until the owners have corrected all the violations of the Oregon State Fire Code.

Clark said the owners brought in a contractor from Meridian, Idaho, to look at both motels Tuesday, but that corrective work had not started.

On Tuesday afternoon Christina Scott, public relations manager for the motels, sent the Herald a statement from the owners.

“We at the Super 8 and Motel 6 want to express our concern for the Baker community and the guests we serve,” the statement reads. “We want to thank the fire chief and city officials for informing us of the possible danger our hotels faced. We keep safety as priority one at all of our properties and we are doing everything in our power to remedy this situation as quickly and efficiently as humanely possible. We want to assure our fellow Baker tourism businesses, we will not allow this to affect upcoming events and meetings. We have been striving to be beneficial to all of our tourism family. We want to thank the community for your support and understanding during this time! We will be back in full operation and serving the community in no time.”

Clark said he can’t estimate how long it might take to fix the violations, although he believes the problems at the Motel 6 (formerly the Always Welcome Inn, at 175 Campbell St.) would be simpler to rectify.

“I don’t see the Super 8 as being a quick fix,” Clark said in a Tuesday

The issues at the Super 8, a 72-room motel at 250 Campbell St., are more complicated because that motel, which was built in 1991, has a sprinkler system, Clark said.

(Motel 6, which has 40 rooms and was built in 1997, was not required to have a sprinkler system in part because all its rooms have exits to the outside, Clark said.)

Clark said he has given the owners a list of work they need to do before the motels could reopen.

“They have a clear path on what they have do to,” he said.

Clark said he will be available at any time to inspect any work done at the motels.

“We’re not going to hold them up,” Clark said.

The Super 8 has both a wet and dry fire suppression system, Clark said.

Somebody removed parts from the systems, including piping that allows firefighters to connect to the sprinkler system and keep water flowing through it during a fire, he said.

Clark, who has worked in the fire service for 40 years, said he has seen cases in which a building owner disabled parts of a fire suppression system.

But the four-inch hole in the wall at the Super 8, where the connection for the fire department had been removed, was a first in his career.

Clark said an individual, whom he declined to name, contacted the Fire Department Monday morning to report potential violations at both motels.

Clark said that within an hour or so he was en route to inspect both businesses. Casey Kump of the Oregon State Fire Marshal’s Office was also involved in the inspections, Clark said.

He said he discovered during the inspections the precise violations that the complainant had mentioned.

Hogan: Trump message is 'opposite' he should give

At the Motel 6 someone had turned off power to the fire alarm system, Clark said. The breaker panel is in an area not accessible to guests or the public, he said.

At the Super 8, wiring that’s part of the alarm system had been removed, Clark said.

With those systems disabled, had a fire occurred the alarm would not have notified the Fire Department, and at the Super 8 the sprinkler system would not have turned on.

He said the most recent inspections at the Super 8 and Motel 6 did not turn up the violations that he confirmed on Monday. Clark didn’t have the dates of those inspections but he said they happened approximately one year ago.

Super 8 is owned by DK Hotel Management LLC, and Motel 6 by Gurmaa LLC. Suraj Prashar is listed as the registered agent for each of those corporations, according to filings with the Oregon Secretary of State’s Corporation Division.

Due to the common ownership, Clark said he also inspected The Sunridge, which has been undergoing extensive renovations over the past year or so, on Monday.

He said the Sunridge’s fire suppression and alarm systems were working. Clark said only one of the five buildings in the Sunridge complex was built at a time when a sprinkler system was required.

Clark said he found a violation related to propane being stored inside a commercial building, but the owners have 30 days to correct that problem, which he described as minor.

Clark said that based on his interviews with the complainant and with people who had been hired as contractors at the Super 8 and Motel 6, he believes that management at both businesses was aware of the violations between 2 months and 2 weeks prior to the complainant’s call to the Fire Department on Monday.

“The owners declined to do anything,” Clark said.

Once they were aware of the problems, the owners should have contacted the Fire Department, Clark said. Had they done so, he said, it’s possible, though not certain, that at least the Motel 6 could have continued operating while the owners worked to fix the violations.

The problems at the Super 8, being more complicated, probably would have mandated its closure even if the owners had notified the Fire Department before the complainant did, Clark said.

He also believes that unqualified people did work on the safety systems at both motels.

Clark said the smoke detectors at the Motel 6 are not compatible with the alarm system.

Clark said he understands that the closure of two motels, at the start of the busiest tourism season in Baker County, will negatively affect the economy.

He said the city’s goal is to correct the violations and allow both motels to reopen as soon as possible.

But Clark emphasized that the city can’t force the owners to do anything. The city’s leverage lies in its authority to keep the motels closed until the violations are fixed.

Clark said it’s possible the city could impose fines on the motel owners. He said fines typically are levied for violations that don’t require the businesses to be closed, however.

Jayson has worked at the Baker City Herald since November 1992, starting as a reporter. He has been editor since December 2007. He graduated from the University of Oregon Journalism School in 1992 with a bachelor's degree in news-editorial journalism.