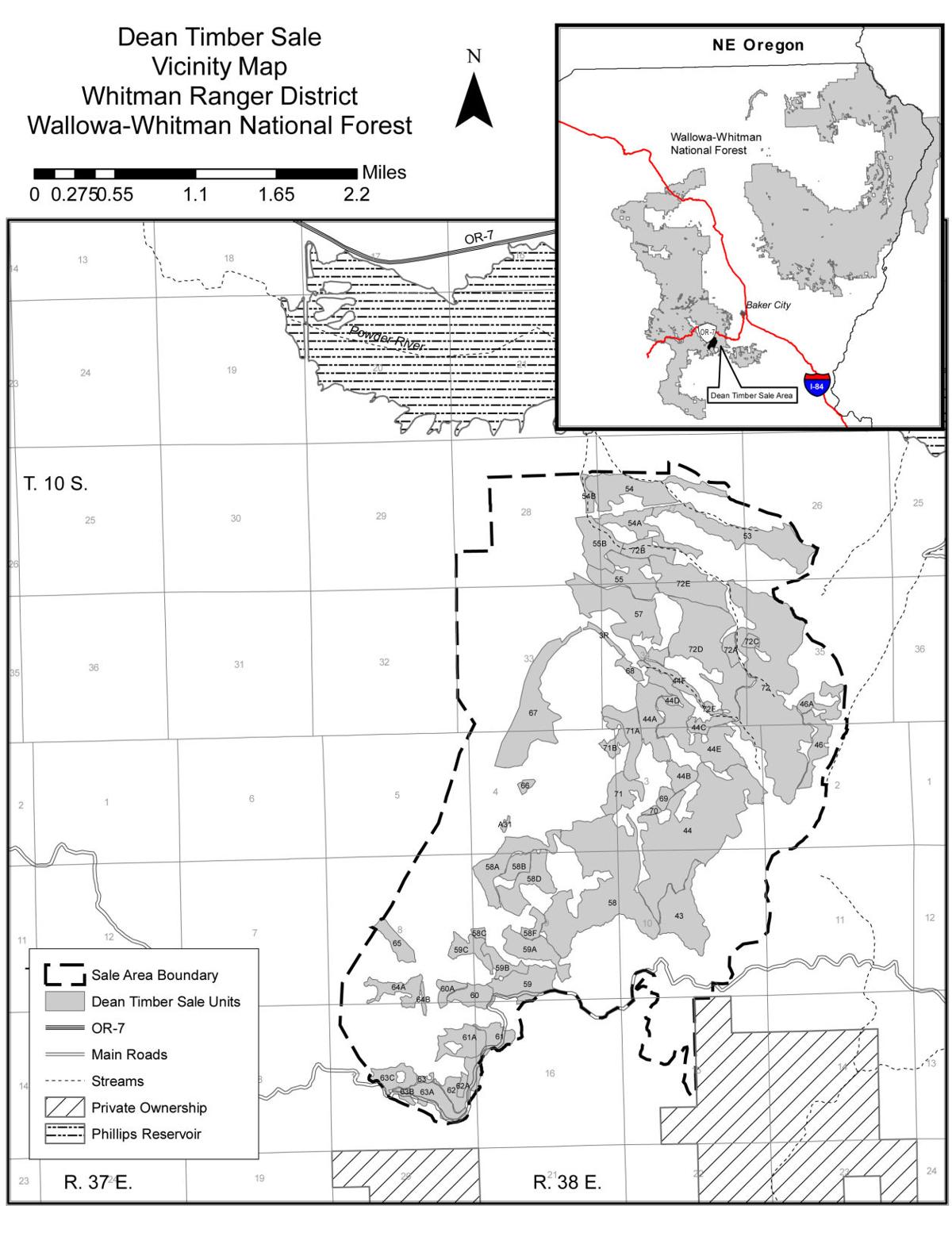 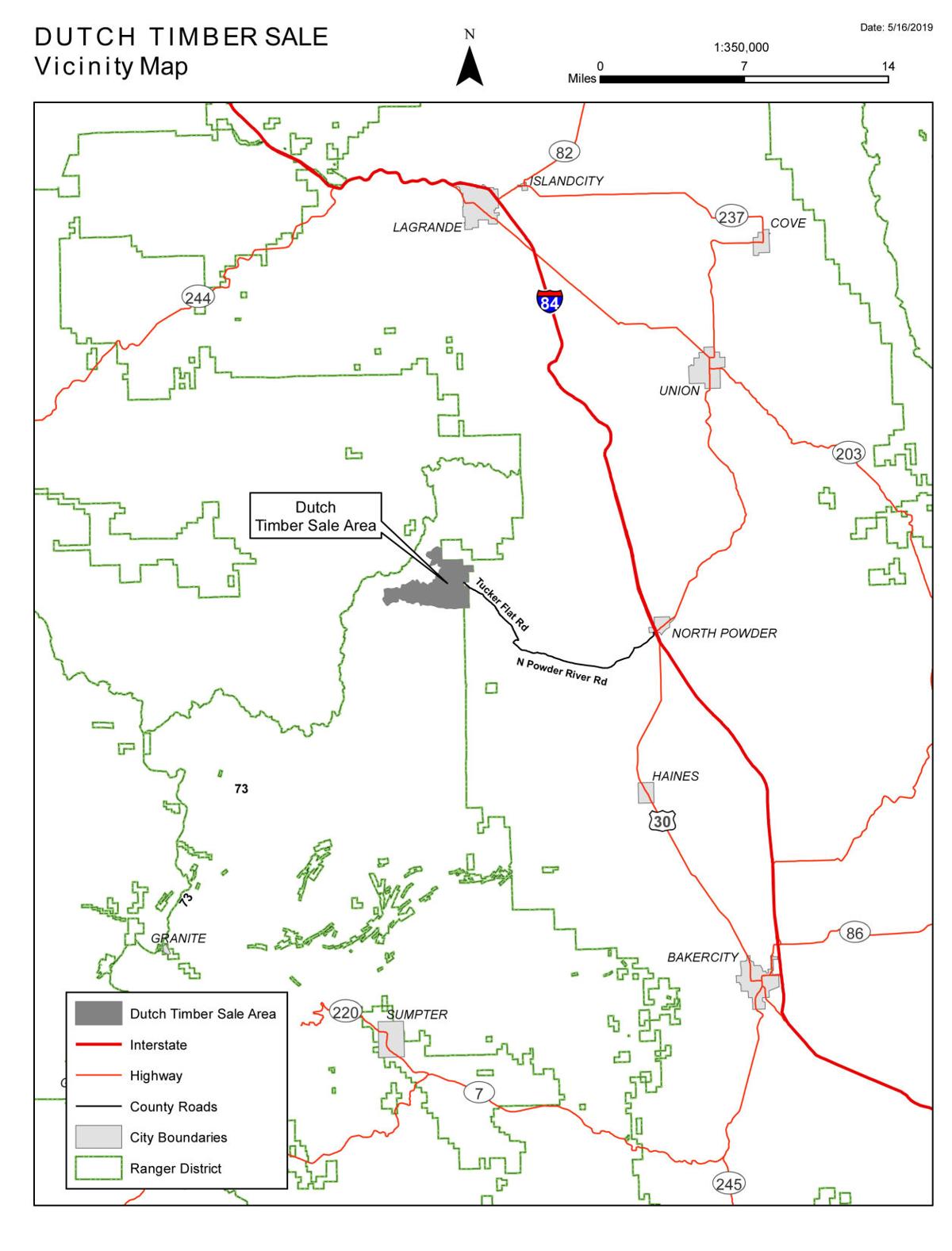 The Wallowa-Whitman National Forest is slated to award contracts for a pair of timber sales, large by the standards of the past couple of decades, for a total of $602,000.

The Wallowa-Whitman announced Tuesday in a press release that Boise Cascade Wood Products is the apparent high bidder for the Dean timber sale near Phillips Reservoir. It’s by far the larger of the pair, including an estimated 13.6 million board-feet of timber from 2,435 acres.

Iron Triangle LLC of John Day is the apparent high bidder for the Dutch timber sale, in the Wolf Creek area northwest of North Powder. The Dutch sale includes an estimated 5.1 million board-feet of timber from 575 acres.

The Dean and Dutch timber sales represent 70 percent of the Wallowa-Whitman’s planned timber sale program for fiscal 2019, which ends Sept. 30.

Forest officials expect to officially award contracts for both sales later this summer.

Once contracts are awarded, the purchasers will have five years to complete timber harvest and related activities. This includes rebuilding or maintaining 73 miles of roads, along with culvert replacements where necessary.

The Dean sale, named for Dean Creek, which flows into Phillips Reservoir, is the largest in a series of timber sales in the Black Mountain area, said Matthew Bailey, the Wallowa-Whitman’s silviculture and timber program manager.

The previous and current logging in that area has taken place below Mason Dam and along the Black Mountain Road. Bailey said the Dean sale is west of those.

Most of the trees slated to be cut are ponderosa pines, with smaller volumes of Douglas-fir and white fir trees, Bailey said.

The estimated breakdown by species:

Hogan: Trump message is 'opposite' he should give

• Logs that can’t be made into boards, suitable for biomass or chipping — 665,000 board-feet

The Dutch sale is in a much different type of forest, one dominated by lodgepole pines, Bailey said.

The predominance of that species results from a 1960 wildfire that burned about 20,000 acres in the area. Lodgepole pine cones generally release their seeds only after they’re exposed to fire, so the species tends to rapidly recolonize burned areas and can form dense, nearly pure stands.

The goal with the Dutch timber sale is to create gaps in the relatively dense lodgepole forest, and, by planting tamarack and ponderosa pine seedlings, to create a more varied stand, Bailey said.

A mixed species forest can be more resistant to insects such as pine beetles that can decimate nearly pure stands of lodgepole pines, he said.

The Dutch sale is part of the long-term East Face project, which includes timber sales and prescribed burning on federal, state and private lands along the east face of the Elkhorns mainly from the Anthony Lakes Highway north toward La Grande.

A 2015 environmental assessment for the East Face project by the Wallowa-Whitman projected that multiple timber sales would produce about 16.4 million board-feet of timber.

The estimated breakdown by species:

• Logs that can’t be made into boards, suitable for biomass or chipping — 947,000 board-feet

Jayson has worked at the Baker City Herald since November 1992, starting as a reporter. He has been editor since December 2007. He graduated from the University of Oregon Journalism School in 1992 with a bachelor's degree in news-editorial journalism.