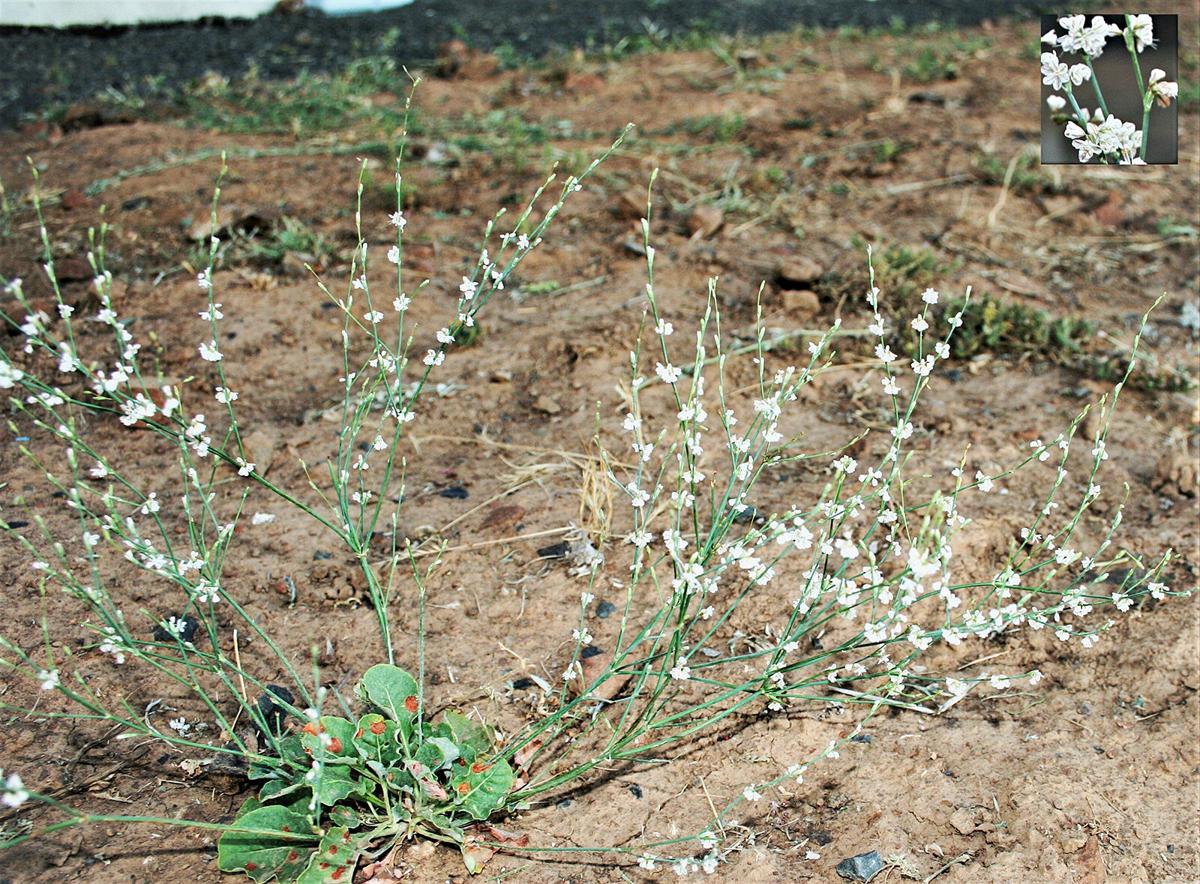 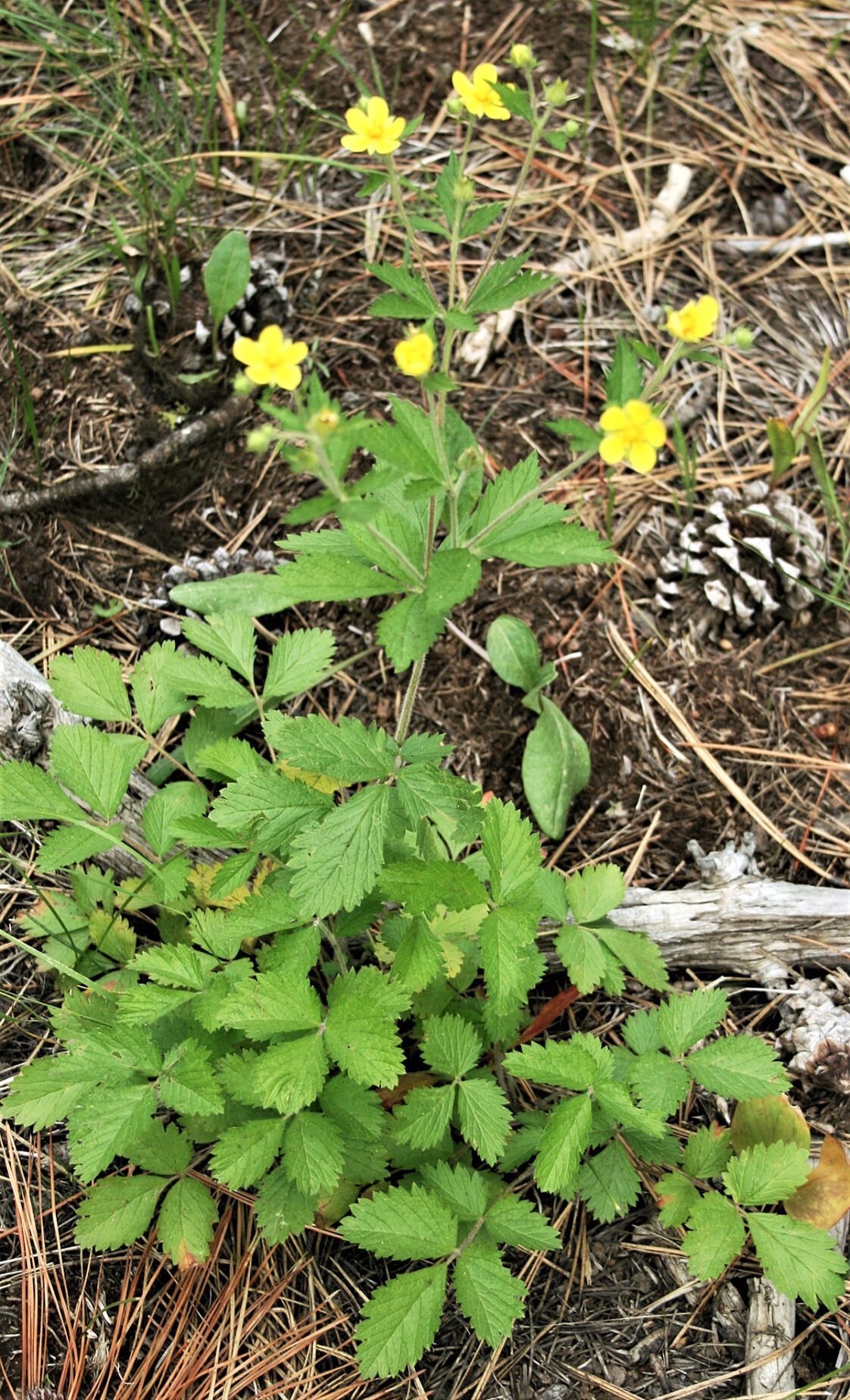 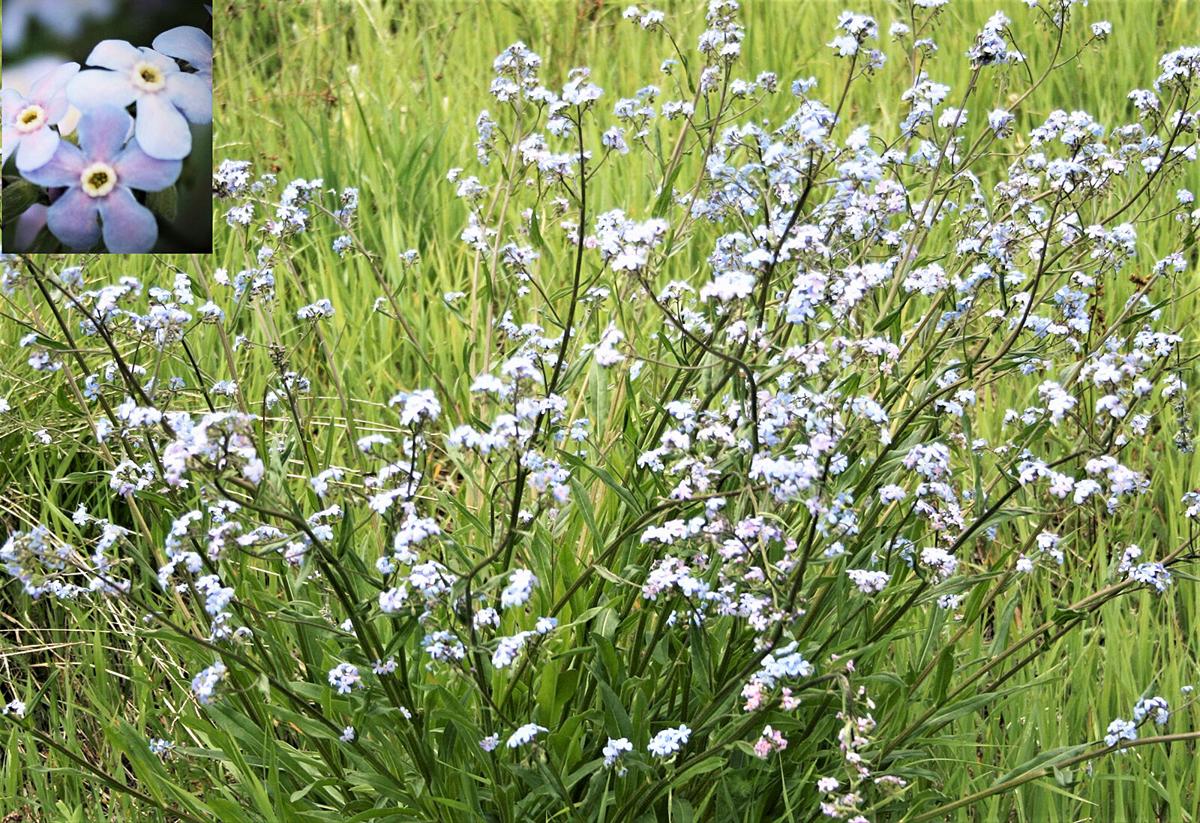 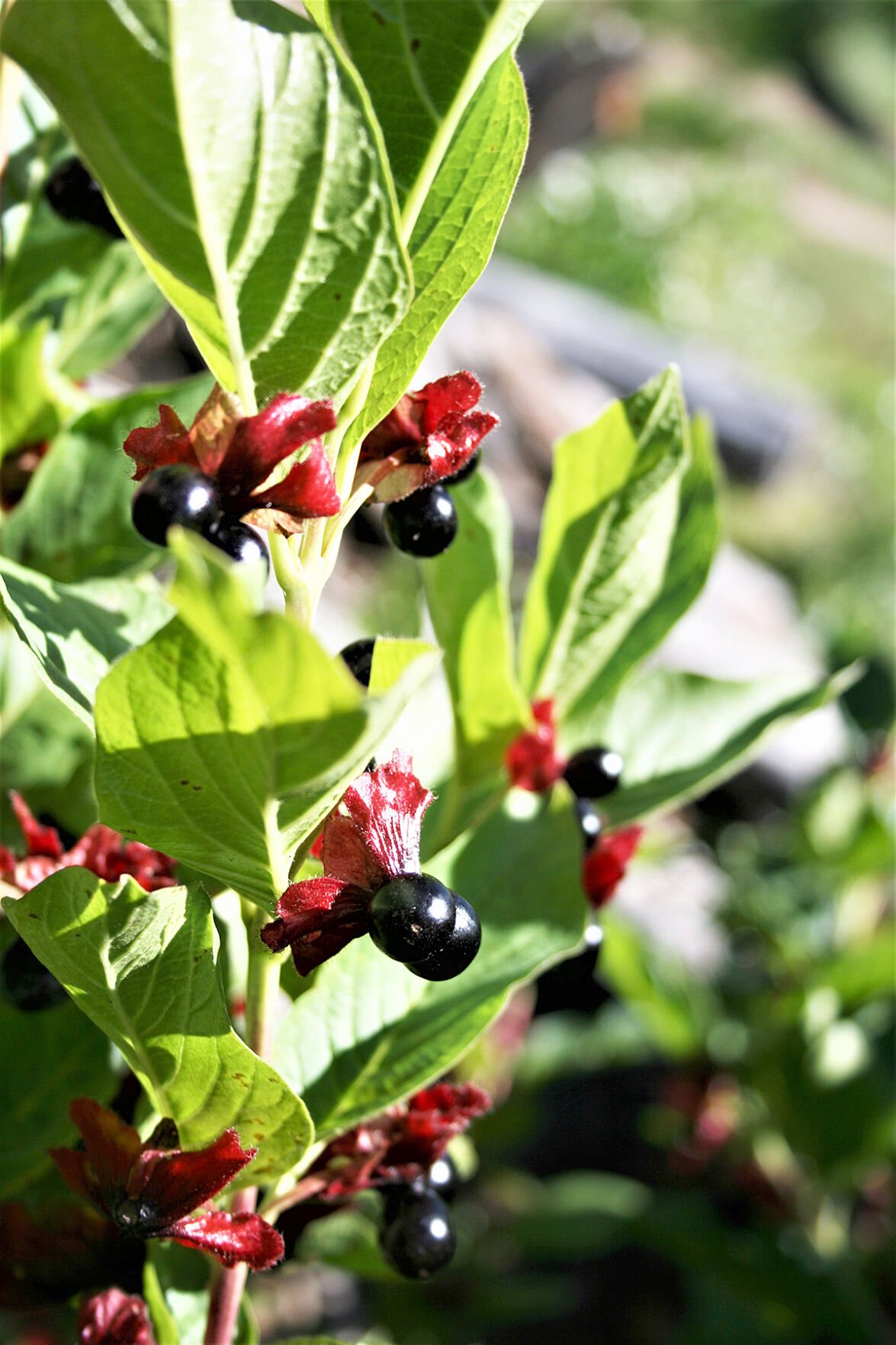 The plants in today’s article are among those still worth finding in the late summer.

Bailey’s buckwheat (Erigonum baileyi): This interesting annual plant starts appearing in late spring, grows slowly, blooms mid-summer, and continues to add branches and size, blooming into the fall. A few tiny, cup-shaped white flowers are borne in tiny cylindrical cups at each stem joint. The leaves are all at the plant base, with round blades. Around bloom time the overall plant is around 6 inches high and wide, eventually becoming as large as over a foot tall by fall. The plant ranges from Central Washington to California and Nevada, in deserts, sagebrush areas or pine forests. Some tribes have used the plants for medicine, and the seeds as food and for a beverage.

Herb bennet (Geum urbanum): Geum urbanum, a member of the rose family, is not very showy, about 1-2 feet tall, and is often bypassed and mistaken for a cinquefoil. The flowers have five petals, five sepals interspersed with five small bracts, and produce a head of seeds that have a long hook at their tips. The leaves have three or five leaflets with teeth on the edges, and the leaves are about the same size at the plant base as above. The plant is from Eurasia, and is now growing in scattered places in the U.S., including the Blues. I don’t know of any use by Indian tribes. Europeans used crushed roots to treat sore throats and diarrhea.

Blue stickseed (Hackelia micrantha): Blue stickseed is known from Alaska and Southwest Canada and from California to Colorado, in moist or wet places from foothills to high elevations. It is about 2 feet tall, densely branching, with narrow lance-shaped leaves. The flowers are typical of ‘forget-me-nots’ with five blue rounded petals and a raised white ridge around the center. The fruit are small spheres covered with sharply barbed spines. Though other Hackelia species have been used by various tribes, this plant is apparently not one of them.

Black twinberry (Lonicera involucrata): This honeysuckle is quite different than other honeysuckles. It is a robust, erect, rounded bush reaching up to 17 feet. The oval leaves have deep veins. The flowers, blooming in the spring, are yellow, bell-shaped, and borne in twos (as with all honeysuckles), and so the shiny black berries are also in twos. Other honeysuckle plants have sweet nectar one can suck from the flowers, but this is not recommended for black twinberry. Several tribes have considered the plant poisonous, and used the plant for medicinal purposes. The berries also produce a purple dye.