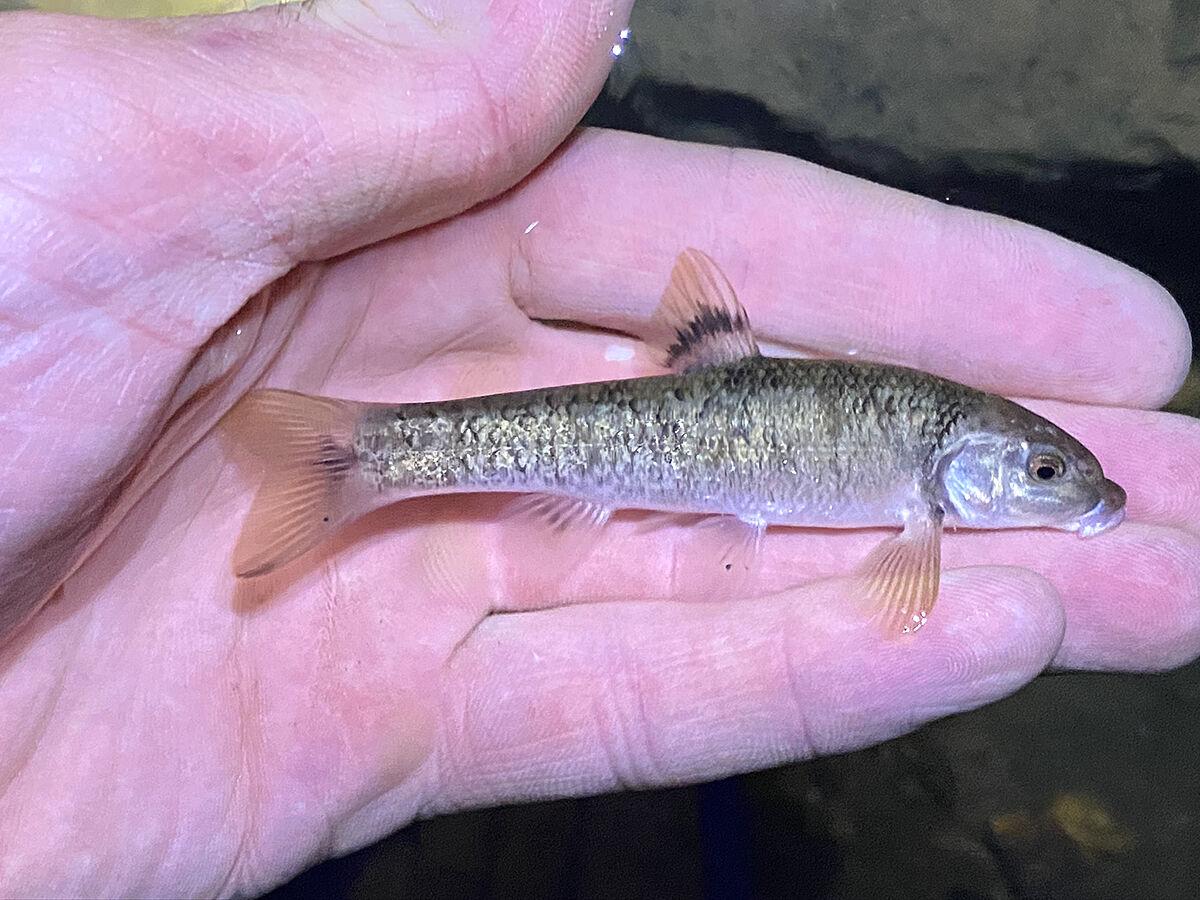 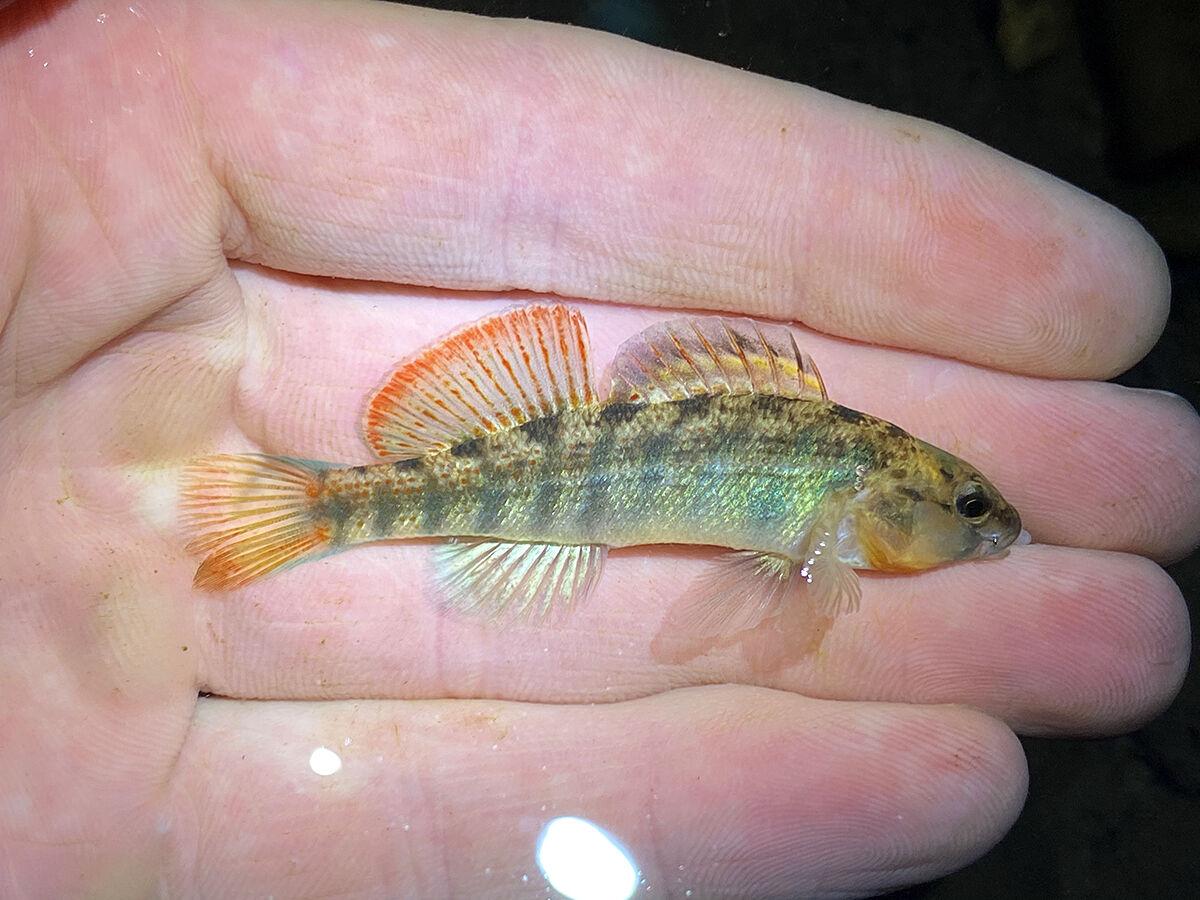 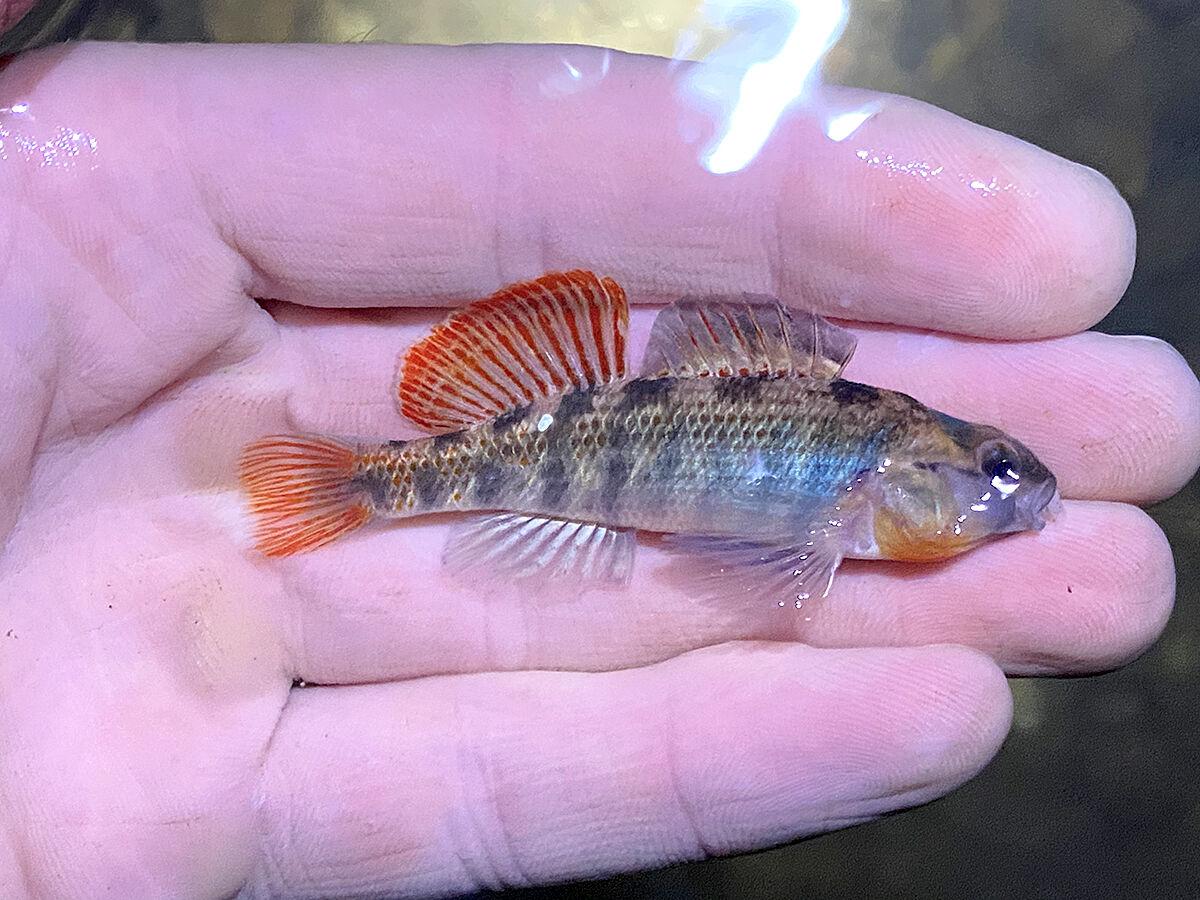 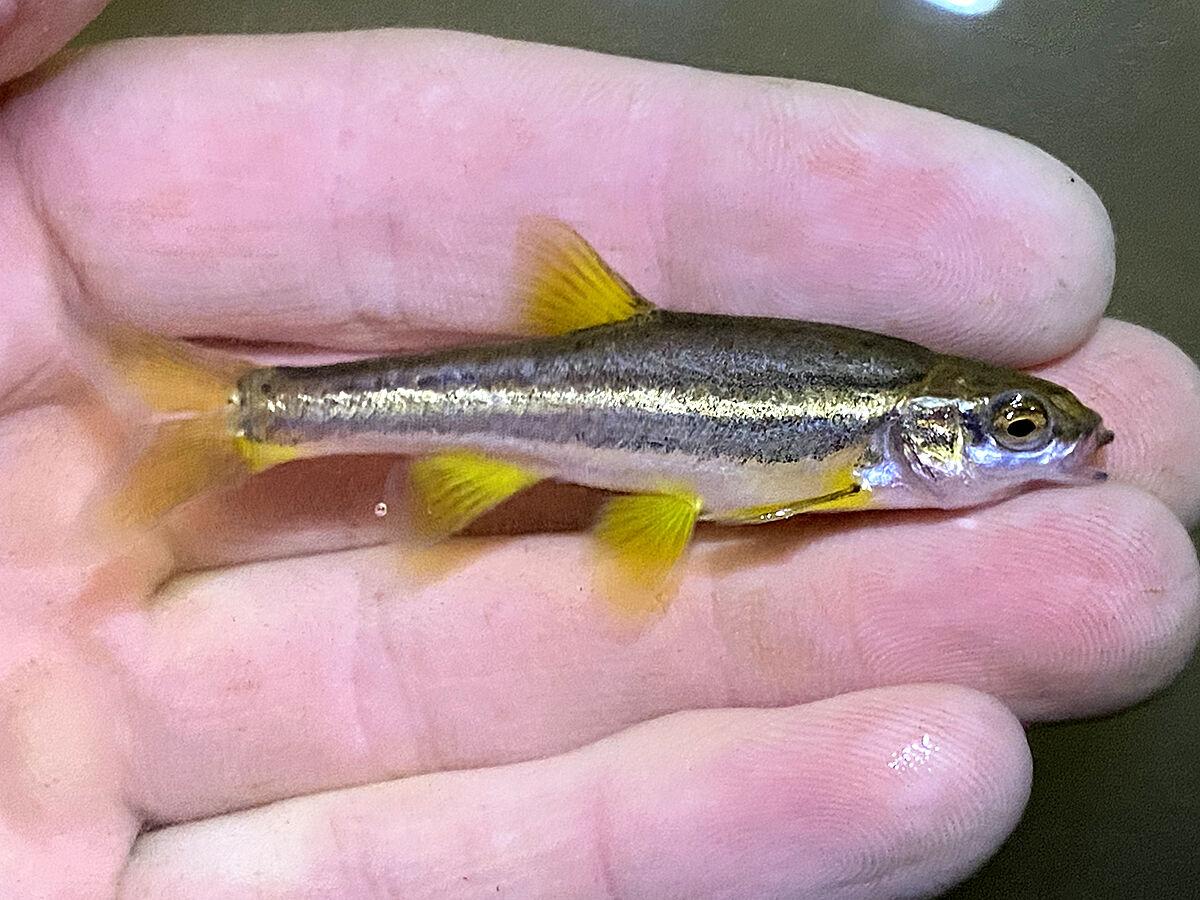 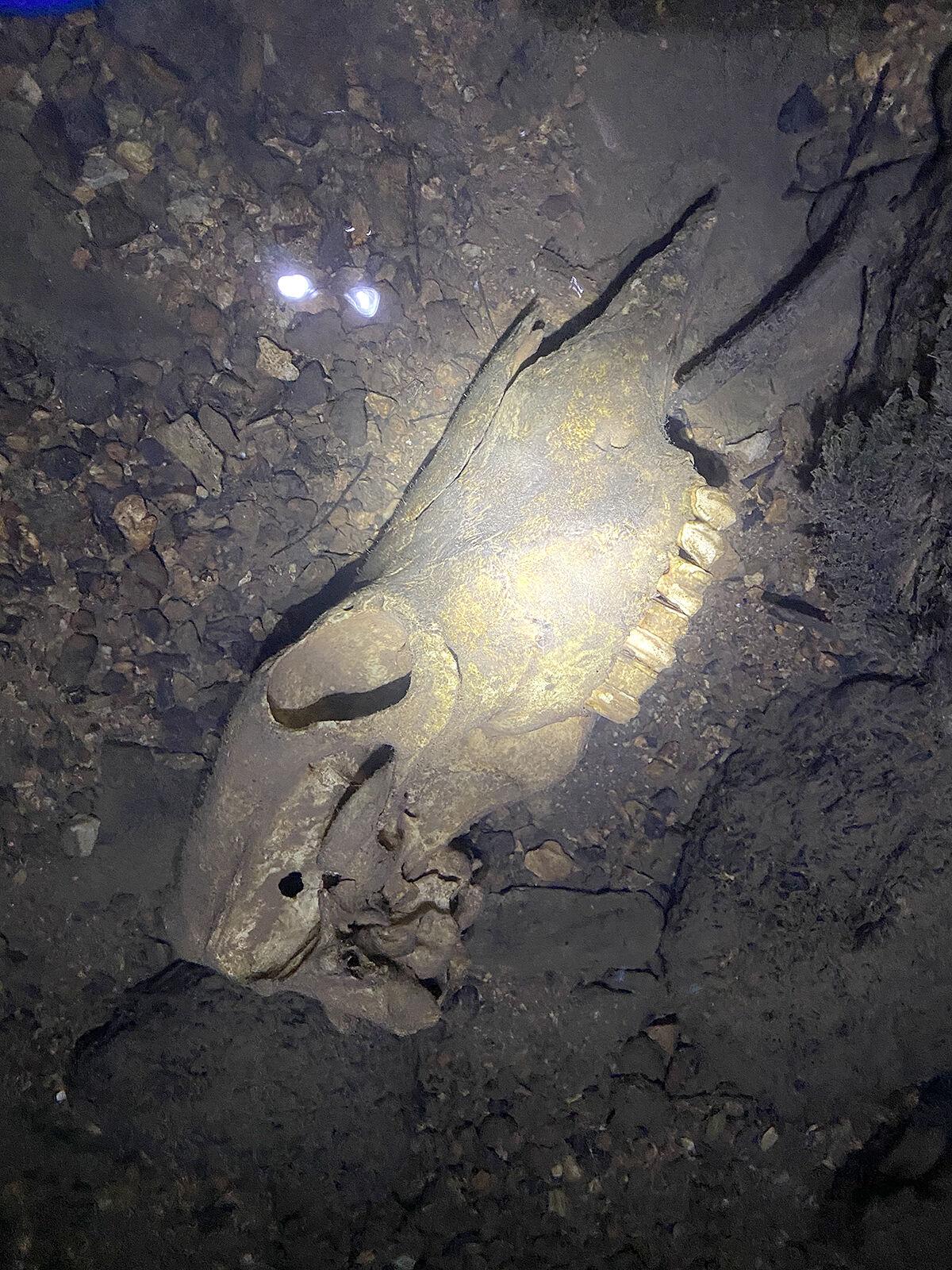 Animal skulls like this one can create habitat for fish.

Animal skulls like this one can create habitat for fish.

HARRISON, Ark. — I drove past the water tower with the words “Trout Capital of the World” boldly stacked along the full height of the blue metal. The White River may be home to the world record brown trout, but I stifled a laugh nonetheless as I was reminded of a quote from one of my favorite movies, “The Secret Life of Walter Mitty,” in which a famous photographer says, “Beautiful things don’t ask for attention.”

Hours down the road, I came to a small town called Harrison. Its water tower held no lofty claims, but it was still clearly influenced by the White River trout fishery with “River Access” signs, tackle shops and a low-lying blanket of evening mist reminiscent of my native Pacific Northwest rainforest.

Alternately fishing and driving all day, I was equal parts exhausted and stir-crazy. I was on my eternal #SpeciesQuest, traveling across the country trying to catch as many species of fish as I could, but the Ozarks had been riddled with bad weather, and it had dampened my clothes and my spirits. The year before, I’d picked up 20 new species on a pass through, but I had only six this time around, and comparison bias was in full swing.

Darkness fell hard, but I wasn’t ready to sleep, so I opened my Maps app and began looking for roads that crossed bridges.

Wherever flowing water passes under a road, there is typically stream access. It might be rough-and-tumble, overgrown and occupied by the sleeping homeless, but it’s usually less vegetated than the surrounding riverbank, the water is deeper and the bridge pilings — however small — provide structure for fish.

So when flying blind, I look first at Fishbrain’s Catch Map and second for bridges.

The first was a small park with a walking path, but thick vegetation walled off any water access. Next, I tried and failed at a small suburban bridge crossing where the creek was completely dry.

My third and self-imposed final stop brought me to a relatively busy highway. It was the same creek I’d just found dry but miles away from the desiccated streambed. There was a warehouse about a quarter mile from the creek that provided the only nearby parking. Figuring it would probably be dry and weighing the inconveniently far walk in the rain, I almost didn’t stop.

I hoofed it to the bridge and was pleasantly surprised to see clear, flowing water. It took a peek at all four corners of the bridge before finding a hole in the lush greenery through which I could slide. Ambling down the bank, I lost my footing and fell in love with the spot.

Arkansas is the south. Even up in the Ozarks, I was sitting at a latitude somewhere between Las Vegas and Los Angeles. That far south, even inland and up in elevation, it’s hot. Water tends to be warm, and the White River stays cold enough for trout thanks in large part to numerous icy, spring-fed tributaries along its length.

The creek I’d found was one such creek. Though it was mostly dry without heavy rains, it held an icy spring that kept a stretch of stream some 200 yards long full of cold, clear water. In that tiny pocket, hundreds of fish persisted.

I was thrilled to find a host of native fishes, including longear sunfish, central stonerollers, banded sculpin and the strikingly beautiful southern redbelly dace and Ozark darter.

With my headlamp shining light on the subject, I used my ultralight tenkara rod and absurdly small micro hooks to catch fish from 3 to 10 inches in length, including two new species: the southern redbelly dace and Ozark darter.

These dace are a vibrant contrast of silver, cream and lemon yellow, paired with red in spawning males. The Ozark darters, by comparison, are striking shades of blue, red, orange, ochre and bronze. Carefully, I photographed several specimens of each and released the beautiful little gems back into their pristine oasis.

It was still raining lightly, so I waited it out under the bridge for an hour, fishing all the while. Once it let up, I moved upstream to find a pool almost 10 feet deep, fed by a cascading, stepped limestone descent that was picturesque enough at night that I imagine it would be breathtaking by day.

Animal tracks along the bank of the tucked away urban stream seemed to confirm its popularity, as did the skull of a much larger animal laid to rest on the streambed that now served as cover for small fishes.

It was late, and I was tired, so I said a little prayer of thanks to God for guiding this weary traveler to such a wonderful oasis.———