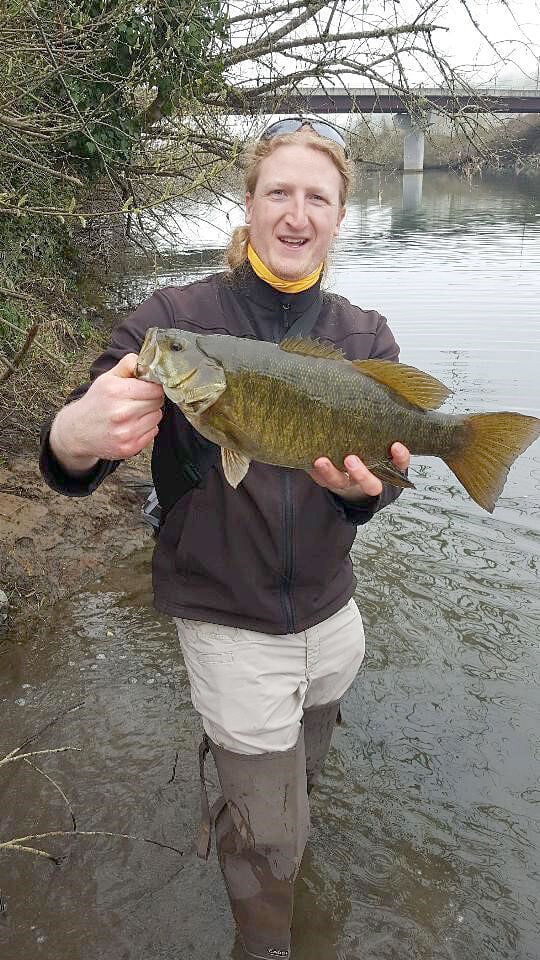 Nobody the author knows catches more big bass on hard baits than Alex Lindsey. He recommends a squarebill for late summer fishing. 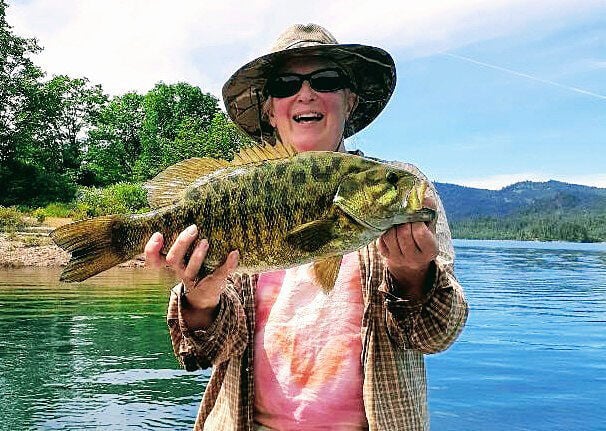 Now is the time to catch massive bass like this southern Oregon smallmouth that Kathy Lindsey reeled in this year.

Nobody the author knows catches more big bass on hard baits than Alex Lindsey. He recommends a squarebill for late summer fishing.

Now is the time to catch massive bass like this southern Oregon smallmouth that Kathy Lindsey reeled in this year.

It’s no secret that treble hooks represent a greater threat to fish than single hooks. With three hooks in one, a treble is a much more efficient tool anglers can use against their quarry than the alternatives. That’s kind of the point. Well, points.

Certain species are especially averse to treble hooks because of their inherent frailty or physical makeup. Trout, for instance, are prone to devouring lures and will often be deeply and fatally hooked by treble hooks. Sunfish have the unfortunate (some may even say suicidal) combination of tiny mouths and massive aggression, causing them to thoroughly hook themselves on trebles and effectively cinching their mouths shut. Obviously bait fishermen of any kind know they shouldn’t use baited trebles for any fish they intend to release because of the propensity for fish to get gut-hooked if they swallow the bait.

Understandably, many anglers avoid fishing treble hooks altogether, and I can respect that choice. I can also respect trebles because of their uncanny ability to embed themselves in my fingers and clothing. Some consider using trebles to be unethical, and for some species, the argument stands.

But even choir boys can be found using trebles for bass.

Trebles and bass belong together certain times of the year, and nothing sounds quite as sweet as your reel singing in a perfect harmony of treble and bass.

Bass have large, durable mouths. While a trout or sturgeon or carp will often bleed at the point of hookup, bass rarely do. They lack the fleshy mouths of other popular freshwater game fish.

Their gills are deep in their throats and fairly well-protected, so they’re less likely to be terminally hooked by what other species fear as the triads of death. Without substantive teeth, bass crush their prey against the bony walls of their mouth with sheer force instead of relying on biting or chewing or tearing. In order to withstand crayfish claws and sunfish spines, a bass’ mouth has to be tougher than a buffet steak.

Some species of bass even have a tooth patch on their tongue or the roof of their mouth to provide extra traction and help hold the unfortunate prey item in place for the crushing bite.

Regardless, the added risk of a treble hook to larger bass is minimal. While anglers fishing for trout with trebles will kill a few fish every year, bass anglers can likely count on one hand the number of bass they’ve fatally hooked in a lifetime of angling.

Just because trebles are acceptable weapons against bass, it doesn’t mean they’re always the right solution. Opinions on what to use for bass and when to use it are as diverse as the anglers who chase the pugnacious predators.

When bass are on beds, for instance, I never use trebles — the risk of snagging fish is too high — but during late summer, when bass are deep and lethargic, I have to use different tactics. This time of year, finesse presentations and erratic, reaction baits tend to elicit the most strikes.

In fact, most of my go-to lures are going to be hard baits with treble hooks. You know, minnowbaits, squarebill crankbaits, lipless crankbaits and topwaters. My friend, Alex Lindsey, catches more hardbait bass than anyone I know, and he looks to squarebills this time of year to catch monster bass.

If a fish is lazy, you really need to entice it to bite, so why not tempt the lazy basstages with a big, easy meal? They may not be looking for treble, but you can help them find it.