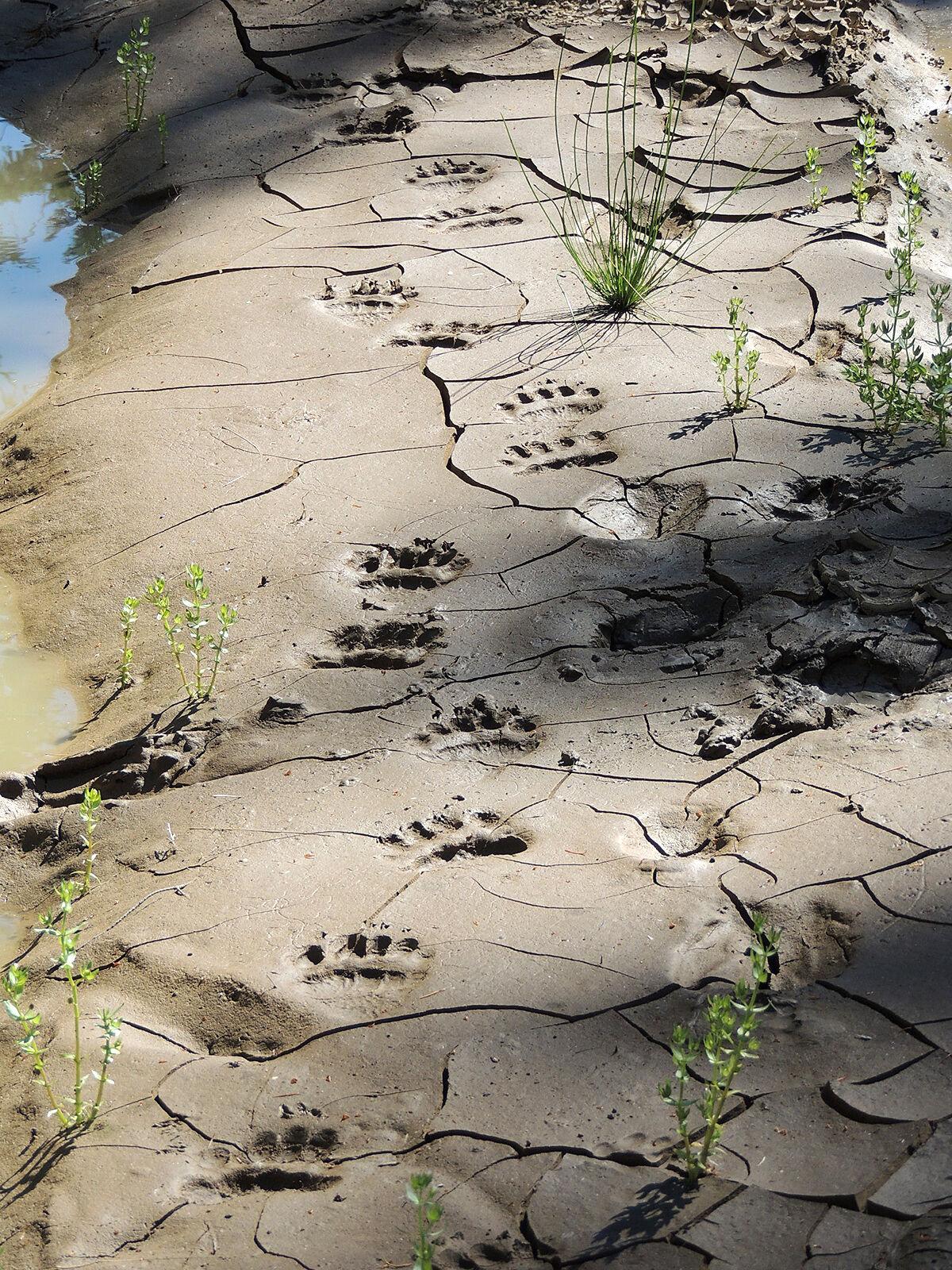 Bear tracks in a trail in early August. 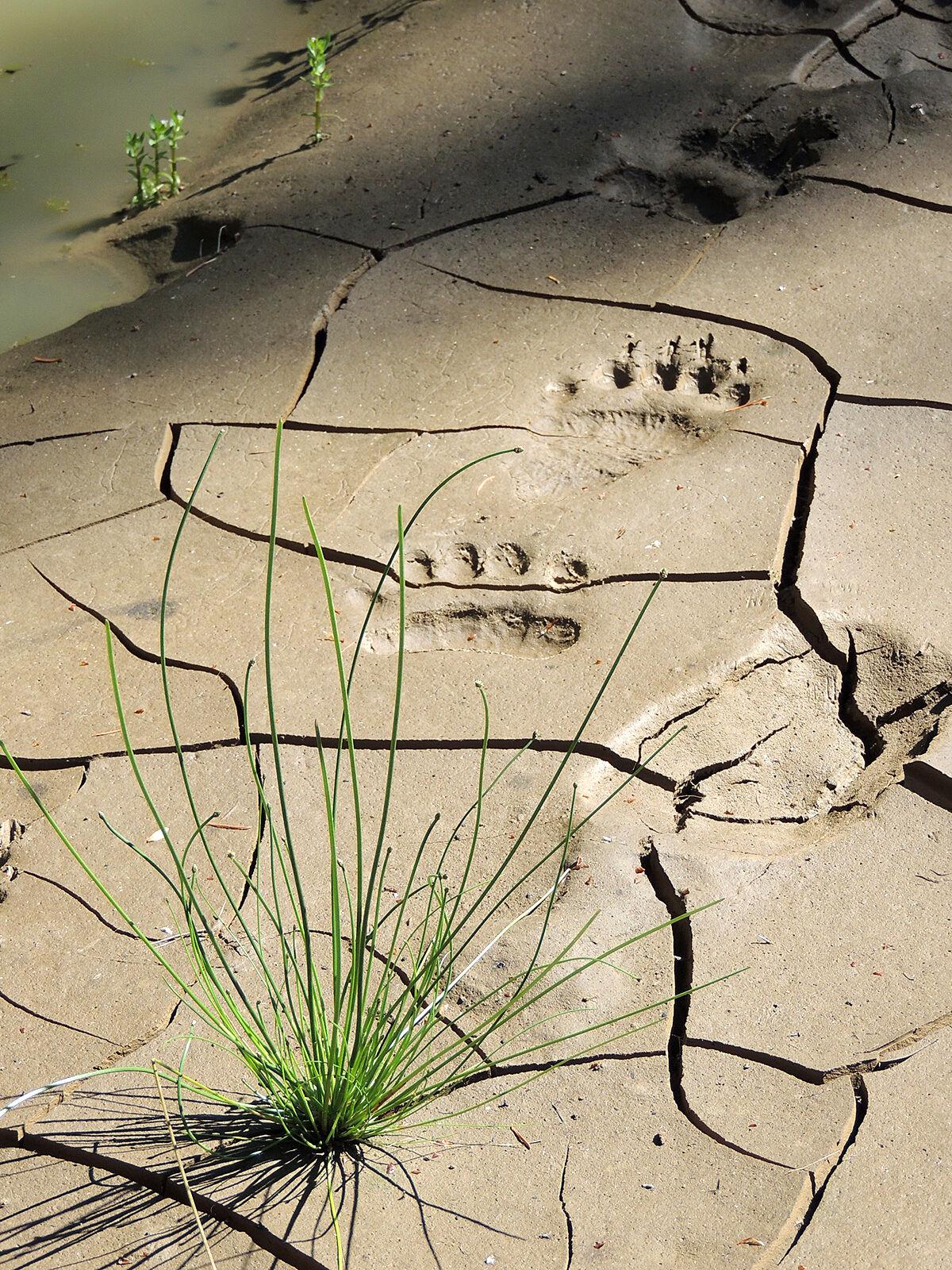 Bear tracks on a trail in early August. 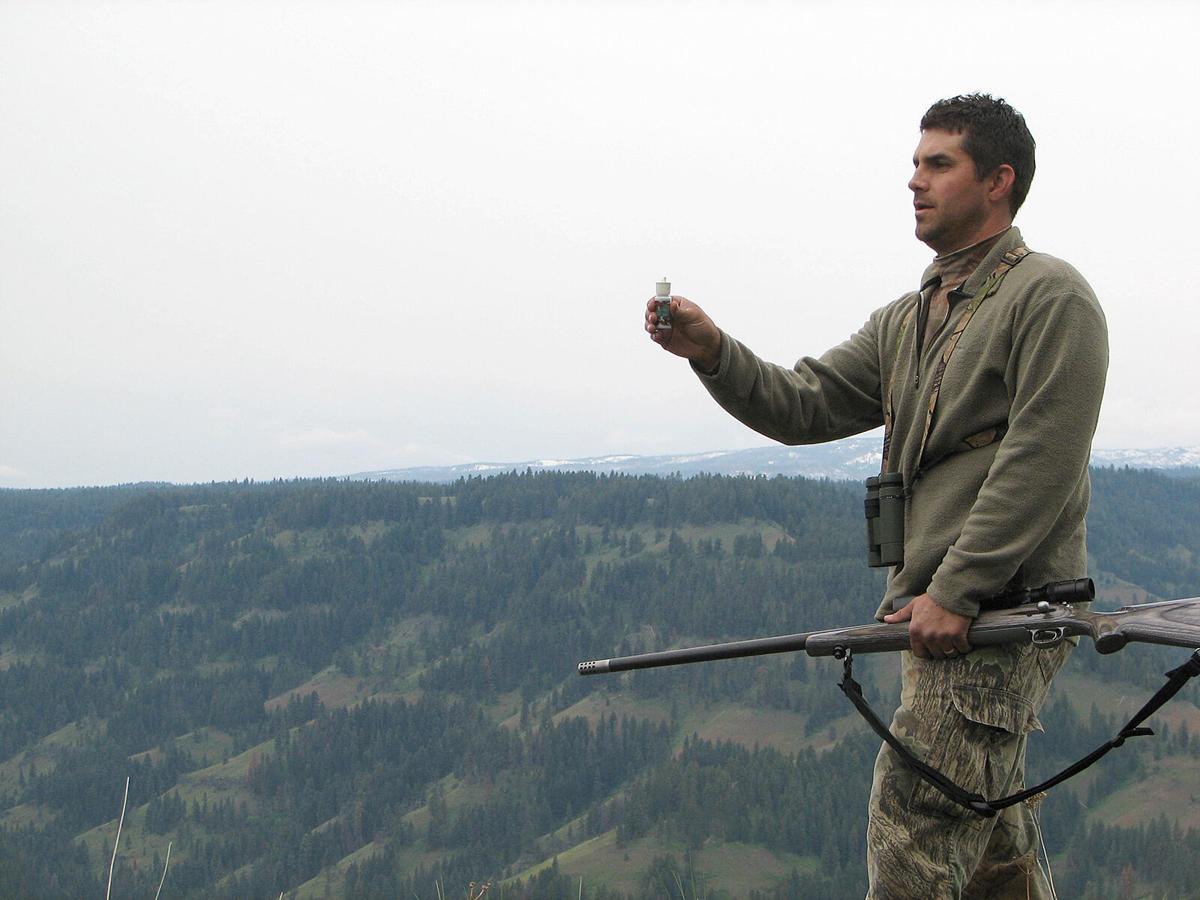 Bryan Murphy checks the wind while hunting bear in the Snake River Unit.

Bear tracks in a trail in early August.

Bear tracks on a trail in early August.

Bryan Murphy checks the wind while hunting bear in the Snake River Unit.

“If I’d hesitated another moment I could have had a bear and T-bone steaks,” joked Oregon hunter Dan Turpin. It was opening day of deer season and he was hunting in the Ochocos.

He followed a trail up the canyon on an old logging road. Tall timber kept the trail in shadow and groundwater helped the ferns stay green, even in early October. Turpin found where a buck had rubbed his antlers on some willows and began to look for the tracks.

Pounding hooves caught his attention. Something coming fast. Turpin settled in behind a fallen tree to watch. A herd of cattle lumbered into view. A young calf galloped at the rear and right on its heels was a bear.

Turpin, armed with a bear tag and a Remington 30-06, had a moment’s decision. Should he take the shot and risk alarming the buck he was hunting? Or let the bear pull the calf down? He took the shot when the wide-eyed, bawling beef and the bruin were less than 25 yards away.

Many hunters carry a bear tag — just in case — during fall deer and elk hunts. More and more hunters are hunting bears as a primary target.

Oregon’s bear population is thought to be close to 30,000 animals, spread over approximately 40,000 square miles of habitat. Plentiful, but not easy to find. In the late summer and early fall, a hunter should focus on the groceries to find a bear.

Berries are a food source that can be counted on year after year. Some seasons are not as productive as others, but when the berries are ripe, the bear know it. At this time of year in the Blues, in the Wallowas and the Elkhorns, hunt the high meadows and old burns.

Patches of hawthorn berries often are a favorite food source. Where huckleberries and blackberries grow wild, a hunter can find a bear by watching trails that lead from bedding areas to feeding areas.

When apples in old orchards begin to fall, a downwind stand taken in a nearby tree can yield the hunter a chance at a bruin. Likewise, bear will return year after year to hardwood forests when acorns carpet the ground beneath the oak trees.

In late September through October, salmon can be found in some interior streams, such as the Imnaha and tributaries of the John Day. As the fish swim upstream they become vulnerable to bears. After they have spawned their bodies are washed up on gravel bars. An alert hunter watching a river bottom might spot a bear that walks onto a gravel bar hoping to find a salmon.

Today, more than at any other time in recent memory, black bears are plentiful. Plentiful enough that more and more hunters key on the groceries and target bears as a primary species. This fall, carry a bear tag whenever you venture into the woods for other game.

The food sources can shift from week to week. Remember that black bear that was chasing the cattle. Fall bears follow the feed.

Gary Lewis is the author of “Fishing Central Oregon,” “Oregon Lake Maps and Fishing Guide” and other titles. To contact Gary, visit www.garylewisoutdoors.com.