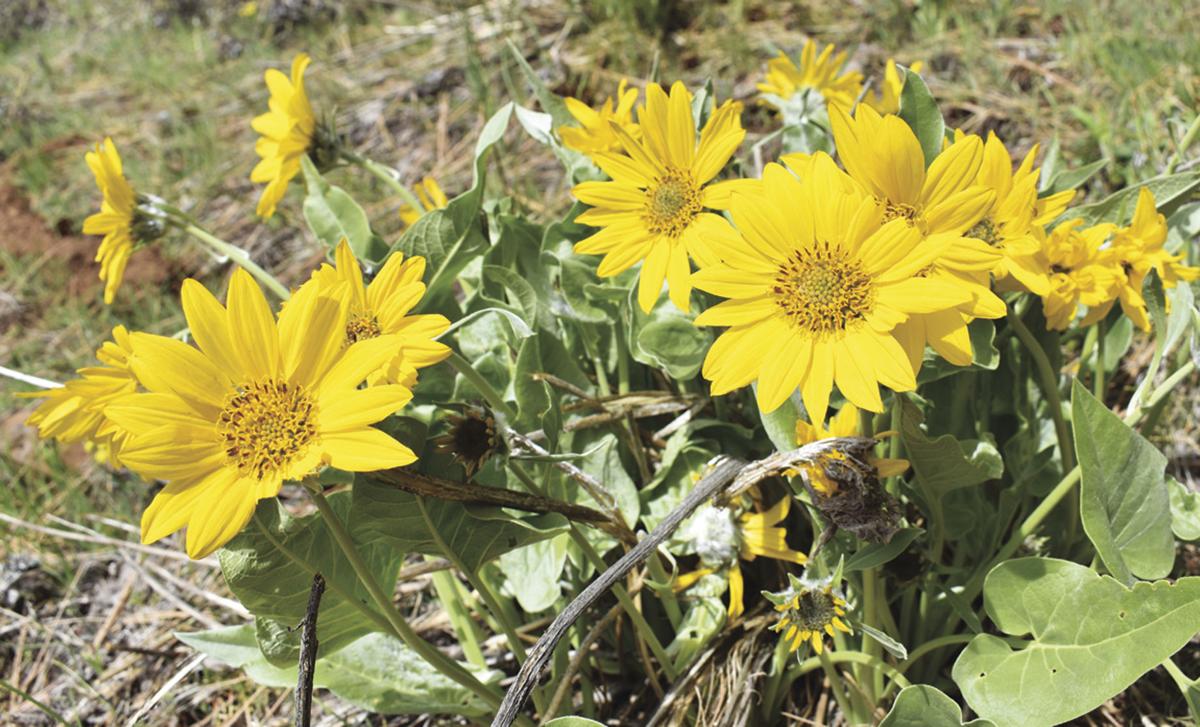 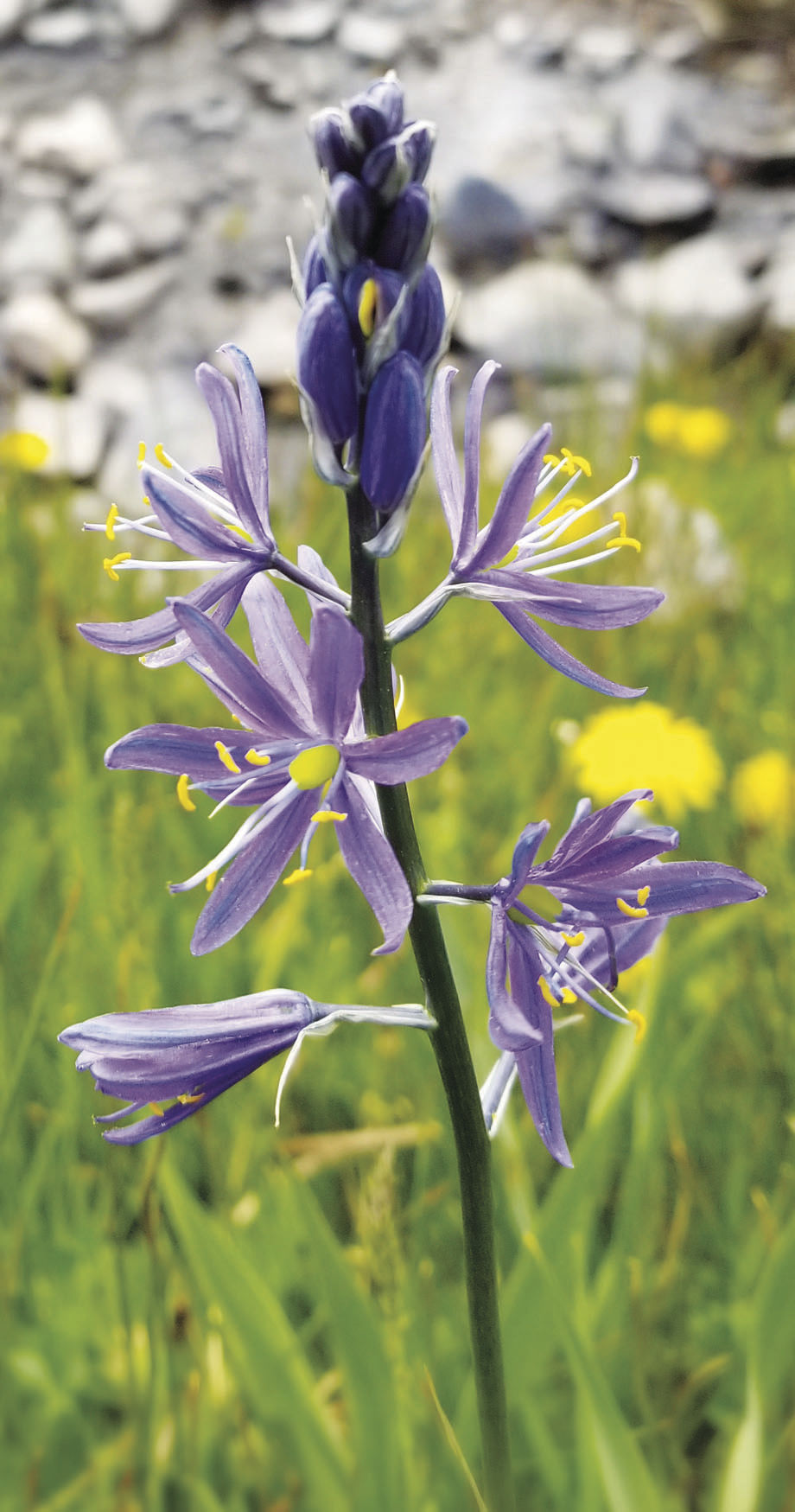 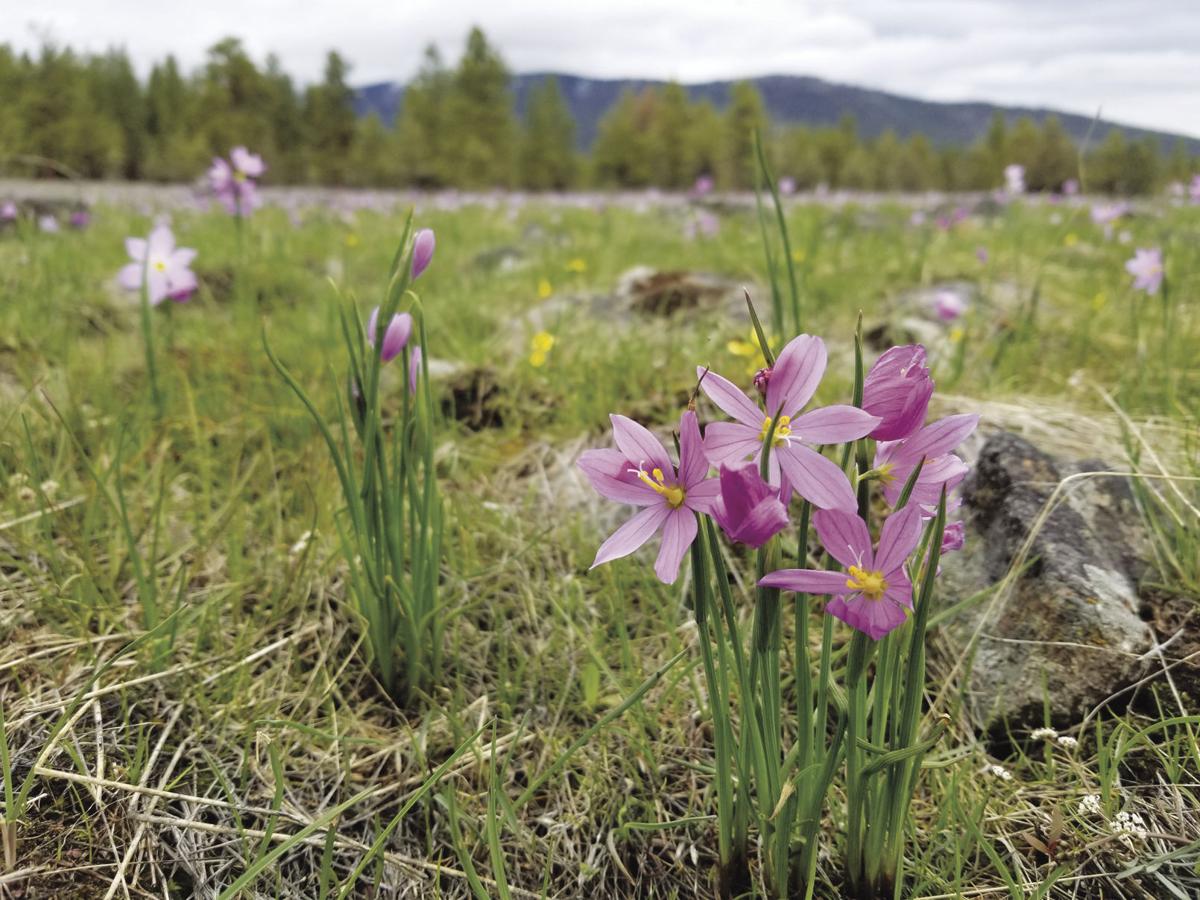 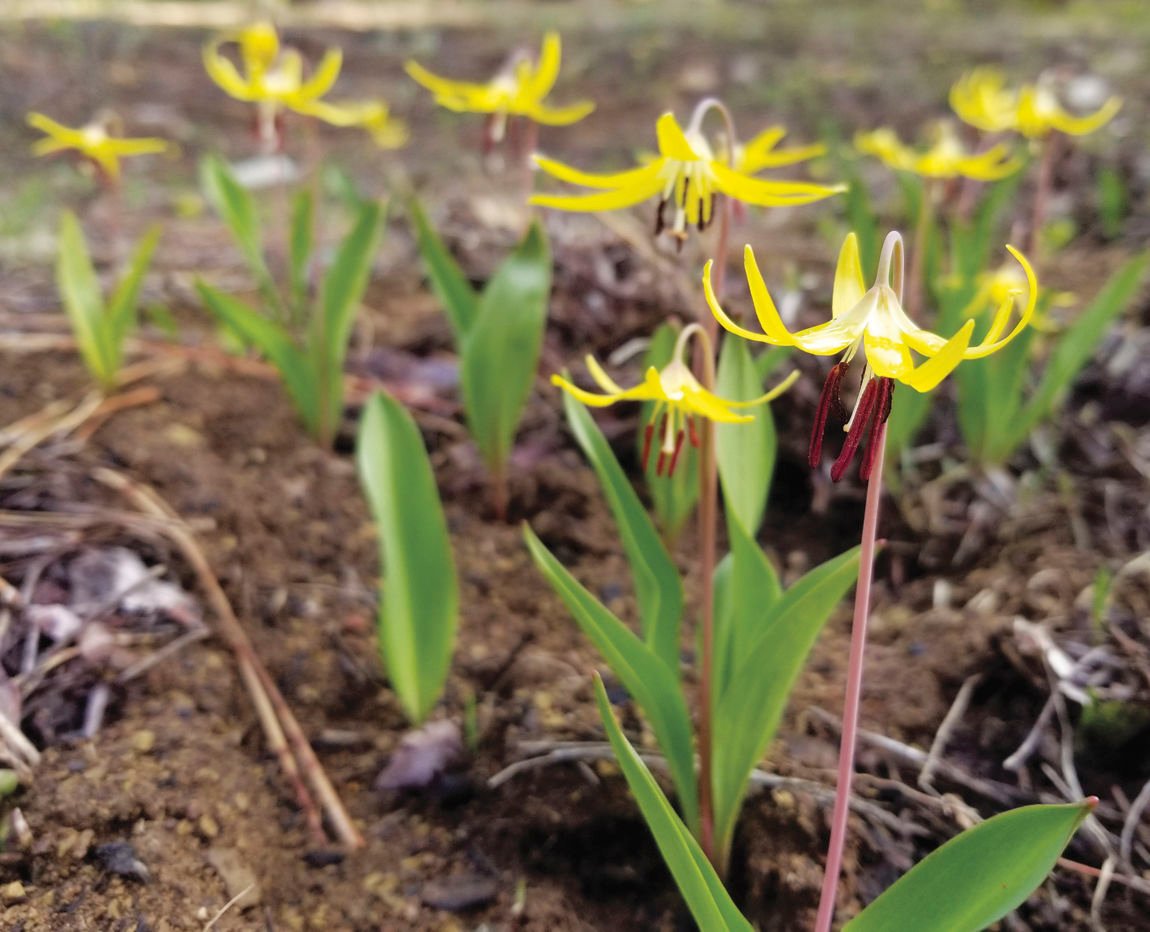 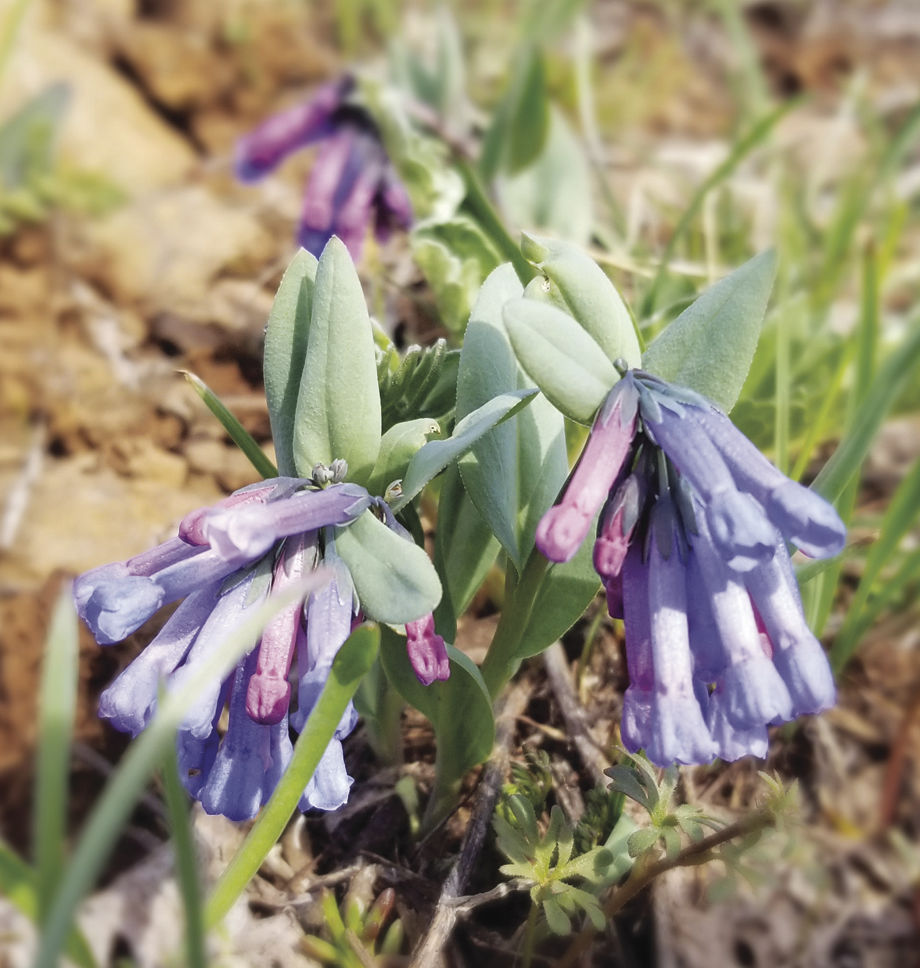 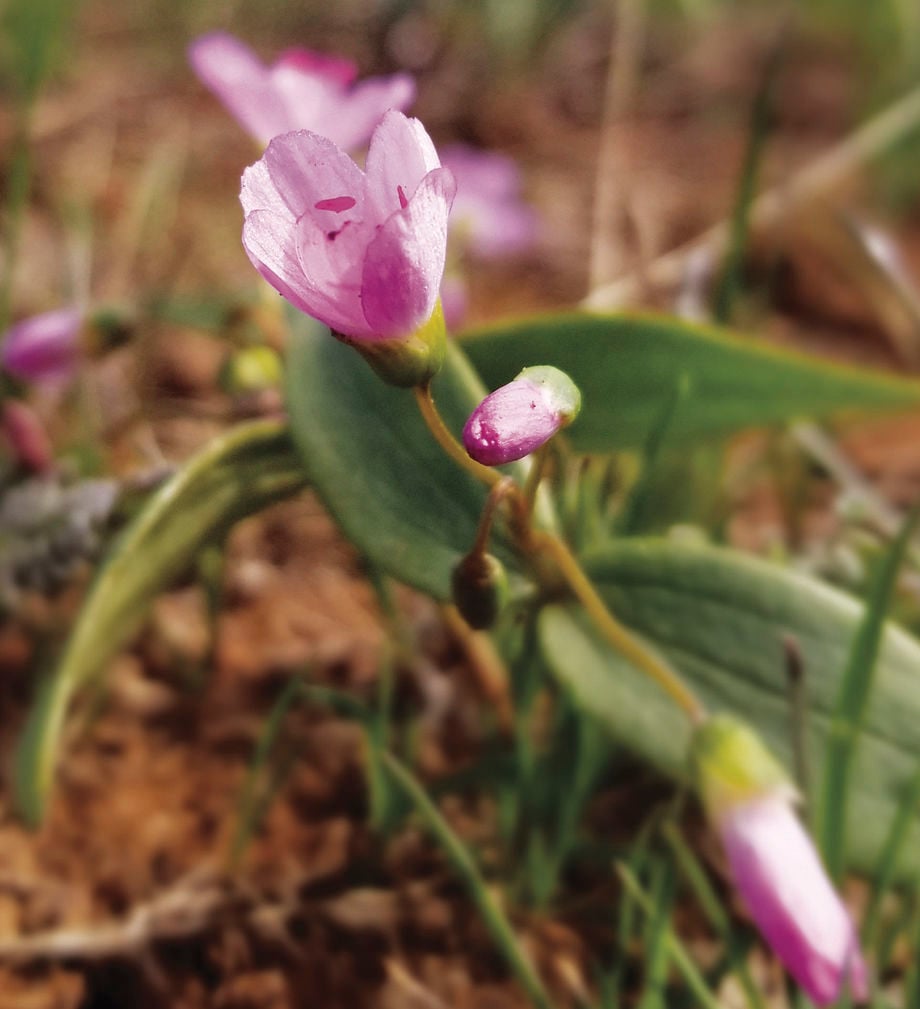 We walked into the meadow and for a moment I wondered whether some noxious substance had been spilled across the otherwise sylvan scene.

The light green expanse among the ponderosa pines in the hills north of Phillips Reservoir seemed to be stained by a sort of soft pink fuzz.

It was almost as though a ground fog had formed in the meadow, albeit a curiously colorful fog.

But once my eyes adjusted after a few seconds I realized the source of this illusion wasn’t a toxic accident, but purely the product of nature.

The tinge was caused by a proliferation of wildflowers unlike any I’d seen before.

And it was a single species that had so transformed this place I have hiked through perhaps a dozen times over the years. Grass widows, despite their grim name, are a joyful sight in bloom.

A type of lily, grass widows are one of the common early-blooming wildflowers in Northeast Oregon.

Their pale pink blossoms typically start to open in late March or early April, a few weeks after buttercups and desert parsley begin to brighten the dull post-winter landscape with their yellow flowers.

Grass widows are widespread, but I’ve never seen them bloom in such volume as on the plateau about a mile south of Highway 7, between Union Creek and California Gulch (see directions below).

My wife, Lisa, and I have gone hiking most weekends this spring with our kids, Olivia and Max, and we’ve enjoyed wildflowers at every destination.

A couple weeks ago we started to see glacier lilies (photo above, right), the delicate yellow flowers also known as avalanche lilies. Both names, with their snowy connotations, derive from the species’ tendency to bloom in places that only recently harbored lingering snowdrifts.

The dry rangelands east of Baker City are well into the seasonal progression, with phlox and lupine and balsamroot beginning to supplant desert parsley.

As the snow recedes in the mountains, species such as Indian paintbrush, larkspur and penstemon will rise soon.

Drive on Highway 7 south of Baker City for about 17 miles. Between Mileposts 33 and 32, turn right onto gravel Union Creek Road. The junction is just east of the entrance to Union Creek Campground. A few hundred feet off the highway, after crossing a cattle guard, turn right on a dirt road — Forest Road 010 — that runs steeply uphill. Follow this rough road (not suitable for low-slung cars) east for about 2 miles to a power line. Follow the line uphill to the plateau festooned with grass widows. The colorful show will fade later in May.